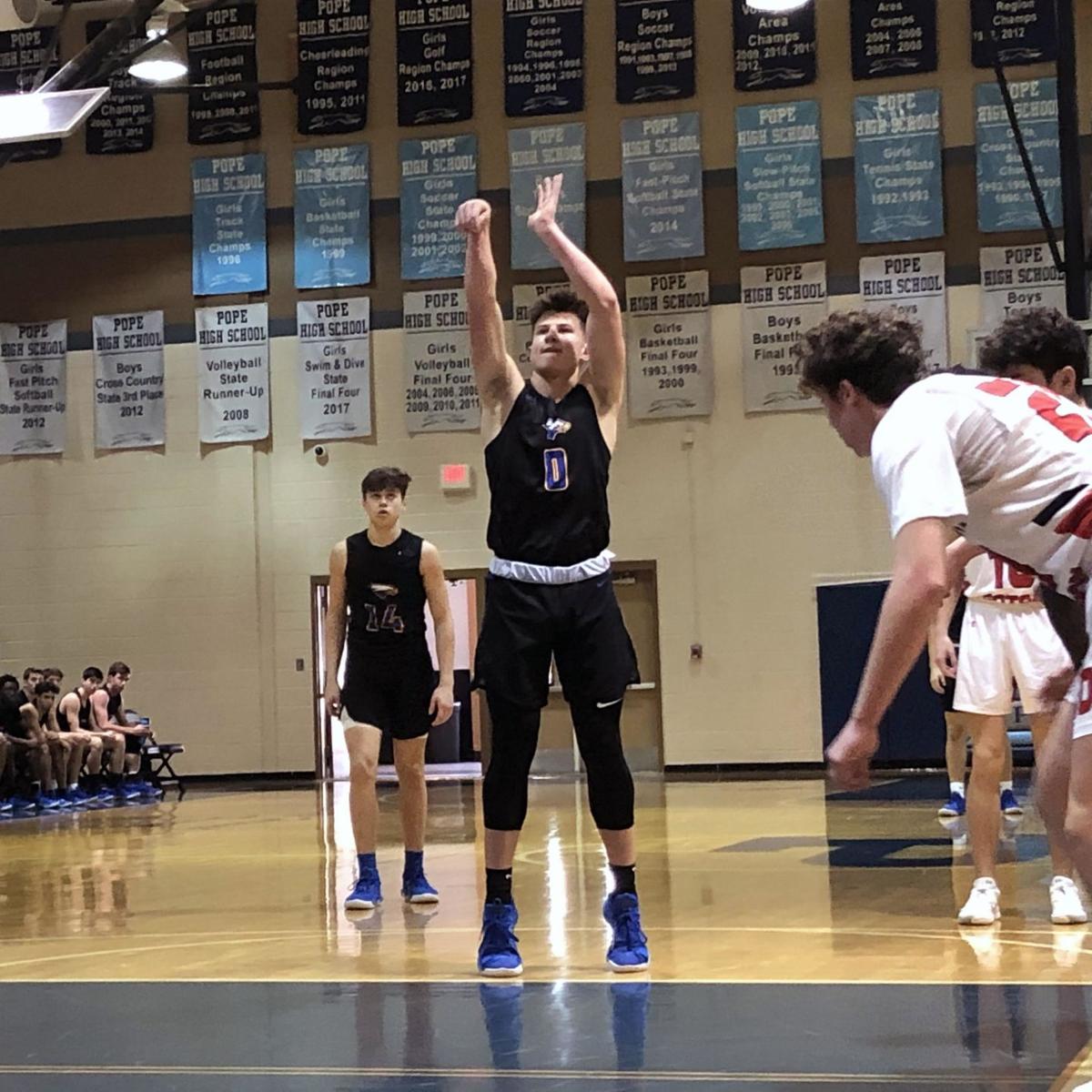 Etowah’s Brock Rechsteiner shoots a free throw in the first half of Etowah’s win over Forsyth Central on Monday at Pope High School in Marietta. 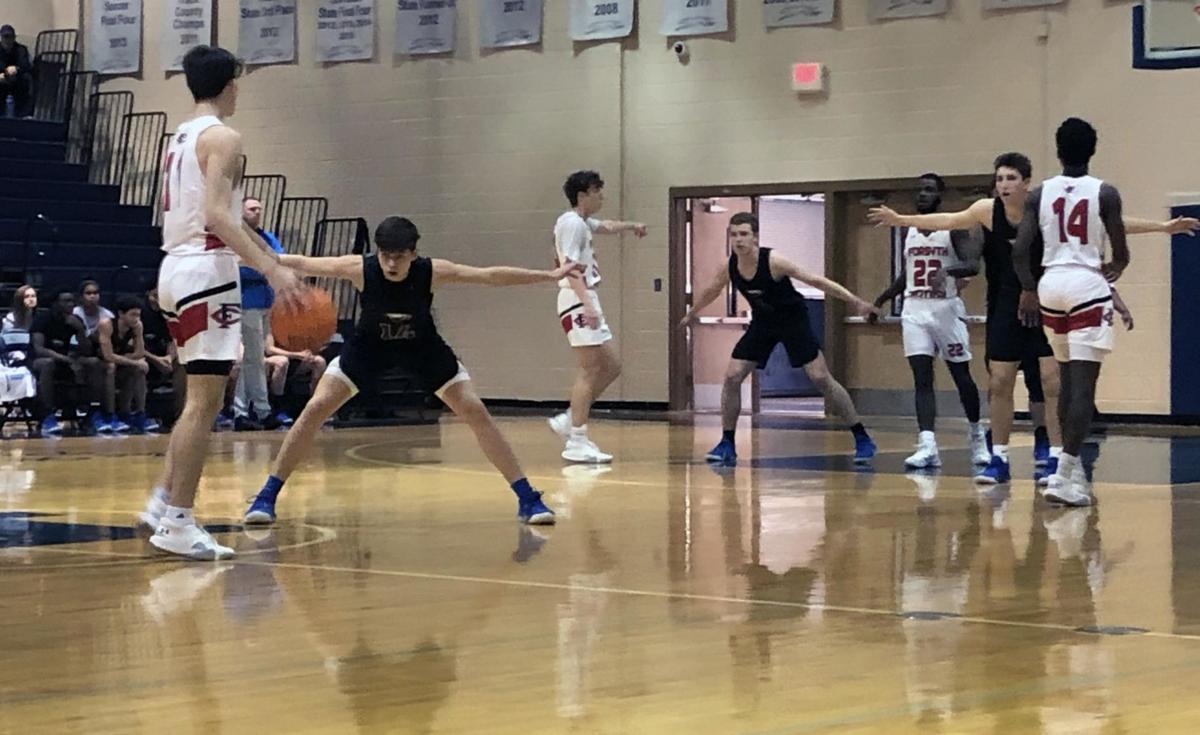 Etowah’s Brock Rechsteiner shoots a free throw in the first half of Etowah’s win over Forsyth Central on Monday at Pope High School in Marietta.

Etowah (10-4, 2-0) defeated Forsyth Central 71-50 on Monday afternoon behind what coach Jason Dasinger called the most complete team effort of the season. Four players finished in double figures in scoring for the Eagles led by Cole Ellis who finished with 17 points including five made 3-pointers. With the win, Etowah finished in 7th place at the tournament.

Behind Brock Rechsteiner’s 14 first half points, Etowah led 39-31 at the end of two quarters but it was a defensive adjustment which ended up being the difference according to Dasinger.

“We just kind of adjusted how we were playing defense against them because they had a couple of very good shooters who were capable of making those one dribble pull-ups,” Dasinger said. “We plan man defense for the most part and we did a better job of keeping them in front of us in the second half and we stopped letting them go baseline.”

Etowah lost 70-67 to Westminster in a nail-biter on Friday night where the Eagles had a last second shot to possibly tie the game. Hillgrove then defeated Etowah 59-35 on Saturday afternoon, so Monday afternoon’s win prevented a three-game losing streak to end the calendar year.

Earning a win on the final day of the tournament was important heading into the meat of the Region 4AAAAAAA schedule.

“Saturday we didn’t shoot the ball well and I did a very poor job of preparing our team to play that game,” Dasinger said. “It was nice to respond well today. We could be feeling completely different, even if we won that game on Saturday, if we had lost today. I think we learned from Saturday’s game and I think we got better this weekend which is all you really want during Christmas tournaments.”

Ellis added three assists to his team-high 17 points and Colby Flaig finished with a double-double, scoring 11 points while grabbing 10 rebounds to go along with five assists.

Along with a defensive adjustment, freshman Mason Etter was a key factor in Etowah separating itself in the second half. Etter bounced back from a sprained ankle which held him out of Saturday’s game and scored all of his 13 points in the third quarter. Etter finished with five rebounds while Rechsteiner added eight rebounds.

Etter made three 3-pointers in the third quarter and the Eagles finished with 14 made 3-pointers in Monday’s game. A number of Etowah players shot the ball confidently from behind the arc against Forsyth Central and Dasinger said he gives his players the freedom to take those shots.

“If Mason (Etter), Cole (Ellis) and Brock (Rechsteiner) are all shooting well then we’re a difficult team to guard,” Dasinger said. “We shot it well today.”

Etowah sits tied with Cherokee atop the region standings and will play next at 7:30 p.m. on Friday at Roswell.