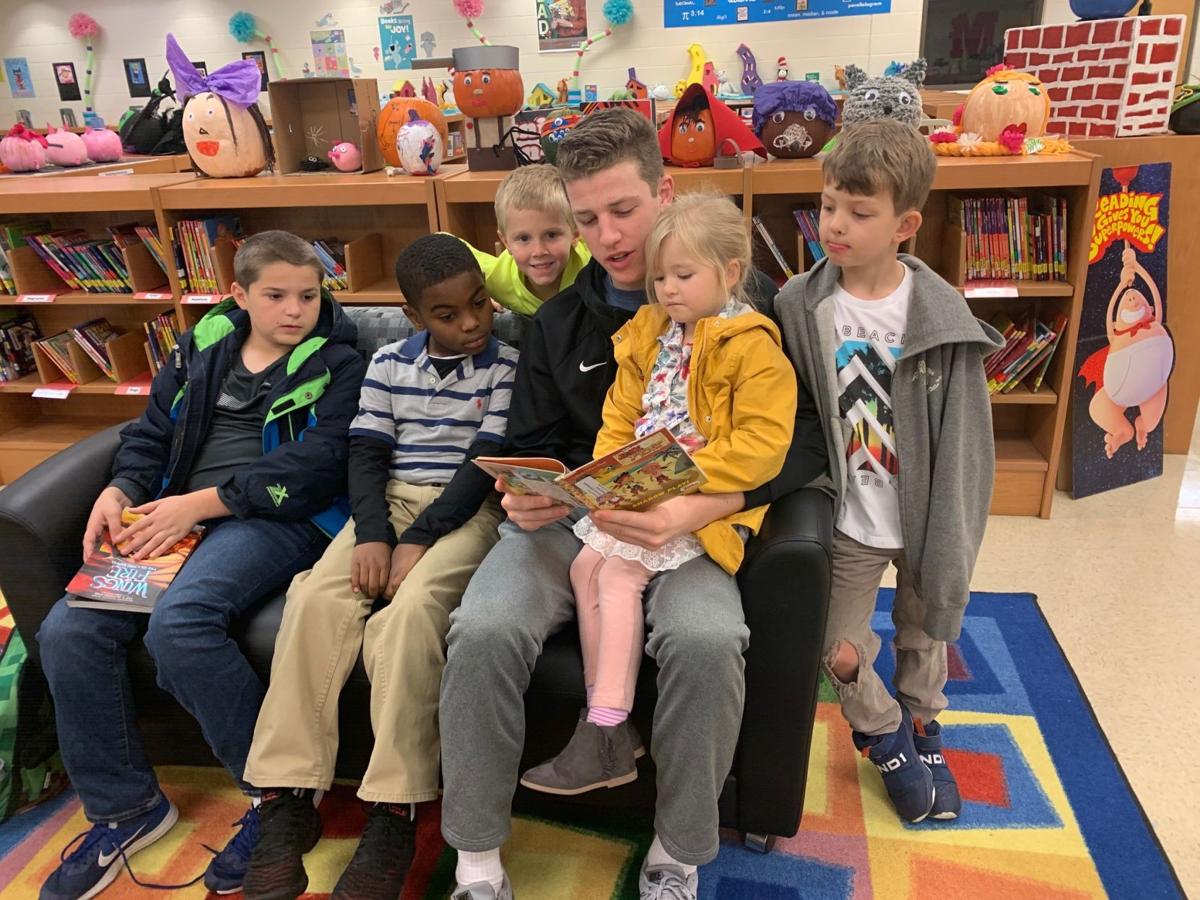 Above: Etowah basketball player Will Garvey reads with students at Clark Creek Elementary School earlier this fall as a part of the EAGLES program. Garvey is one of a number of athletes who have been part of the school’s E.A.G.L.E.S. program, in which they help promote literacy at local elementary schools. Below: Megan Stephan, a member of Etowah’s cross country and track and field teams, sits with students at Clark Creek 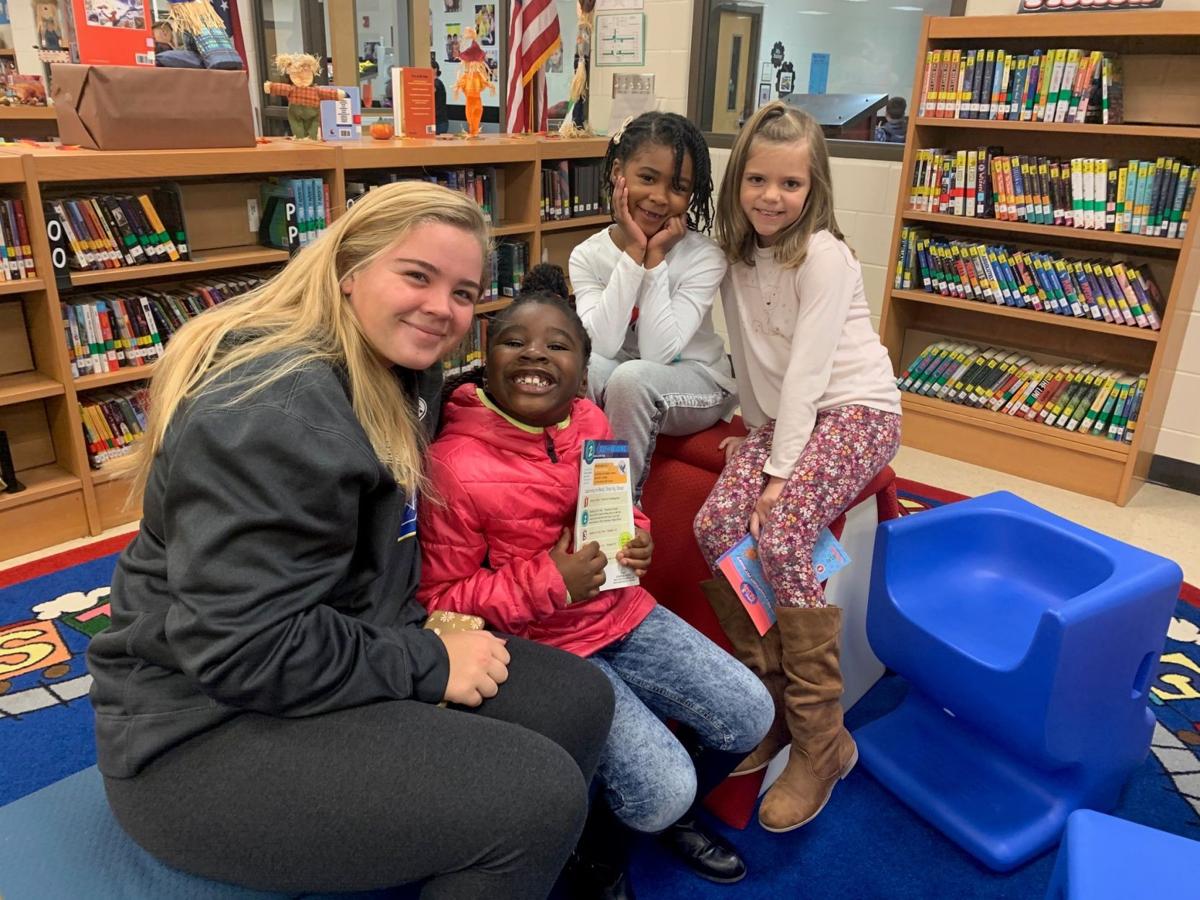 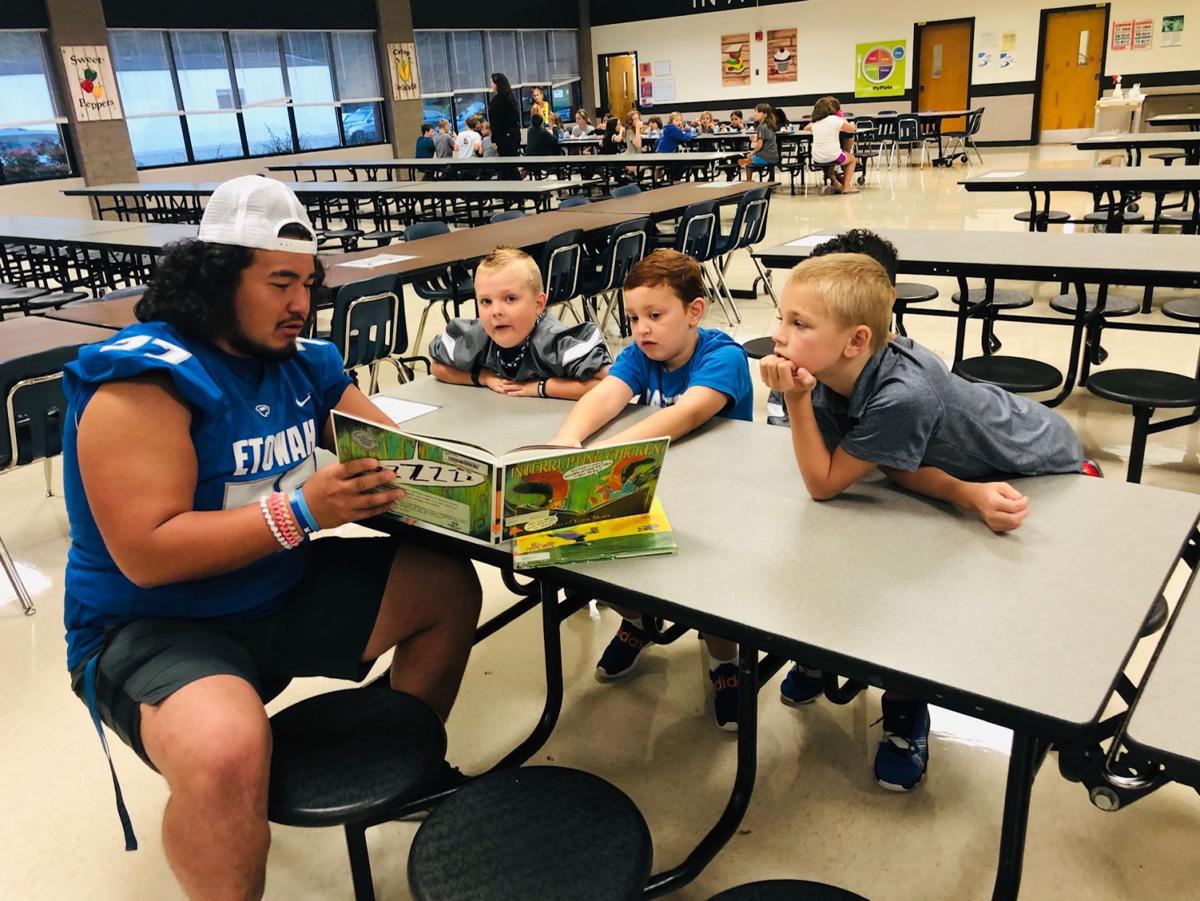 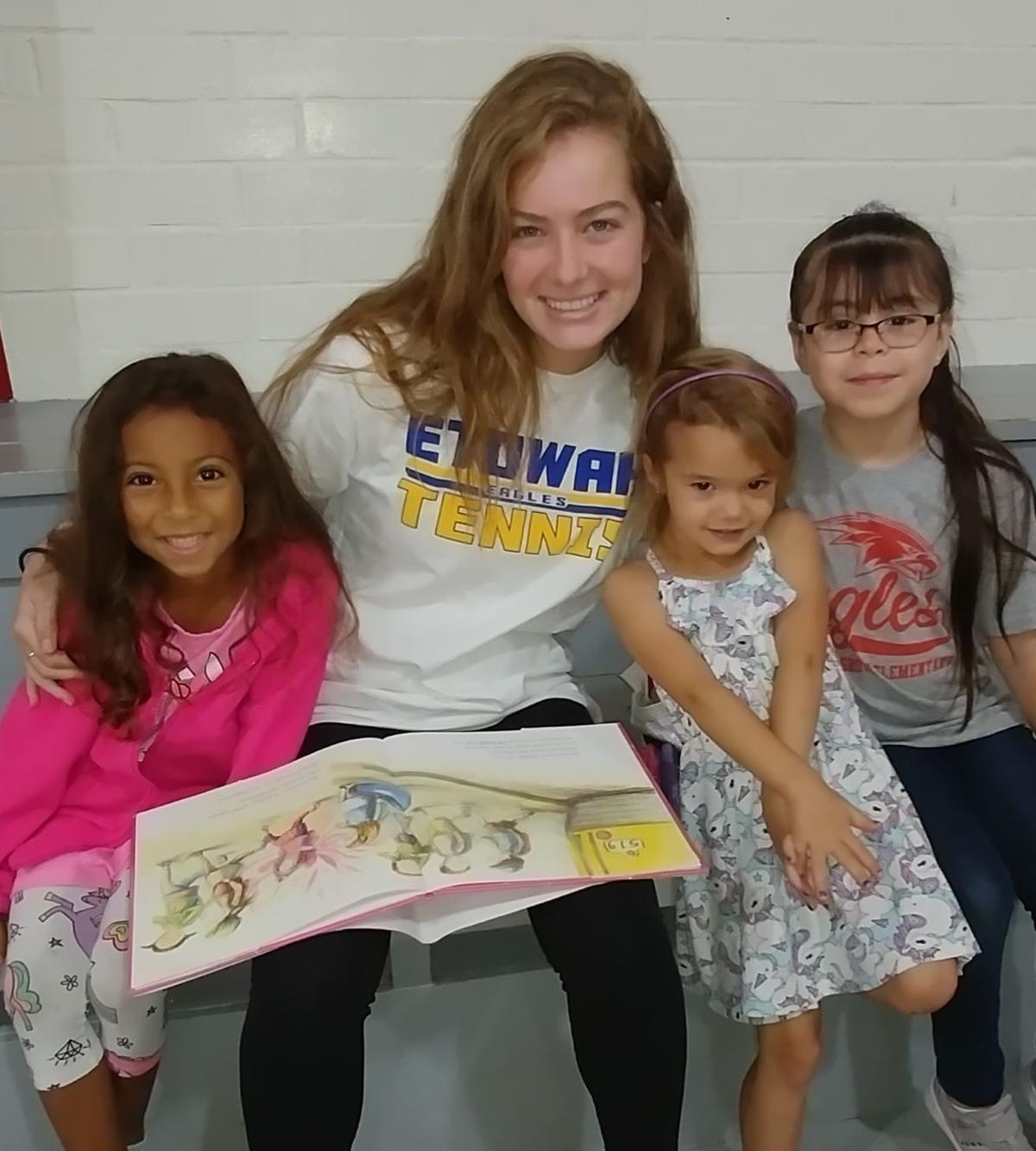 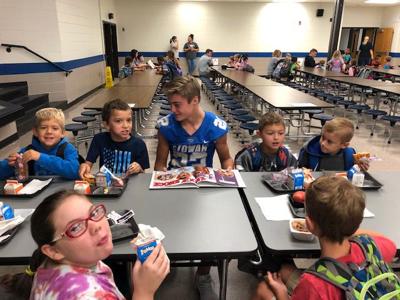 Above: Etowah basketball player Will Garvey reads with students at Clark Creek Elementary School earlier this fall as a part of the EAGLES program. Garvey is one of a number of athletes who have been part of the school’s E.A.G.L.E.S. program, in which they help promote literacy at local elementary schools. Below: Megan Stephan, a member of Etowah’s cross country and track and field teams, sits with students at Clark Creek

WOODSTOCK — A student-athlete’s impact often travels well beyond the courts or fields of play, but whether they choose to use their influence is up to them.

This past fall marked the third straight year athletes from Etowah participated in the school’s E.A.G.L.E.S. (Etowah Athletes Growing Literacy in Elementary Students) program. Media specialist Steve Sapere introduced the idea three years ago after running a similar program during his time at Creekview.

The mission is simple — use high school athletes to spark interest in reading at the elementary school level.

With more than 20 years experience in education, Sapere sees high school athletes as having a unique ability to influence those just behind them.

“You have a platform as an athlete that the average student doesn’t have,” Sapere said. “Right or wrong, it is what it is. If we don’t choose to use that platform to make our little corner of the world better, then I think we’re missing the boat. I think the coaches in this county get that.”

At the conclusion of each school year, Sapere sends an email out to Etowah coaches asking them to identify their highest-character athletes. According to Sapere, athletes are identified for the E.A.G.L.E.S. program by having a heart for helping others.

Once a month, the athletes chosen for the program attend each of the four elementary schools that feed into Etowah. A majority of the elementary students impacted by the program ride the bus to school, and the Etowah athletes are there waiting for the children when they get off the bus at 7 a.m.

The 30 minutes spent with the athletes has made a difference according to those closest to the children.

“The children’s faces light up when they see the ‘big kids’ coming to read, and word spreads like wildfire when the high-schoolers walk through the front doors,” said Jennifer Martin, the media specialist at Boston Elementary School. “All of the ‘littles’ want to come to the media center to spend time with the readers. It’s really not just about the reading. The high-schoolers always talk to the little ones about school and their families, so it’s a great way for them to share about themselves and receive attention from a different point of perspective.”

Sapere echoed Martin’s sentiment, saying the bonds built through the E.A.G.L.E.S. program make it hard to say goodbye at the end of the school year. Introducing a love for reading is the primary goal, but certainly not the only outcome.

Each elementary school has a dedicated group specific to them, so the younger children grow accustomed to the familiar faces once a month on a Friday morning.

“Our kids don’t realize it until they go how much the younger kids look up to them,” Sapere said. “The younger kids will hang on every word. If our kids didn’t understand it before, they get it after they go for a few times.”

Sapere said every sport at Etowah is represented in the program. Will Garvey, a senior basketball player, was a member of the first graduating class at Clark Creek Elementary School in 2012, and his younger brother and sister attend the elementary school now.

Lisa Boyson, Clark Creek’s media specialist, taught Garvey when he attended the school, and seeing a former student return to give back brings a certain amount of pride.

“Will is great with the students,” Boyson said. “He encourages them and treats them like family. He often has the largest group join him to read on Fridays, and he makes them all feel welcome.”

Sapere said the program equally benefits both the children and the athletes. Data is not kept to track the younger students’ literacy, but the program has influenced a number of children in Cherokee County.

“It’s a drop in a very large bucket in terms of making an impact on the literacy rate,” Sapere said, “but if one or two kids pick up a book because the football player or volleyball player or cheerleader read to them, then that’s a win for us.”