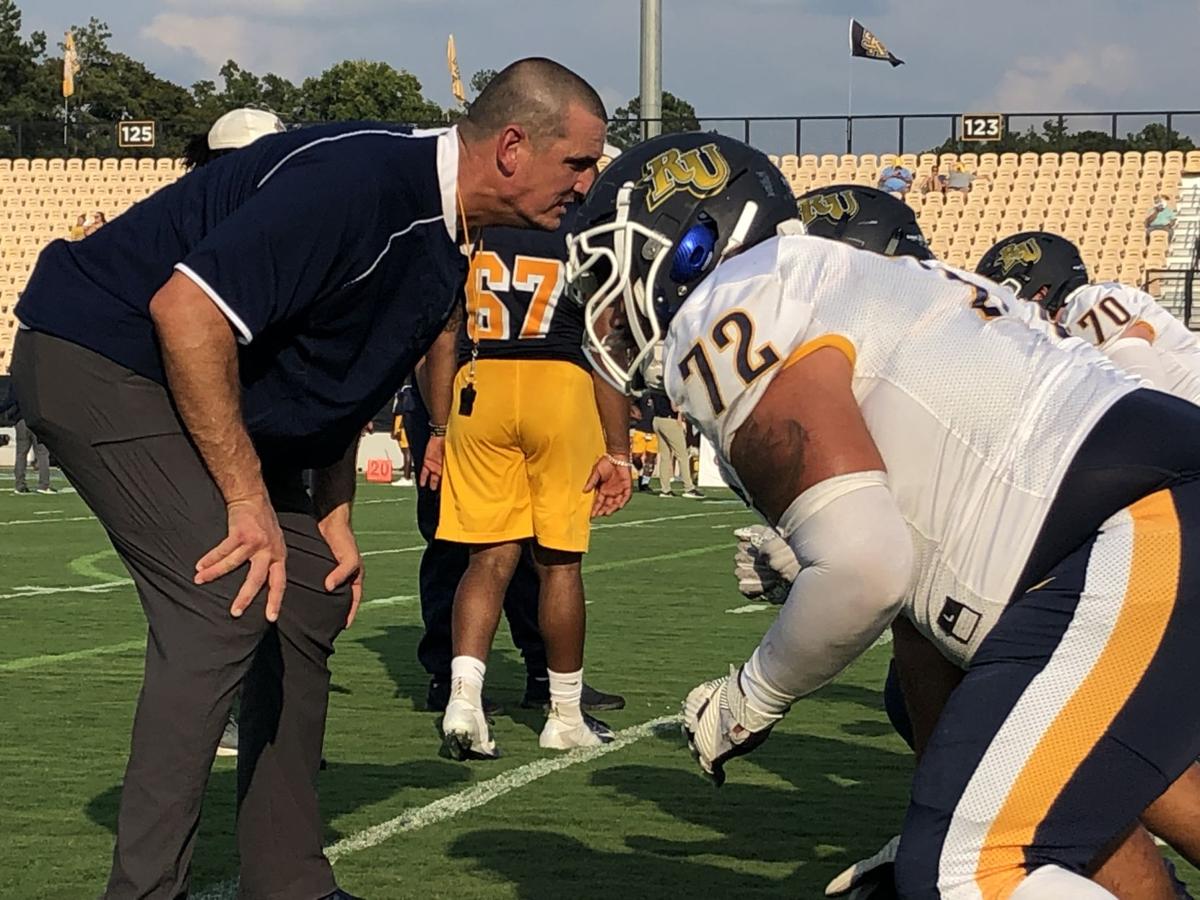 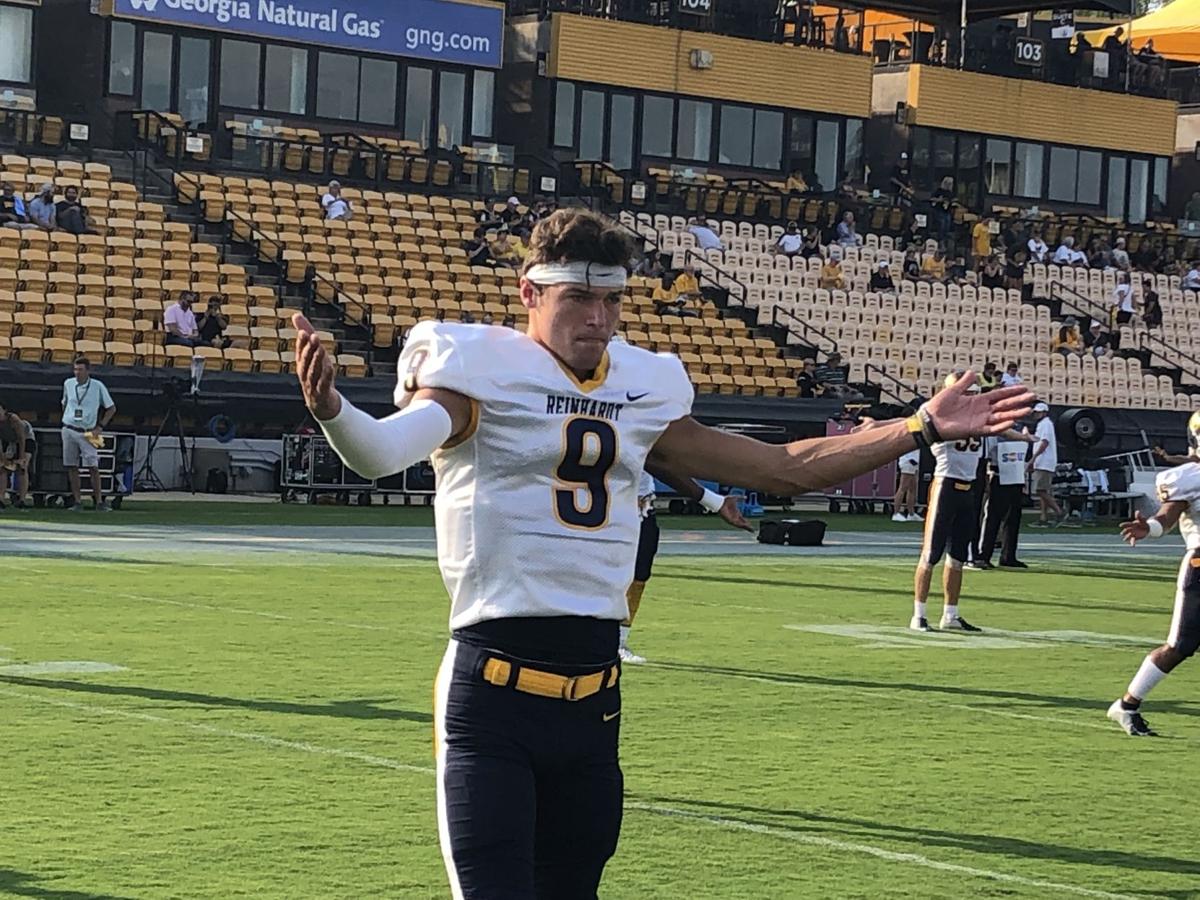 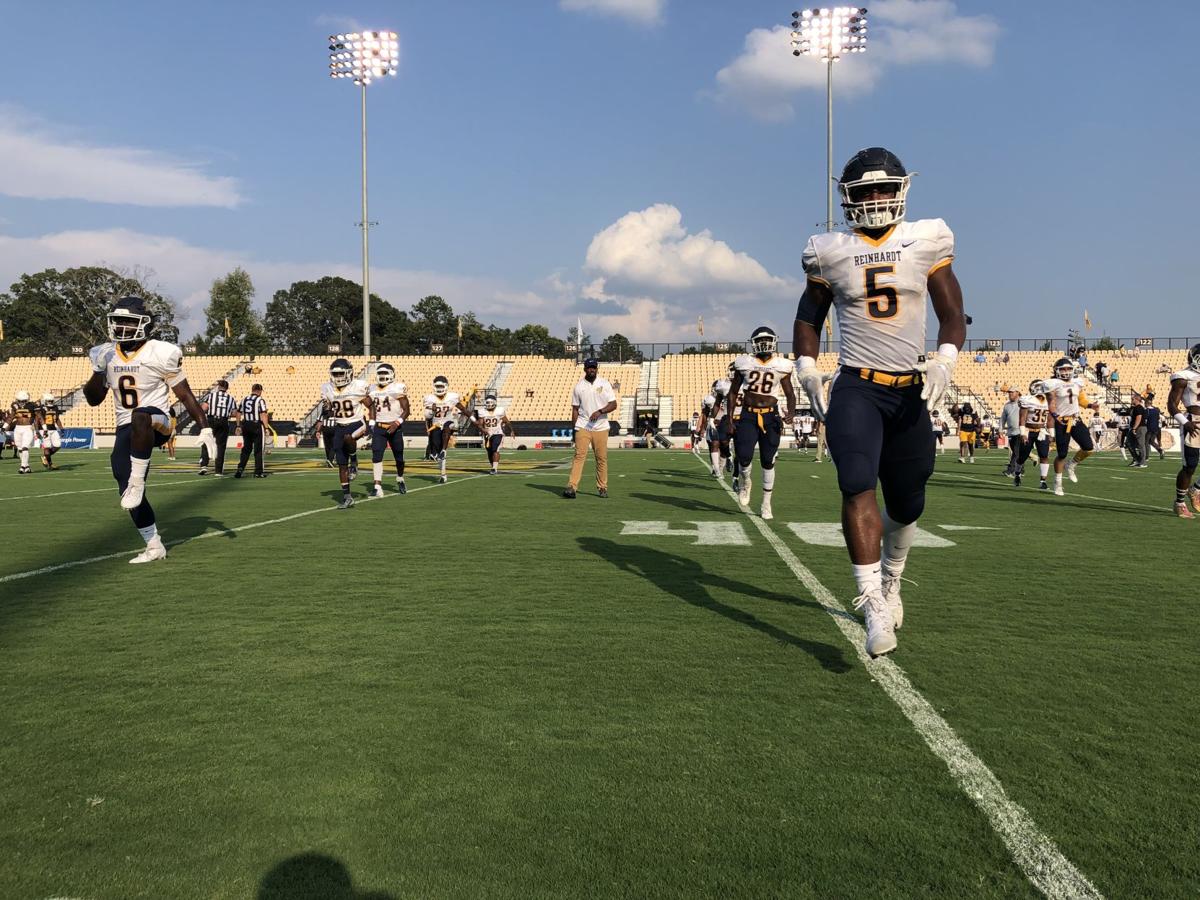 Reinhardt running back Trevae Cain (5) warms up before a game at Kennesaw State University earlier this season. 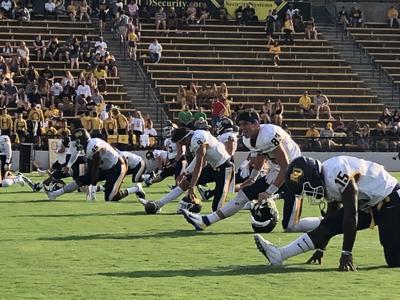 Reinhardt running back Trevae Cain (5) warms up before a game at Kennesaw State University earlier this season.

With the weather finally turning past the late summer heat, Reinhardt will return home this week following a four-game road swing and coming off its biggest win of the season.

Reinhardt (4-2, 1-0) defeated Kentucky Christian University 71-20 last Saturday in its Mid-South Conference opener and the Eagles will try to follow up on the fourth-highest point total in program history as they play their first home night game of the season. The Eagles will kickoff at 6 p.m. against Bluefield College (Va.) at Ken White Field at University Stadium in Waleska on Saturday night.

Bluefield College (1-4, 1-0) defeated Union College (Ky.) 57-14 last week to win both its first game of the season and its Mid-South Conference opener. The Rams led 35-0 in the second quarter and 41-7 at halftime against Union College and should feel confident following a game where they scored their most points all year while allowing their fewest.

Bluefield quarterback Aidan Wilder has been the focal point of the Rams’ offense this season. Wilder is averaging 236 passing yards per game and his favorite targets have been Jaquan Ebron (21 receptions for 385 yards) and Lowell Patron Jr. (18 receptions for 303 yards). When the Rams’ are effective on offense is primarily through the air, but the team also averages 115 yards rushing per game and rushed for a season-high 178 in last week’s win.

Travis White leads Bluefield with 179 rushing yards on 36 carries but expect Wilder to run the ball often as he leads the team carries with 70 and rushing touchdowns with five.

The Reinhardt defense is allowing 14.8 points per game, good for 14th best in the NAIA, and is fourth in the country in sacks with 18. Despite missing multiple starters in several games the Eagles’ defense has played well as a unit and seen the emergence of several first-year playmakers. Sebastian LeGarra leads the team in tackles with 35 while Brandon Ballard leads the team with three sacks. Sidney Hamm and Kellen Neal each are tied for the team lead in interceptions with two apiece.

Reinhardt contained the Kentucky Christian offense last week which had been posting big numbers all season, recording three interceptions and five sacks in the process. The Eagles’ secondary will likely have more opportunities this week against Wilder, who is third in the conference in passing.

Before last week, Bluefield’s defense was surrendering 41.5 points per game and this season the Rams’ are allowing their opponents an average of 378 yards per contest. That should bode well for Reinhardt, which tallied nearly 500 yards of offense last week. Bluefield allows only 119 yards rushing per game and the matchup between the Reinhardt running game and Bluefield run defense should tell the tale on Saturday night.

The Eagles enter the game as the No. 4-ranked rushing attack in the NAIA, averaging 243 rushing yards per game.

Reinhardt quarterback Billy Hall has played well this season and leads the team in rushing (363 yards), passing (566 yards) and touchdowns scored (six). Montralius Molsely and Trevae Cain have emerged as the leading tandem out of the backfield for Reinhardt but M’Calun Lanier, Bryce Burgess and Otis Odum all figure to earn offensive touches as well.

Freshman wide receiver Navarie Solomon caught three passes for 93 yards with a touchdown last week and the emergence of a playmaker on the outside could help the Reinhardt offense continue to build on last week’s big win.

Reinhardt coach James Miller said earlier this week his goal was to build off last week’s win and Eagles’ fans will see first-hand on Saturday night how close to that goal the team has reached.