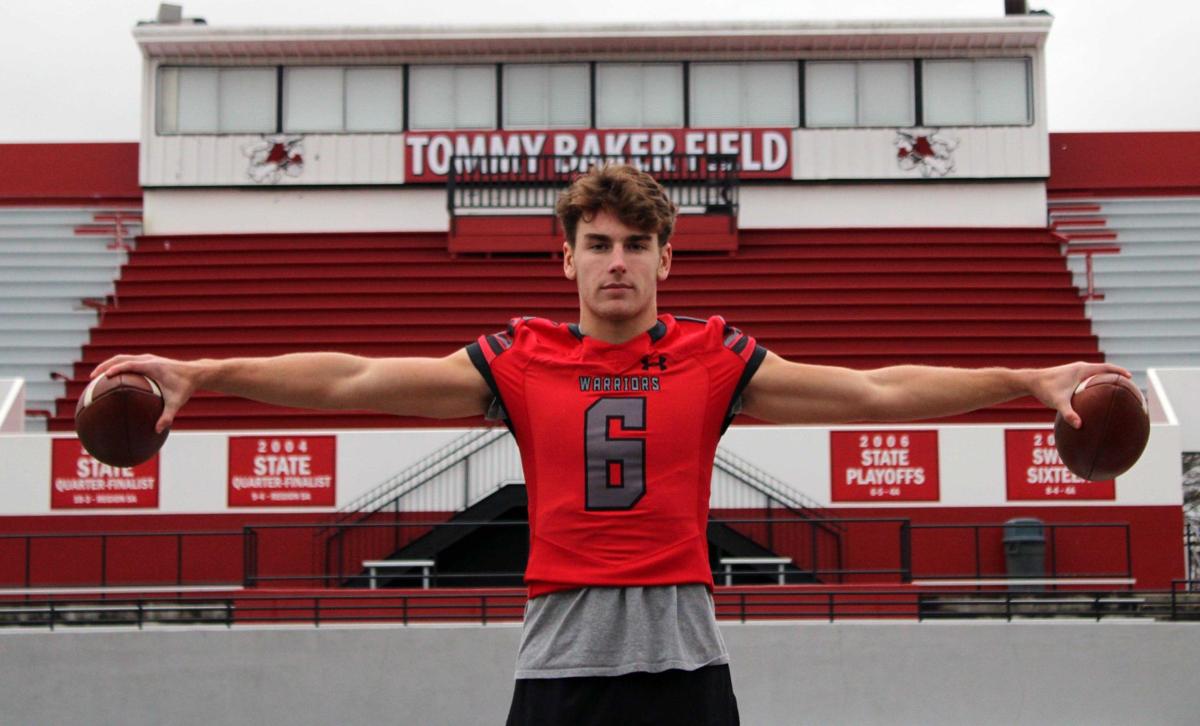 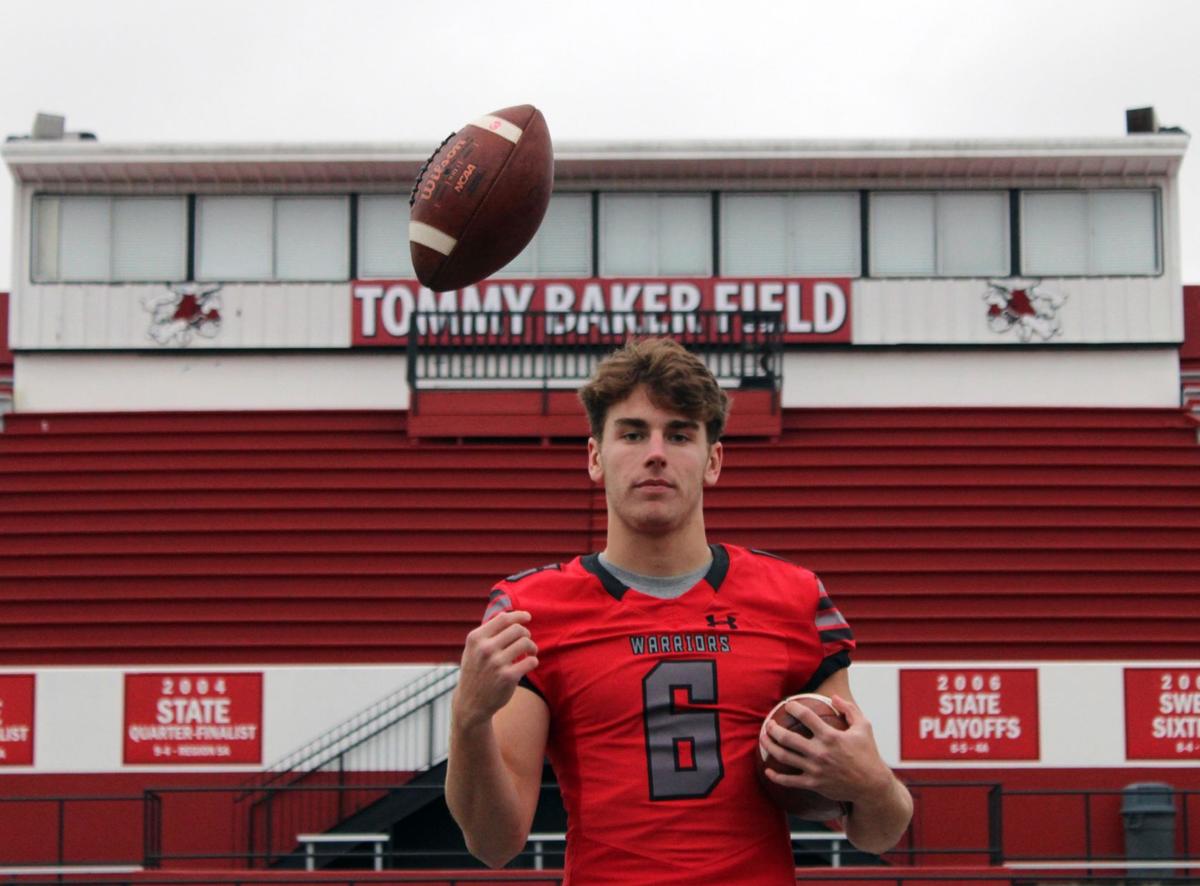 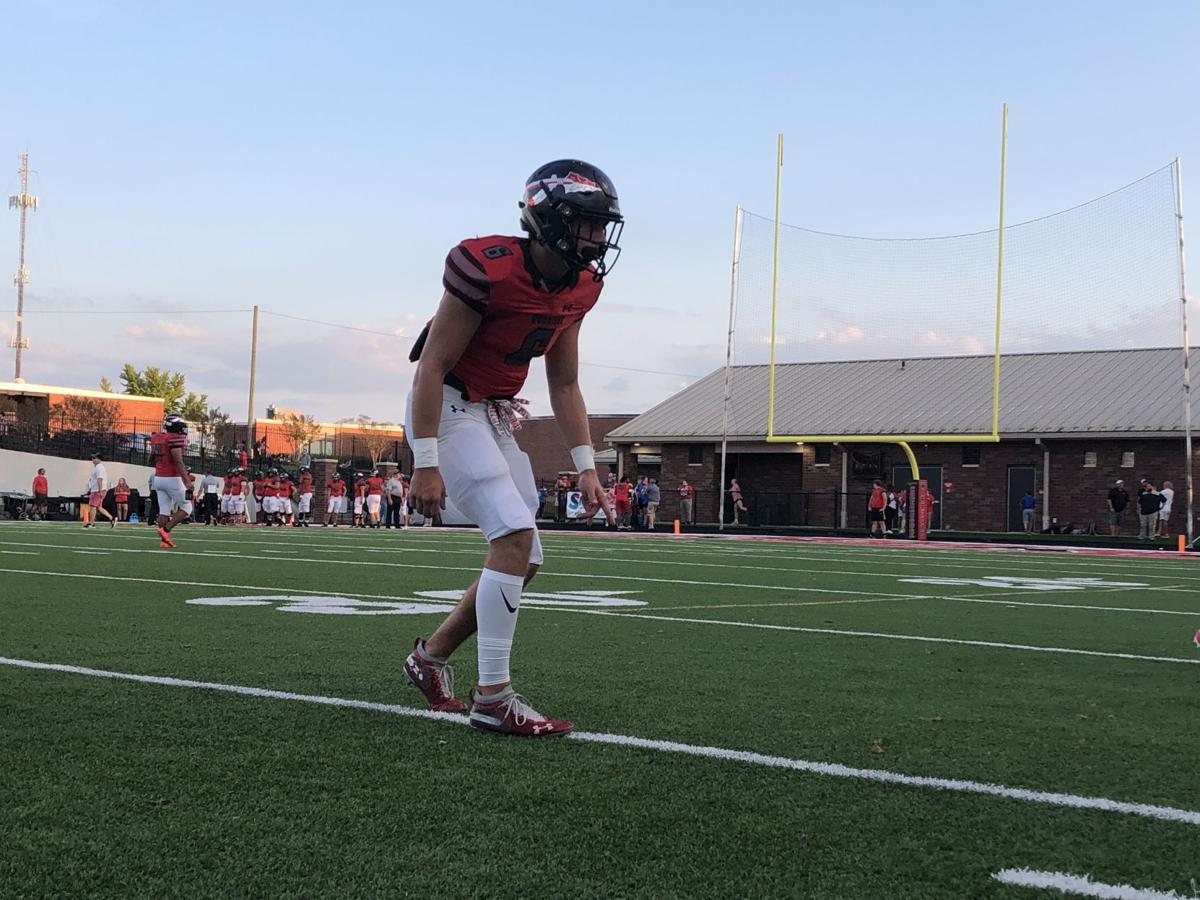 Cherokee senior Patrick Dahlen warms up prior to a home game against Etowah earlier this season.

Cherokee senior Patrick Dahlen warms up prior to a home game against Etowah earlier this season.

CANTON — After the final game of the 2018 season Patrick Dahlen wasn’t sure what Cherokee’s defense would look like for his senior season.

The Warriors needed to replace nine starters and Dahlen expected he’d be used more on the offensive side of the ball during his senior year. Dahlen did play some wide receiver this fall, catching 12 passes for 159 yards and a touchdown, but it was on defense where the six-foot-three-inch, 185 pound safety made his presence felt.

He was the leader on the back end of a defense which helped Cherokee upset Westlake in the first round of the AAAAAAA state playoffs and he finished his career with 18 tackles in a second round loss to Archer.

For helping helping lead Cherokee back to the playoffs and helping lead the program’s best defense since 2006 (16.6 average points against) Patrick Dahlen has been named the Cherokee Tribune Defensive Player of the Year.

“It kind of caught me off guard to be honest,” Dahlen said. “I knew I had a good year but I wasn’t thinking about it a lot. I couldn’t have done it without my teammates and coaches.”

This was a HUGE hit by @12dahlen on third down pic.twitter.com/gztfAwG4Cb

Dahlen grew up playing on the offensive side of the ball, primarily at wide receiver and quarterback. He was moved to defense in ninth grade and at the time was offended because he felt his skills warranted him staying on offense. As the years passed, he began to see how the shift was a blessing in disguise.

He didn’t start a varsity game until the back end of his sophomore season. The team was struggling through an 0-10 season in 2017 and Dahlen was getting his first taste of Friday night lights.

“I had 16 tackles that first game but watching it now I was really playing timid,” Dahlen said. “I didn’t really want to go up and hit these guys.”

Cherokee made the playoffs in 2018, Dahlen’s junior year, and that’s when the rangy safety says he first felt he had the ability to play at the next level. He relied heavily on senior Grant Mogelnicki during that season although he made plenty of big plays himself.

Cherokee coach Josh Shaw said he knew Dahlen could cut it at the varsity level during the 2017 season but it was during his junior season when Shaw saw next-level talent.

“He probably single-handedly won us the Woodstock game last year,” Shaw said. “What I’ll remember most about him on the field is the fact that he made big-time plays in big-time situations. It was an extreme pleasure to coach him to be honest with you. He was easy to coach because the Xs and Os come very easily to him, but he’s also a great character kid from two great parents. That’s why he’ll be successful with whatever he does in the future.”

Dahlen recorded two interceptions in Cherokee’s 14-0 win over Sequoyah in the second week this season. The second interception came in the end zone as Sequoyah attempted a fourth-quarter comeback. It was Cherokee’s first-ever shutout of Sequoyah and Cherokee’s first team shutout since 2014. According to Dahlen, the shutout helped set the tone for Cherokee’s defense for the rest of the season.

Cherokee moves to 2-0 with its first-ever shutout over rival Sequoyah and its first team shutout since 2014.Patrick Dahlen intercepted two passes and the Warriors’ defense created four turnovers in the game.@WarriorsCHS 14@SequoyahChiefs 0Story coming @CherokeeTribune pic.twitter.com/igupJVlwbE

Dahlen said it was this past summer when he first felt this year’s team had a chance to be special. That time, along with the support from the Cherokee community, is what Dahlen said he'll remember most about his time playing football for the Warriors.

“These last two years we were really successful, so we could really feel the town behind our backs. Just little stuff like having people talk to us out in the community about our season — it meant a lot. When we went 0-10 nobody talked to us. People didn’t expect much from us this year but when we started off hot everyone got behind us again just like last year. It really meant a lot to all of us.”

Dahlen sent in his letter of intent to play football at the United State Air Force Academy on National Signing Day and said he’s excited to test himself at the next level. He said Air Force coaches have hinted they may move him to linebacker in the future, which is fine with him. He chose Air Force for the opportunities beyond the field which a service academy can provide but didn’t shy away from his gridiron dreams.

“I think what excites me most is seeing how far I can go with football,” Dahlen said. “I’ve seen how much I’ve grown in just the past two years and I’m just really excited to see what I can become.”