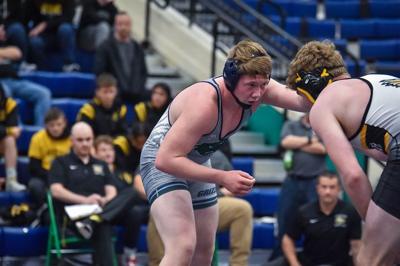 Two region champions and a region runner-up from Cherokee County will travel to Macon for the state duals, which begin Thursday.

Cherokee and Creekview each won their respective regions in dominant fashion, while Sequoyah finished as the runner-up behind Creekview in Region 6AAAAAA. Each team is ranked in the top 10 in Georgia Grappler’s latest team rankings, with Creekview No. 1 in Class AAAAAA.

The double-elimination format for the state duals will pit the 16 teams from eight regions against one another. The tournament is set to conclude Saturday afternoon.

Creekview, which finished with a duals record of 31-2, finished third at the state duals last season. Coach Joe Hulen said the team’s mindset heading to Macon is no different than the rest of its schedule.

“We are treating this like a business trip,” Hulen said. “Our route to the state championships starts on Thursday at 11 a.m. with South Paulding, and that’s all we can worry about right now. They have a solid team, so we can’t be looking ahead or focused on anyone else.”

Creekview, one of the likely favorites to compete for the state in Class AAAAAA, saw its only losses this season come to perennial Tennessee state power Baylor and Jackson County, the No. 3 seed in Class AAAA. The Grizzlies won the region duals convincingly by beating South Cobb, Harrison and Sequoyah by a combined score of 192-33.

Sequoyah, ranked No. 8 in Class AAAAAA, rebounded from its loss to Creekview in the region duals to beat Harrison 43-12 to finish second. The Chiefs will take face Richmond Hill at 11 a.m. Thursday in the first round.

Cherokee won Region 4AAAAAAA convincingly and will enter the state duals as the No. 6 team in Class AAAAAAA. The Warriors, who have a duals record of 33-12, will face Mountain View at 1:30 p.m. Thursday in the first round.