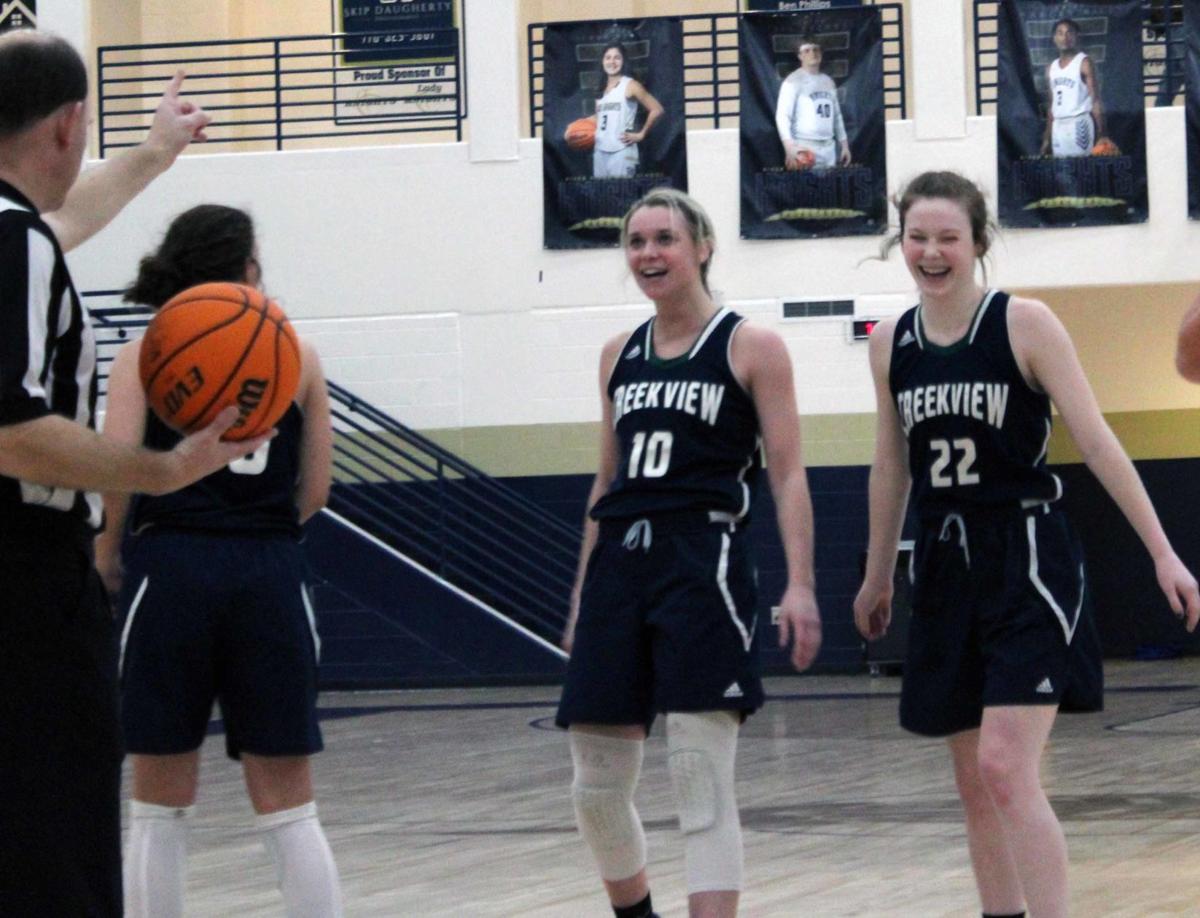 Creekview senior Emily Wilkie (10) and junior Darcey Waters (22) laugh together during the fourth quarter of Tuesday night's game in Woodstock. 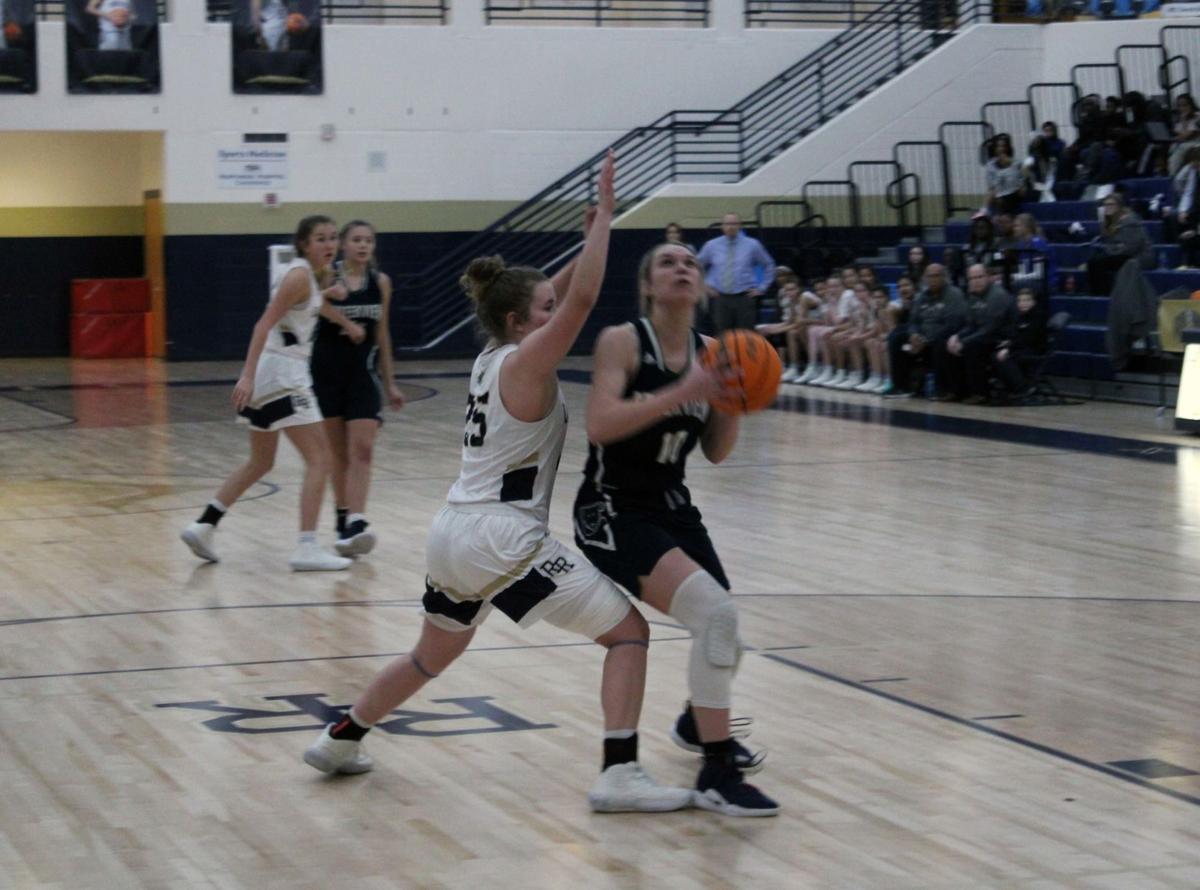 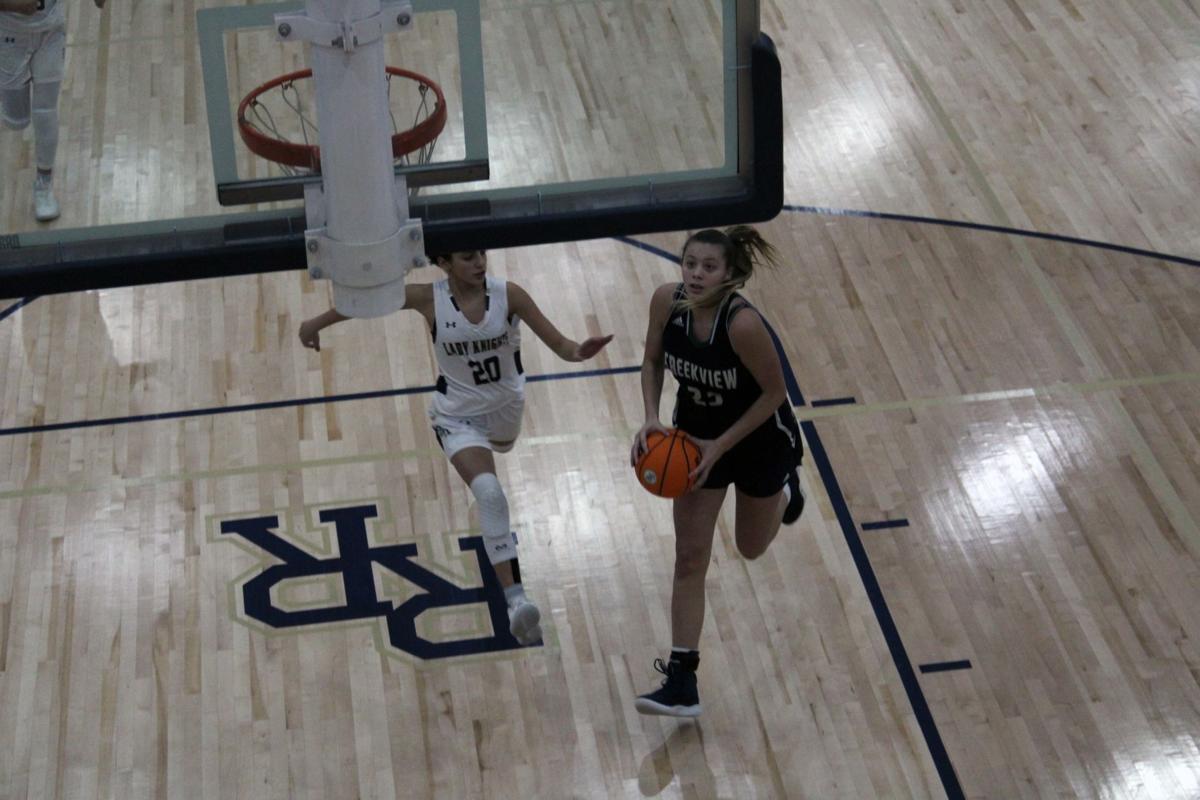 Creekview sophomore Mackenzie Salas goes up for a shot on a fast break during the second half of Tuesday night’s game in Woodstock. 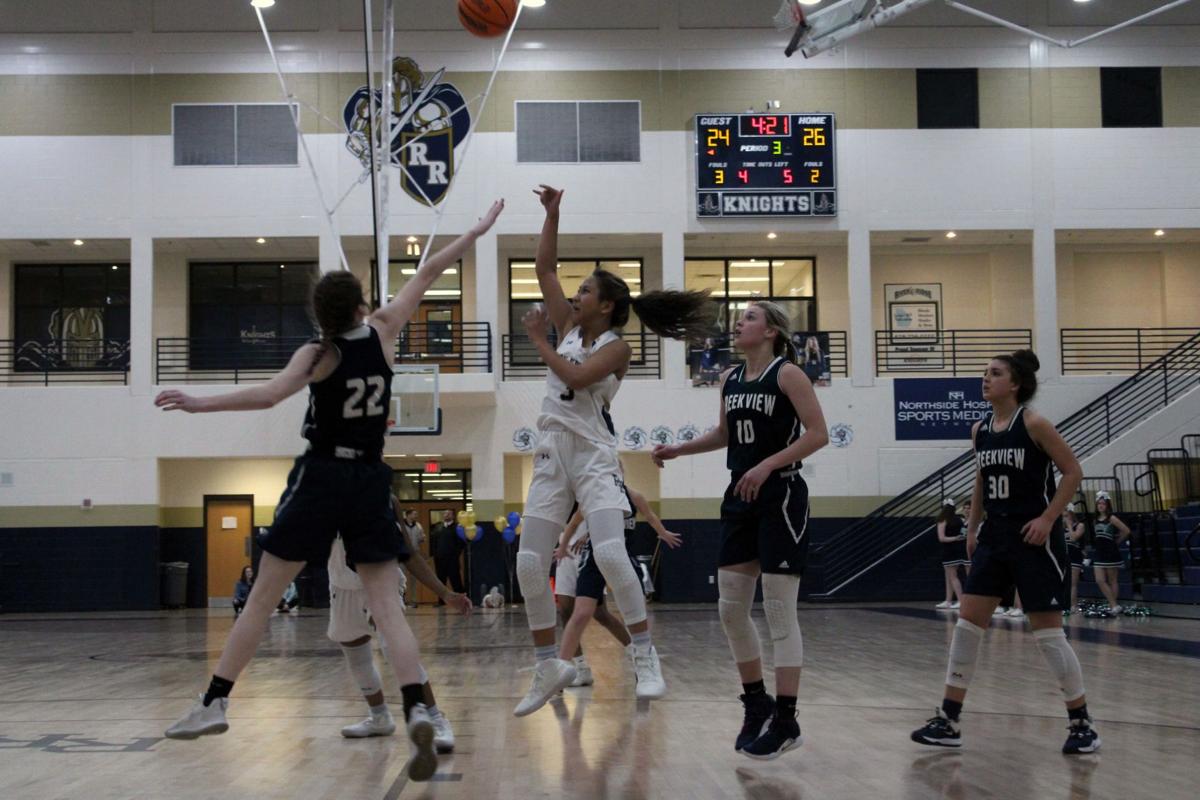 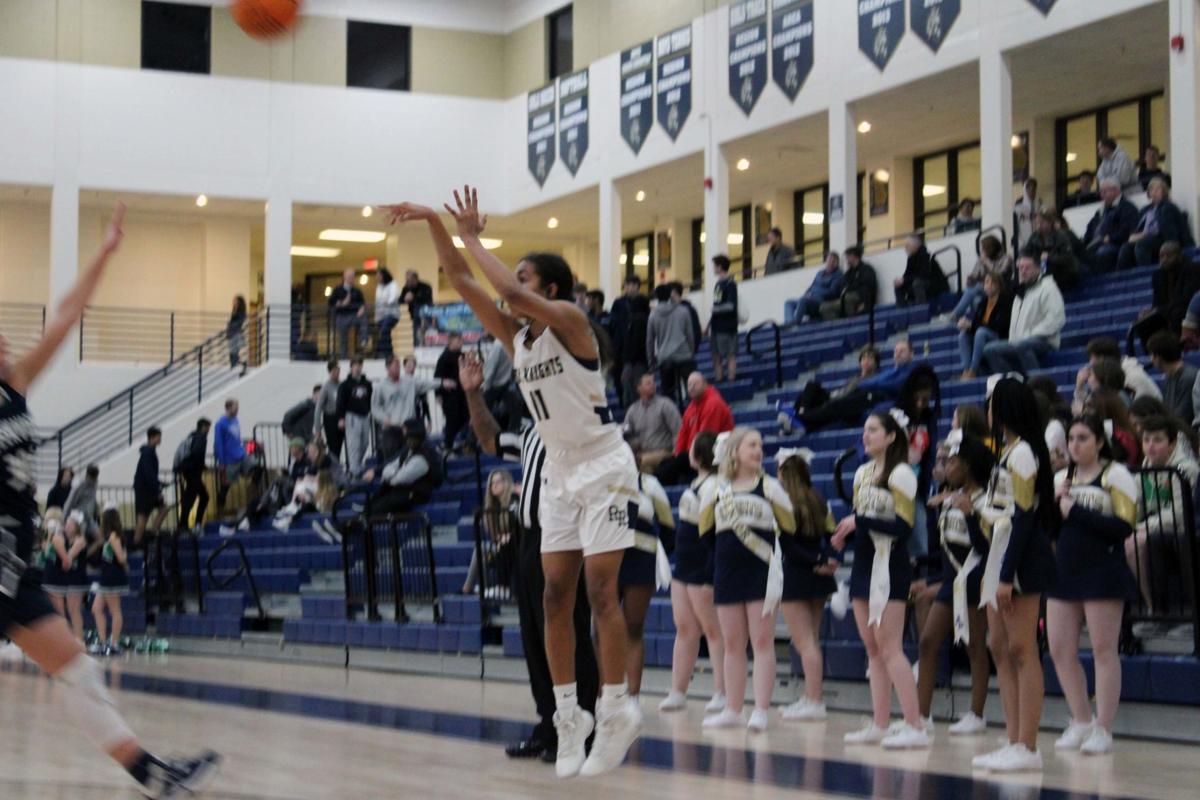 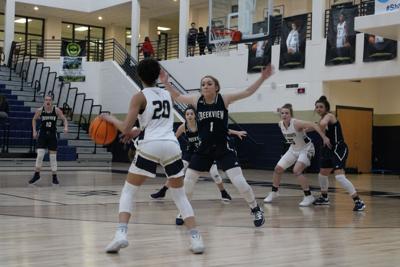 Creekview senior Emily Wilkie (10) and junior Darcey Waters (22) laugh together during the fourth quarter of Tuesday night's game in Woodstock.

Creekview sophomore Mackenzie Salas goes up for a shot on a fast break during the second half of Tuesday night’s game in Woodstock.

WOODSTOCK — Creekview used its advantage in the paint to earn a hard-fought 52-41 Region 6AAAAAA win Tuesday at River Ridge.

Creekview (10-11, 6-6) outscored River Ridge 15-8 in the fourth quarter and was led by senior Emily Wilkie, who finished with 12 points, seven rebounds, six assists and four steals.

The combination of Wilkie and timely outside shooting gave the Lady Grizzlies a much needed region win heading into the final few weeks of the regular season.

“It was a very good win for us,” Creekview coach Roger Nolan said. “We’ve been coming around with our offense. It’s just taken us a little while. They’re seeing that it’s working now where, earlier in the year, we just weren’t patient enough to run it.”

River Ridge was playing without sophomore center Sophia Reyes, who was sidelined on the concussion protocol, and Creekview took full advantage. Using a high-low post offense, the Lady Grizzlies fed the ball inside throughout the second half to Wilkie and sophomore Mackenzie Salas, who finished with seven points.

The inside game came after Creekview’s outside shooting forced River Ridge into a man-to-man defense. Kate Pridemore finished with 12 points for Creekview to go along with three rebounds, and her 3-pointer to begin the fourth quarter seemed to open up the inside a bit for Wilkie to go to work.

“Emily works hard down there,” Nolan said. “We’re still coming around on offense, but our zone defense has gotten better, too.”

River Ridge was once again led by freshman standout Mataya Gayle, who finished with a game-high 23 points, including five 3-pointers. Along with Leigh Codiniera, the Lady Knights’ guard play kept them in the game through three quarters by probing Creekview’s zone defense and knocking down shots.

Codiniera finished with six points to supplement Gayle, but the absence of Reyes was noticeable as the game moved into the second half.

Trailing 19-16 at the start of the third quarter, River Ridge (12-11, 9-5) went on a 10-2 run capped by Gayle’s steal and transition layup on the other end. Early in the fourth quarter, however, sophomore Simone Goins went down with an apparent leg injury, and Creekview reasserted itself inside.

“We’re down another starter after (Goins) went down,” River Ridge coach Jason Taylor said. “We’re fighting through these injuries right now, but I’m loving that we’re right there in these games. I hate the fact that it’s an excuse we’re using, because we’re not finishing these games, but I truly believe, when we get everyone back healthy, we’ll be ready to roll because a lot of our players have gotten a lot better.”

The win moved Creekview into fifth in the region, while River Ridge sat in the fourth spot with a few games remaining in the regular season. The Lady Knights defeated the Lady Grizzlies 35-32 in December, and Nolan said his team is still developing in certain areas.

“I don’t know if we can move up much in the region standings before the region tournament, because we dug ourselves a hole, but this is a good one after what has happened to us this season,” Nolan said. “We just haven’t been playing a full four quarters, so getting this one tonight is good for us.”

Creekview will host Dalton on Friday, while River Ridge will play at Harrison.