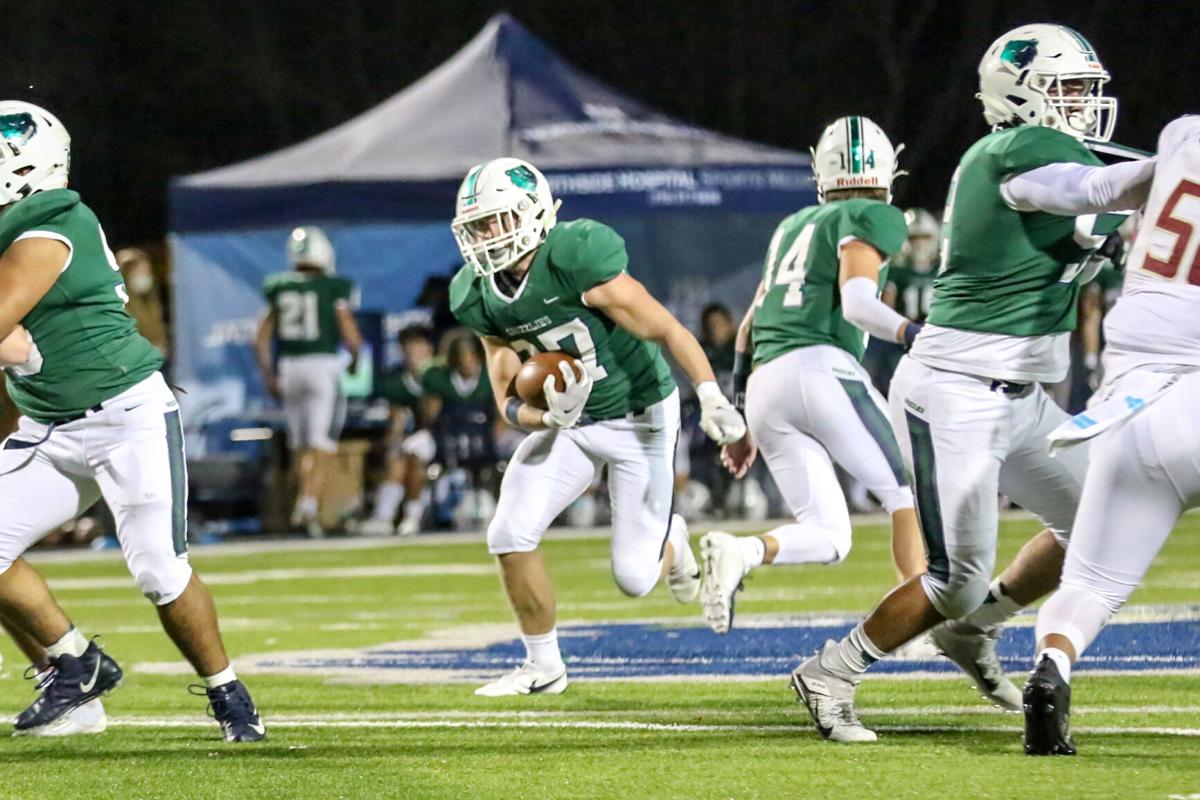 Cole Hasty with the carry up the middle 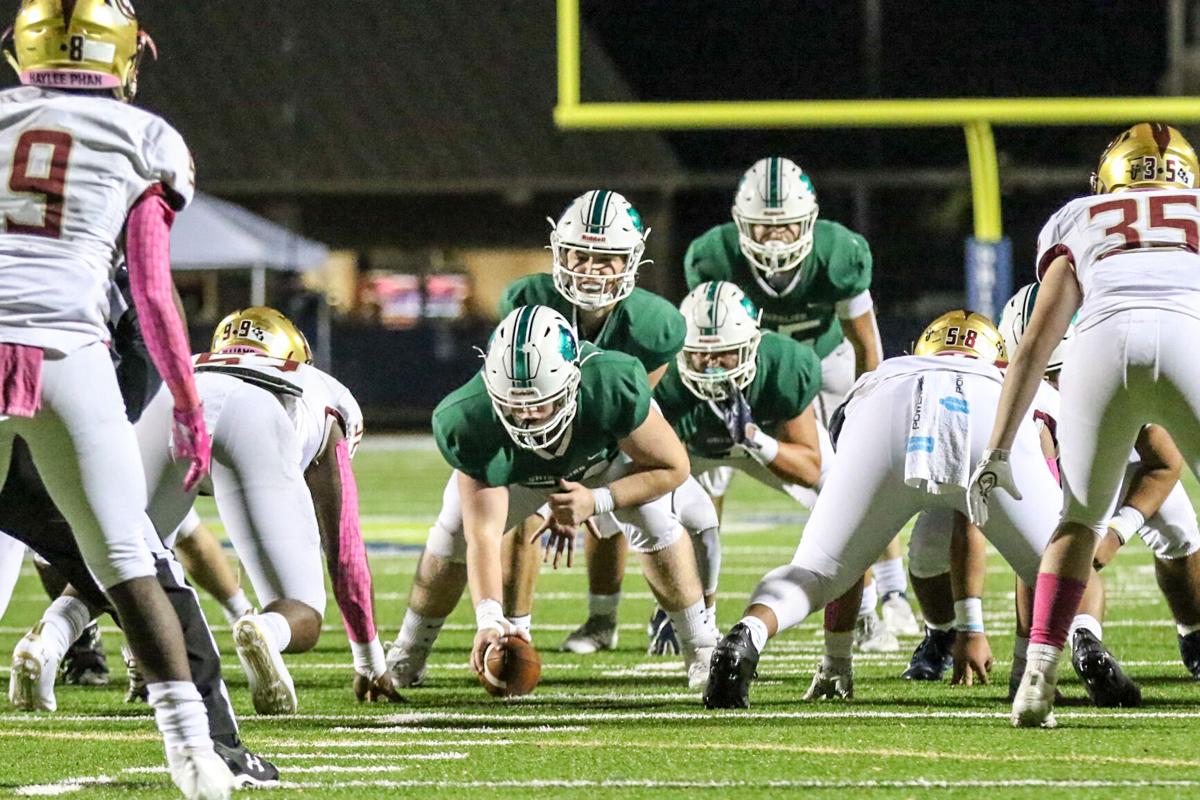 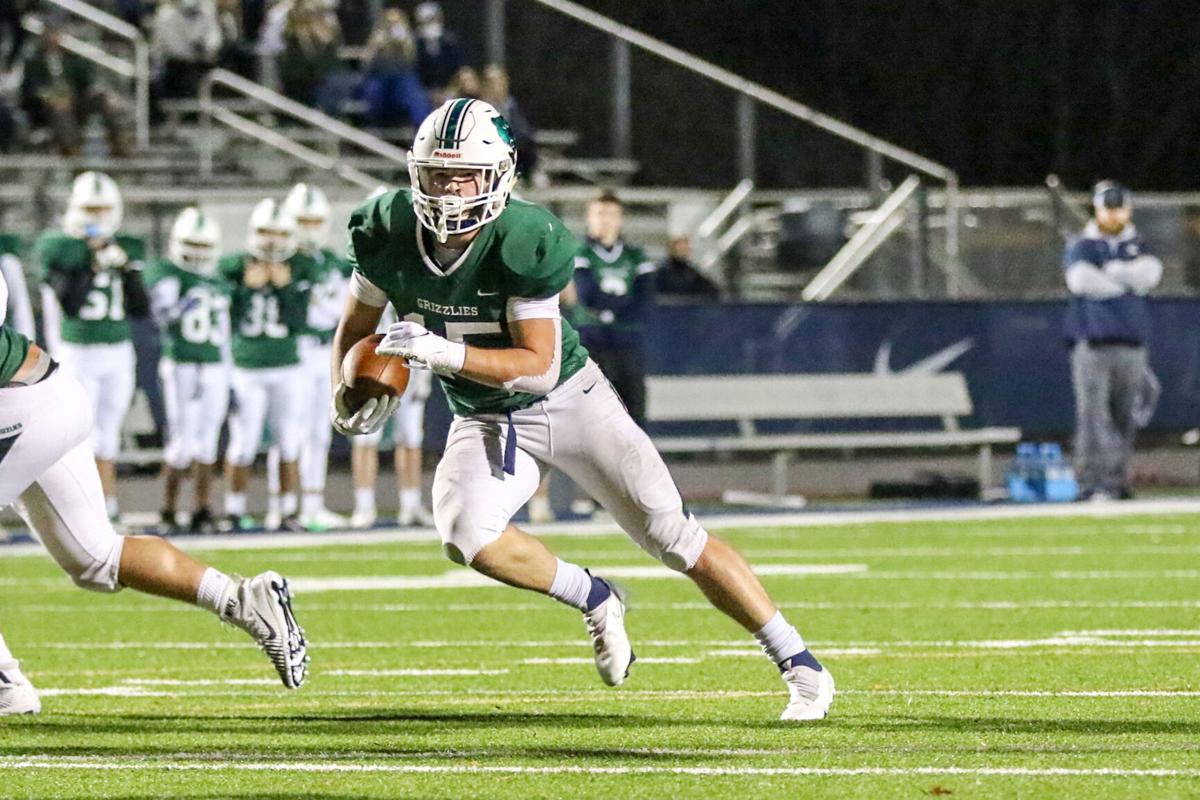 Tyler Stevenswith the carry up the middle 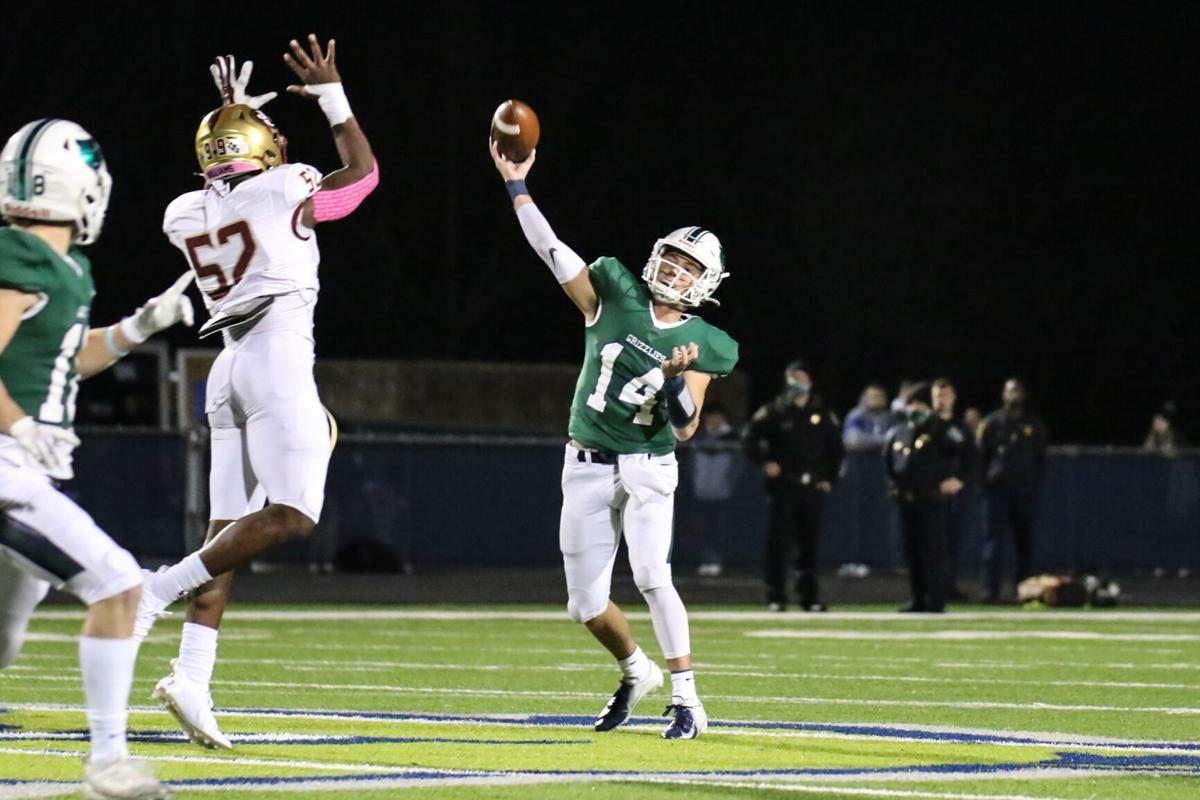 Brody Rhodes with the pass 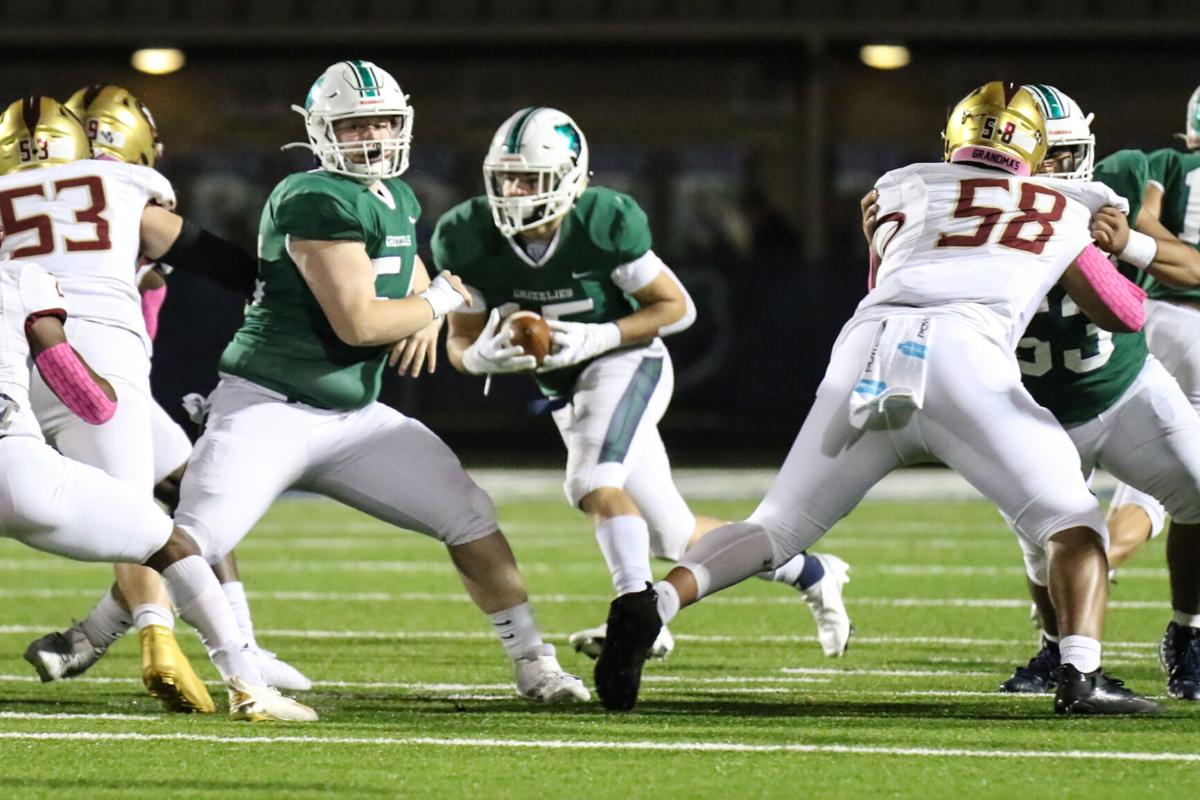 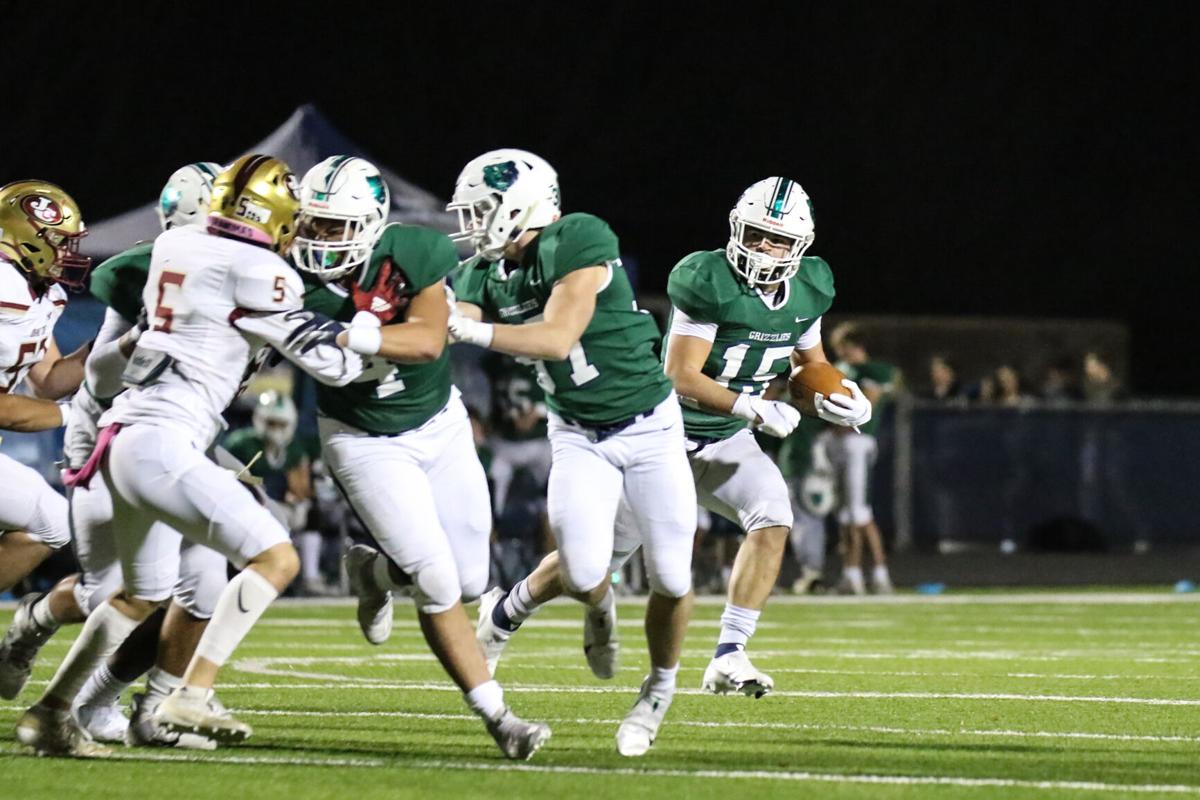 Tyler Stevens following the blocks of this offense 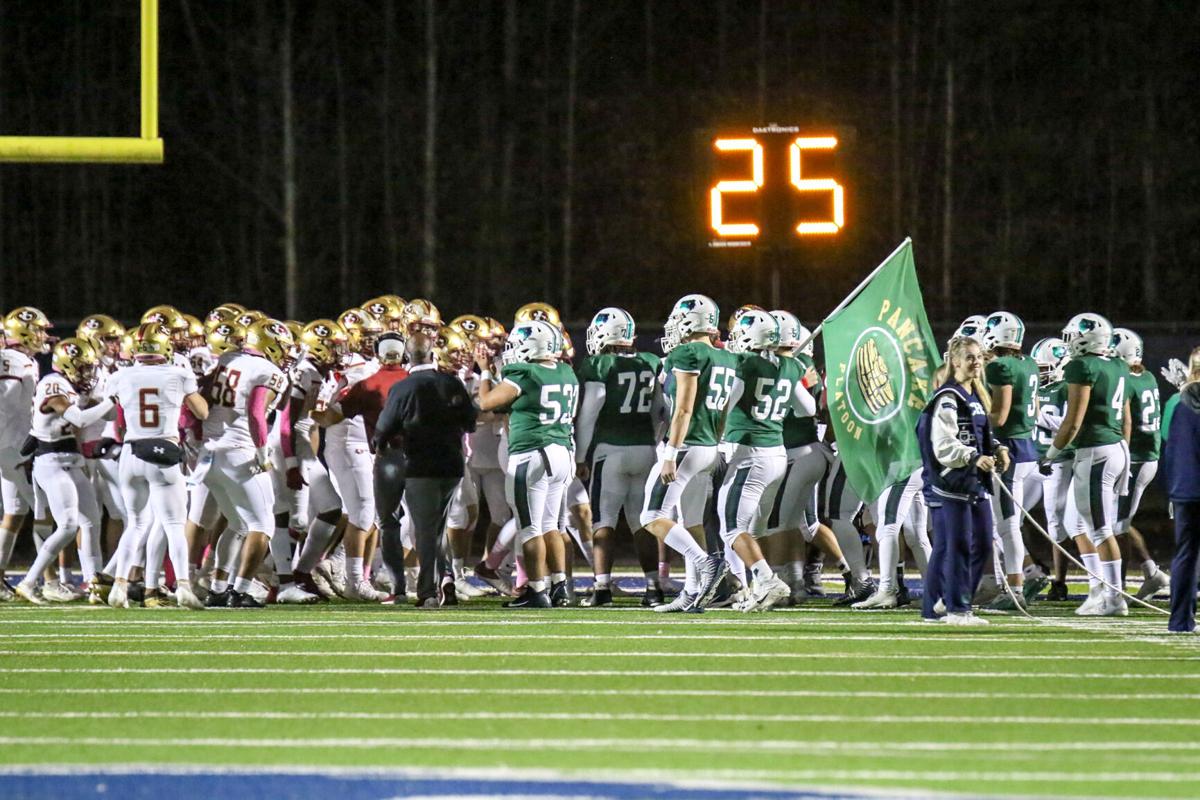 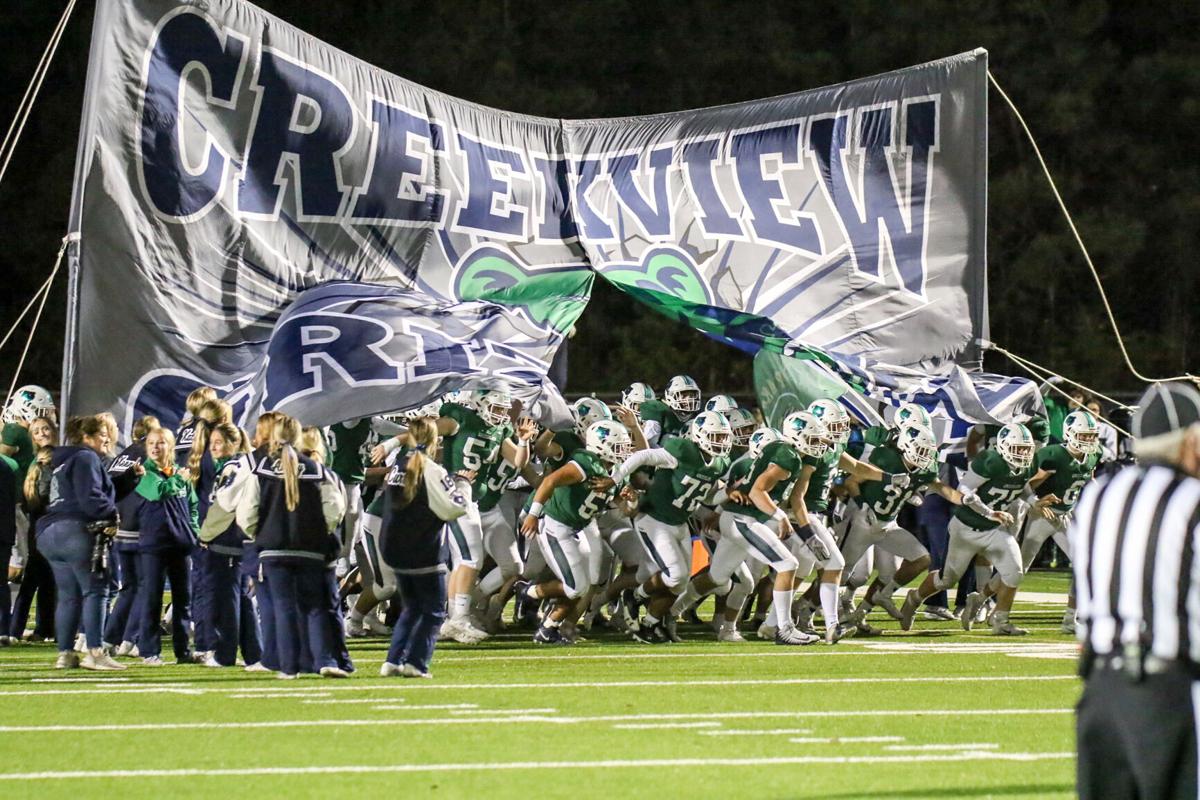 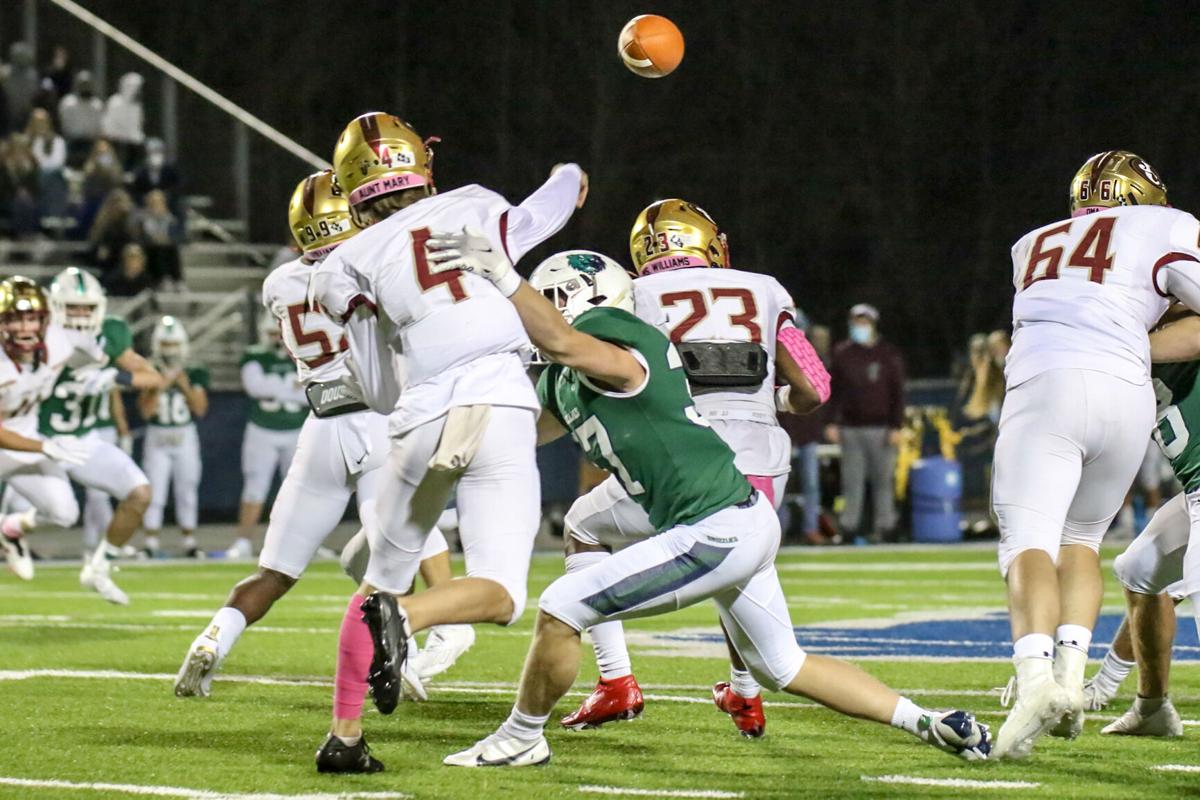 Cole Hasty with the pressure on the Gladiators' QB 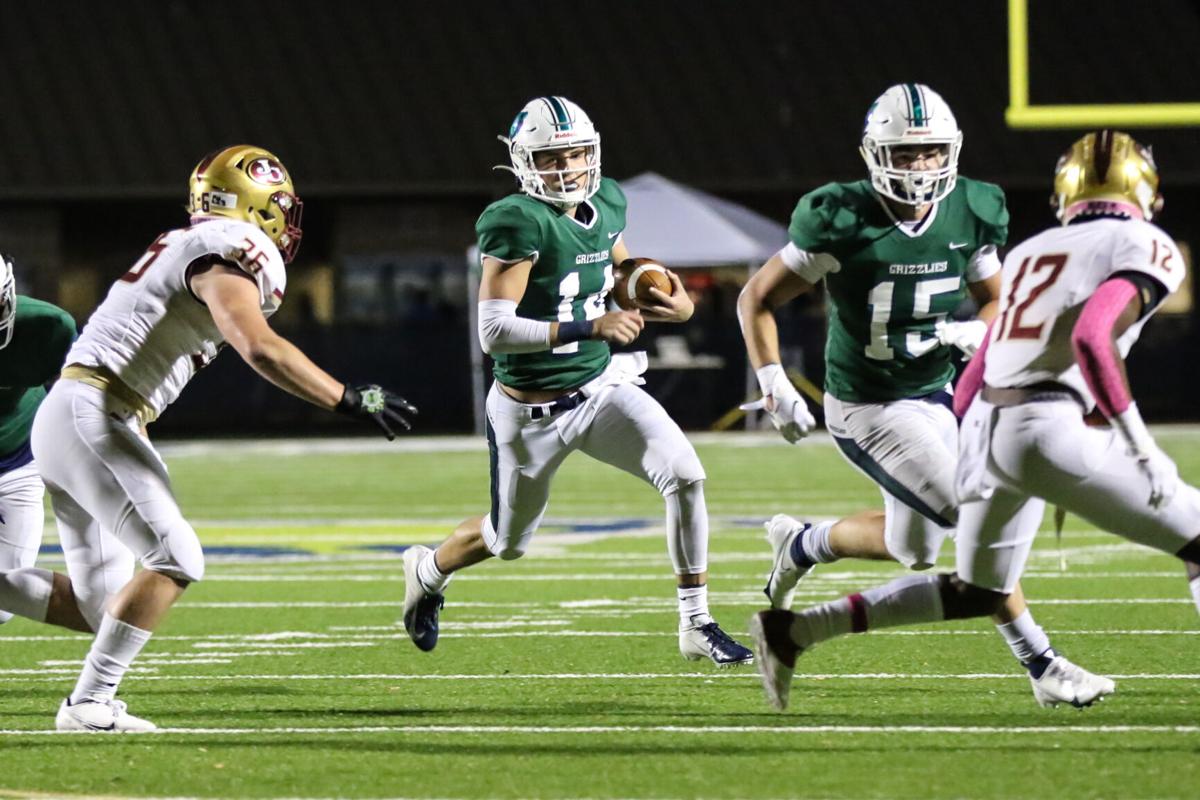 Brody Rhodes with the QB Keeper 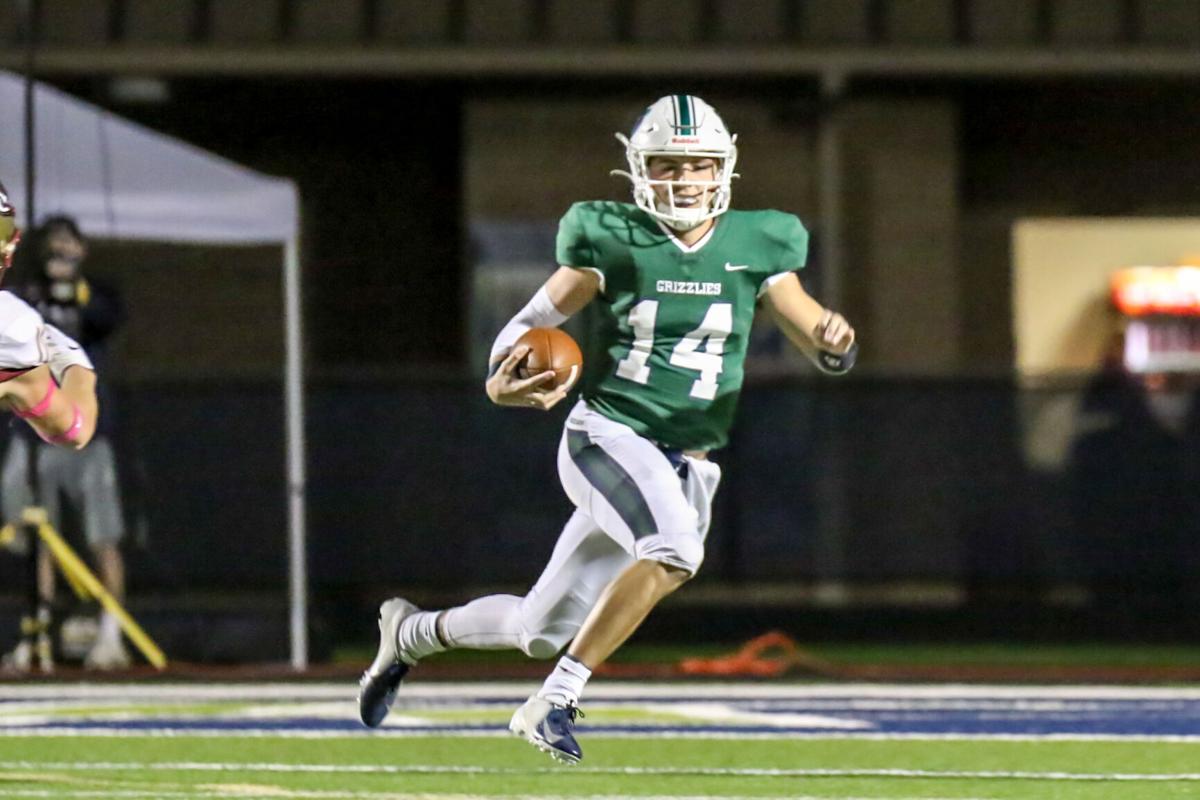 Brody Rhodes scrambles to the outside 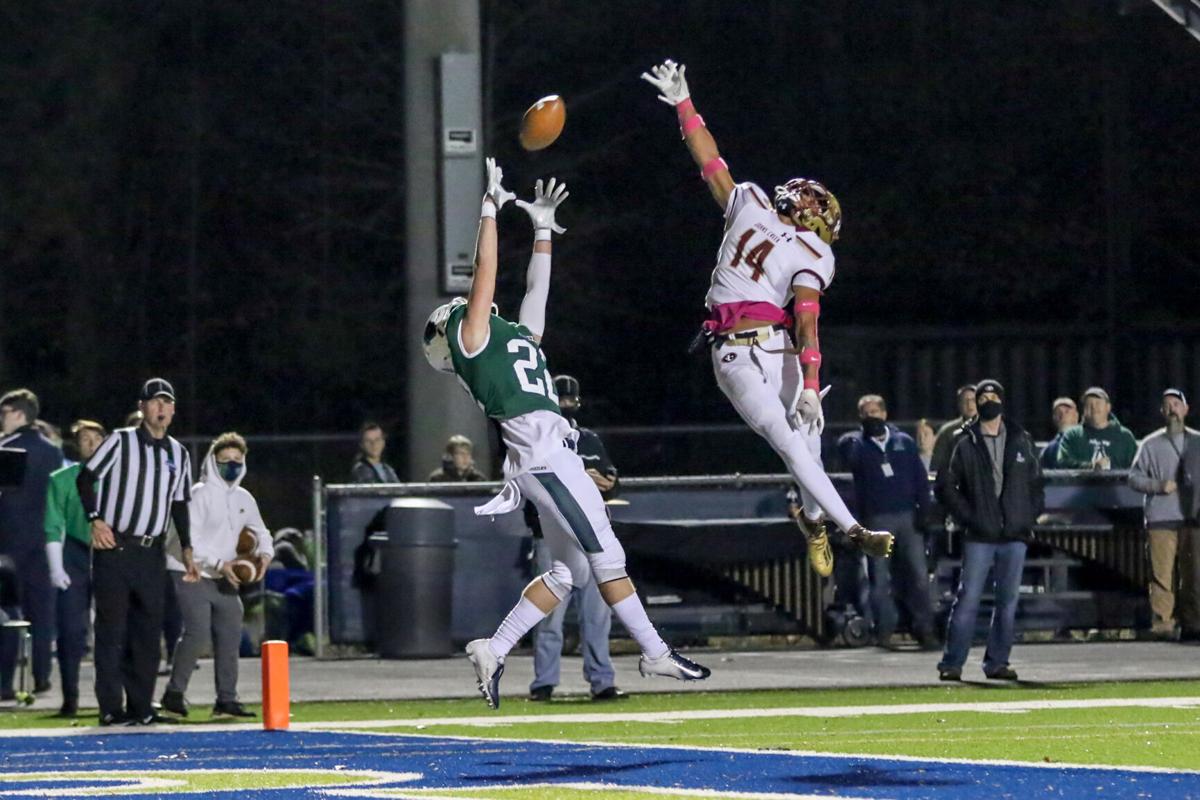 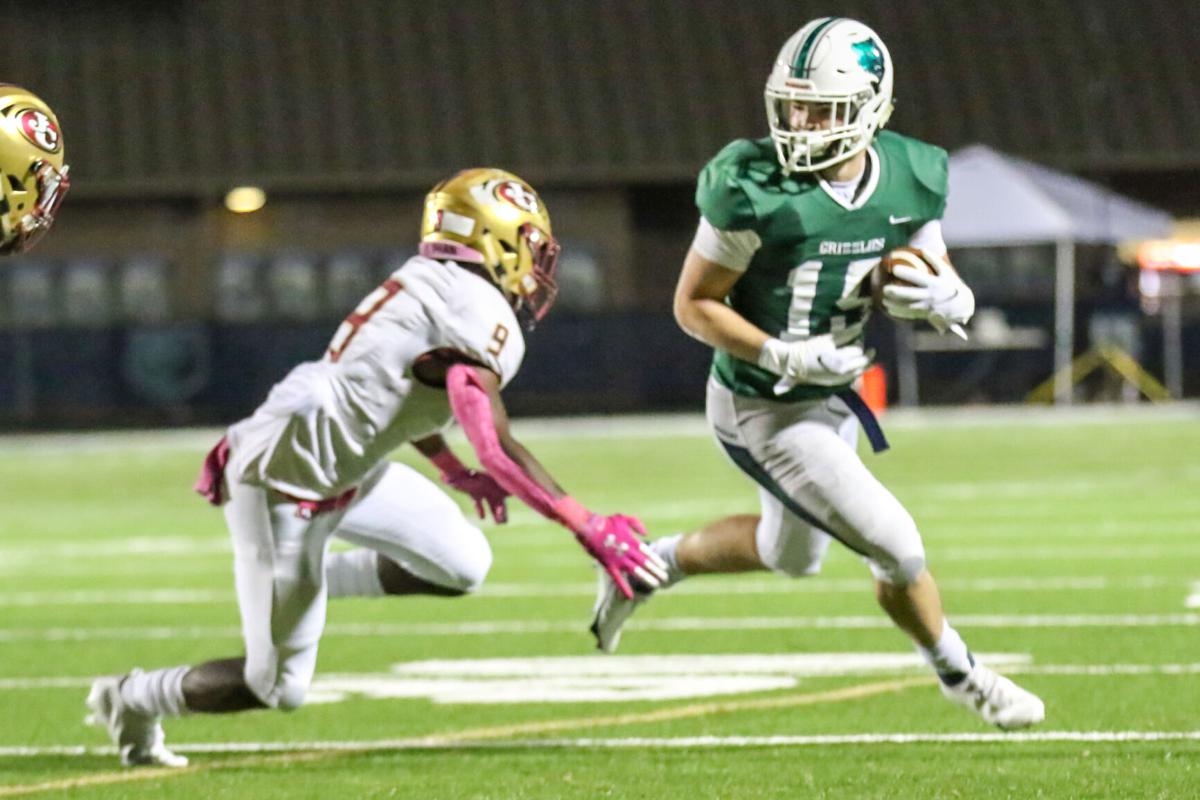 Tyler Stevens for the Grizzly carry

Cole Hasty with the carry up the middle

Tyler Stevenswith the carry up the middle

Brody Rhodes with the pass

Tyler Stevens following the blocks of this offense

Cole Hasty with the pressure on the Gladiators' QB

Brody Rhodes with the QB Keeper

Brody Rhodes scrambles to the outside

Tyler Stevens for the Grizzly carry

CANTON -- Creekview had the edge in time of possession and held off Johns Creek for a pivotal 19-14 win Friday night at the Grizzly Den.

The win allowed the Grizzlies (7-2, 5-1 Region 6AAAAAA) to clinch the No. 2 seed for the state playoffs, giving them a first-round home game next week against Sprayberry.

“I’m just so thankful for this team, for these seniors, for the opportunity to come out here again on another Friday night,” Creekview coach Trevor Williams said. “You know, with everything going on, nothing is guaranteed, nothing is given. For them to come out and show their heart and soul -- played their guts out, and it was phenomenal.”

Johns Creek and Creekview were both coming off unplanned bye weeks, with their Week 11 games canceled due to coronavirus restrictions.

The Grizzlies showed little rust in the first quarter as they were able to work the clock in their favor and score on a connection from Brody Rhodes to Andrew Cloy for 14 yards.

Creekview’s defense was a huge component of the success, especially in the first quarter, where Johns Creek’s offense was held to a number of three-and-outs.

In the second quarter, a 27-yard field goal from kicker JD Casteen gave Creekview more of a lead, but Johns Creek (4-4, 4-2) was again pushed into another three-and-out at its own 12-yard line.

On the punt attempt, the Gladiators were tackled in their own end zone, giving Creekview a safety and a 12-0 lead.

The dominant quarter continued for the Grizzlies on a touchdown right before the halftime as Rhodes and Tyler Stevens connected on a fourth-and-goal play at the 2-yard line, making it 19-0.

Overall, Rhodes passed for 220 yards and rushed for 78, giving Creekview a steady force on the field.

The second half, however, saw different results from the first half.

With Creekview not as dominating on defense and offense, Johns Creek brought more energy after its first drive of the half was another three-and-out.

Penalties gave the Gladiators more of an advantage, and they converted on a fourth-and-6 play on the 24-yard line as quarterback Quinn Teeples connected with wide receiver Brandon Palmer for a touchdown, cutting the lead to 19-7.

“For the game, our biggest struggle was the penalties," Williams said. "We had some huge penalties that prevented us from shutting the door on (Johns Creek).”

Flags continued to cost Creekview, and Johns Creek took advantage as Palmer threw to Terian Williams for a 30-yard run touchdown just before the fourth quarter.

“All year long, we’ve done a pretty good job of finishing. Tonight, it was the opposite," Trevor Williams said. "We started fast, and we had to find a way to finish."