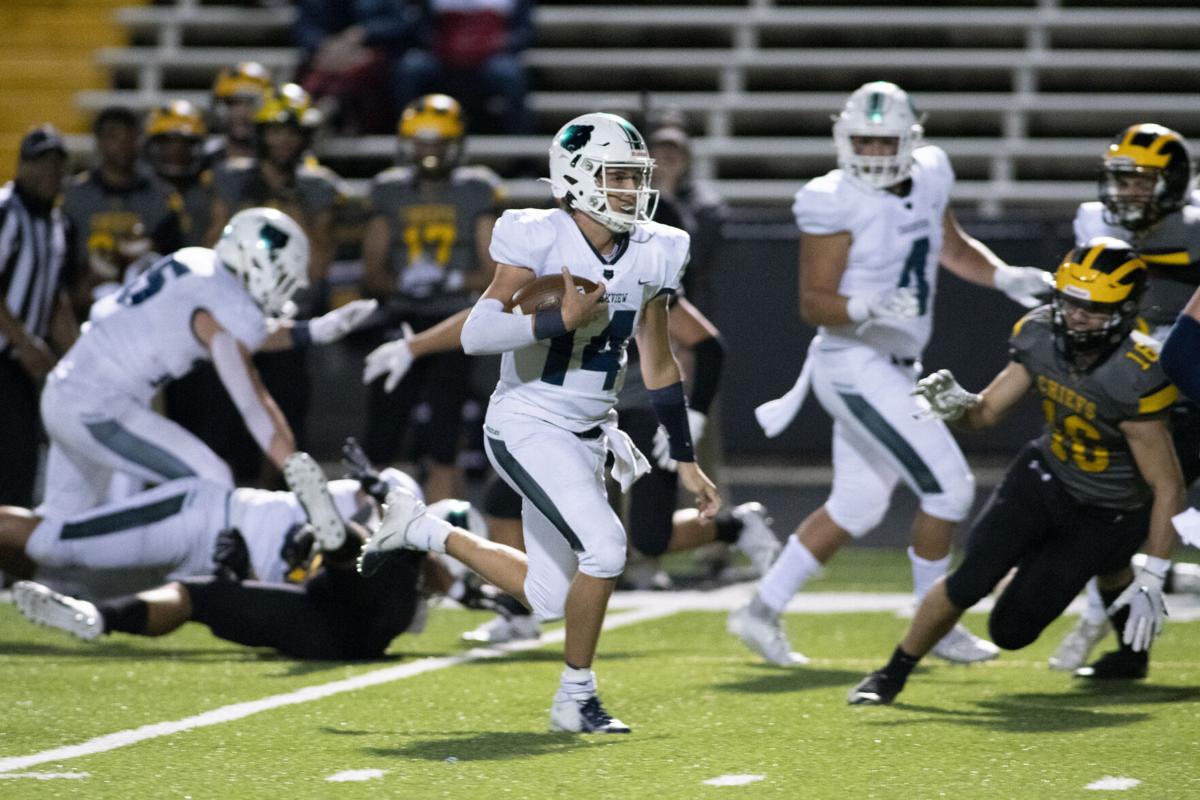 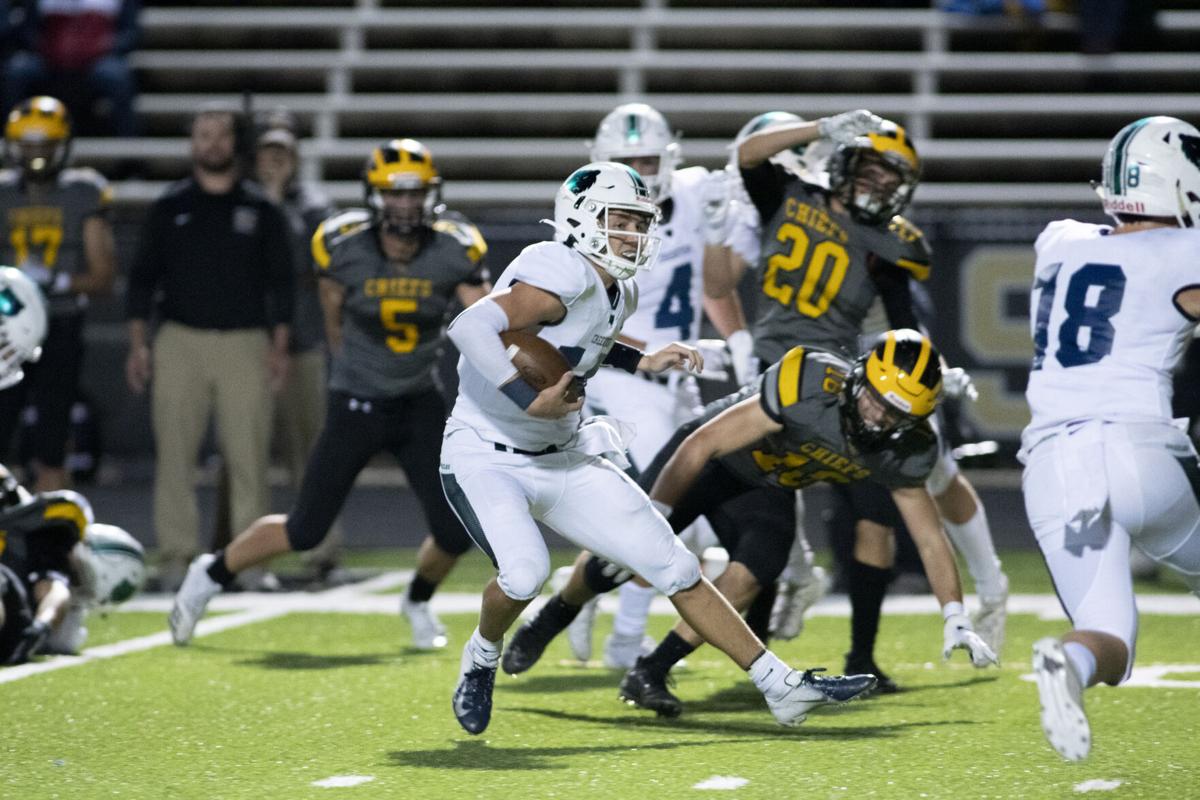 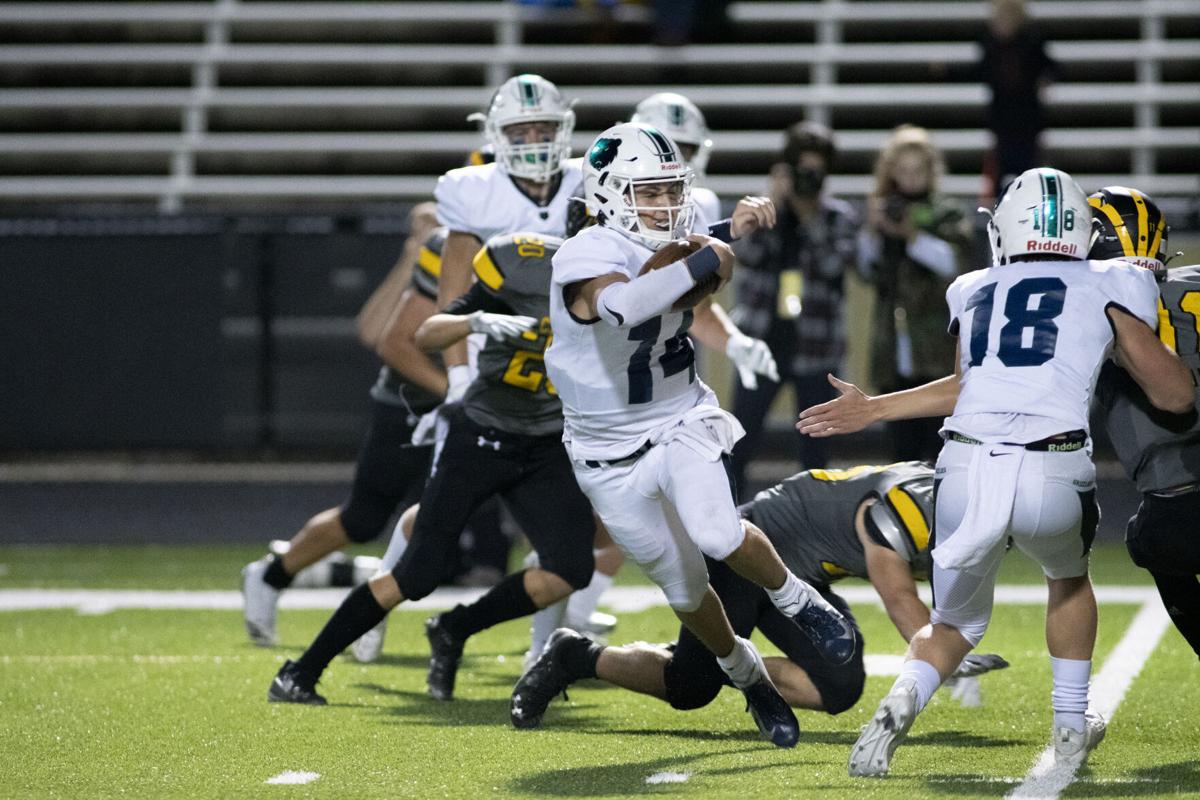 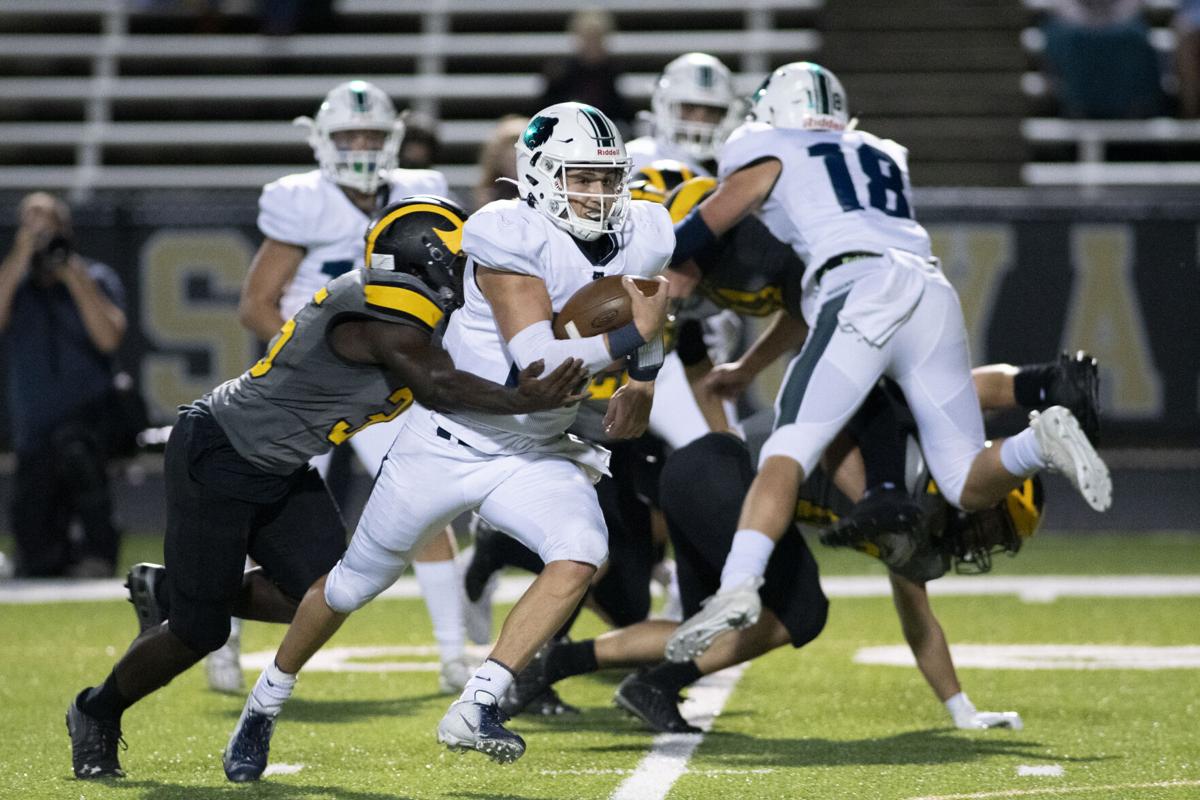 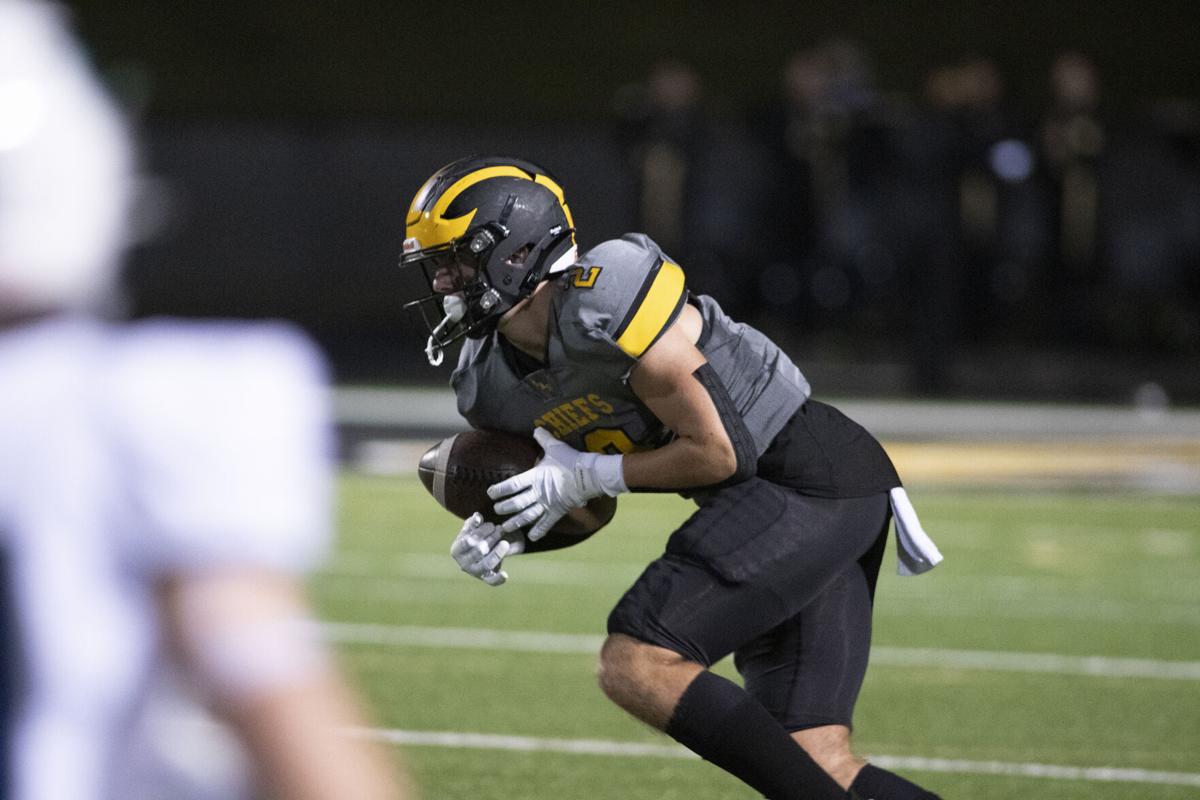 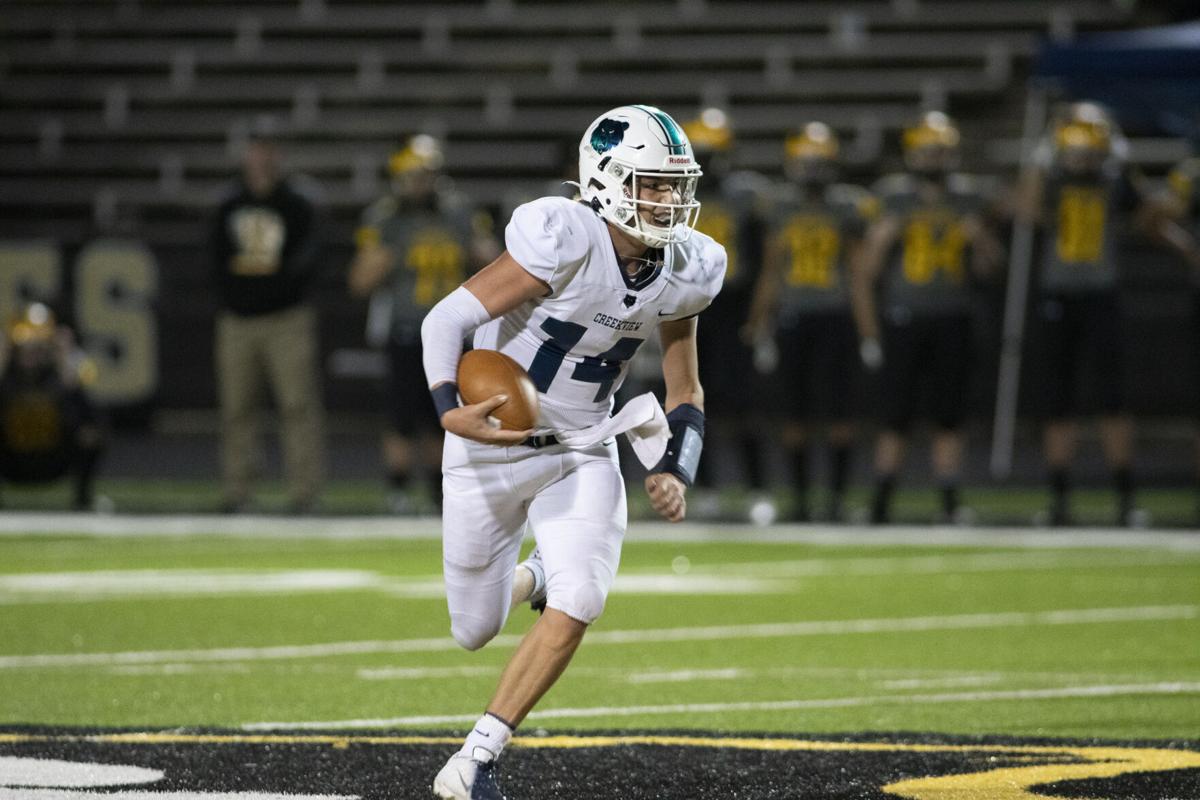 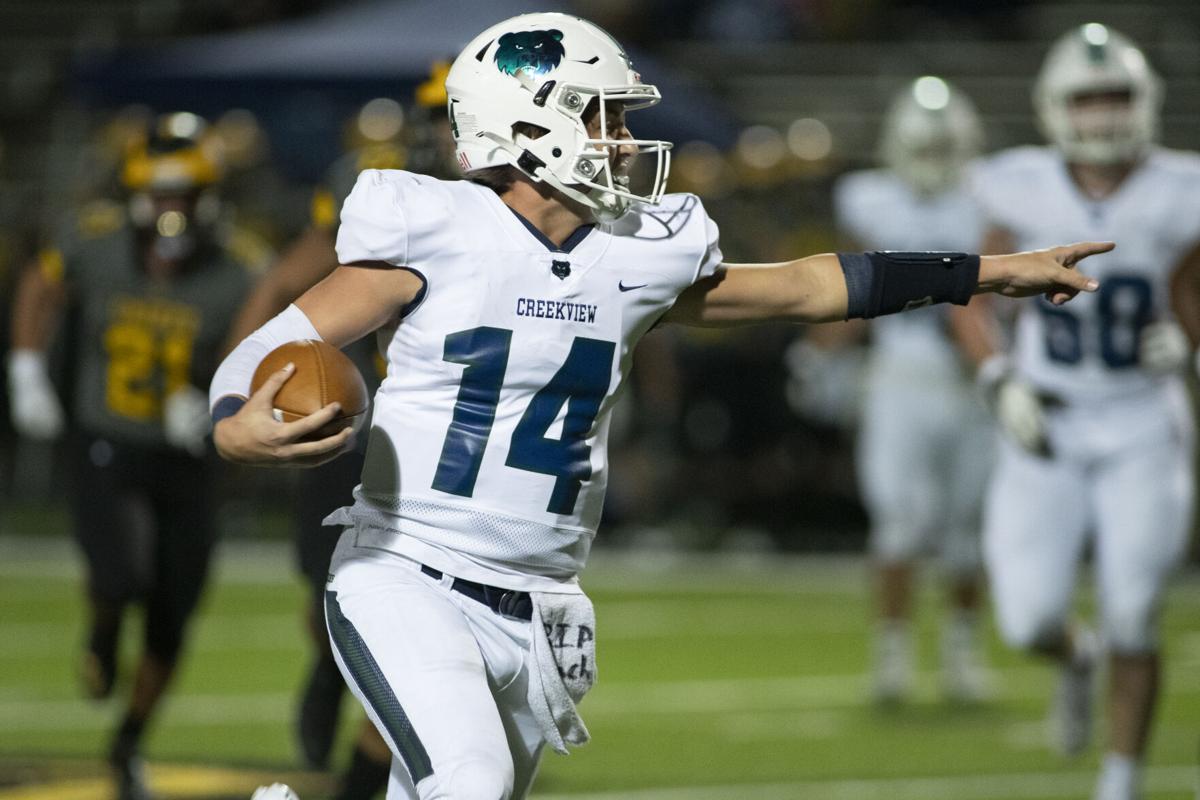 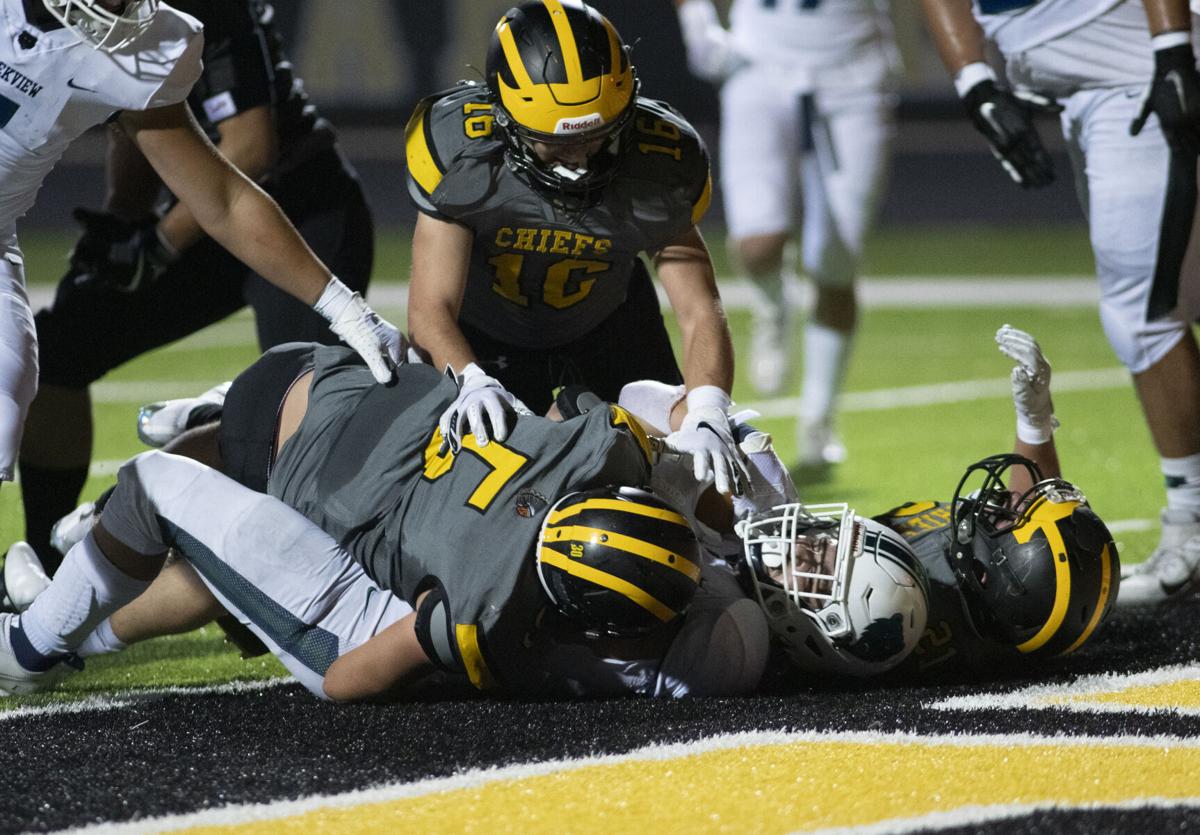 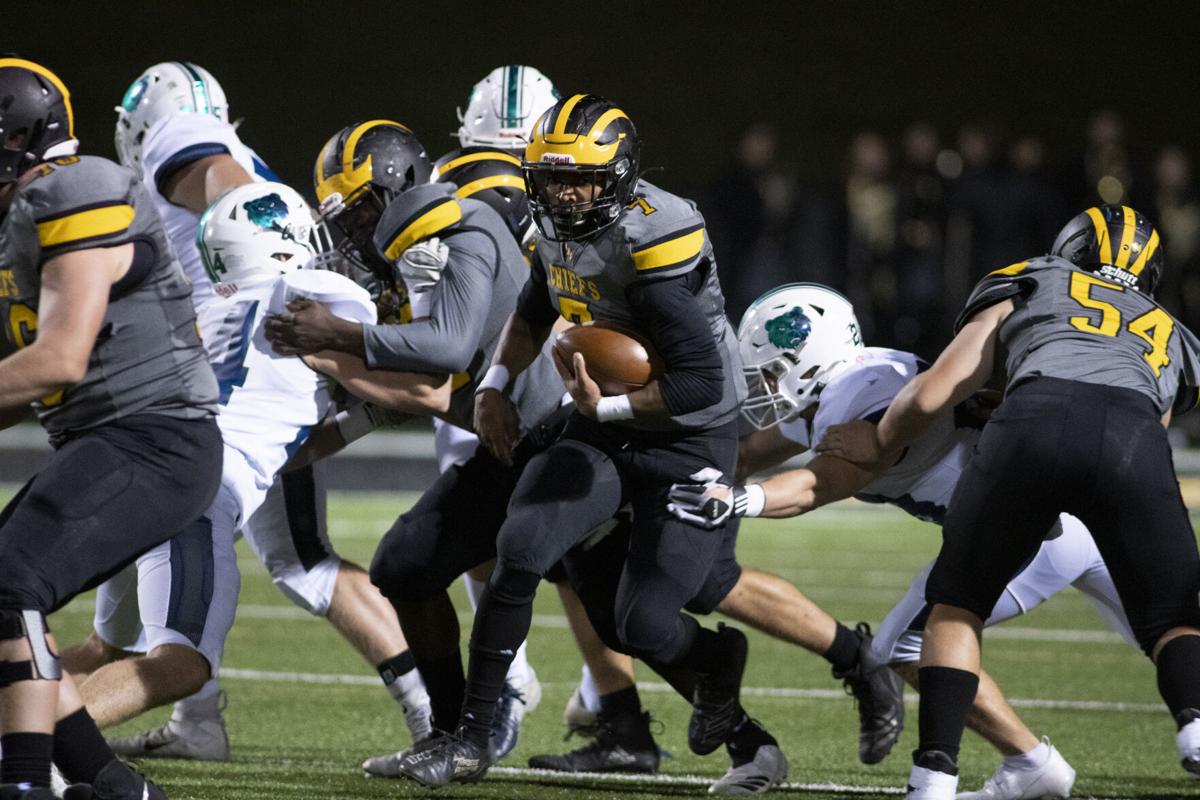 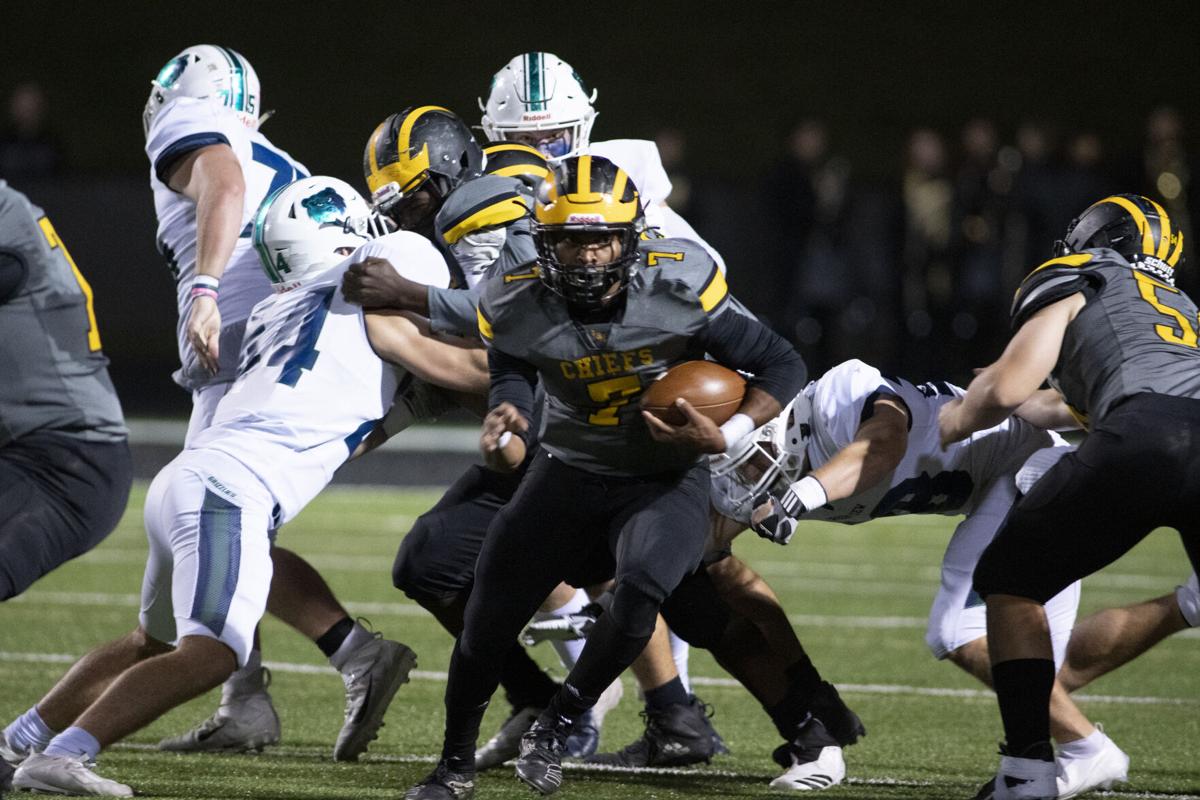 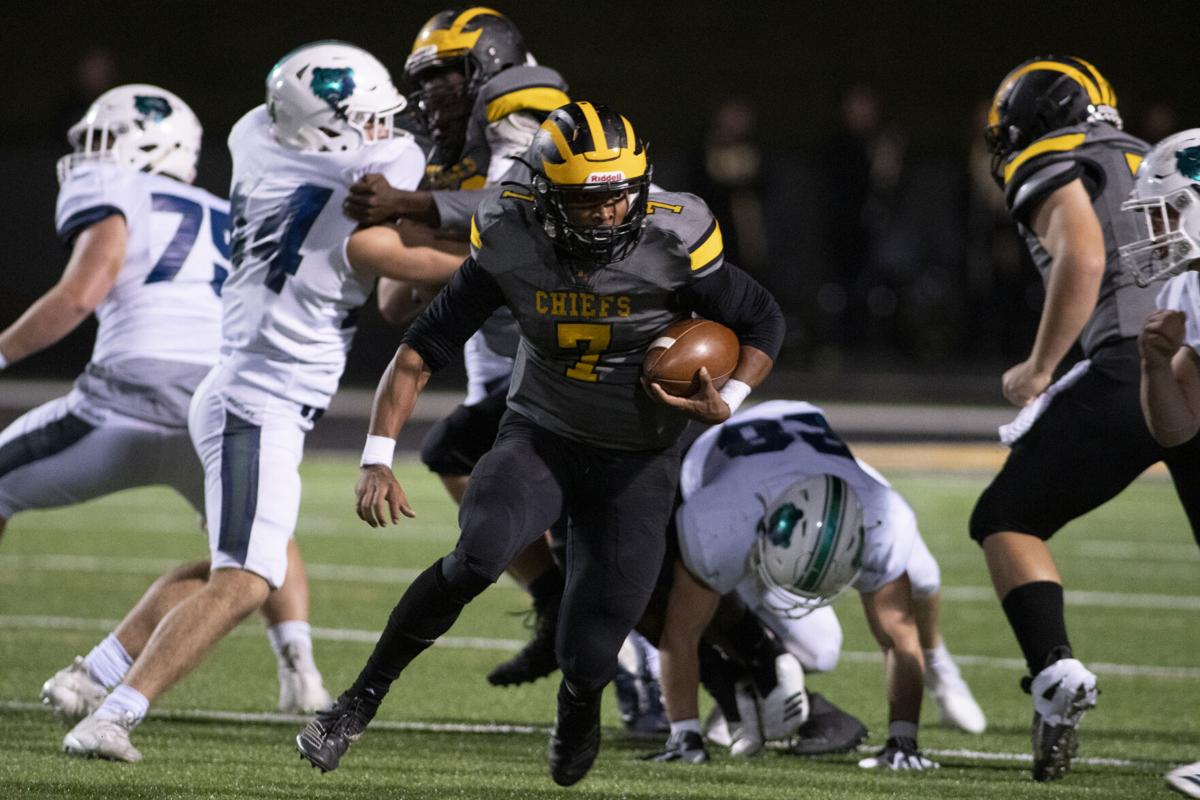 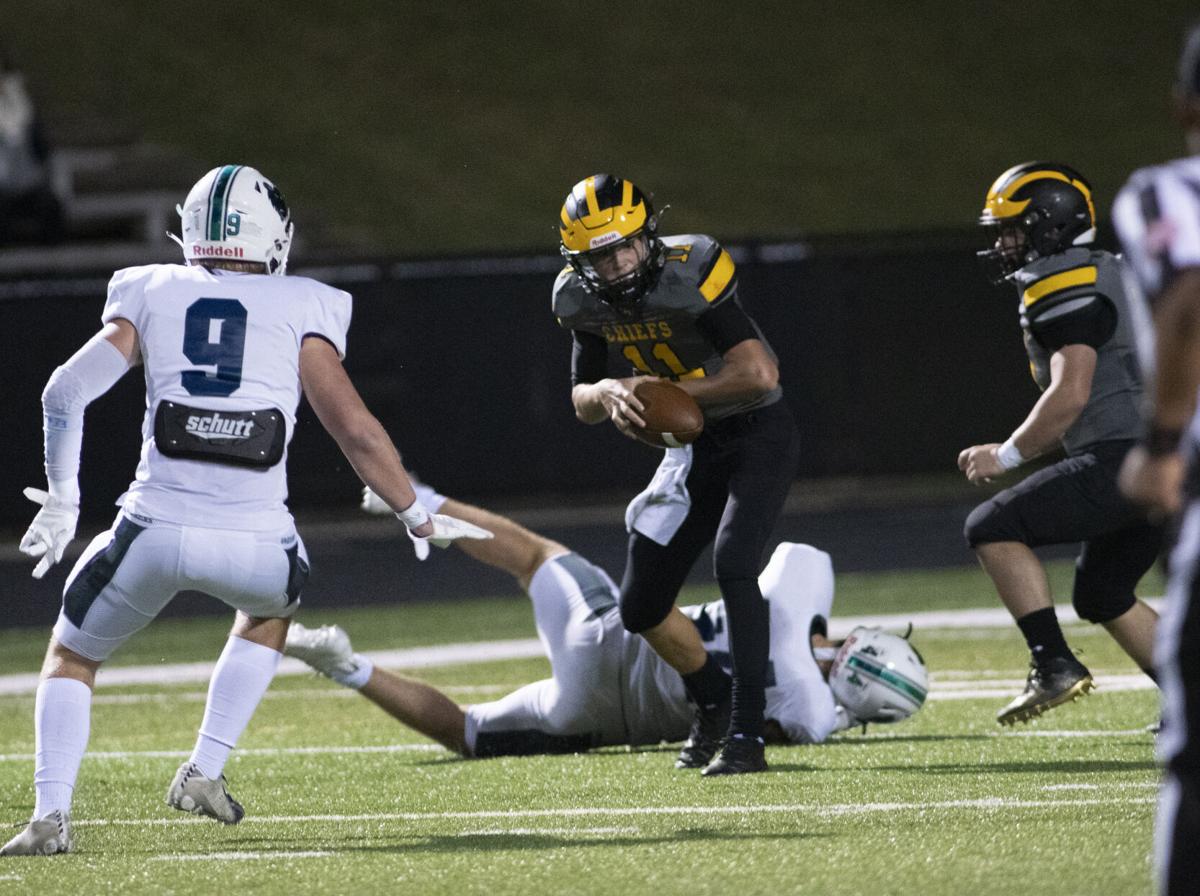 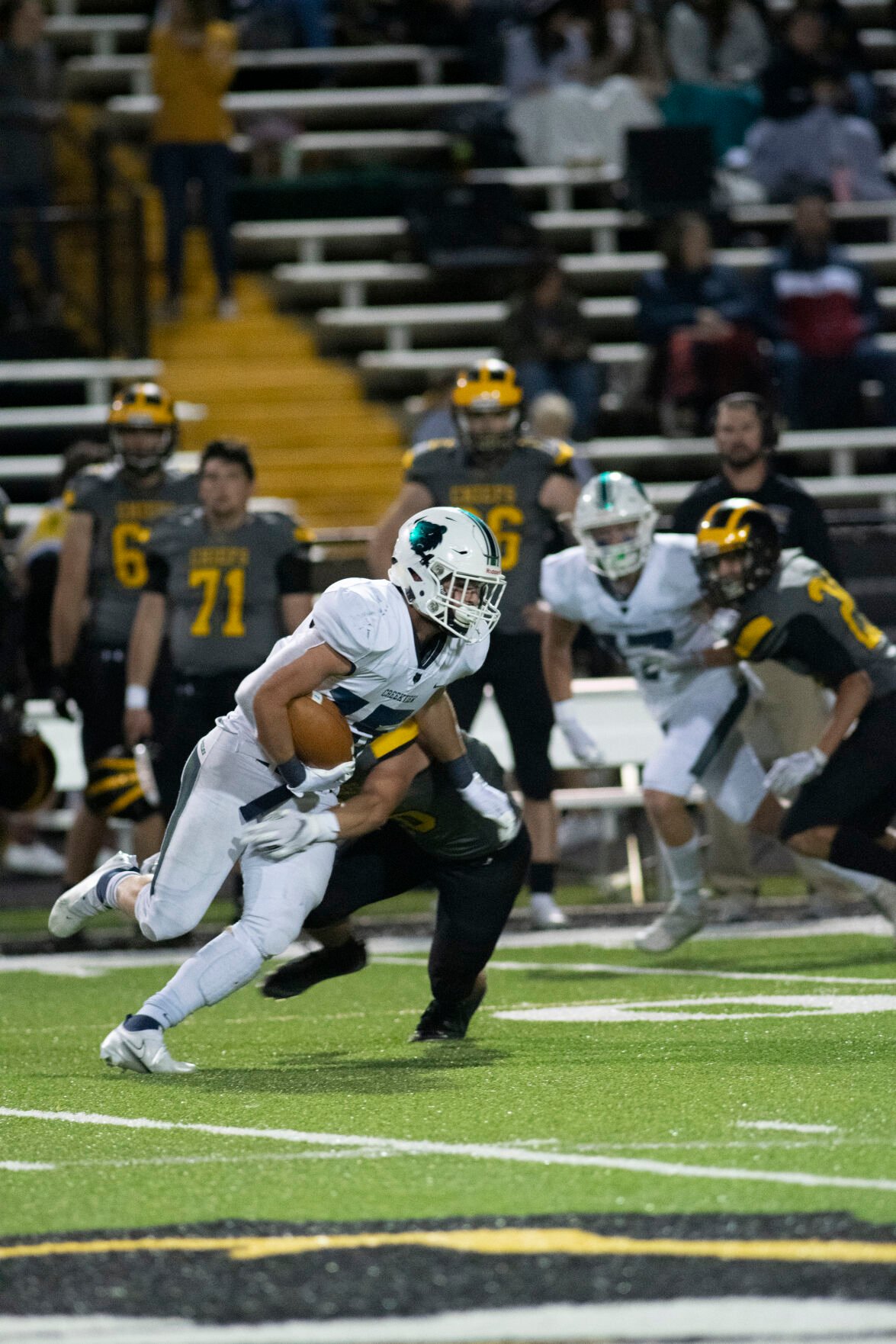 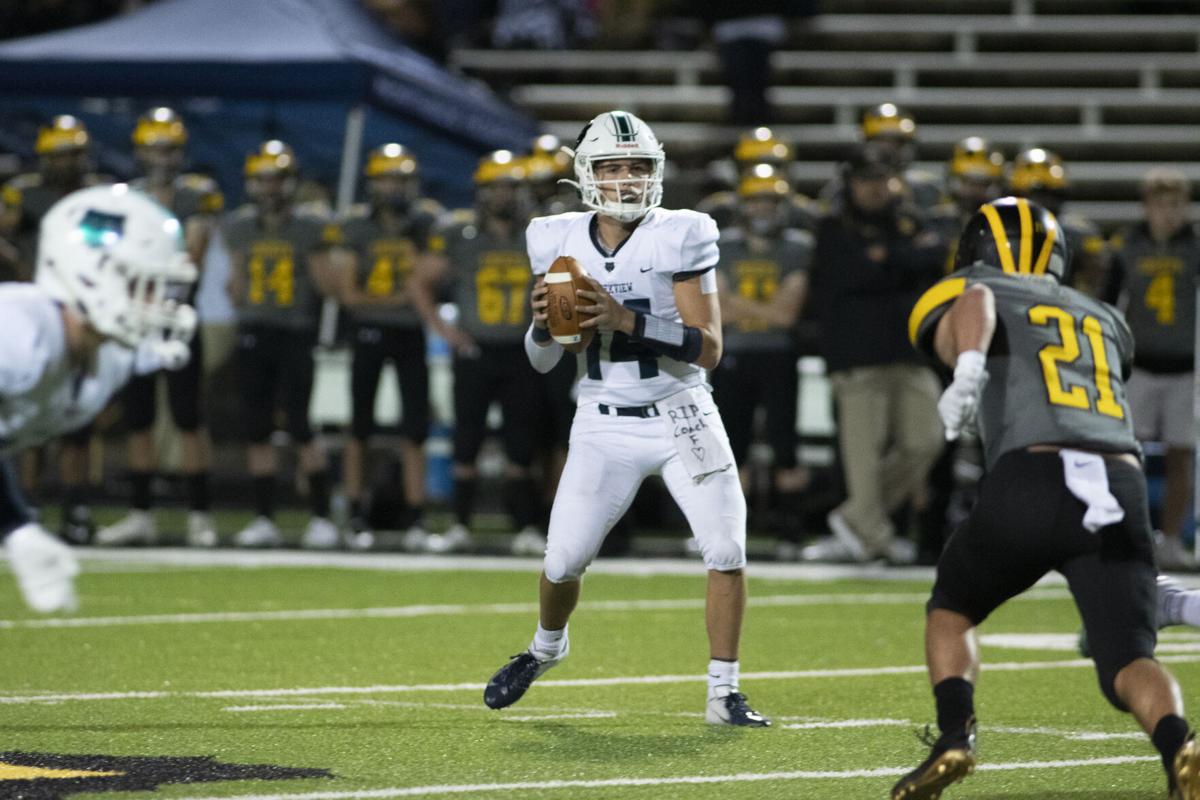 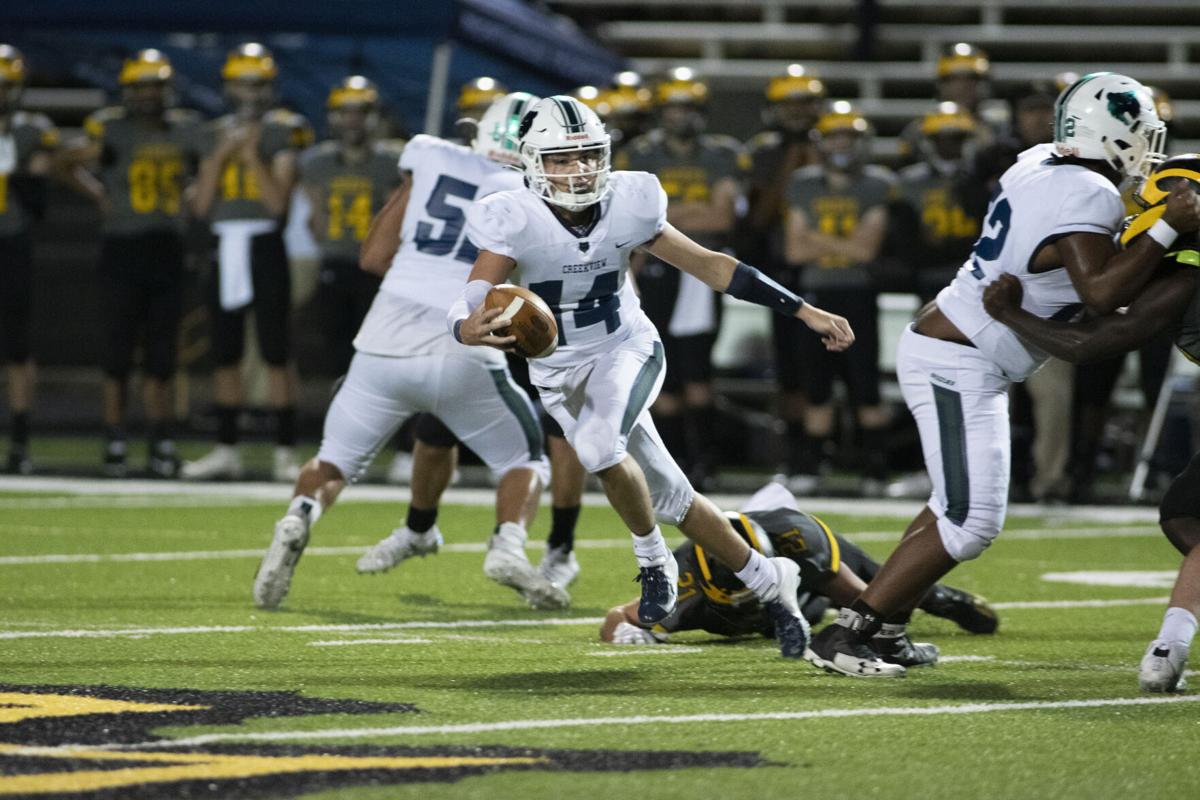 CANTON — If there was any doubt as to how good Creekview’s defense was, last Friday night’s performance quelled any concerns.

Creekview went on the road and beat archrival Sequoyah 24-0 at Skip Pope Stadium.

It was the second consecutive shutout for the Grizzlies (4-1, 2-0 Region 6AAAAAA), who have allowed an average of just 5.8 points per game following their third straight win over the Chiefs (0-5, 0-2).

“Our kids played hard tonight, and they take a lot of pride in what they do,” Creekview coach Trevor Williams said. “Our offense took some steps tonight, especially in the first half, but we’re still finding ways to make mistakes in all three phases, and we’ve got to fix those to be the team that we think we need to be.”

Creekview jumped out to an early lead in the first quarter and never looked back.

Following a long punt return by Dawson Currie, running back Tyler Stevens plunged in from 3 yards out to give the Grizzlies the lead. Sequoyah fumbled on its ensuing possession, and Creekview wasted no time when, on the very next play, Currie found Tristan Summers for a 15-yard touchdown on a wide receiver reverse pass.

Stevens added a second score, this time on a 5-yard run, late in the second quarter. Andy Moncada connected on a 34-yard field goal to make just before halftime, capping a near-perfect half for the Grizzlies.

The fast start seemed to boost Creekview’s defense, which recorded the first shutout in this rivalry’s 13-season existence.

“Man, it was just awesome to get a shutout against our rivals and score some points while we’re at it,” Creekview senior defensive back Cole Hasty said. “We were scoring so fast on offense that our defense had to get back out there, but it was a different kind of feeling when getting back out there. We take a lot of pride in this tonight because we know that zeros don’t come very often.”

Creekview outgained Sequoyah 279-144 and tallied 10 first downs, compared to six for the Chiefs. Sequoyah, which had trouble moving the ball all game, fumbled the ball three times, losing possession on each.

The Chiefs saw a bit of a bright spot in the second half when running back Jaden Mitchell was able to break free on a few long runs. Mitchell finished with a game-high 18 rushing yards on 15 carries.

Beyond a few instances, however, the Grizzlies bottled up Sequoyah at every turn.

Hasty said the preparation for Sequoyah’s Wing-T offense was the key to the victory.

“Our defense just loves to swarm, but, honestly, I really attribute a lot of this to our scout team,” he said. “We have that scout team every week, and they really did a great job getting us ready. I know those guys will be ready to get to work on Monday and get us ready for the next game.”

Both sides struggled to move the ball in the second half, but the damage had been done.

Sequoyah quarterback Matthew Traynor finished the game 8-for-11 passing for 27 yards, while adding 28 yards on the ground.

Rhodes finished 12-for-24 passing for 174 yards, and A.J Vacarro finished as the game’s leading receiver with three receptions for 81 yards.

Creekview will be back at home next week for what could be a pivotal matchup within the region against River Ridge. Sequoyah will host Cambridge.