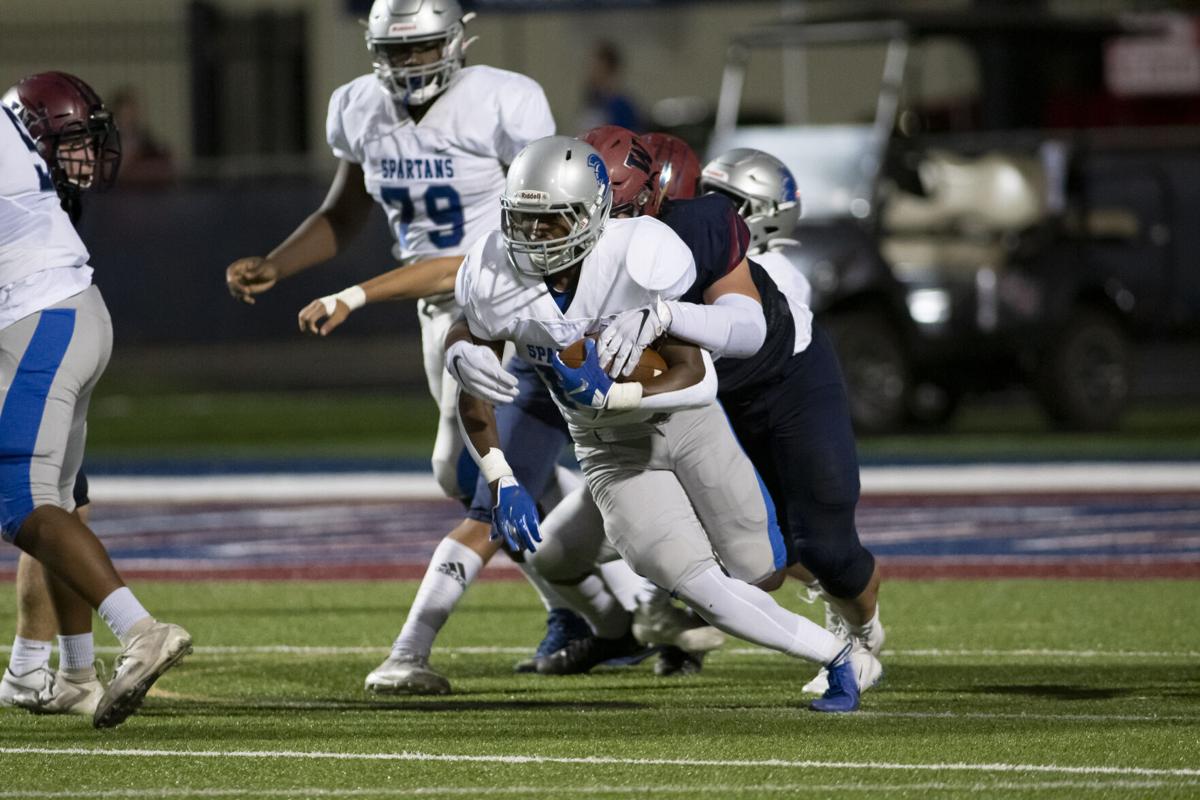 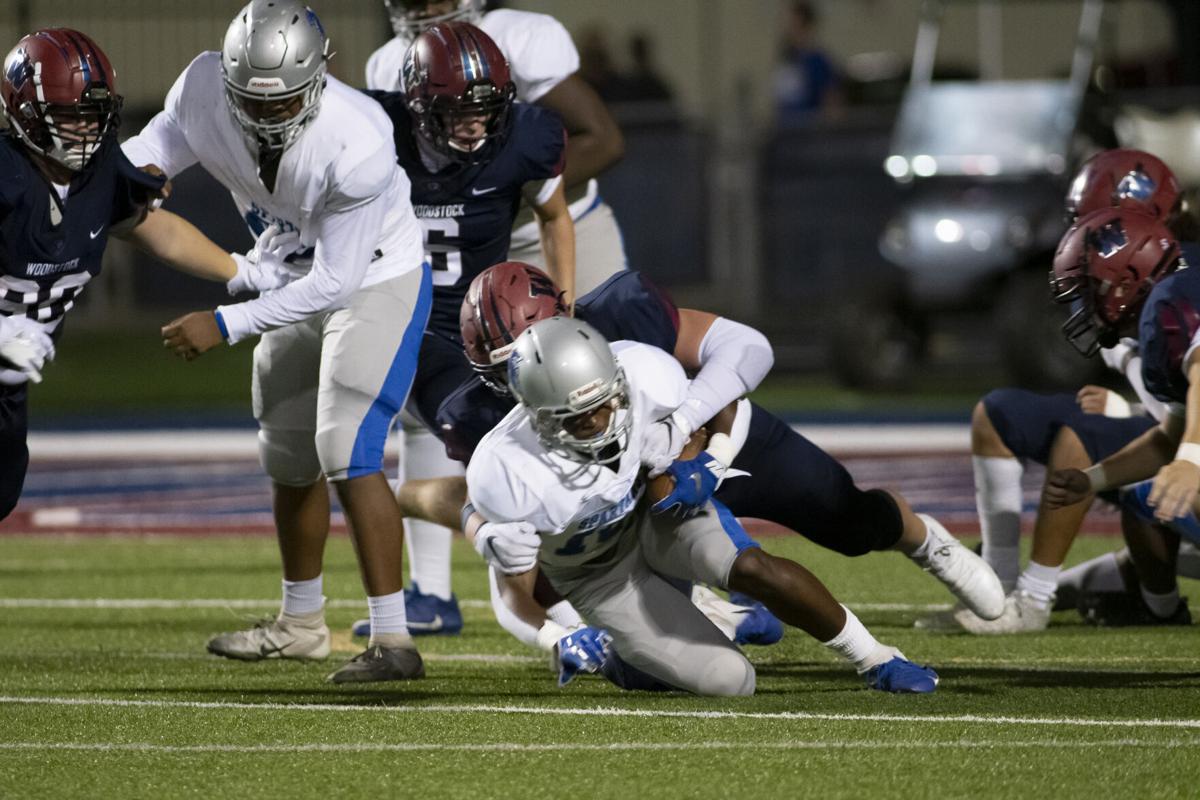 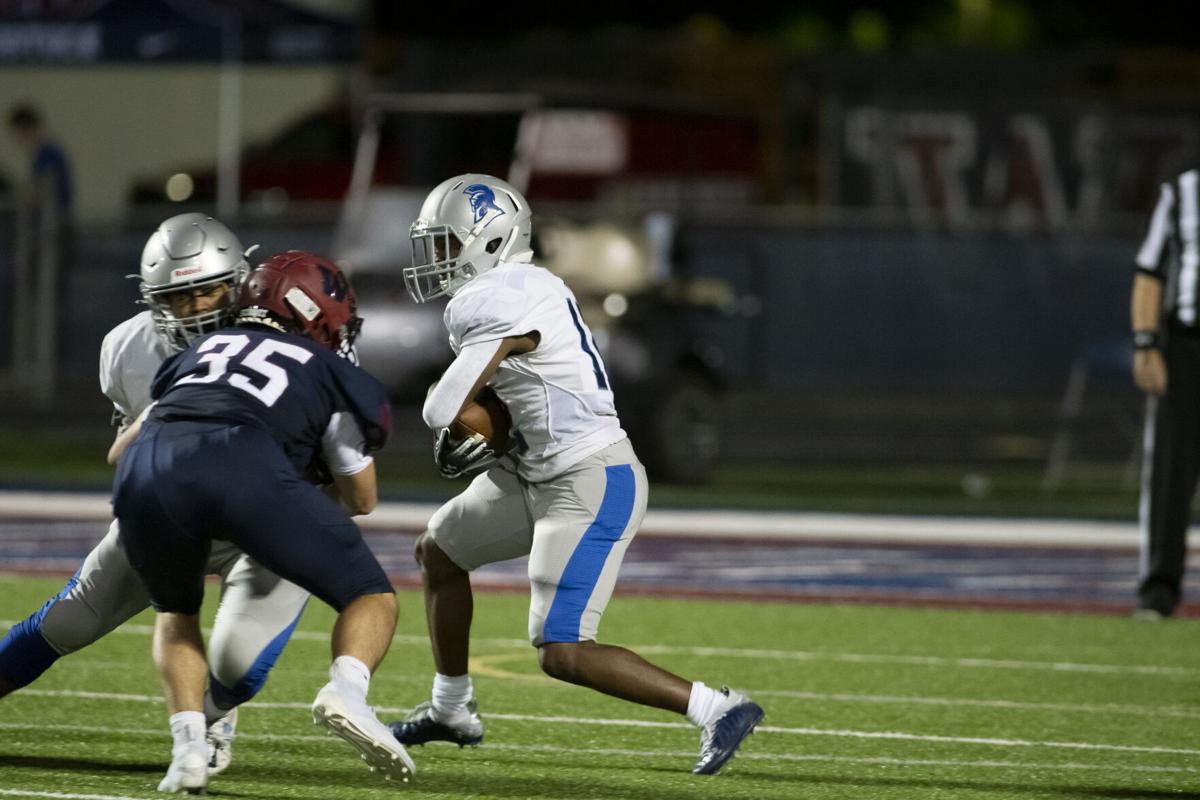 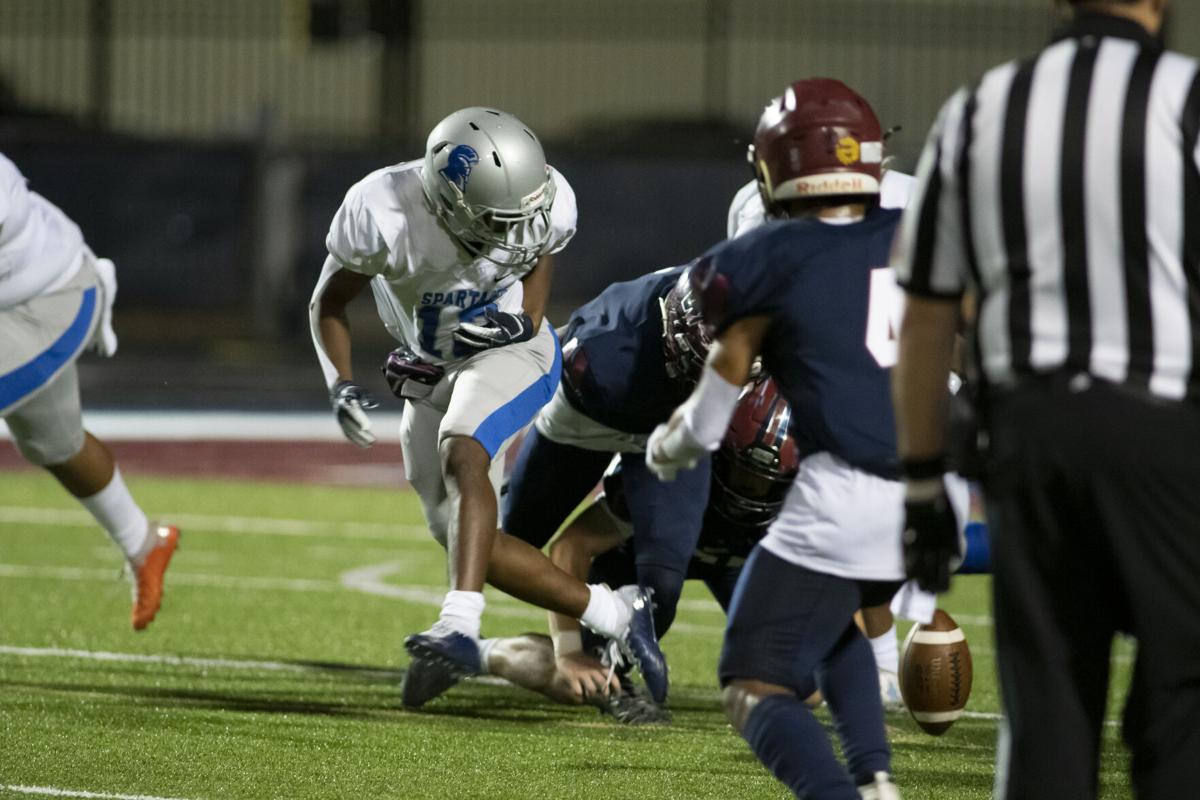 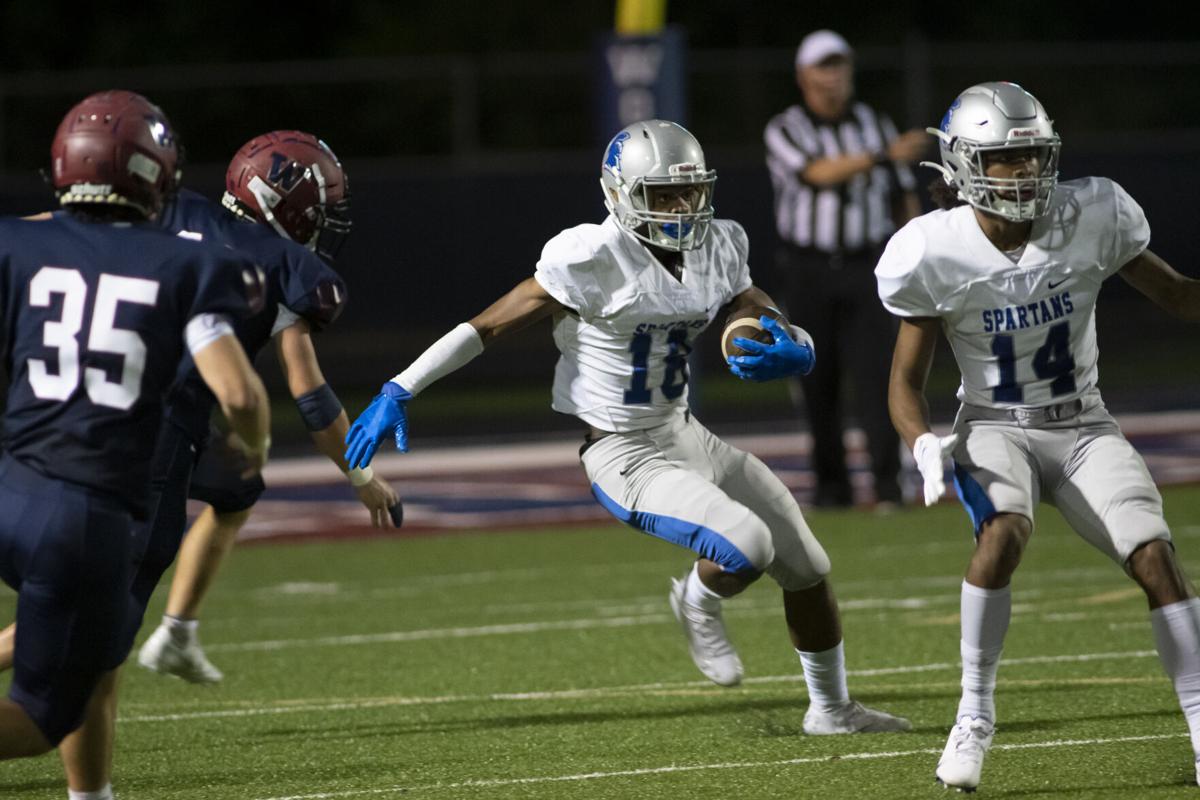 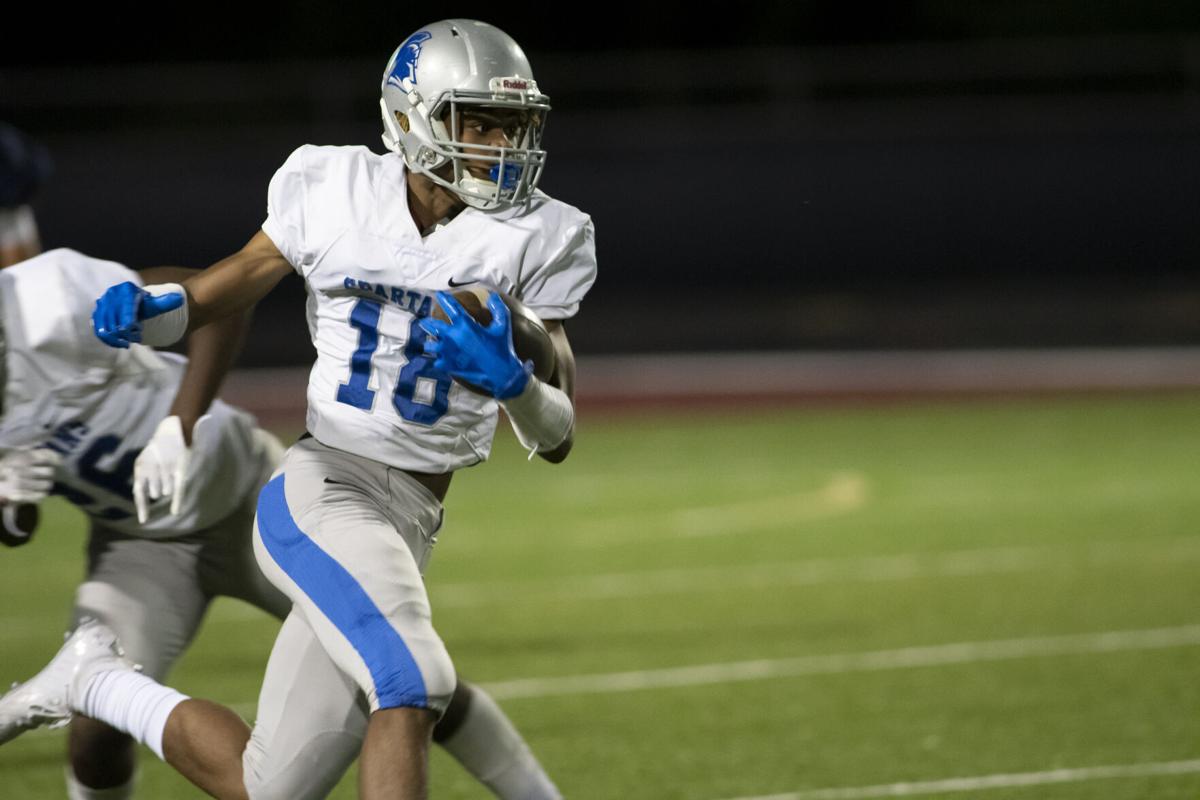 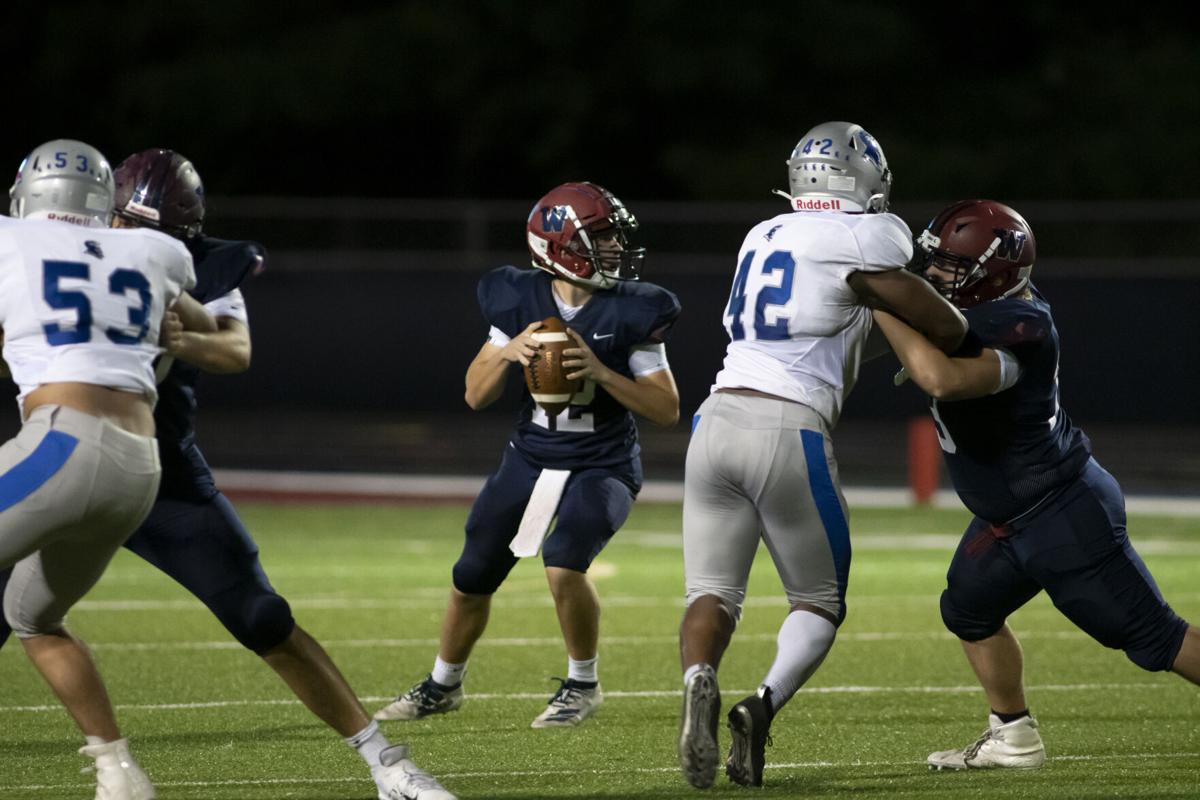 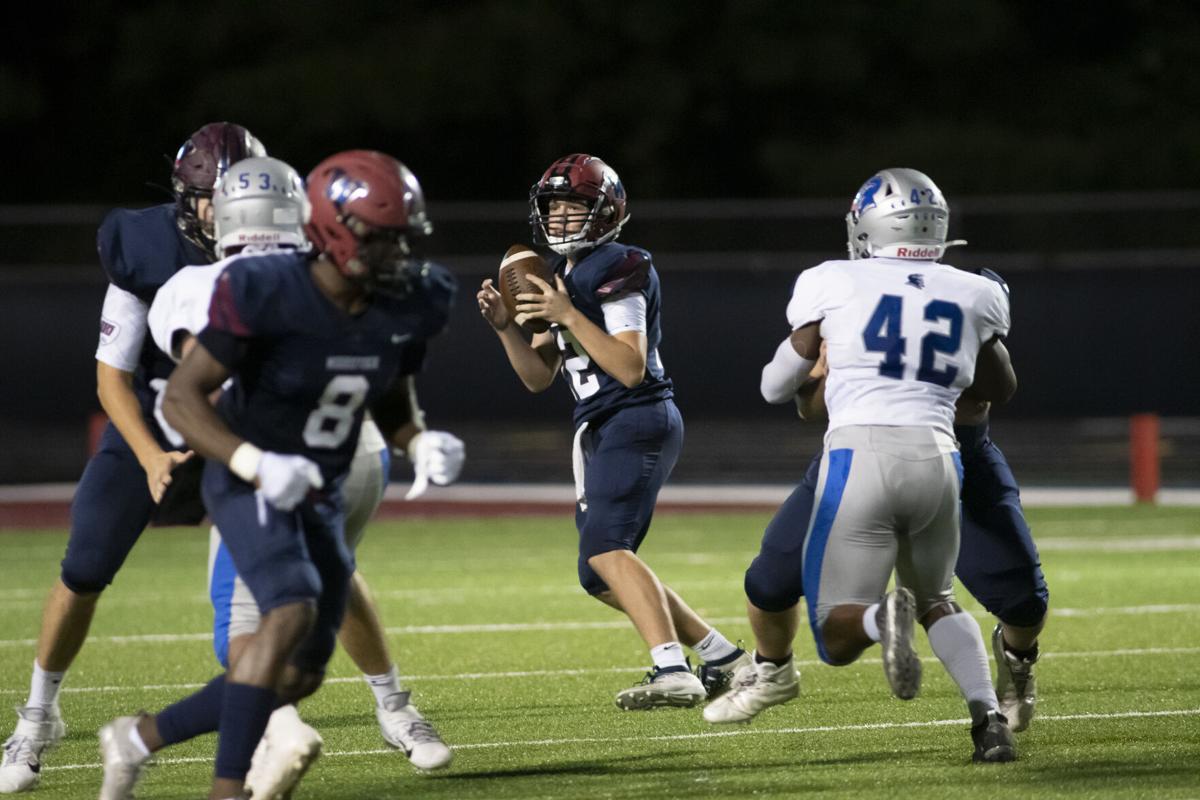 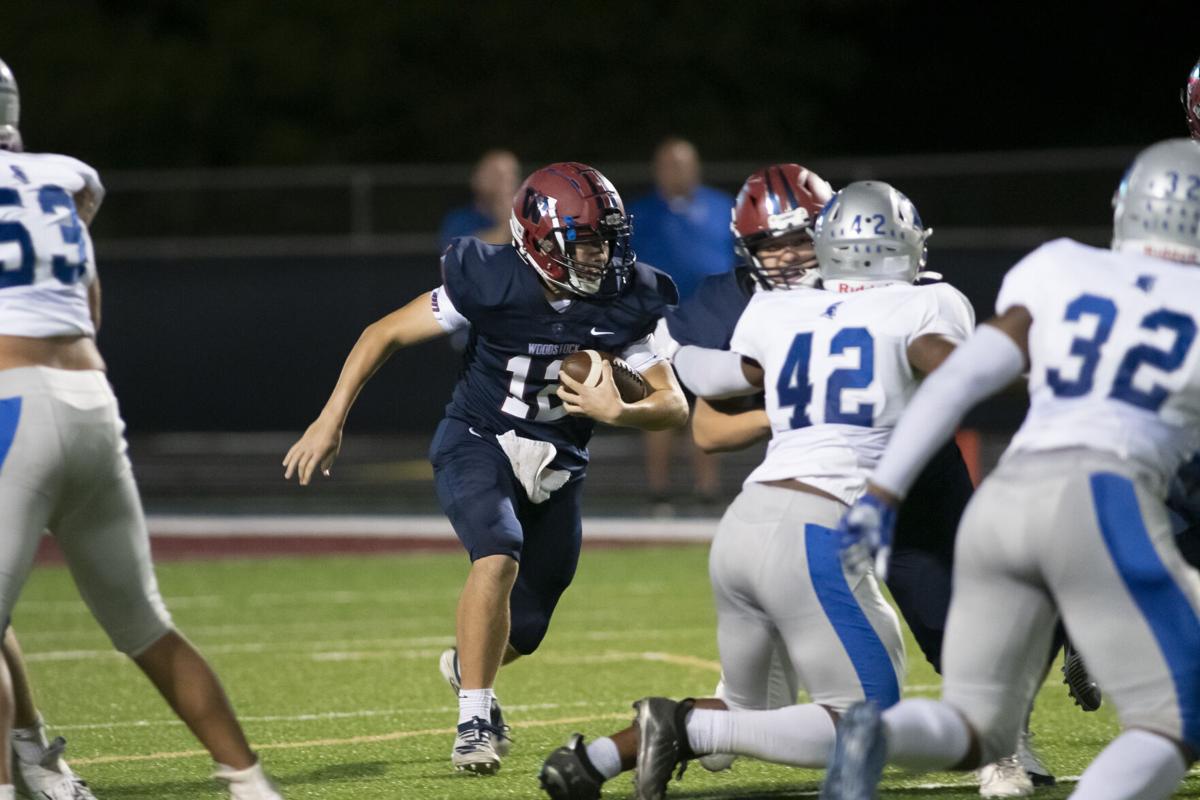 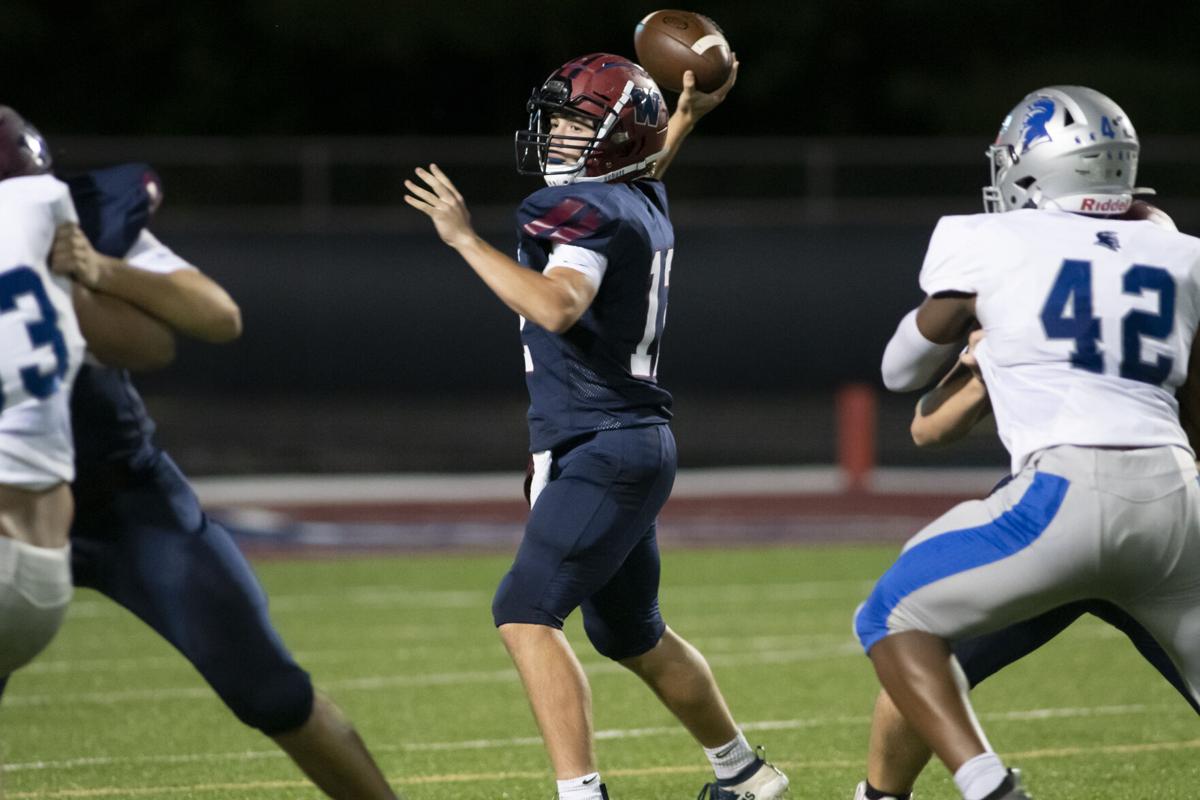 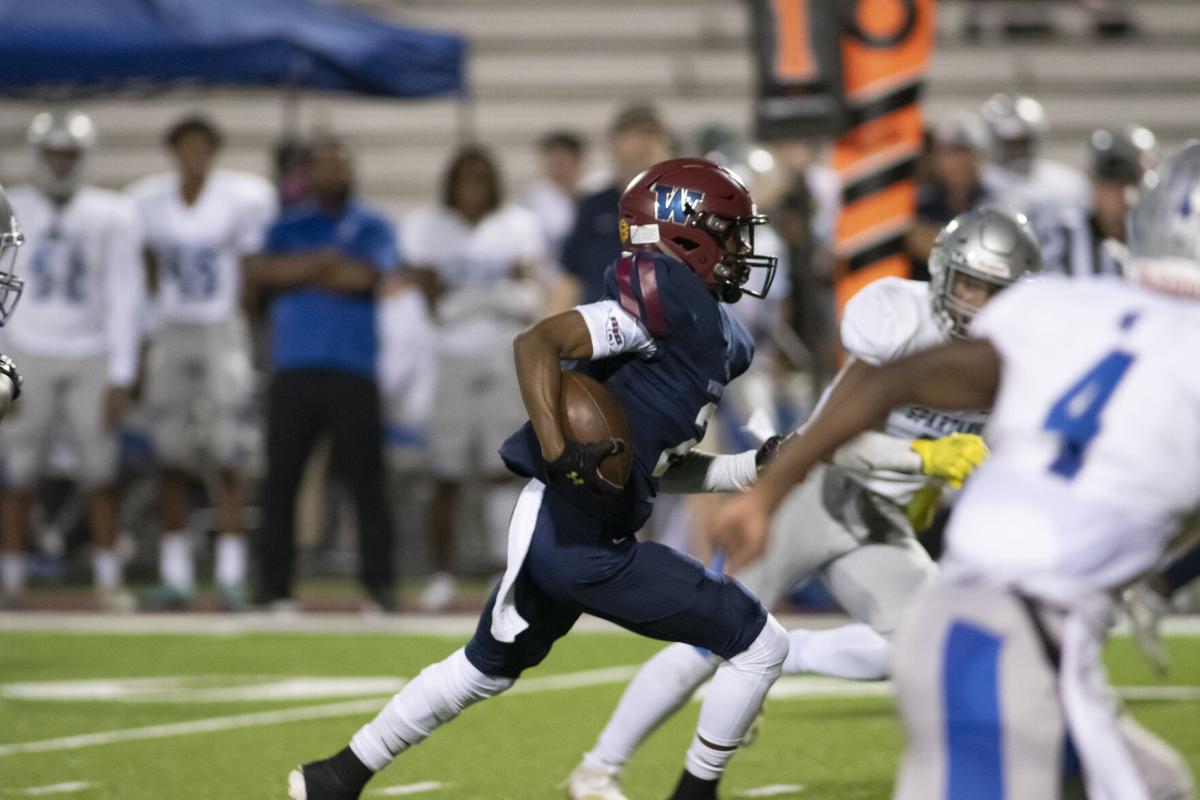 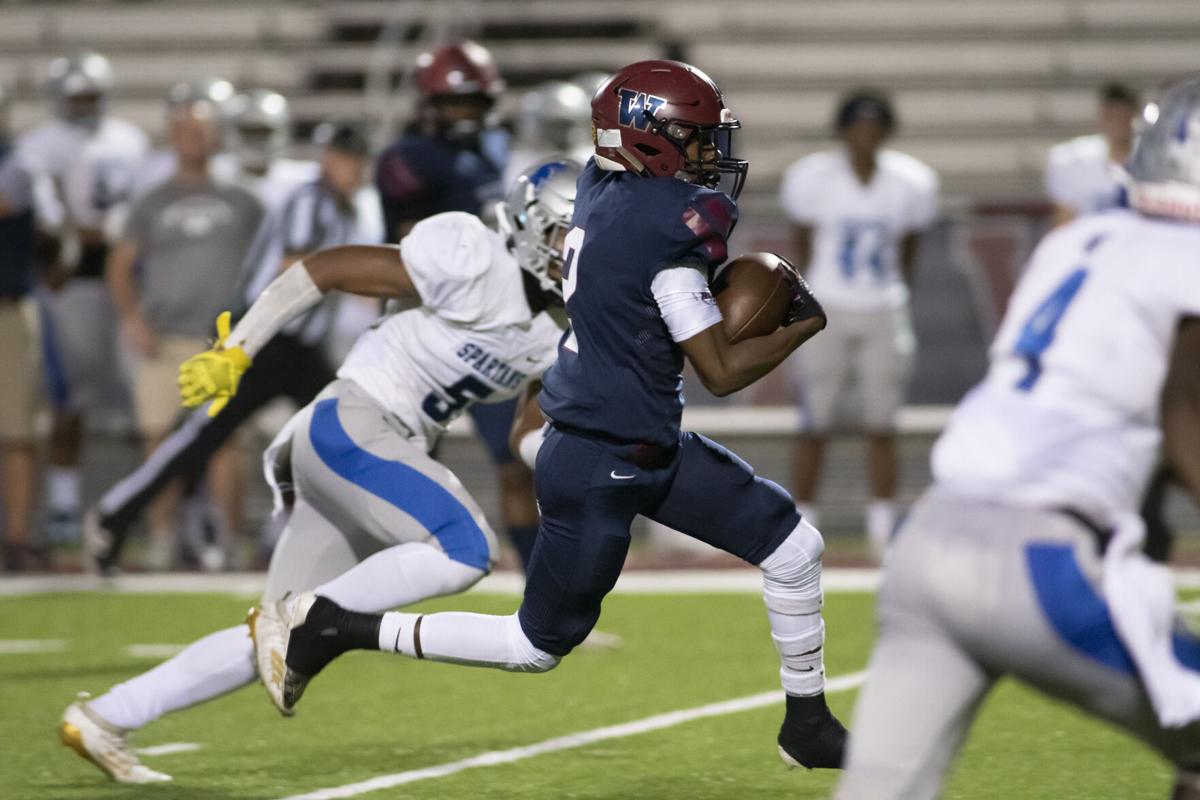 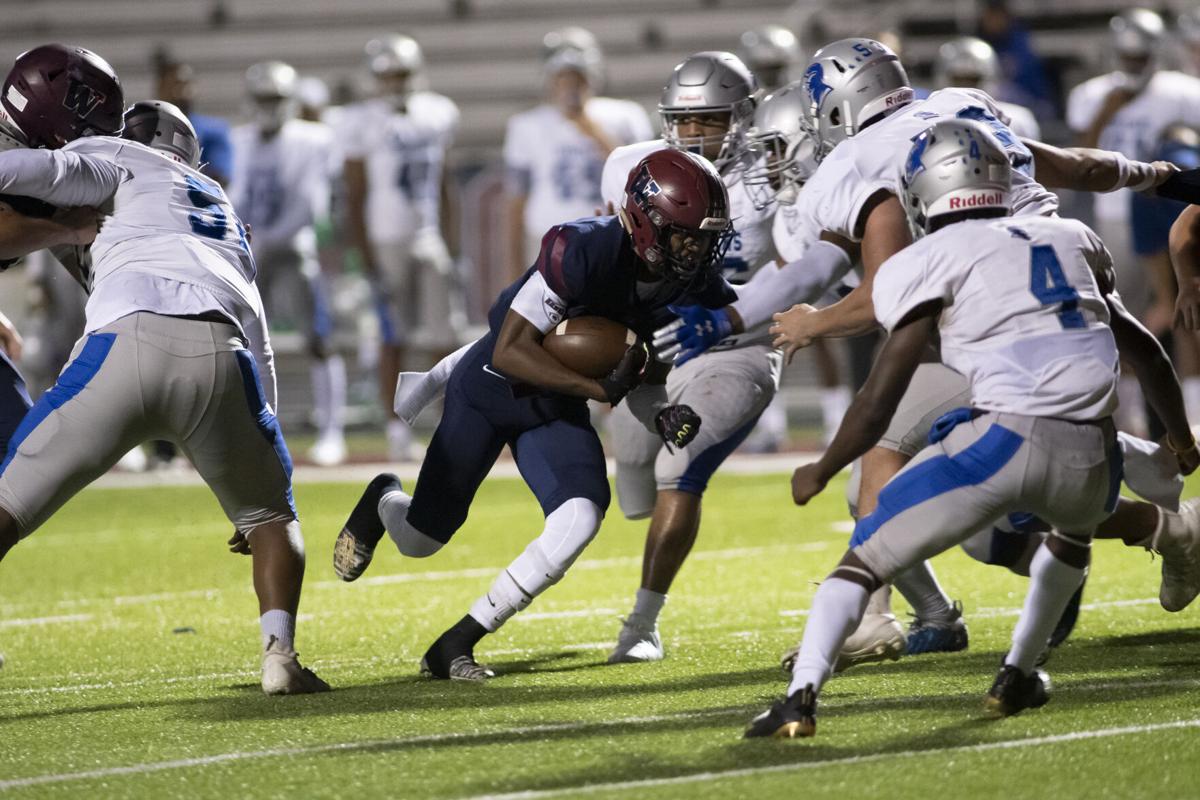 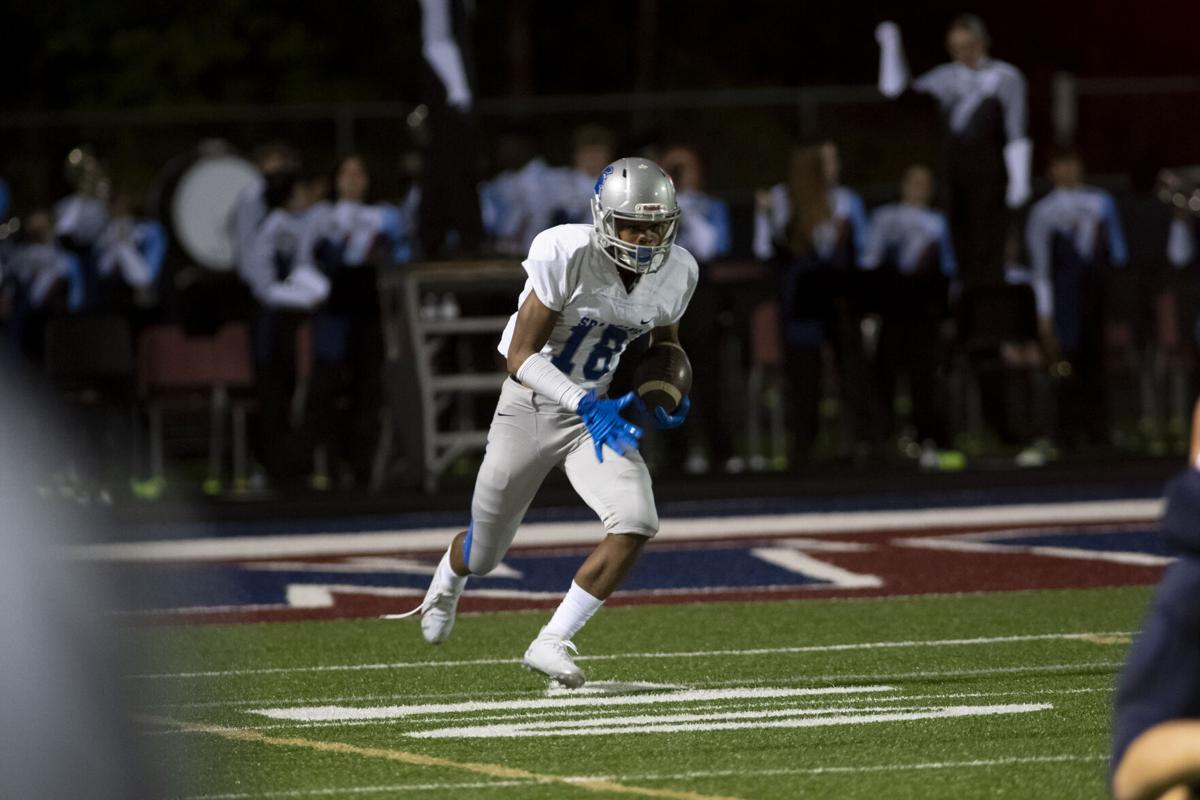 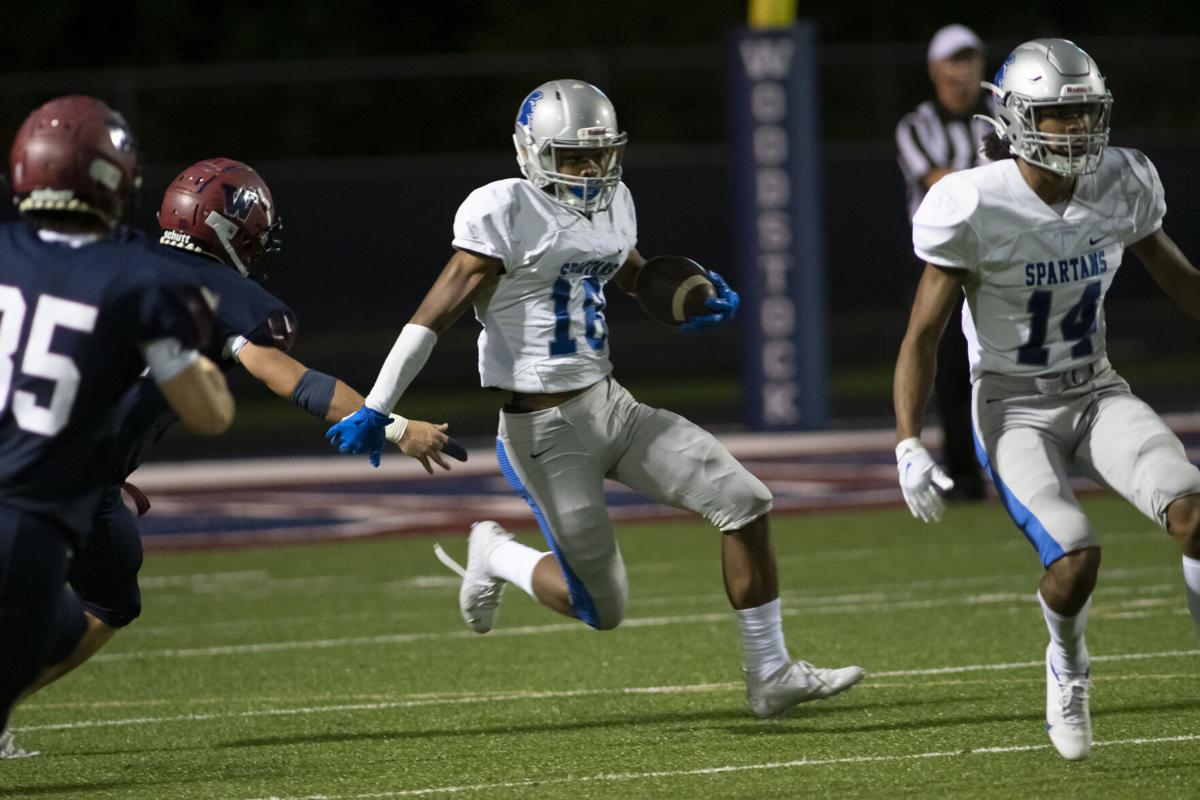 WOODSTOCK -- Daniel Comeau may still not be old enough to legally drive a vehicle, but that did not stop Woodstock coach Brent Budde from giving him the keys to the offense Friday.

The sophomore quarterback ran the offense to perfection in his first varsity start, throwing for five touchdown passes, and the Wolverines cruised past Campbell 48-7 to even their record at 2-2 on the season.

"We decided to make the change to hopefully get the offense something fresh and get going," Budde said. "For him to do that -- he'd never started before -- he played great for us."

It was a nearly picture-perfect performance from Woodstock.

Seven players had 30 receiving yards or more, with Wes Bruno leading the way to the tune of seven catches, 75 yards and touchdown receptions of 19 and 17 yards. David Daniel, Preston Lawrence and O.J. Dupree caught touchdowns from 14, 19 and 16 yards out, respectively.

The sophomore stands about 5-foot-10 and does not yet boast the most mature arm strength, but his quick decisions and command of the offense was a masterclass of Budde's pass-first offensive style from the spread.

"Our offense really is just an extension of the running game and requires a lot of quick decision-making," Budde said. "He executed about as well as you can."

Defensively, Woodstock held Campbell (1-3) to just 171 yards, and the Wolverines scored twice by recovering fumbles in the end zone. Carson Gray jumped on a fumble on the Spartans' first possession, while Grant Ruyle pounced on a loose ball as time expired in the first half, giving the Wolverines a 34-0 lead.

"Defensively, we really smothered them," Budde said. "They really set the tone for us on that side of the ball and kept things in front of them."

Woodstock also had five sacks of Campbell quarterback Mark Anthony Swain, with Gray and Brett Stefan each having two.

Campbell finally got on the board after falling behind 48-0, scoring on the first play after Woodstock pulled its starters. Jamison Bodner took a handoff from midfield and went untouched for a 48-yard touchdown.

Bodner led the Spartans with 96 yards rushing on 13 carries.

Issues showed up early for Campbell and never were resolved, as trouble with the snap led to three lost fumbles. The Spartans turned the ball over four times by letting it go on the ground, as well as a fifth on a turnover on downs.

It was a back-to-Earth moment for Campbell, which got in the win column for the first time since 2018 season opener with a 35-0 shutout of Berkmar last week.

"I don't know if we just got our one win, and that was that, but we've got to find a way to stay motivated," Campbell coach Howie DeCristofaro said. "We didn't come out ready to play tonight, and that's on us as coaches. We just weren't ready."

Woodstock compiled 128 rushing yards, led by 46 in the fourth quarter from Saul Holland. Georgia commit Daniel was a force on defense and was used cautiously on offense, but he managed to drag a few Campbell defenders on his 14-yard touchdown reception.

Swain was just 5-of-8 for 67 yards -- all of which were completed to receiver Xavier Brown. Emmot Padgett added 10 carries for 42 yards.

Campbell is scheduled to host Roswell next week, while Woodstock will travel to Calhoun.