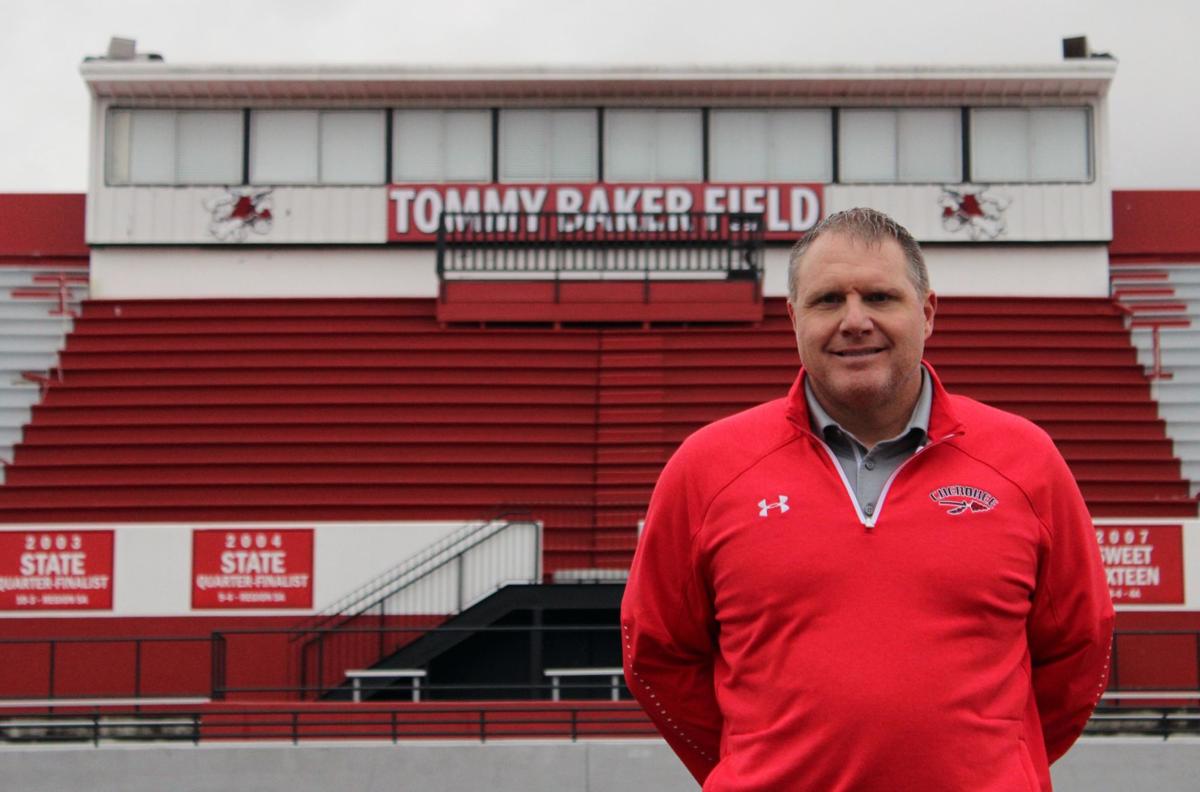 Josh Shaw helped lead Cherokee to the playoffs this season, only the fourth time in program history the team has made consecutive playoff appearances. 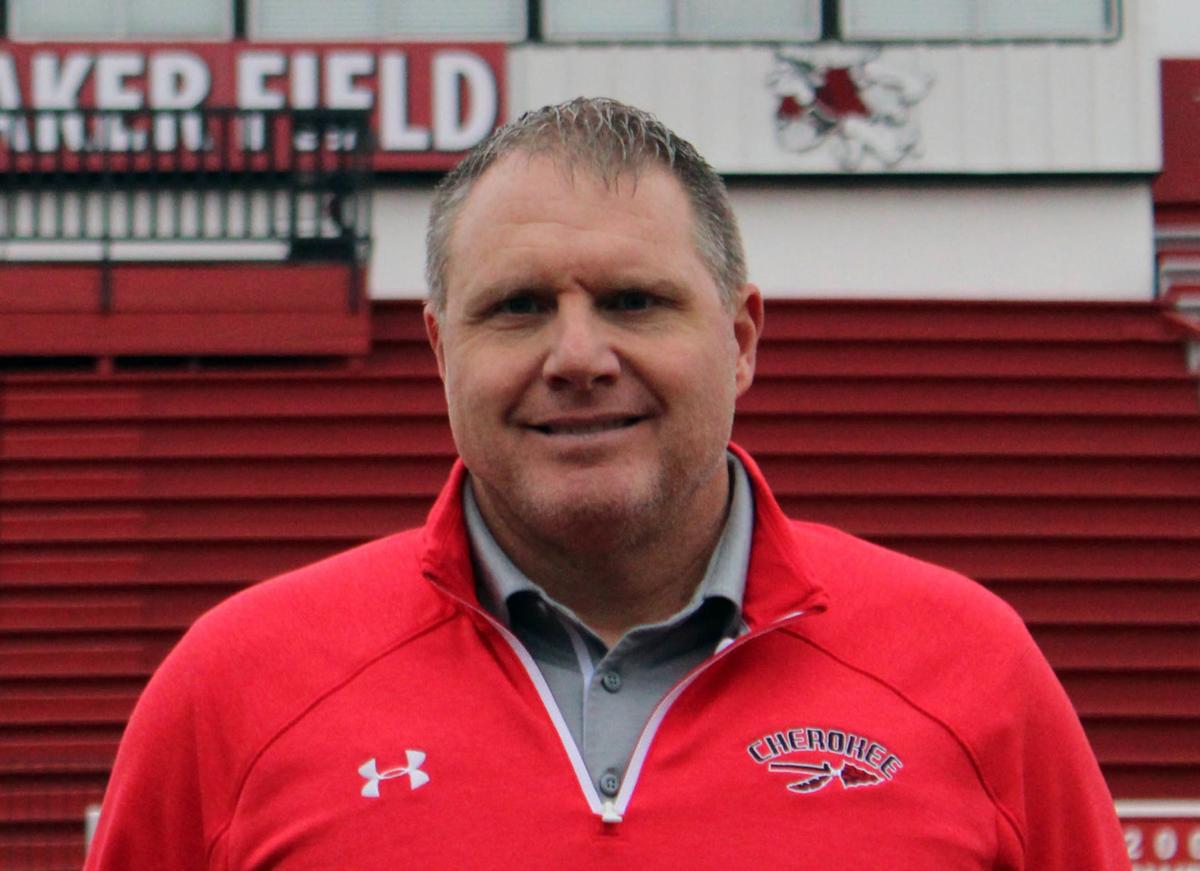 Josh Shaw helped lead Cherokee to the second round of the state playoffs for the sixth time in program history. 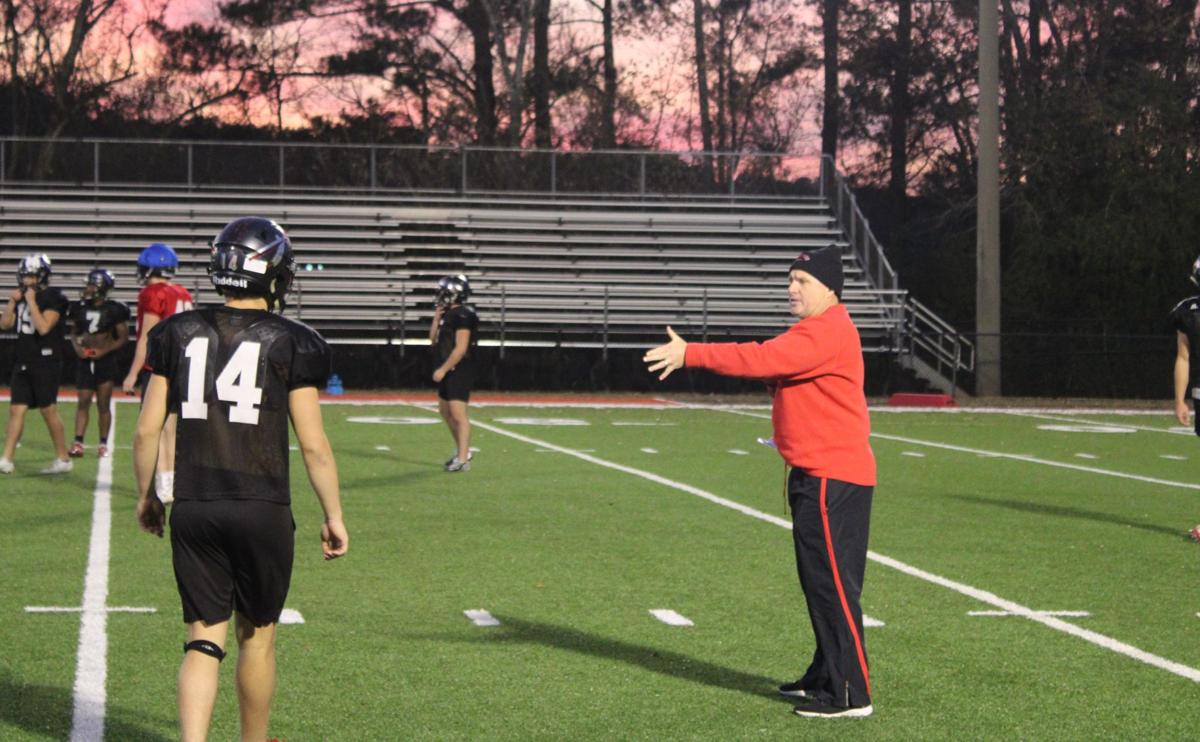 Josh Shaw helped lead Cherokee to the playoffs this season, only the fourth time in program history the team has made consecutive playoff appearances.

Josh Shaw helped lead Cherokee to the second round of the state playoffs for the sixth time in program history.

“I was really disheartened after the Walton game,” Shaw said. “I hugged my wife after the game and I couldn’t believe we let another one slip through our hands. You start looking at yourself and wondering whether you’re a failure or not because you don’t get to compete for a region championship that often.”

The loss knocked Cherokee out of contention for a region championship and the Warriors entered the playoffs as the No. 4 seed out of Region 4AAAAAAA. After a week 10 win at Lassiter, Cherokee was faced with travelling to Atlanta to face Westlake, the No. 1 seed out of Region 2.

The Warriors played their most complete game of the season against Westlake and won 41-23, becoming the only road team in AAAAAAA to advance in the opening round of the playoffs.

“The Westlake game — I really needed that personally,” Shaw said. “I know our coaching staff needed that and I know our players needed it too.

Cherokee finished the season 8-4 following a second-round playoff loss to Archer but it was only the sixth time in the program’s 64-year history that the Warriors had advanced that far. For helping lead his team to consecutive playoff appearances for only the fourth time in program history Shaw has been named the 2019 Cherokee Tribune Coach of the Year.

“There’s a lot of pride in this community,” Shaw said. “Cherokee is the oldest high school in this county so there’s a lot of folks who have been tied to this program for a long time and they want to see it be successful.”

What makes the past two years more impressive is the fact that the Warriors finished the 2017 season winless. Following that season, Shaw decided to make a few changes. He inserted himself back into the weight room, organizing and running the workouts himself. He revamped the practice schedule and took more of a hands-on approach to managing the day-to-day operations.

Running a high school football program in the highest classification in Georgia can in many ways feel like running a college program. There are many responsibilities that lie outside coaching and Shaw said 2017 taught him to refocus on what’s important.

“I had let some of those other responsibilities pull me away,” Shaw said. “I learned a lot that year. I think a coach will learn a lot more from losing that he ever does from winning.”

“We made a lot of changes but more than anything I reinvested myself into the program and I realized that all the other external stuff can wait. My focus needs to be on these young men and how we perform in the weight room and on the field.”

Cherokee finished 5-6 with a first-round playoff exit in 2018 but the eight wins this season was the most for the program since 2007. Shaw coached the team’s cornerbacks this season for a defense that was the best in the county. Patrick Dahlen, a senior safety who earned Cherokee County Defensive Player of the Year, played on that 2017 team and saw firsthand the shift within the program led by Shaw.

“It’s been awesome to be a part of the turn around within the program and it really has everything to do with coach Shaw,” Dahlen said. “He changed the culture in the locker room and on the field, but he also takes time for his kids outside of football. He came to a swim meet of mine and that was a really big deal for me. He does stuff like that all the time.

“He’s a tough coach too. I’ve seen both sides of it. I took a lot of heat during my junior year but it has molded me into who I am now. It’s tough at the time because you think you’re pretty mature and know everything but a few years later you realize how much he helped you.”

Shaw said the most gratifying part of his job is player development. Following the loss to Archer, Shaw led the procession of coaches and fans who hugged each senior in thanks for their time as a Warrior. He brought the tradition with him from Etowah where he was an assistant coach under his mentor Bill Stewart before taking the head coaching job at Cherokee in 2012.

“You get to see young men grow into leaders. Seeing a kid exceed what they think are their capabilities — it’s special,” Shaw said. “And we have a lot of kids like that.”

“I still get a little emotional when I think about it because the ones in that line this year — they were with us when we weren’t doing well. I’m very indebted to those kids and you get emotionally attached.”

One of the cooler signs of respect I’ve seen in high school football.Following their playoff exit tonight, all of Cherokee’s senior football players lined the goal and one-by-one each was give hugs of appreciation by coaches and fans. Pretty awesome stuff @WarriorsCHS pic.twitter.com/dapq6msM4U

Shaw said the team’s offseason schedule is locked in place. His main focus is retaining what he called the ‘best staff he’s ever had’ and continuing to focus on areas to improve. Cherokee is scheduled to play in the Corky Kell Classic next fall, putting the Warriors in the first high school game in the state of Georgia for the 2020 season.

“I think it’s just a really exciting time right now to be a Cherokee Warrior,” Shaw said. “I think we’ve created a lot of excitement for the fans, the community and the school.”