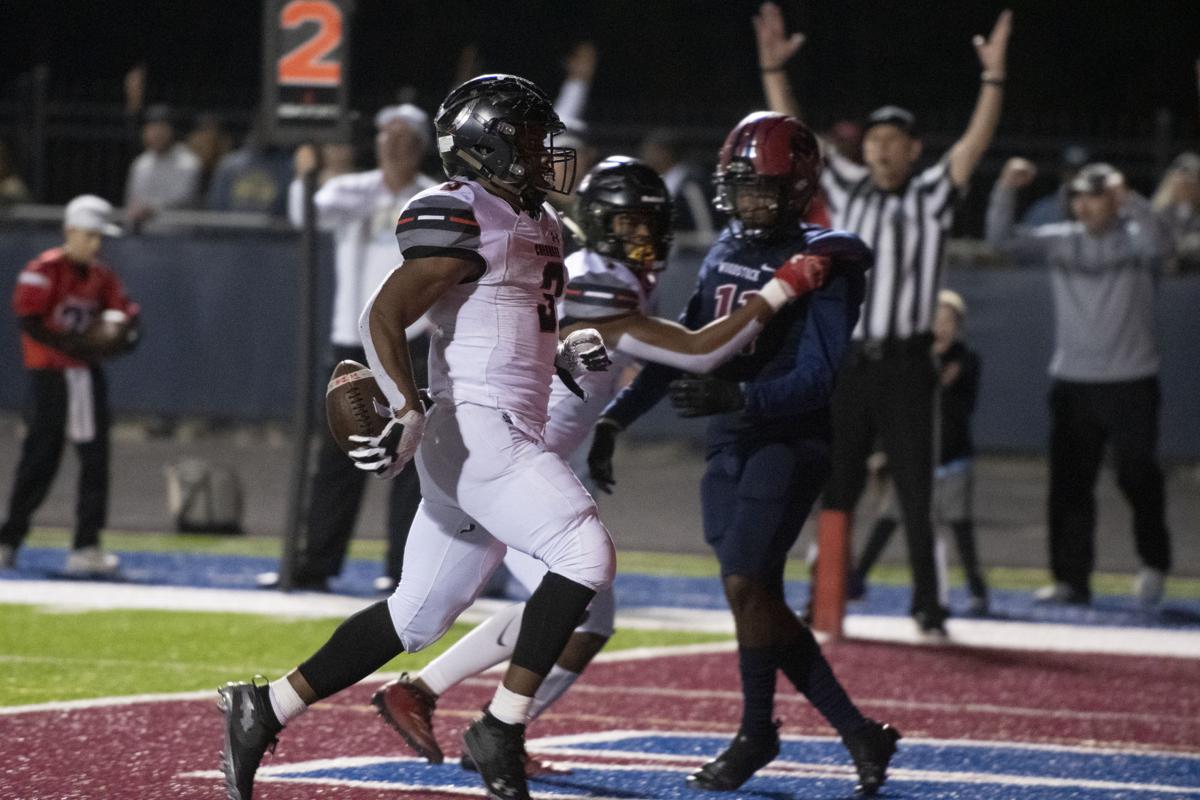 Anthony StalcupCherokee’s Keith Adams Jr. runs for a touchdown in a game earlier this season against Woodstock. Adams Jr. is tied for the Cherokee County lead with six rushing touchdowns. 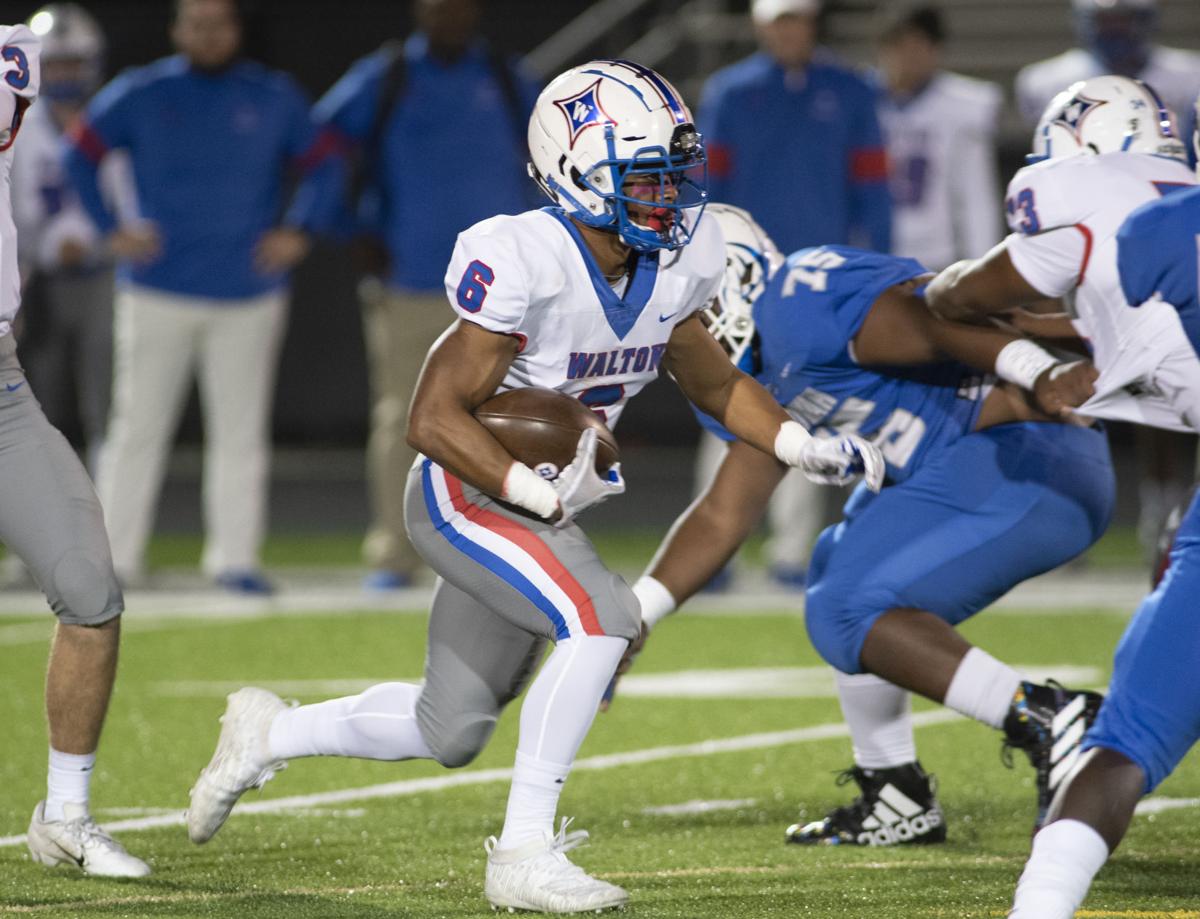 Anthony StalcupCherokee’s Keith Adams Jr. runs for a touchdown in a game earlier this season against Woodstock. Adams Jr. is tied for the Cherokee County lead with six rushing touchdowns.

With two weeks left in the regular season, four teams are tied atop of Region 4AAAAAAA.

Two of these teams will meet on Friday when Cherokee (6-2, 2-1) travels to Walton (4-4, 2-1) and the winner of this game will likely keep pace with Roswell and Etowah for a chance at the region championship.

“It’s kind of like a playoff game in the middle of our schedule,” Cherokee coach Josh Shaw said.

Cherokee is coming off a bye week and is off to its best start to a season since 2014. The defense has led the way with linebackers Braeson Parker (99 tackles) and Brandon Byrd (90 tackles) currently the No. 1 and No. 2 tacklers in Cherokee County while safety Patrick Dahlen is tied for the county lead with three interceptions.

Offensively, Cherokee has been balanced and led by a group of sophomores who continue to produce each week. Quarterback A.J. Swann is completing 56% of his passes for 1,486 yards with 11 touchdowns while Kieth Adams Jr. is averaging 89 rushing yards per game and tied for the county lead with six rushing touchdowns. Adarius Harshaw is the deep threat for Cherokee, with 399 receiving yards on 34 receptions with three scores.

“(Cherokee) has a really good quarterback, running back and a deep receiving corps,” Walton coach Daniel Brunner said. “They’ve got a lot of guys on the outside who can make plays. Defensively, they’ve been causing turnovers like crazy and the reality is they’re going to be coming down here trying to win a region championship.”

Cherokee’s Ebony Jackson, the University of Maryland commit who gained eligibility midway through the season and scored twice in his first game, suffered a torn ACL two weeks ago and will not play for the remainder of the season.

Walton is coming off an overtime road loss at Roswell last week and five consecutive road games. Junior running back Kenny Djaha finished with 150 rushing yards on 26 carries against Roswell while K.D. Stokes added nine yards on 11 carries. Even though Djaha had the big game last week, Stokes has been Walton’s lead back this season as the senior has 655 rushing yards and a Cobb-best 13 rushing touchdowns this season.

“We’ll put a tremendous amount of effort in stopping their running game,” Shaw said. “They’re two different backs so we have to be ready for that, but at the end of the day this game could come down to which sophomore quarterback plays better.”

Swann will need to take care of the ball against a Raiders defense which has been opportunistic this season. Will Chapman and Austin Eldrid are each tied for second in Cobb with three interceptions and Ryan Polinski intercepted Roswell’s Ethan Roberts last week. Walton has a talented sophomore behind center as well in Zac Rozman, who has 1,004 passing yards and three passing touchdowns.

Brunner said the parody he expected this season within the region has come to fruition and after five straight road games he’s happy to be back at Raider Valley.

“We’ve been on the road for so long it will be nice to have these last two games at home to finish up the season.”