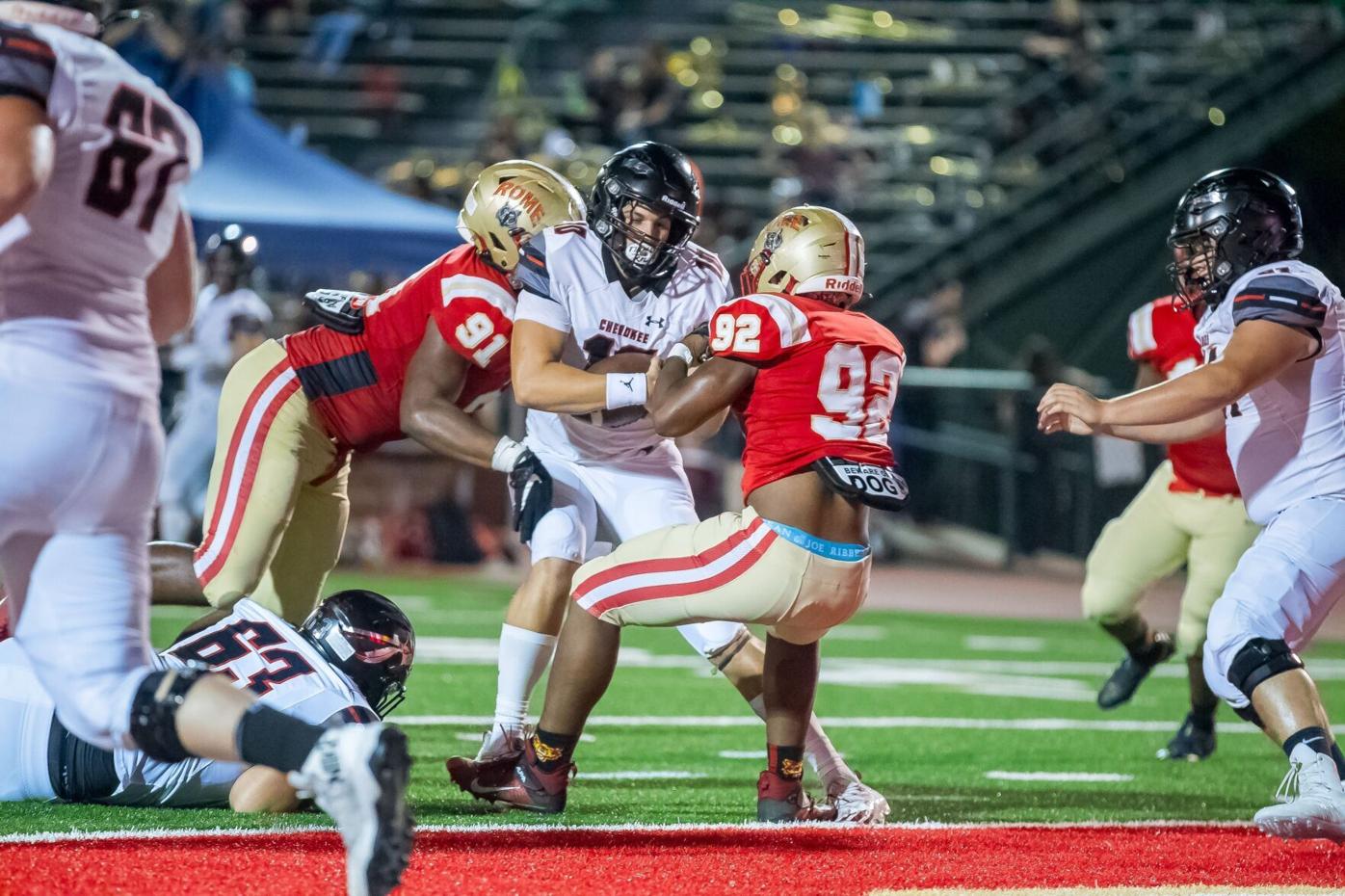 Cherokee quarterback AJ Swann is tackled by Rome’s Stephiylan Green (91) and Tyson Brown. After losing last week’s road game, the Warriors will return home Friday night, but it will be another challenging task as they face Creekview. 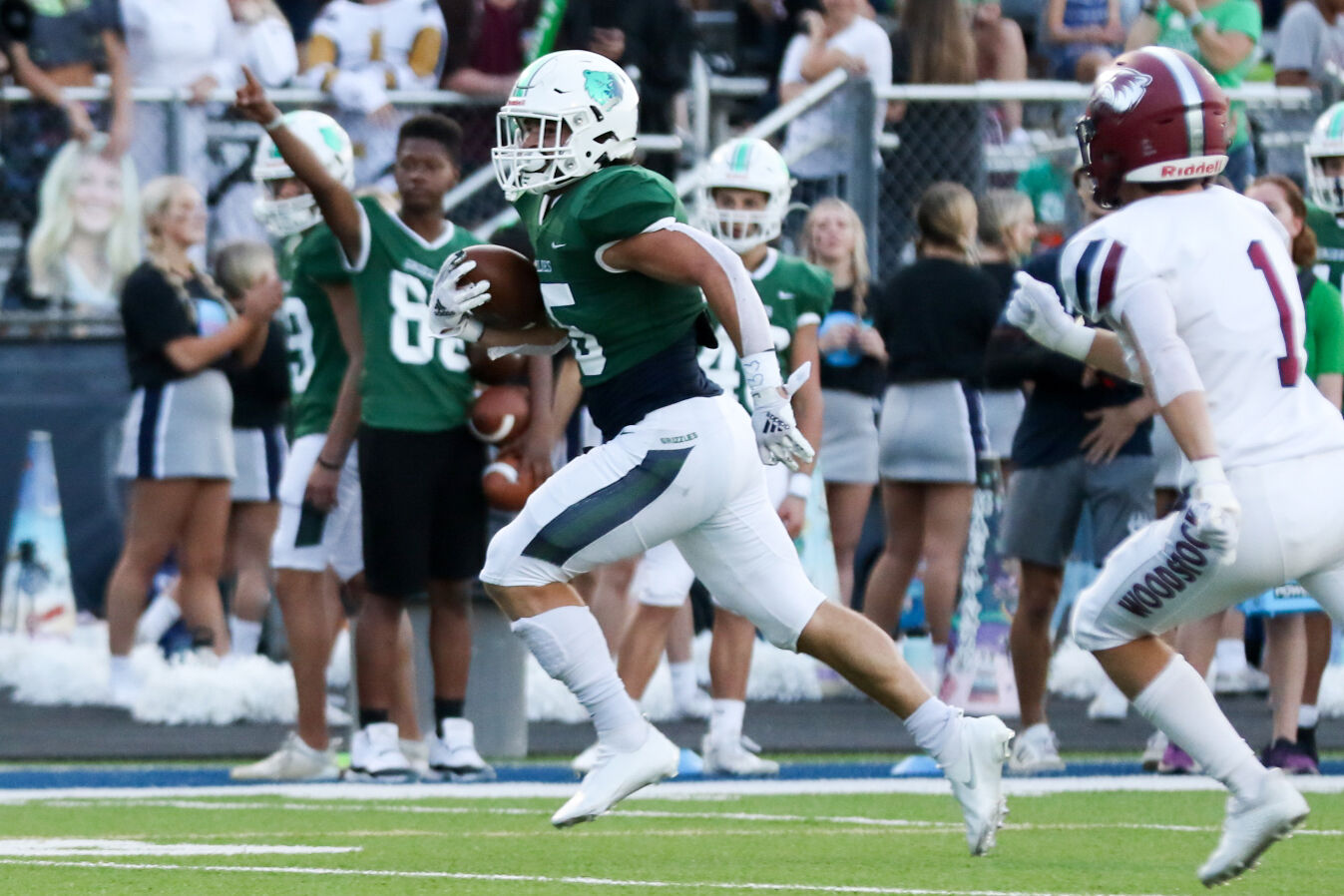 Tyler Stevens breaks down the sideline for a touchdown in Creekview’s win against Woodstock.

Cherokee quarterback AJ Swann is tackled by Rome’s Stephiylan Green (91) and Tyson Brown. After losing last week’s road game, the Warriors will return home Friday night, but it will be another challenging task as they face Creekview.

Tyler Stevens breaks down the sideline for a touchdown in Creekview’s win against Woodstock.

Friday’s matchup between Cherokee and Creekview will start and end with the playmakers on the offensive side of the ball.

Coming off a down week, Cherokee will be looking to make a statement on Friday night.

In their 27-7 loss to Rome, the Warriors struggled to manufacture scoring drives. The one touchdown, however, came on a 71-yard pass from AJ Swann to Caleb Richardson.

Cherokee is hopeful it can get back to the explosive offense it showed in its wins over Mays and Sequoyah. Coach Josh Shaw said he also likes the improvement from the defense over the last few outings.

“We definitely would like to get our offense back rolling again,” Shaw said. “The defense has made some strides the last couple of weeks, especially considering the amount of plays they have been on the field. We want to try to get back into sync offensively.”

Execution is at the top of Cherokee’s priority list leading up to the clash with undefeated Creekview (2-0). The Rome defense featured multiple Division I prospects, providing a slew of difficult blocking assignments for the Warriors’ linemen.

Cherokee is hitting the reset button after the challenging night.

On the flip side, Creekview is coming off a shutout victory over Woodstock, where it forced multiple turnovers and sacked the quarterback twice. Now, the Grizzlies are locked in on holding the Warriors’ dynamic offensive talent at bay.

“Right now, we are focused on Cherokee,” Creekview coach Trevor Williams said. “They have so many offensive weapons, and it starts with the quarterback. He is incredible, and we have got our hands full this week.”

Swann will be at the center of the Creekview defensive focus. The Maryland commit comes into the game with 31 completions for 494 passing yards and seven touchdowns, to only two interceptions.

The Warriors also feature two receivers with more than 150 yards on the season, as well as running back Zi Johnson, who has 173 yards and a touchdown on 33 carries.

Creekview knows it will have a tough time stopping the Cherokee offense the same way Rome did.

“Rome is an incredible football program, and I do not know that you can replicate that,” Williams said. “We just want to put our eyes in the right place and swarm to the football. When you have the playmakers, they do on the outside. You are going to have to play close to perfect.”