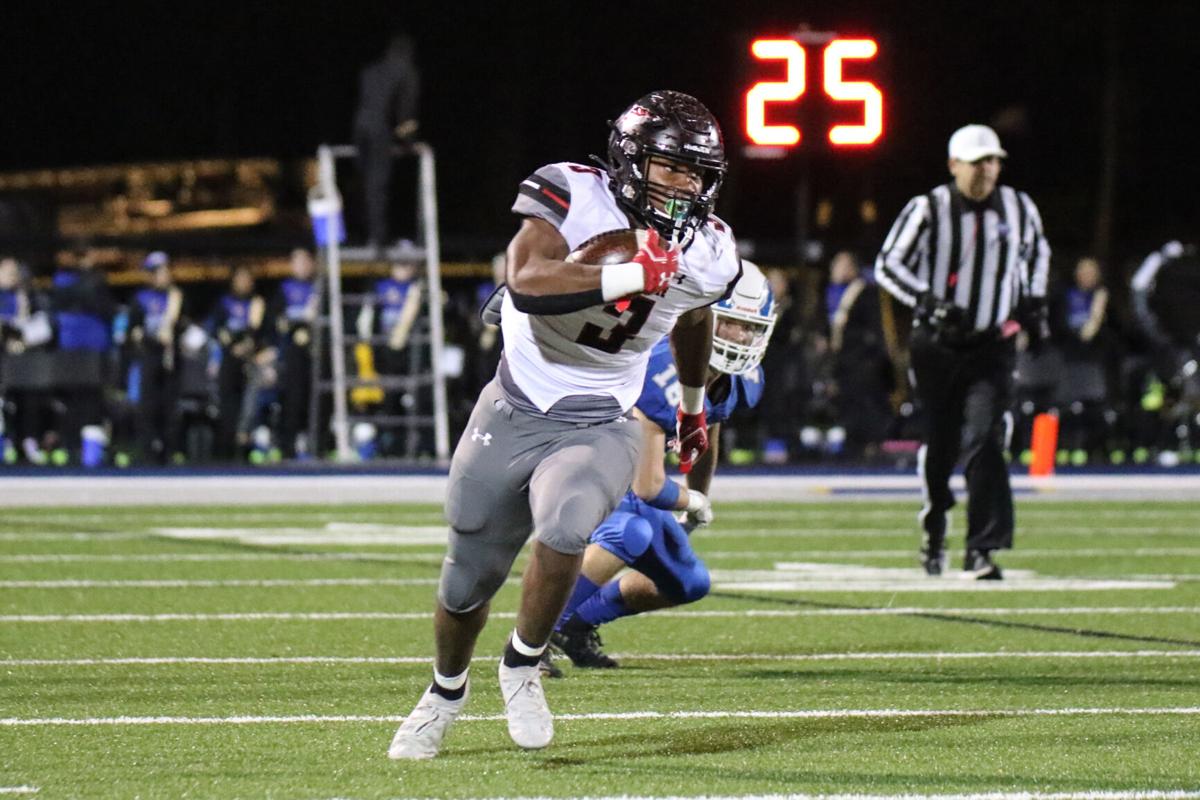 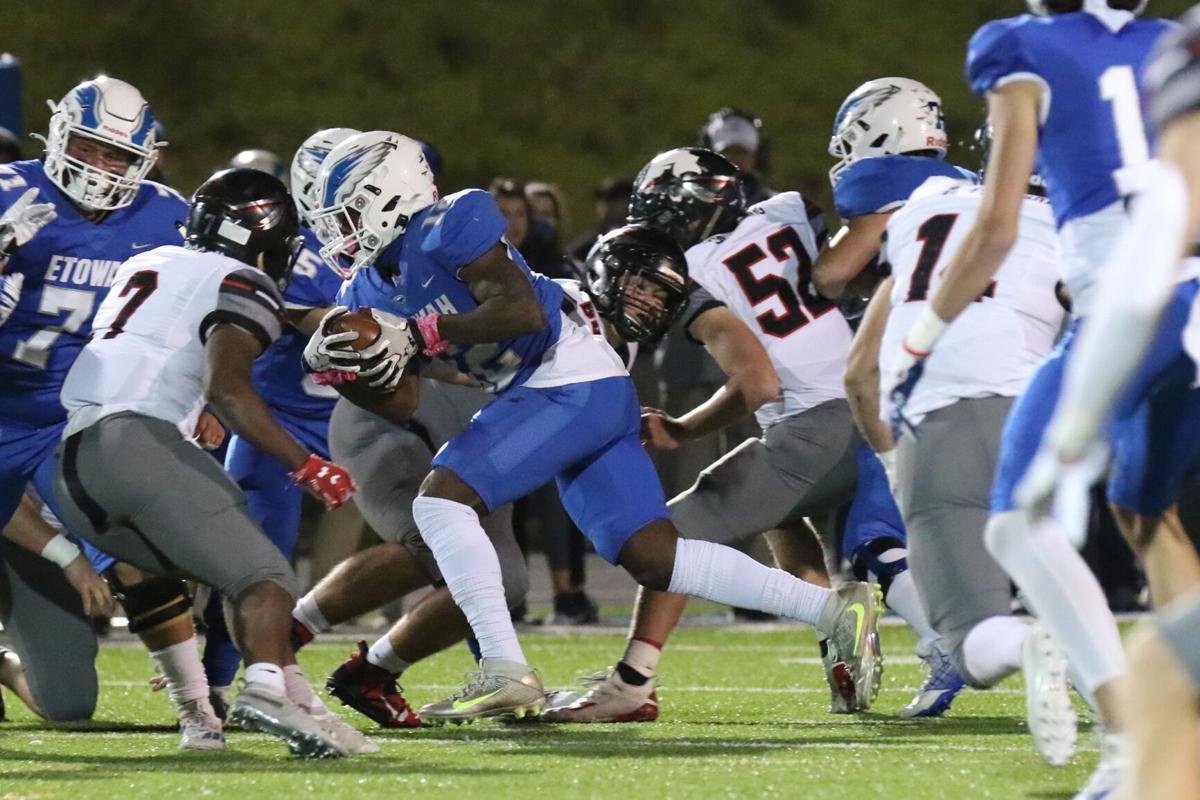 Klivert Many with the carry up the middle 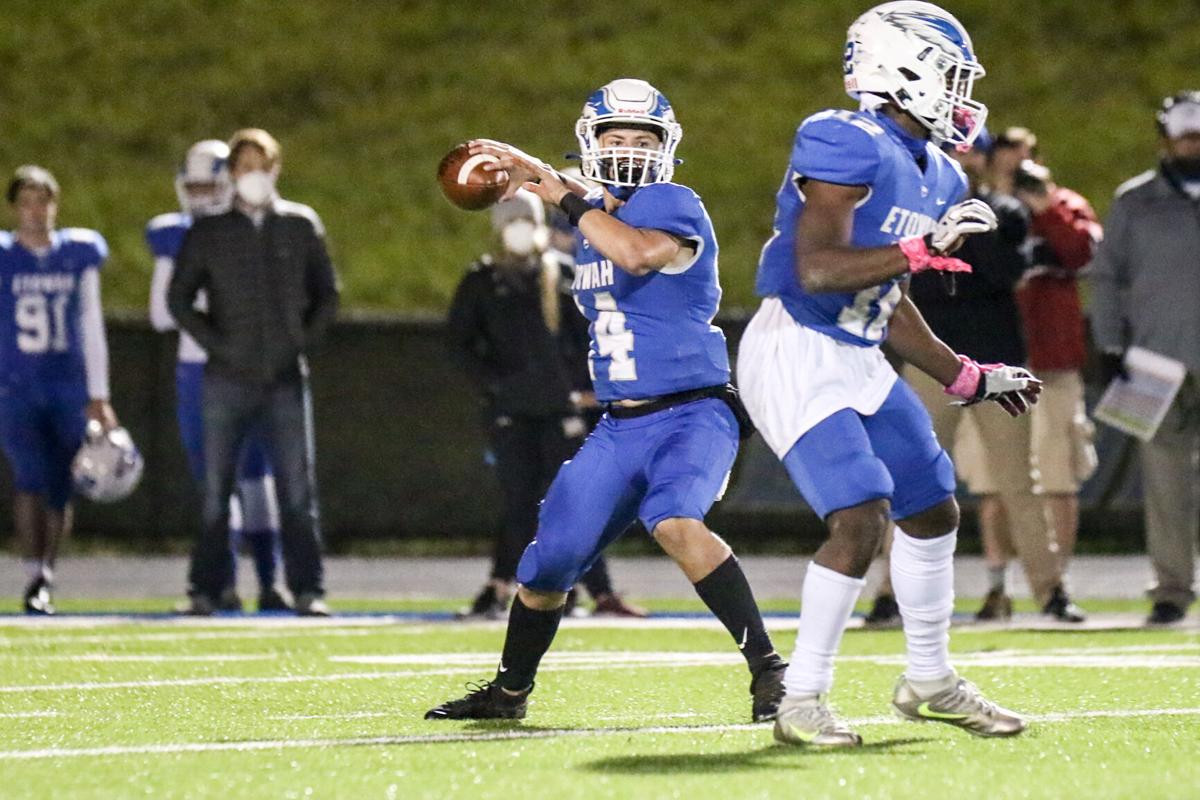 Will Curcio set to pass 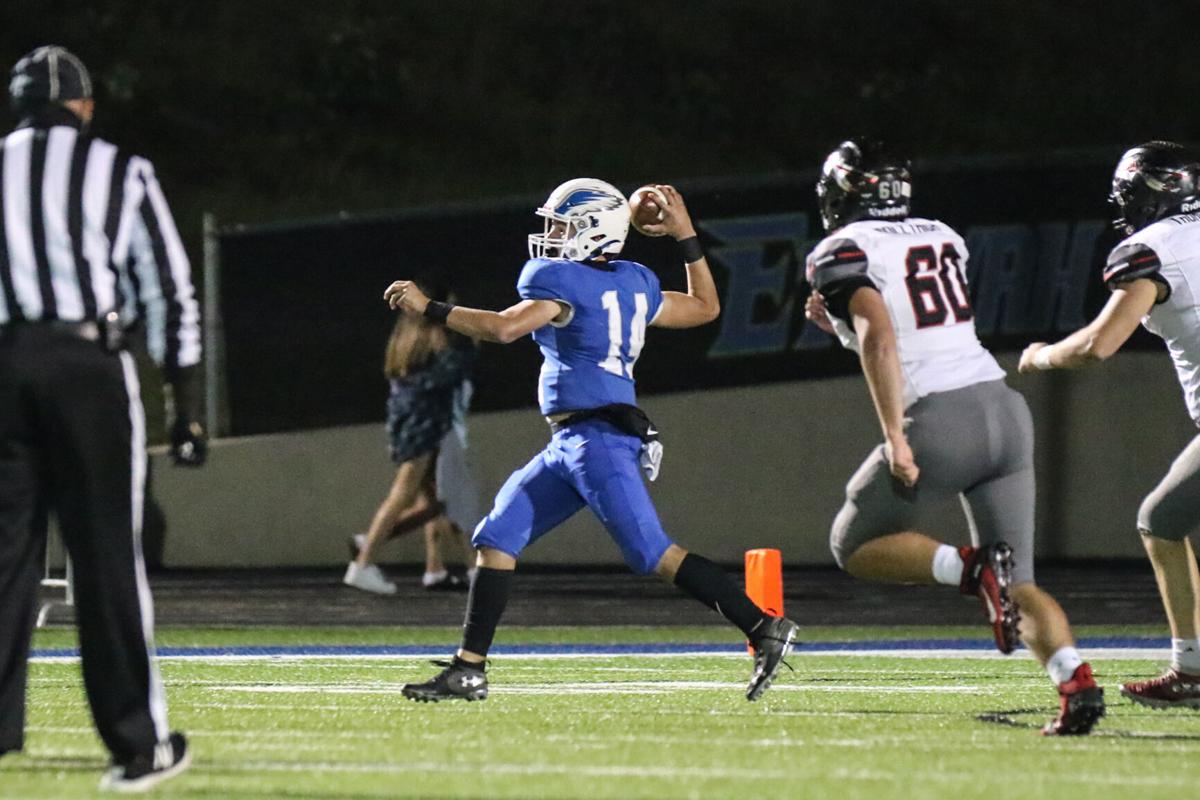 Will Curcio with the pass 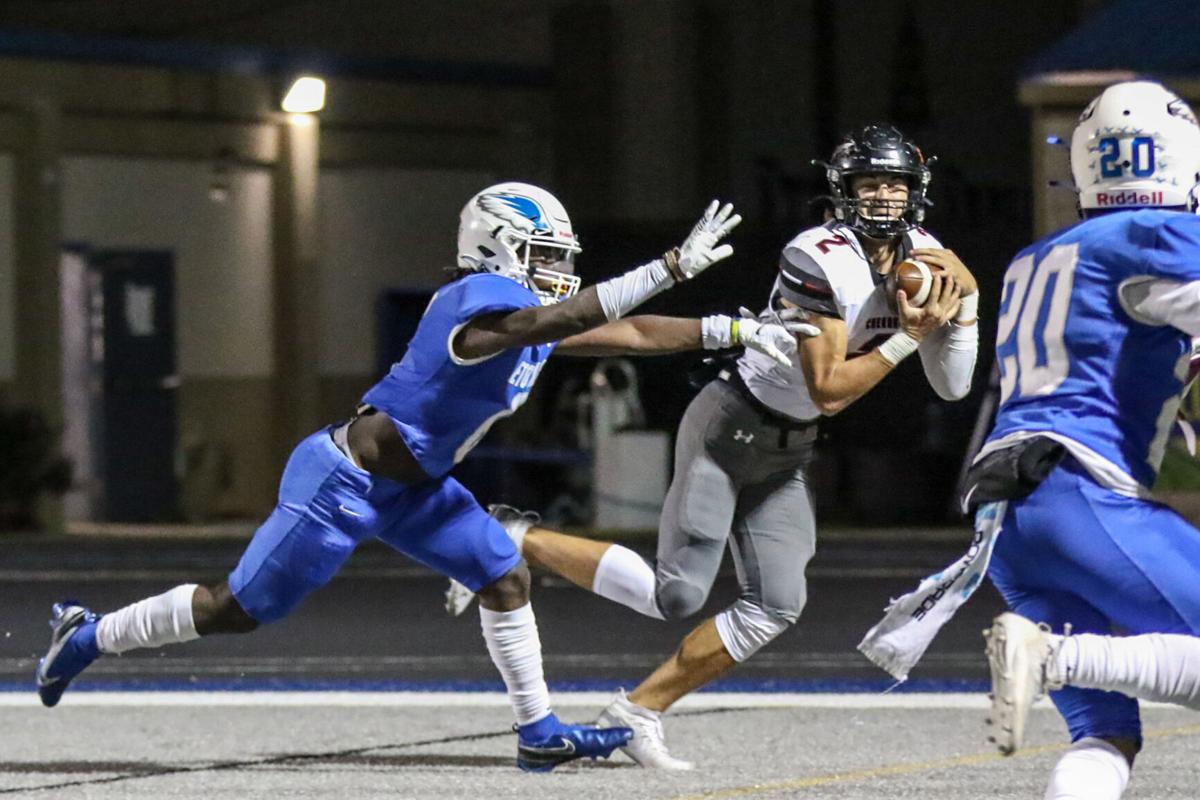 Brady Bocherer for the Warrior's first TD of the night 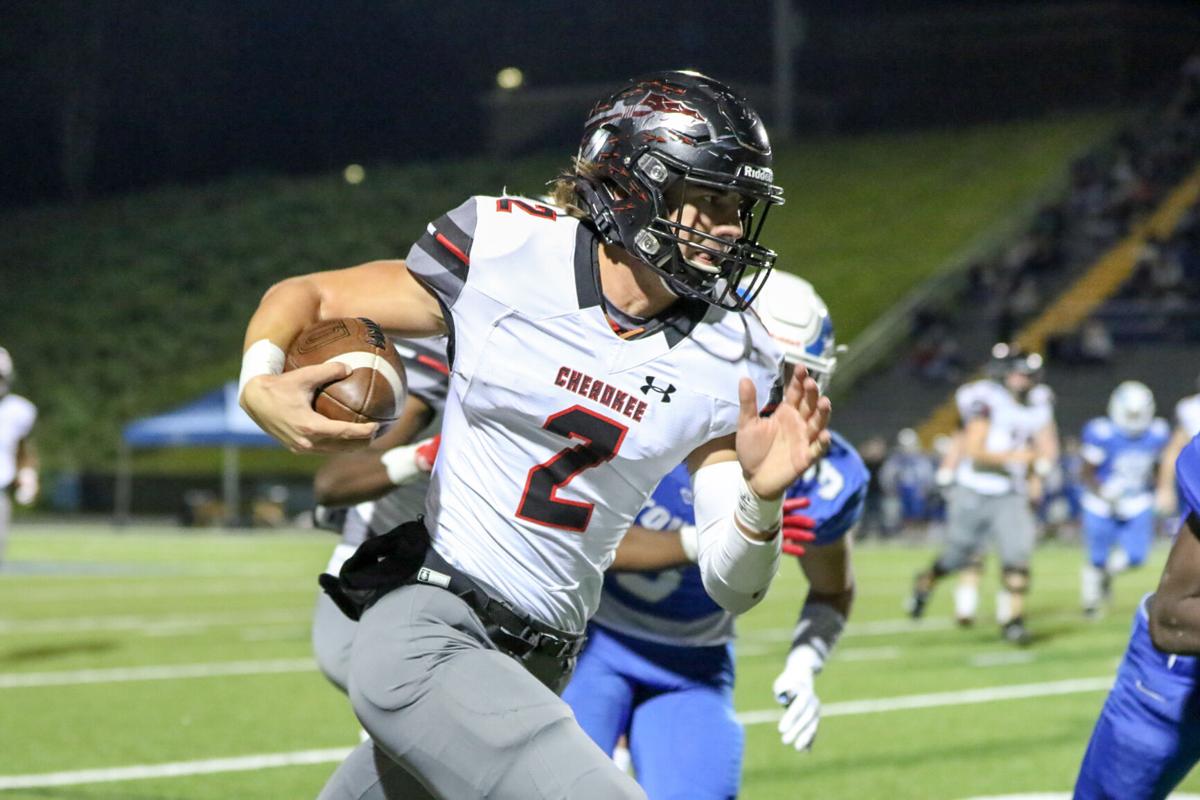 Brady Bocherer charging down the sideline for the Warriors's carry 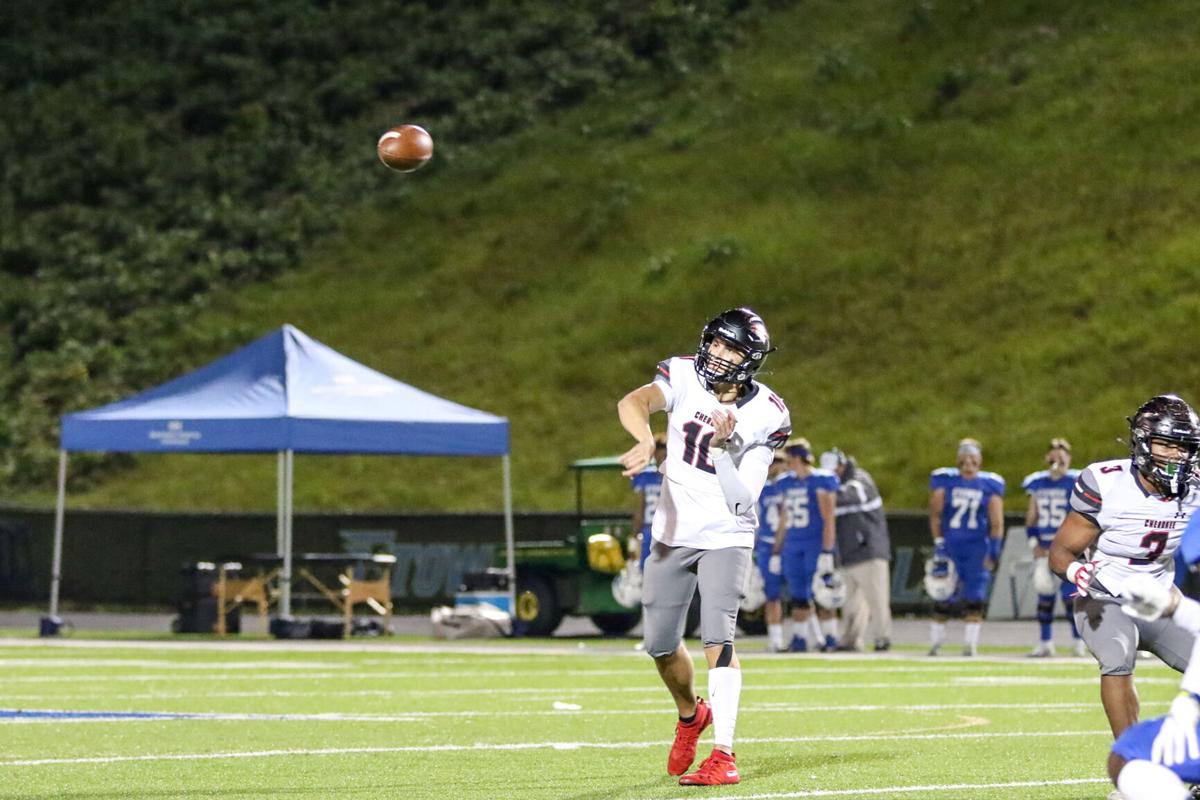 AJ Swann with the pass 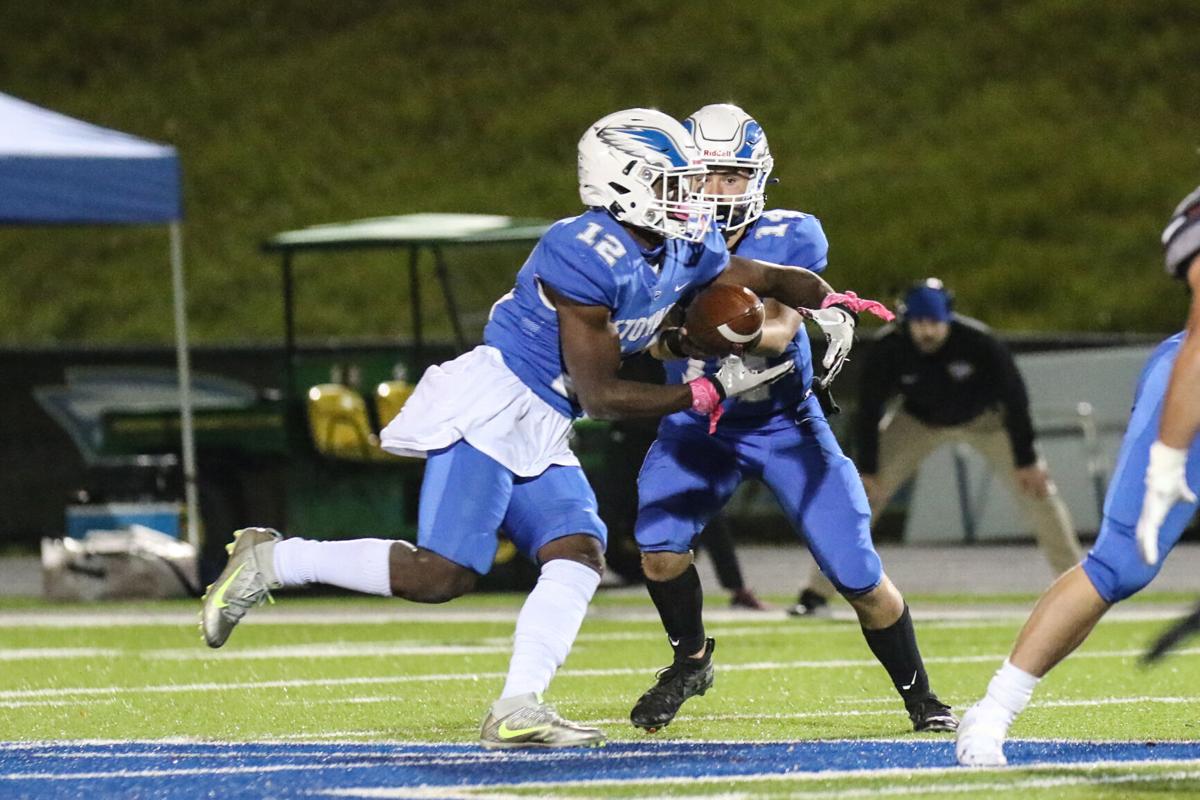 Eagles QB Will Curcio hands off to RB Klivert Many

Klivert Many with the carry up the middle

Will Curcio set to pass

Will Curcio with the pass

Brady Bocherer for the Warrior's first TD of the night

Brady Bocherer charging down the sideline for the Warriors's carry

AJ Swann with the pass

Eagles QB Will Curcio hands off to RB Klivert Many

WOODSTOCK — One week after dropping its first game of the season, Cherokee wasted little time reasserting itself in the Region 5AAAAAAA race.

Cherokee won Etowah 35-6 on Friday night at Etowah and was dominant from the opening possession of the game.

The win kept the Warriors (7-1, 2-1) in the hunt for a potential region championship and guaranteed them a third straight appearance in the state playoffs.

“It was just an all-around good team win for us,” Cherokee coach Josh Shaw said. “We came in and did what we were supposed to do.”

The Warriors marched 67 yards on six plays on their first possession, finishing the drive when A.J. Swann connected with Brady Bocherer for a 13-yard score on a quarterback rollout to the right side.

It was the first of two scores for Borcherer who finished with career-highs in receptions (8) and receiving yards (119). The production was welcomed as Cherokee was without leading receiver Adarrius Harshaw, who sat out with injury.

Cherokee moved the ball well all game long although Etowah (0-7, 0-3) held its own through the majority of the first half.

The Eagles were unable to capitalize with points, however, leaving an opening for Cherokee to take further control.

Borcherer nearly scored on the Warriors’ second possession, taking a screen pass 30 yards to the goal line, but Keith Adams Jr. finished the drive with a 1-yard plunge, which gave Cherokee a 14-0 lead late in the first quarter.

The score remained the same through the second quarter as Etowah was again unable to find any scoring chances. Cherokee took advantage when Swann connected with Bocherer for a 22-yard score with less than a minute to play before half.

The touchdown seemed a decisive blow, and Swann finished the game 12-for-18 for 191 yards.

“Adarrius was out tonight, and we know how much a difference-maker he is, but Brady had a monster game,” Shaw said. “I’m happy we came in and did what we needed to do, and now we can move on to Alpharetta.”

Cherokee used its rushing attack in the second half, with Adams adding two more touchdowns. Adams finished with 121 yards on 21 carries.

The openings for Etowah became smaller after halftime as well, as the Warriors’ defense pressured the passer and stifled Etowah’s rushing attack.

Austin Trimble recorded an interception, adding to the Warriors’ county-high total, and defensive lineman Kyan Simmons shined in the second half with a sack and forced fumble.

“He’s going to be really special,” Shaw said of Simmons, a sophomore. “He’s not even close to his potential. You'll be talking about him a lot of the next few years.”

Etowah tallied its points late in the fourth quarter when Garrett Carson came down with a pass from Dawson Heck from 22 yards out. The extra point was blocked, but the outcome had long been decided.

Many finished as Etowah’s leading rusher with 72 yards on 26 carries, while Rechsteiner finished with a team-high five receptions for 63 yards.