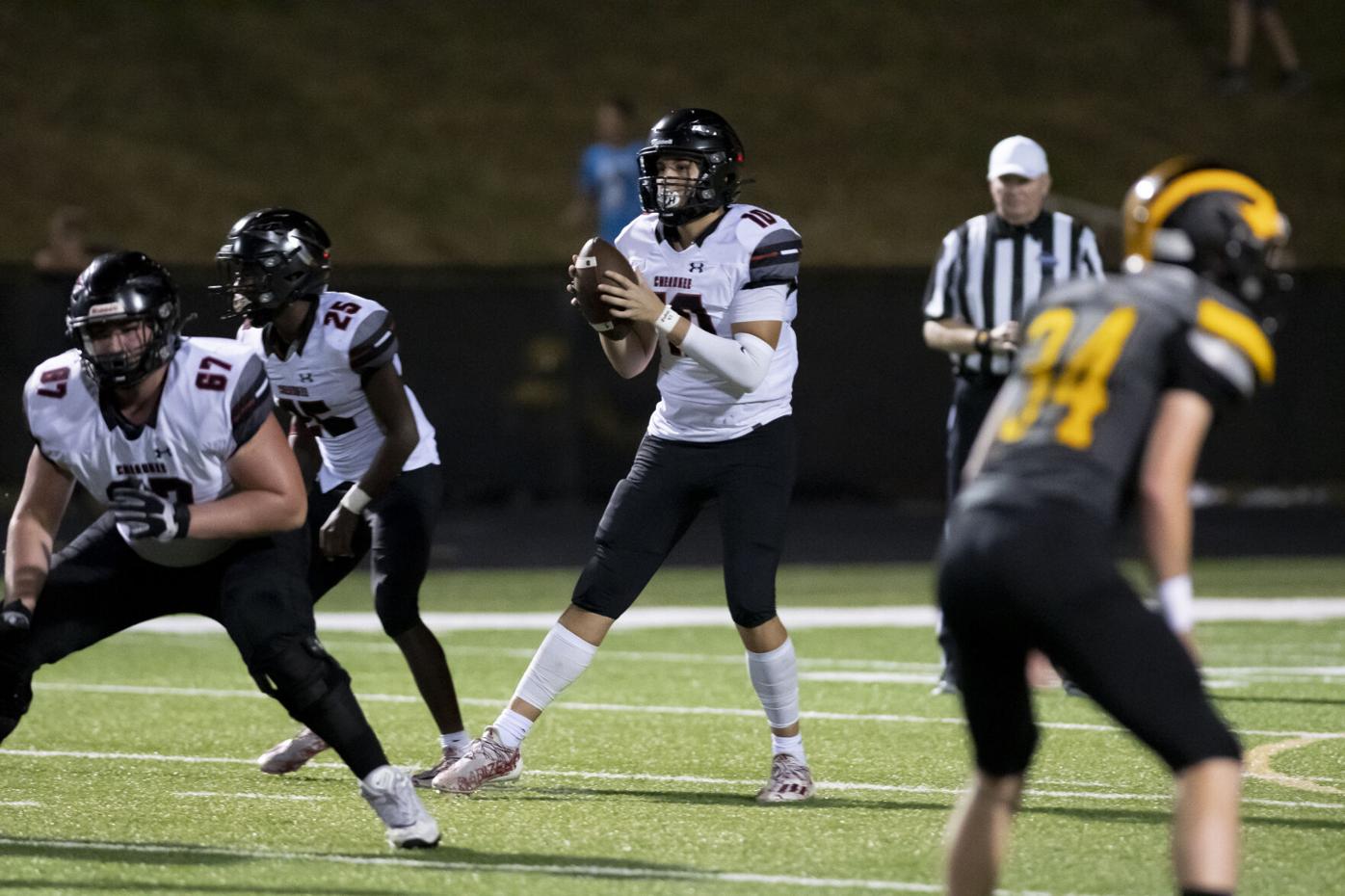 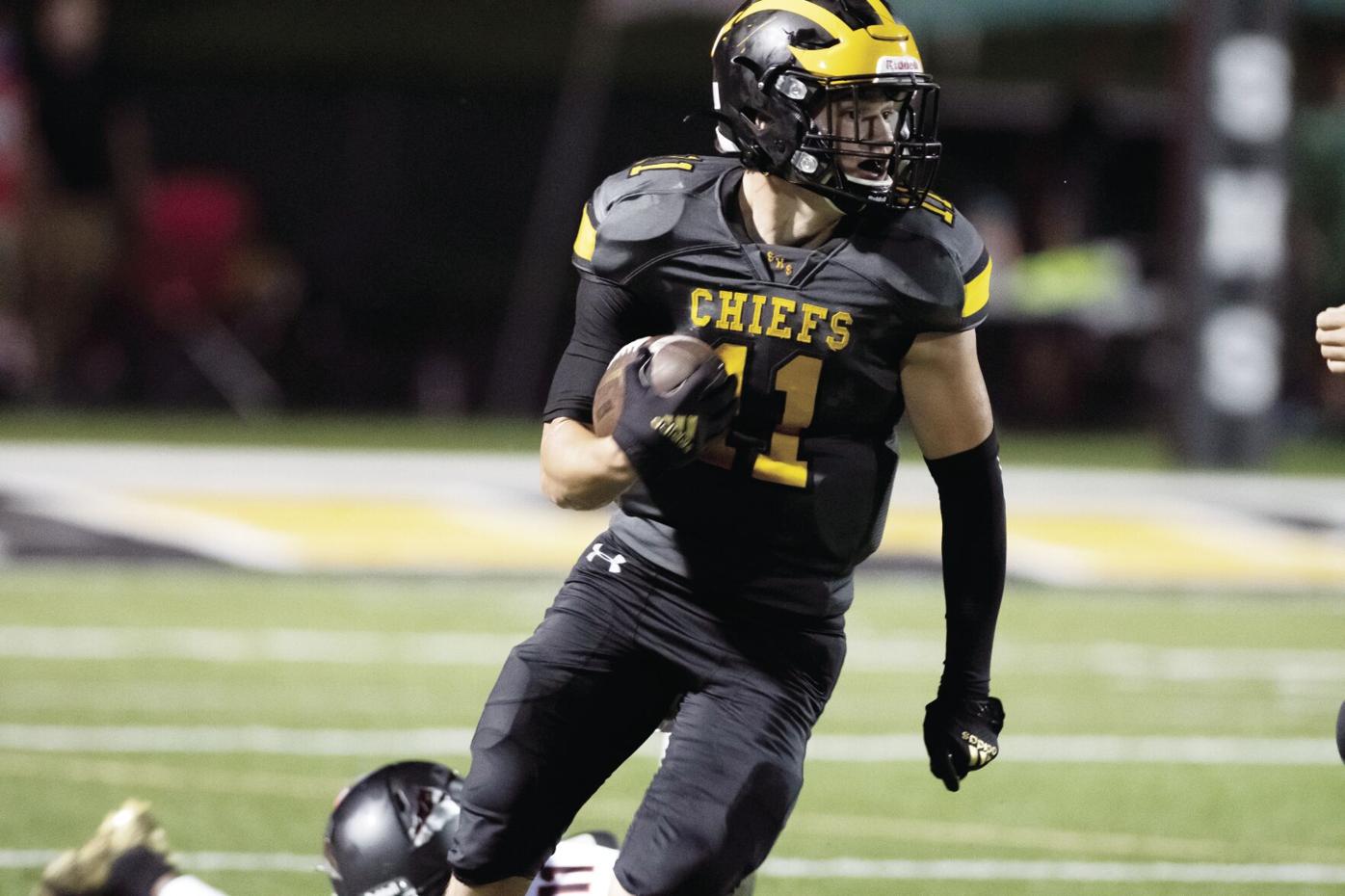 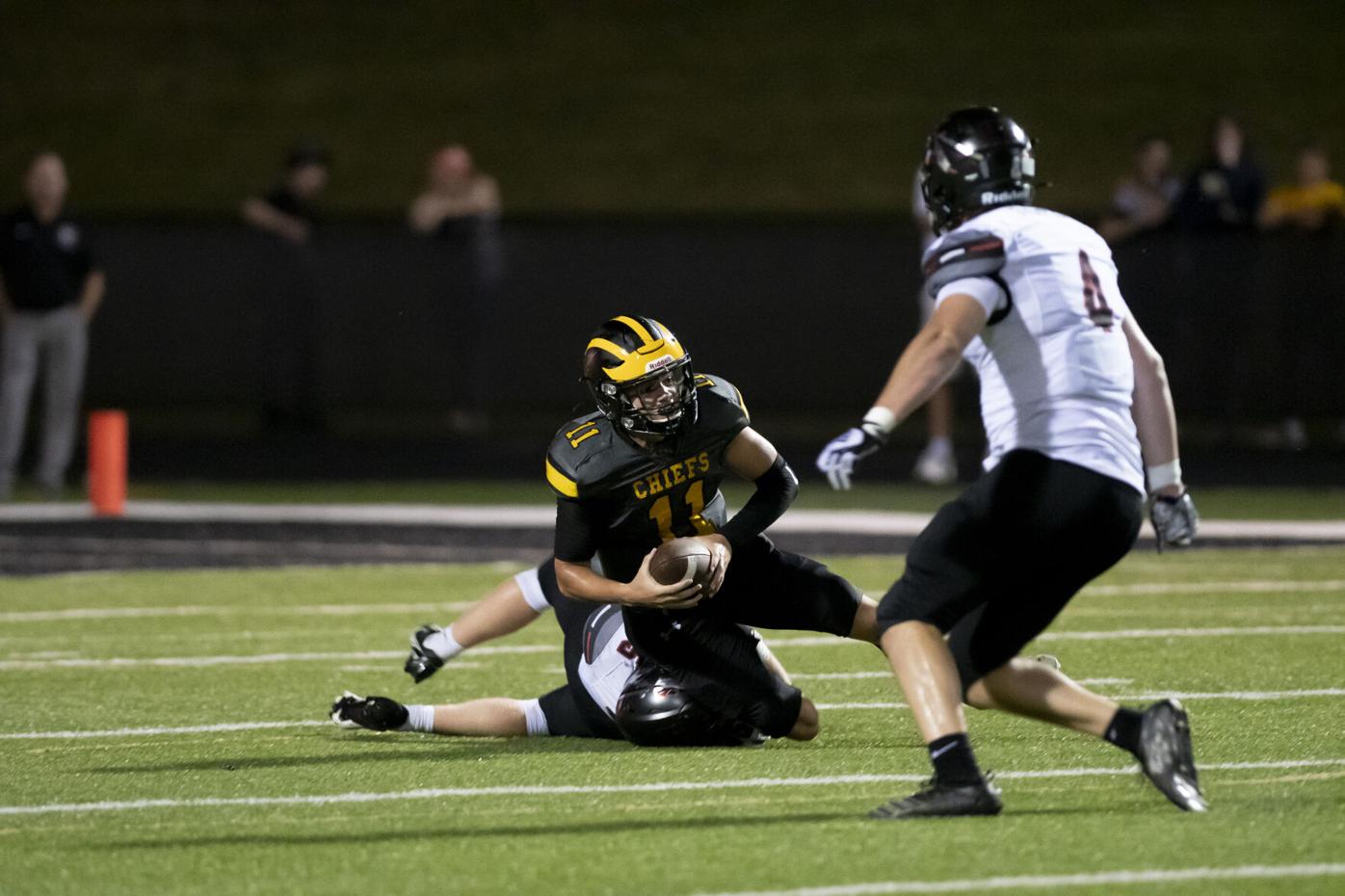 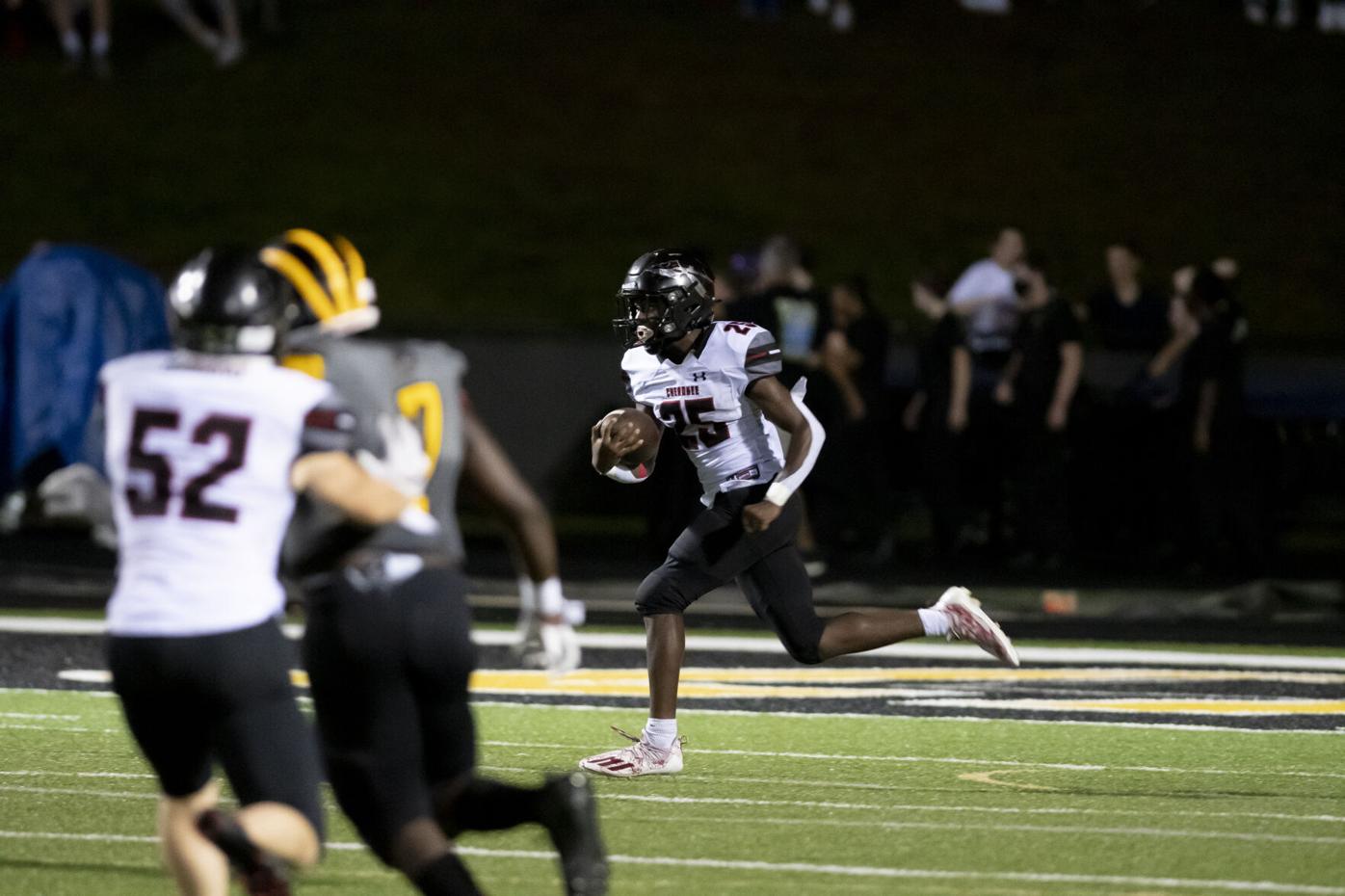 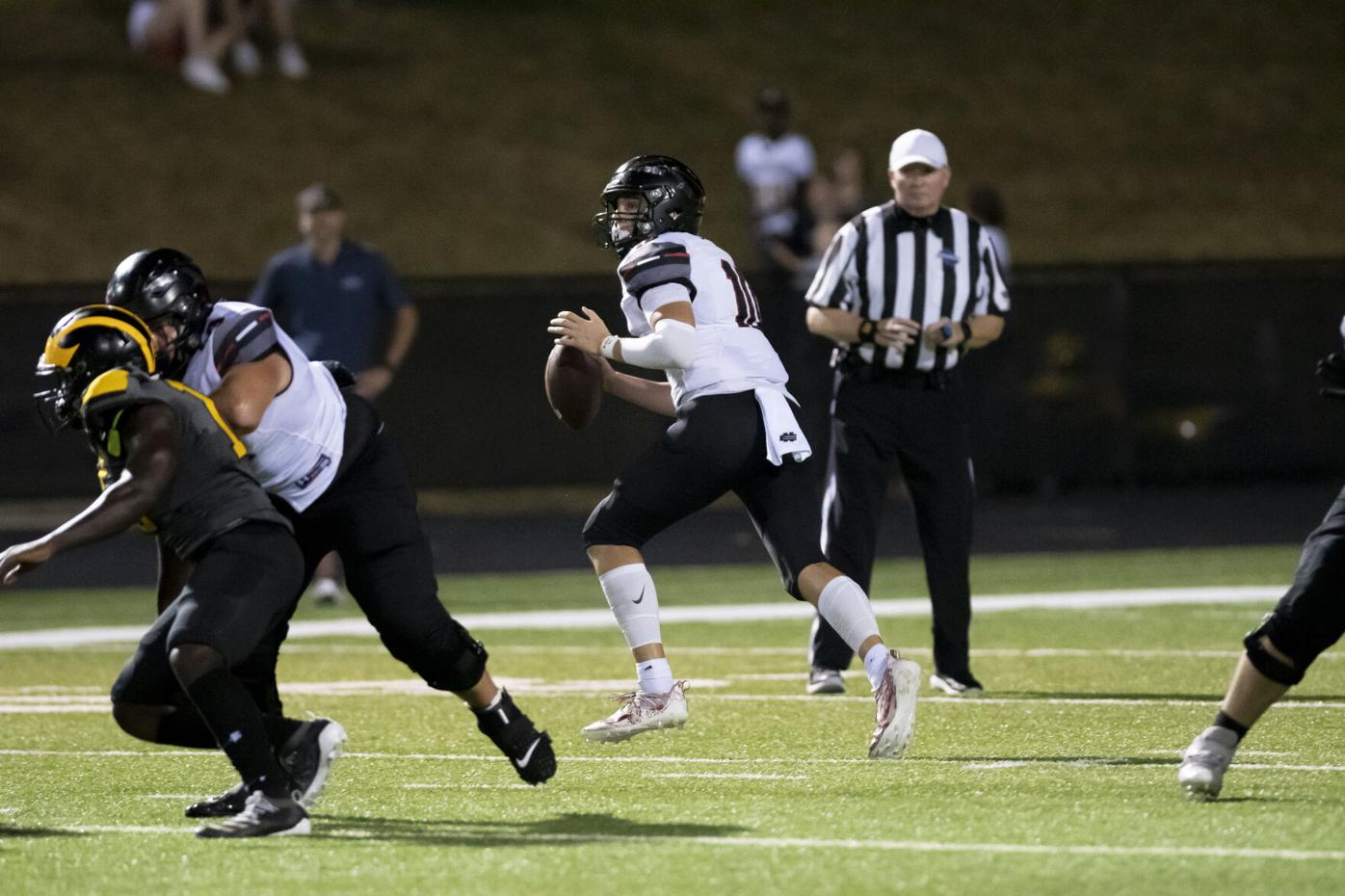 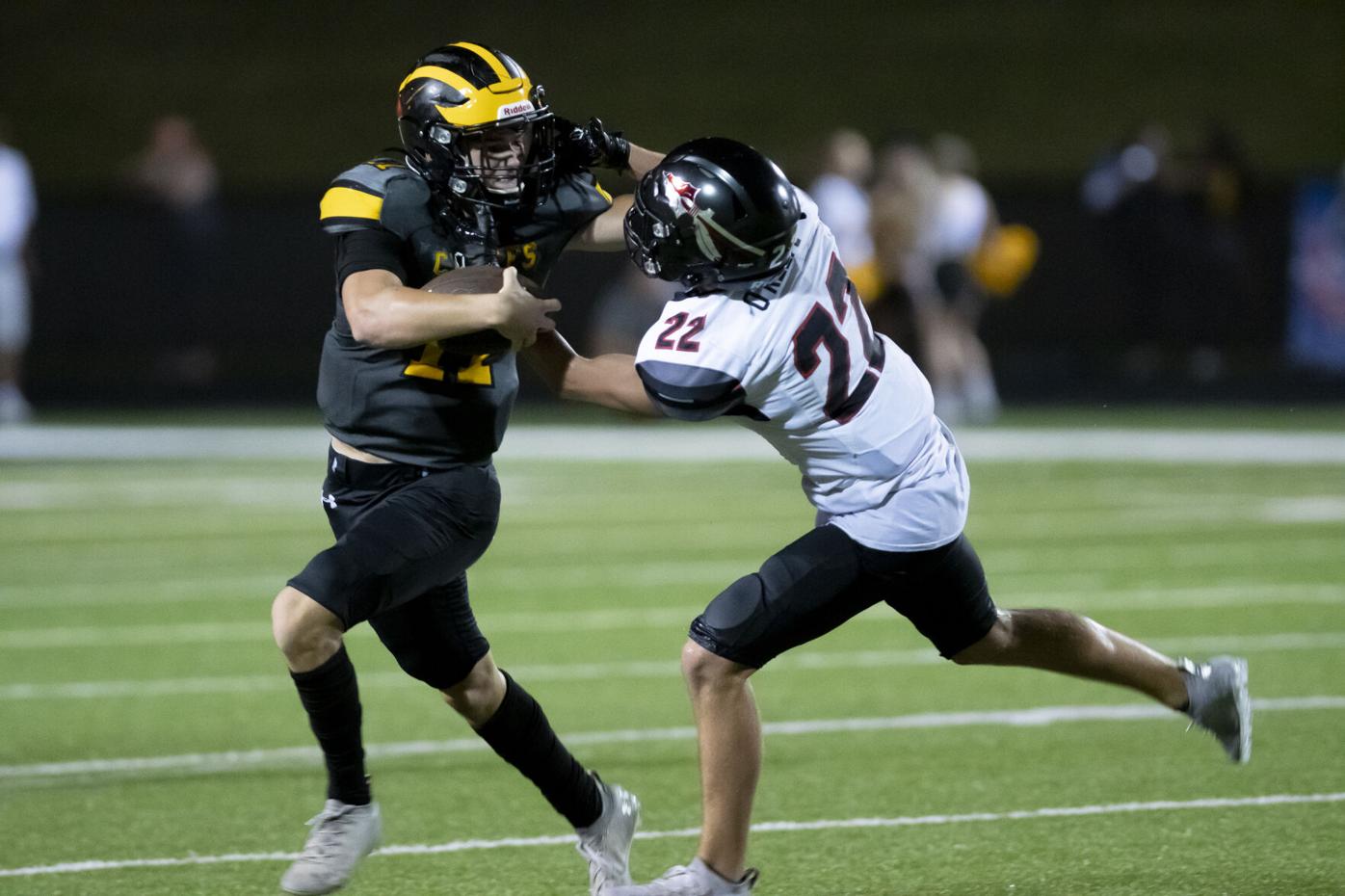 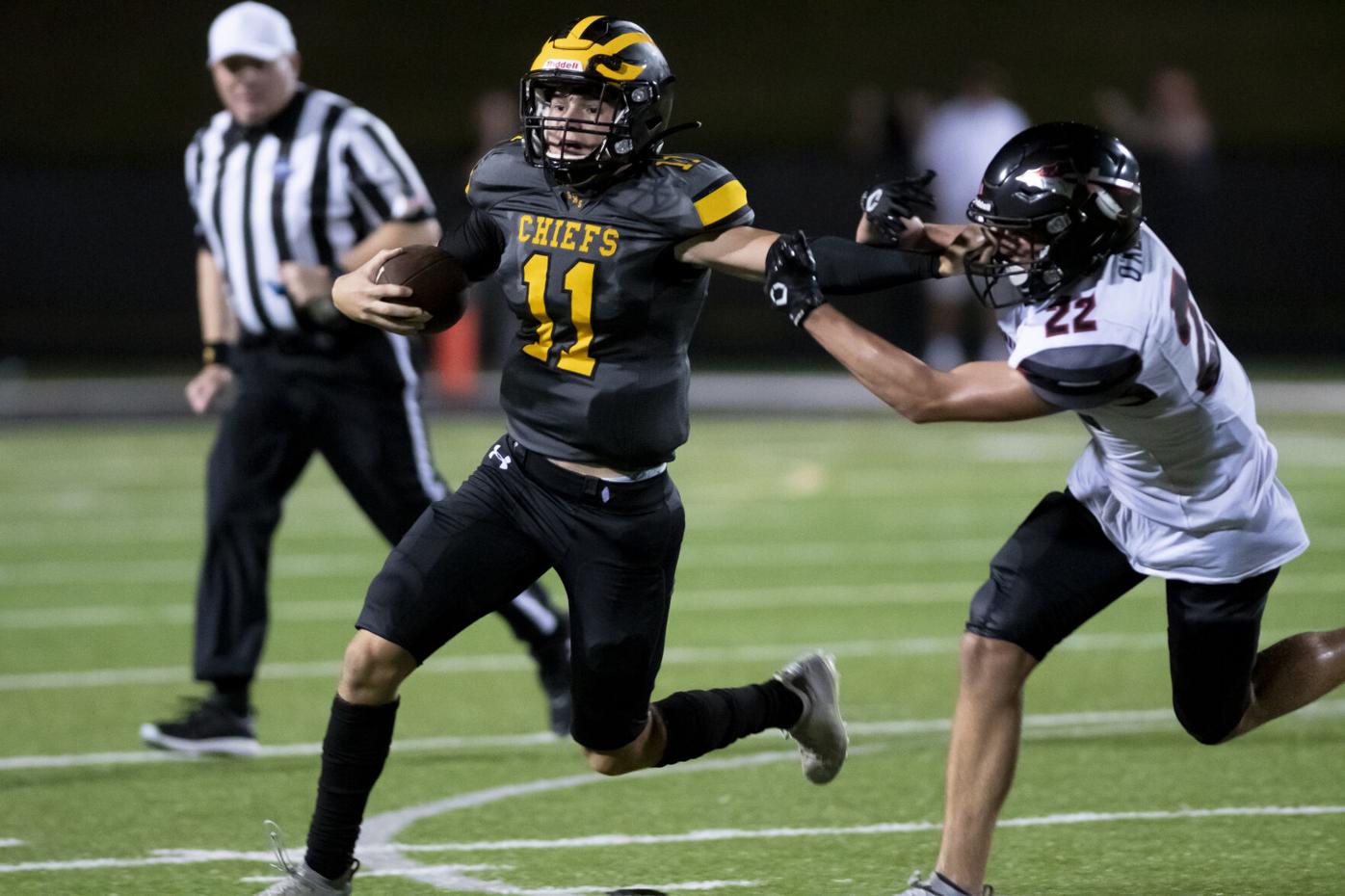 Matthew Traynor and Sequoyah have put last week’s close loss to Cherokee behind them and are concentrating on getting back in the win column against Cass. 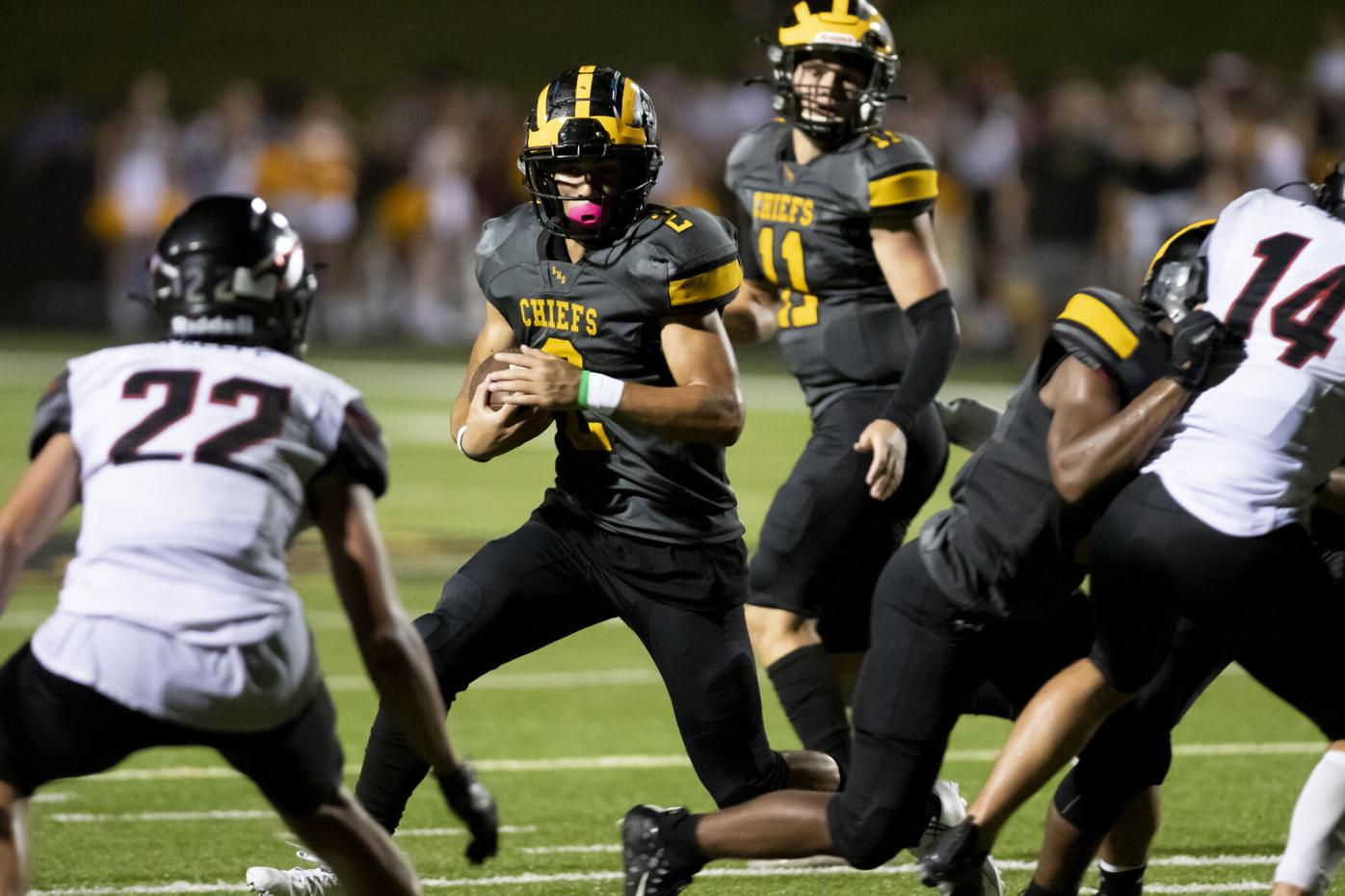 Running back Jackson Hancock helped fuel Sequoyah’s ground-based offense in its win over Cass two weeks ago and is set to be in the forefront again Friday against Johns Creek. 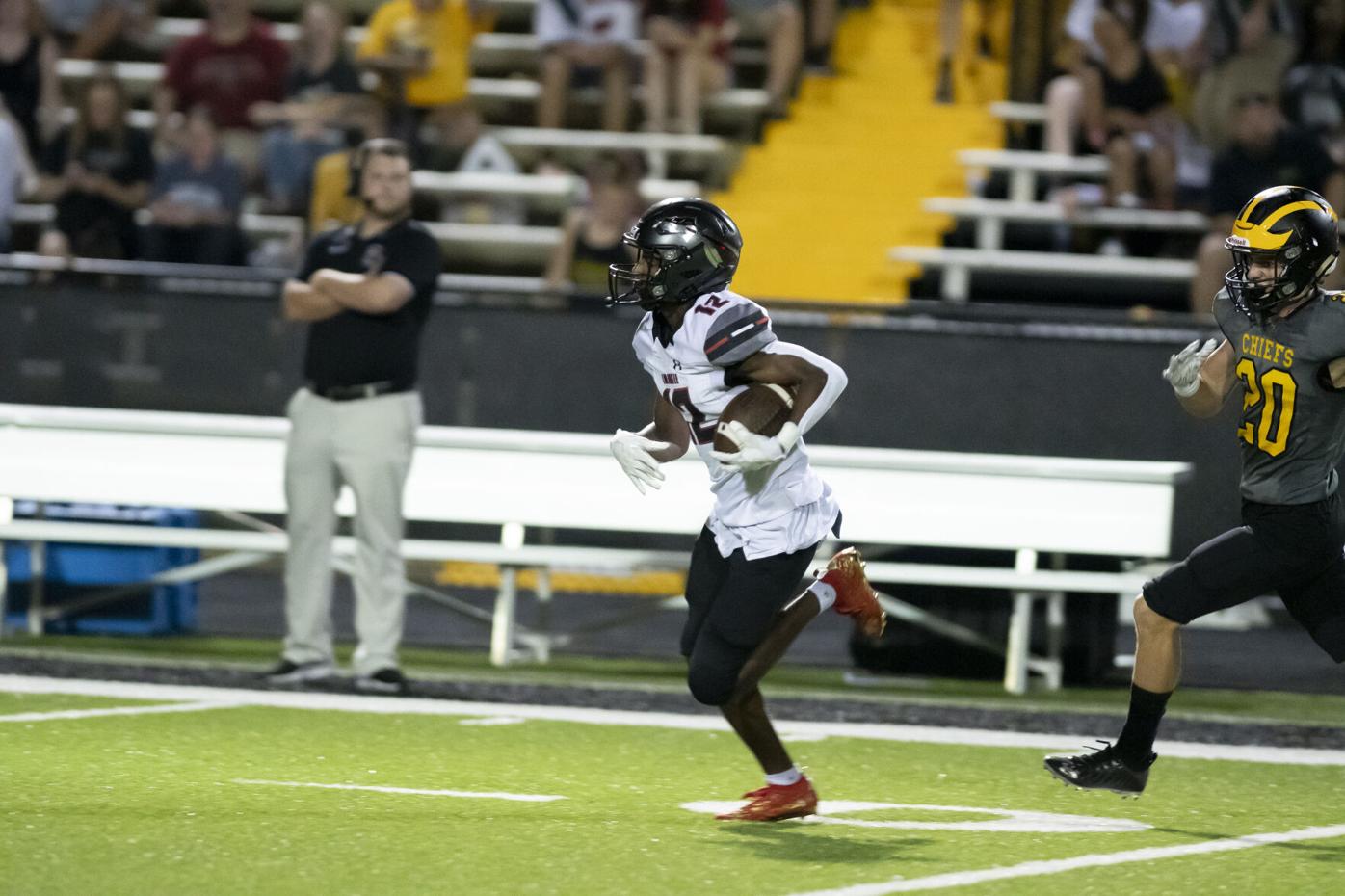 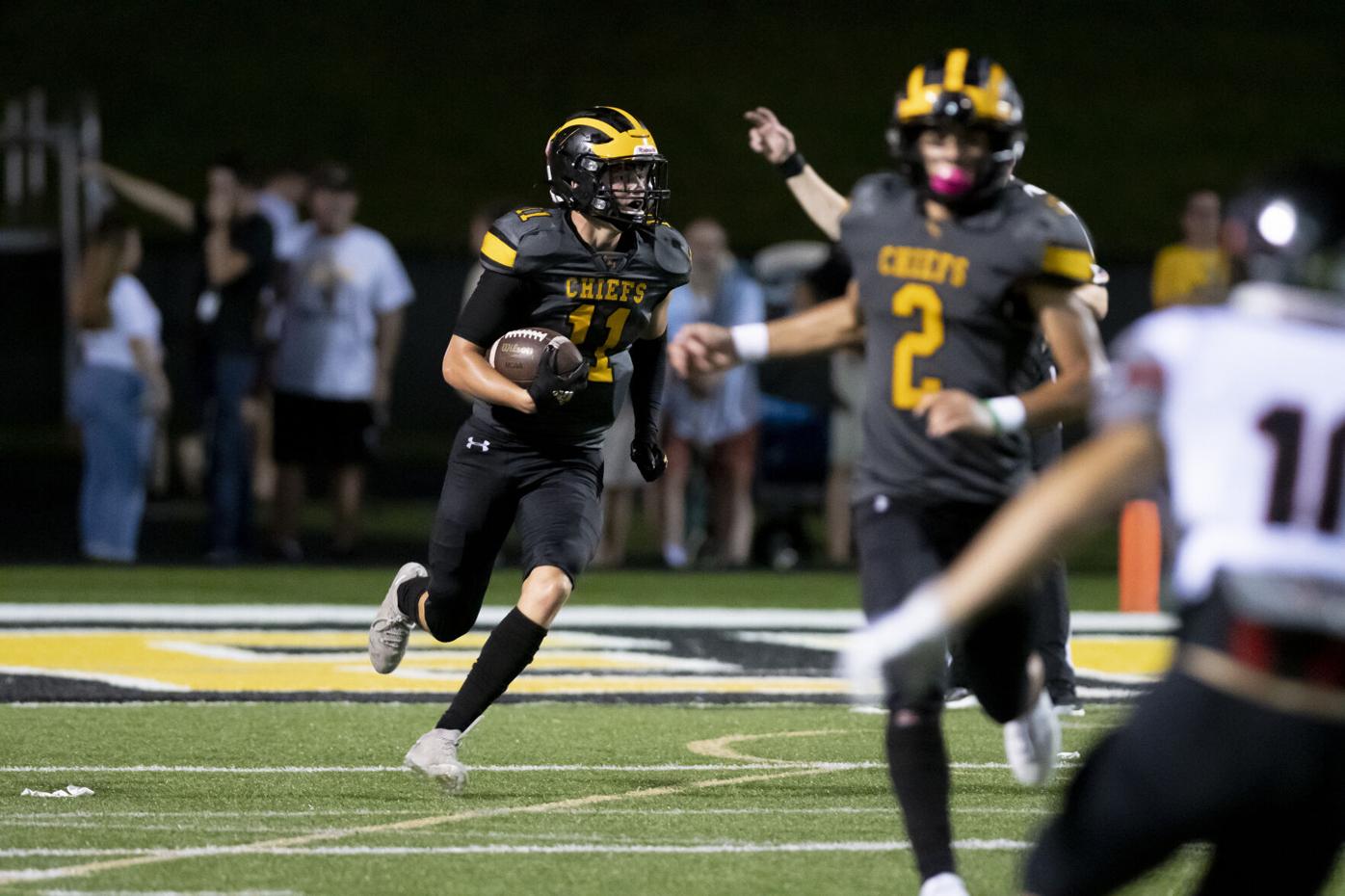 Matthew Traynor and Sequoyah have put last week’s close loss to Cherokee behind them and are concentrating on getting back in the win column against Cass.

Running back Jackson Hancock helped fuel Sequoyah’s ground-based offense in its win over Cass two weeks ago and is set to be in the forefront again Friday against Johns Creek.

CANTON -- Before a capacity crowd at Skip Pope Stadium, one of the longest-standing rivalries in Cherokee County went down to the wire.

With less than 4 minutes left, quarterback Matthew Traynor led Sequoyah on a 14-play drive that ended with the senior running in from 10 yards out. However, his 2-point conversion attempt fell a yard short, giving Cherokee a 26-25 win.

“Wow, that was definitely an exciting ballgame,” Cherokee coach Josh Shaw said. “Someone had to win it, so I'm glad it came out in our favor.

“Our kids were able to make a play there at the end.”

Traynor, who had 10 carries for 68 yards and two touchdowns on the night, was ruled down on the conversion before stretching the ball across the line.

“It's just sad for the kids,” Sequoyah coach James Teter said, “but we made mistakes. If we make our kicks, we’re not in that situation.”

The Chiefs (1-1) missed two extra points, but the biggest mistake in the kicking game happened in the third quarter. With Sequoyah punting with its backs to the end zone, a low snap forced the punter to take a knee and he was ruled down.

That gave Cherokee (2-0) the ball on the 5-yard line, and two plays later, AJ Swann hit Adarrius Harshaw for an 8-yard touchdown and a 26-13 lead with 90 seconds left in the quarter.

“It was a great team win,” said Harshaw, who finished with four catches for 104 yards and three touchdowns. “My teammates needed me, so I had to step up.”

The Chiefs’ offensive line stepped up, generating 12 first downs on the ground in the second half and keeping the ball away from Cherokee.

“We felt we could do that all week,” Shaw said. “That’s why we stayed the course after we got down by two scores.”

In the fourth quarter, Cherokee only had one possession, a quick three-and-out after Traynor scored from 1 yard out to get the Chiefs to 26-19.

“We had some major alignment issues, but that's what the Wing-T (offense) does,” Shaw said. “It forces you into a ton of unbalanced stuff, and we really struggled. They did a great job keeping the ball out of our offense’s hands.”

When Cherokee did have the ball, it was able to move it on the ground, with Zi Johnson rushing for 129 yards and Harshaw scoring from 24 yards out on a double reverse.

“No one was expecting a trick play, and we called it at a good time,”  Harshaw said, “but it’s all about the team. If you watch, (Swann) took a big hit to free me up to get in the end zone.”

The end zone was inches away from Traynor in the end, but Teter feels his team will grow from the experience.

“We just have to get past these next couple of hours, but I think this can be a positive thing, ” Teter said, “but in our mind, we're sitting here 2-0.”