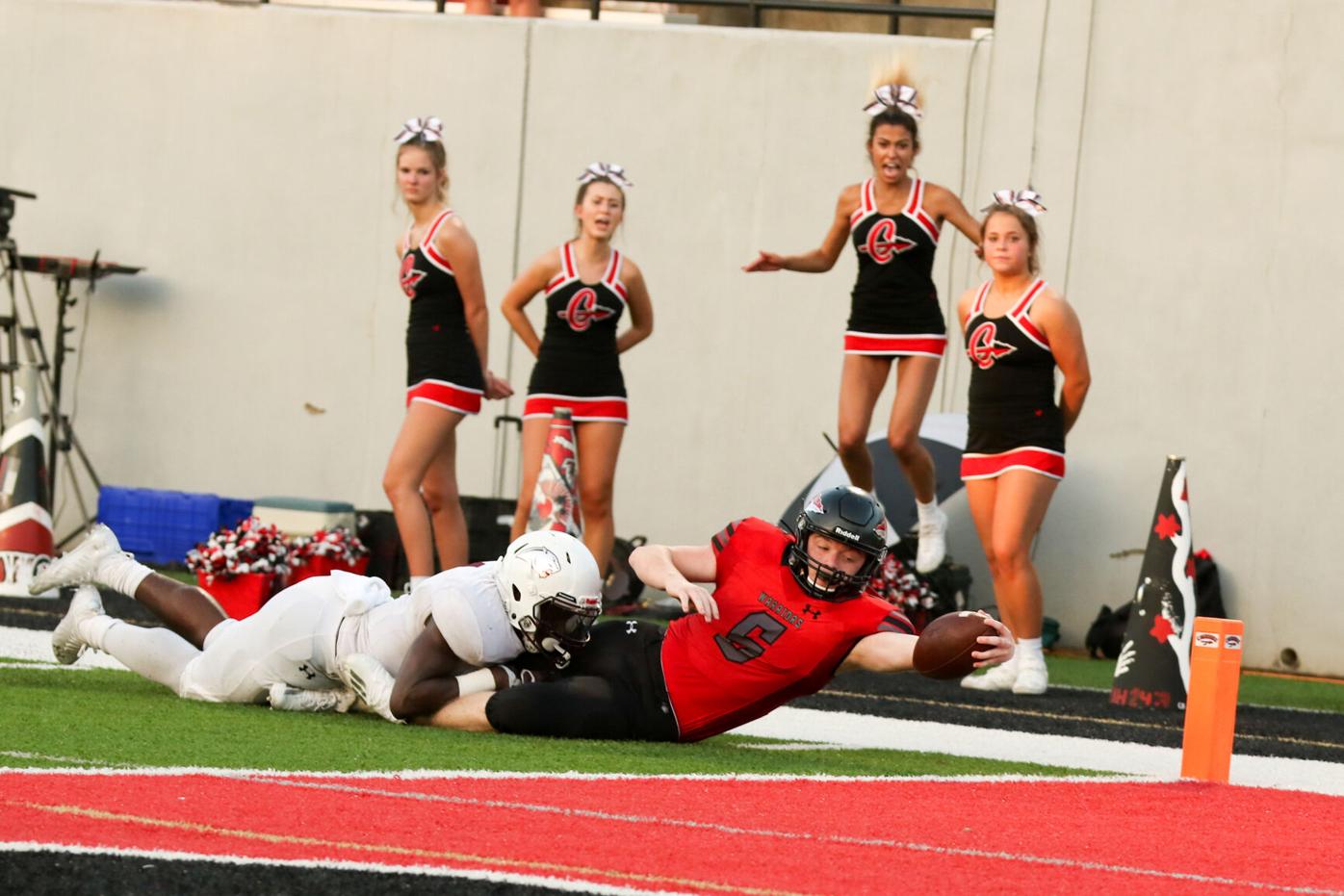 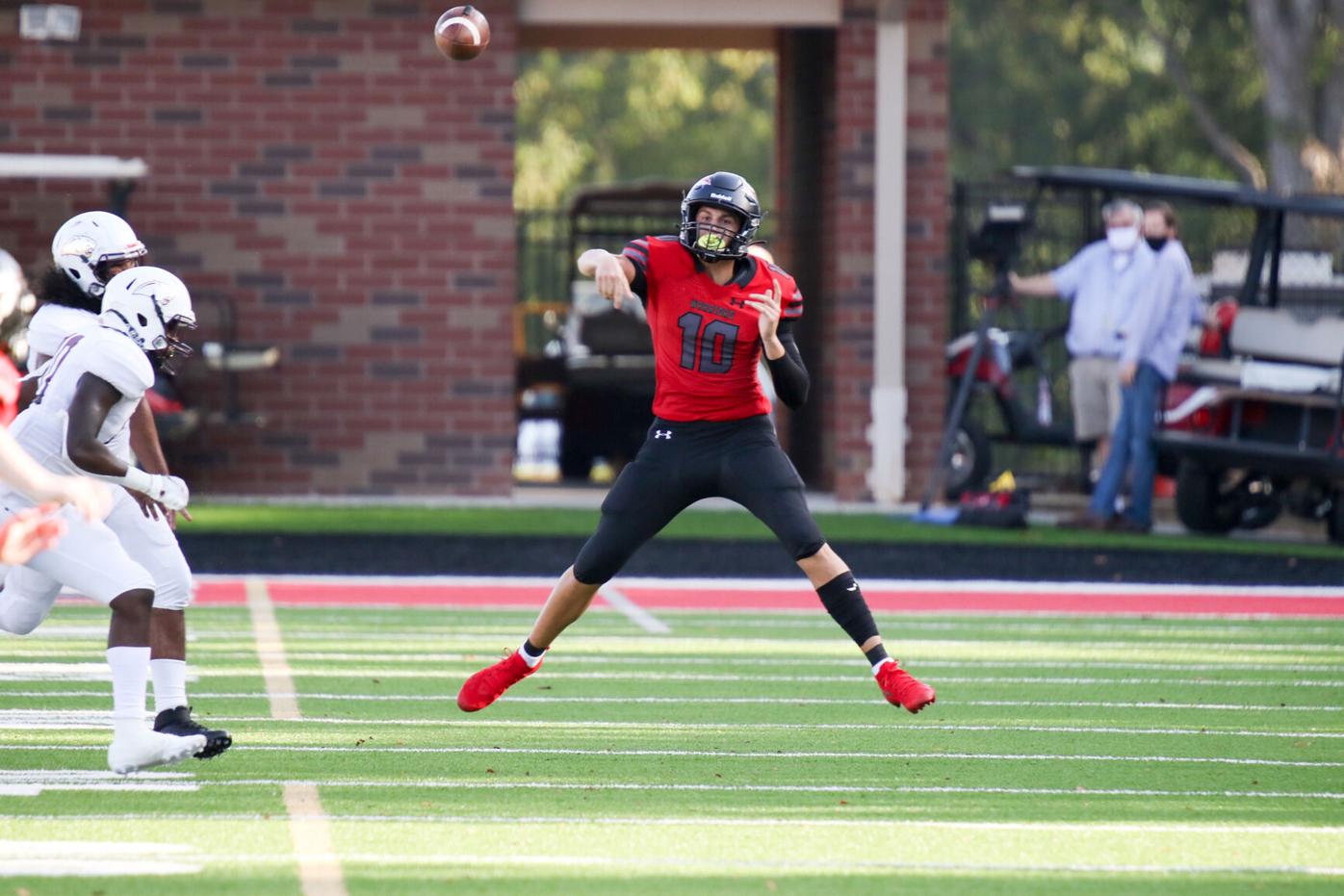 Cherokee’s A.J. Swann will try to lead the Warriors past Sequoyah in the 25th meeting between the schools. 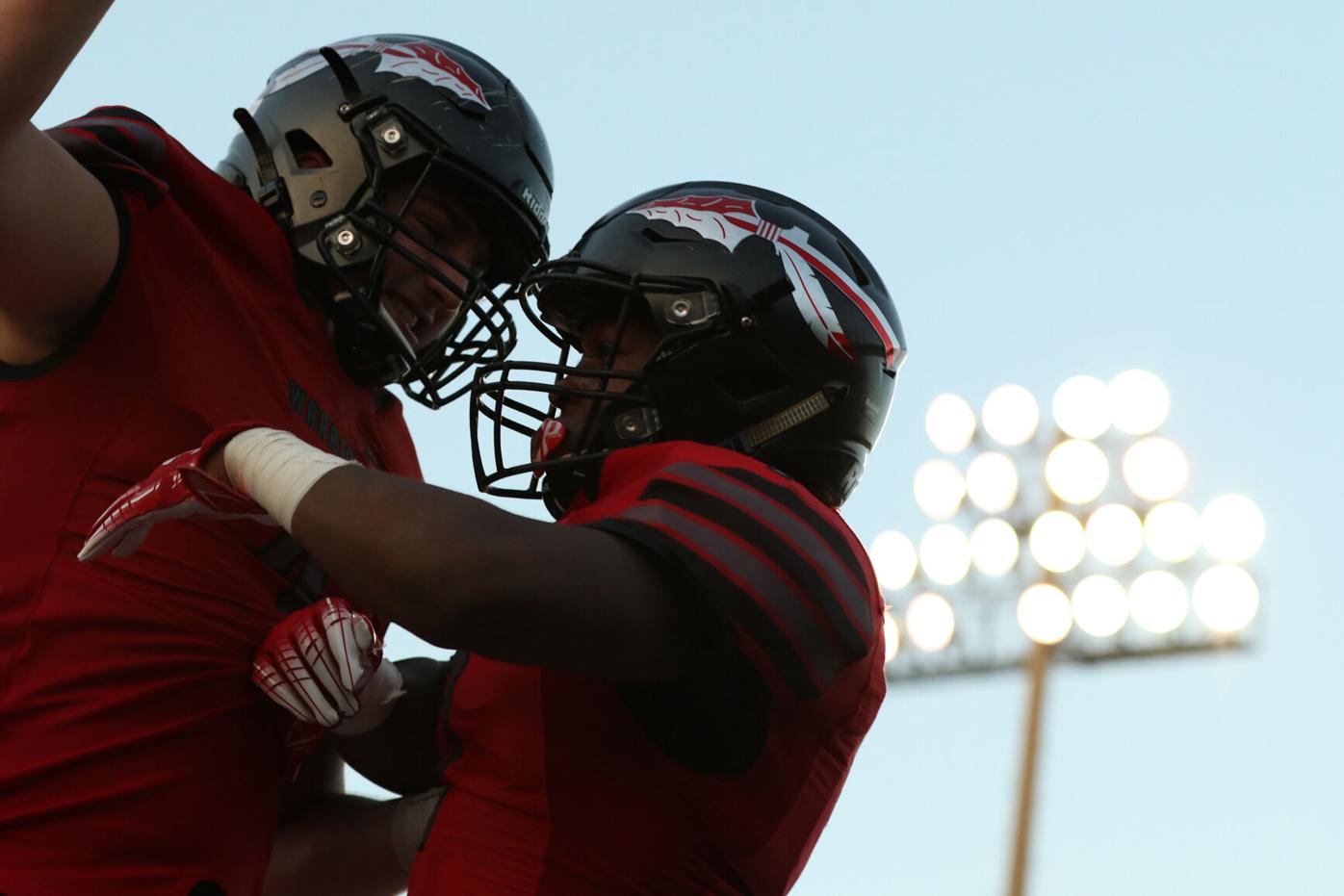 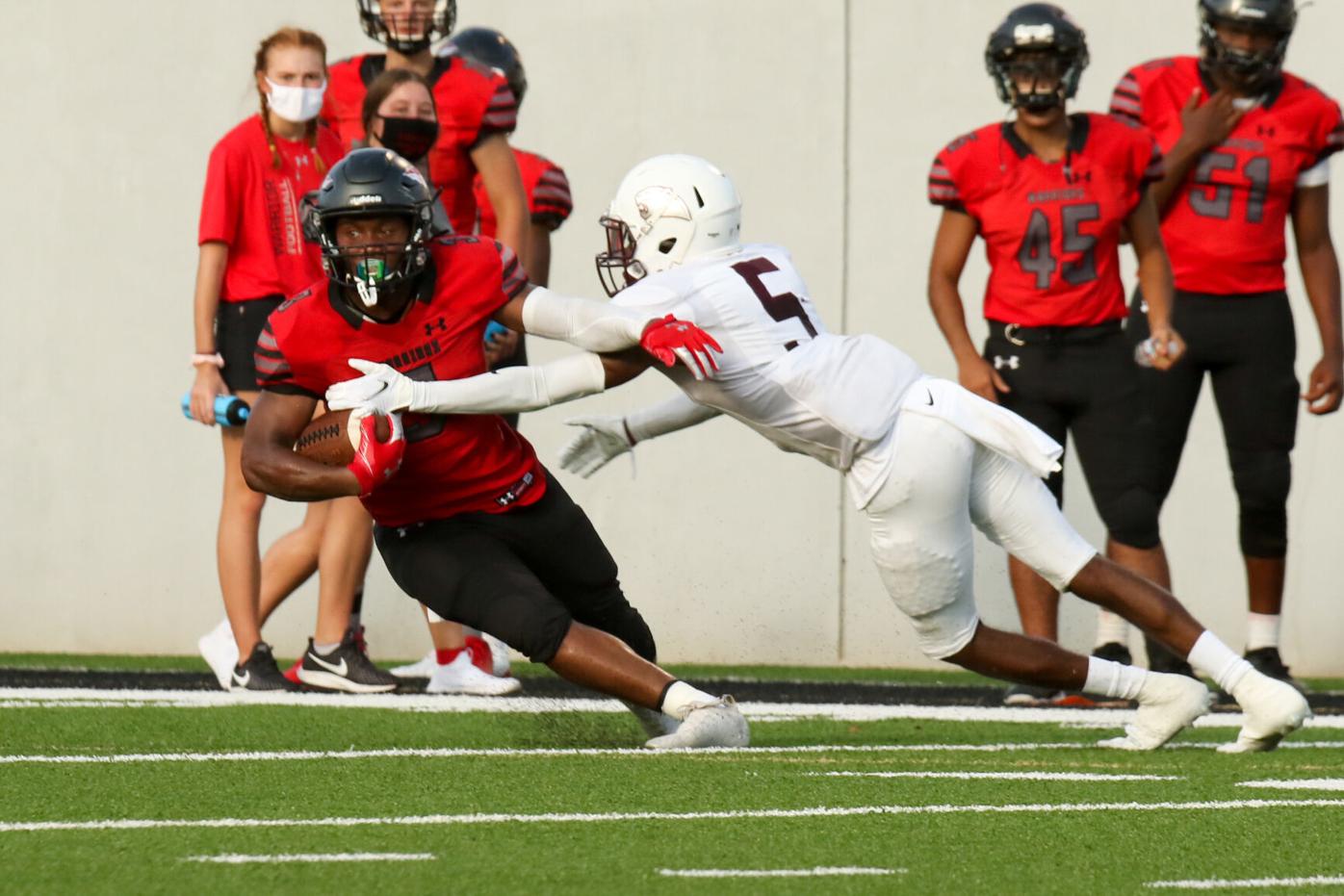 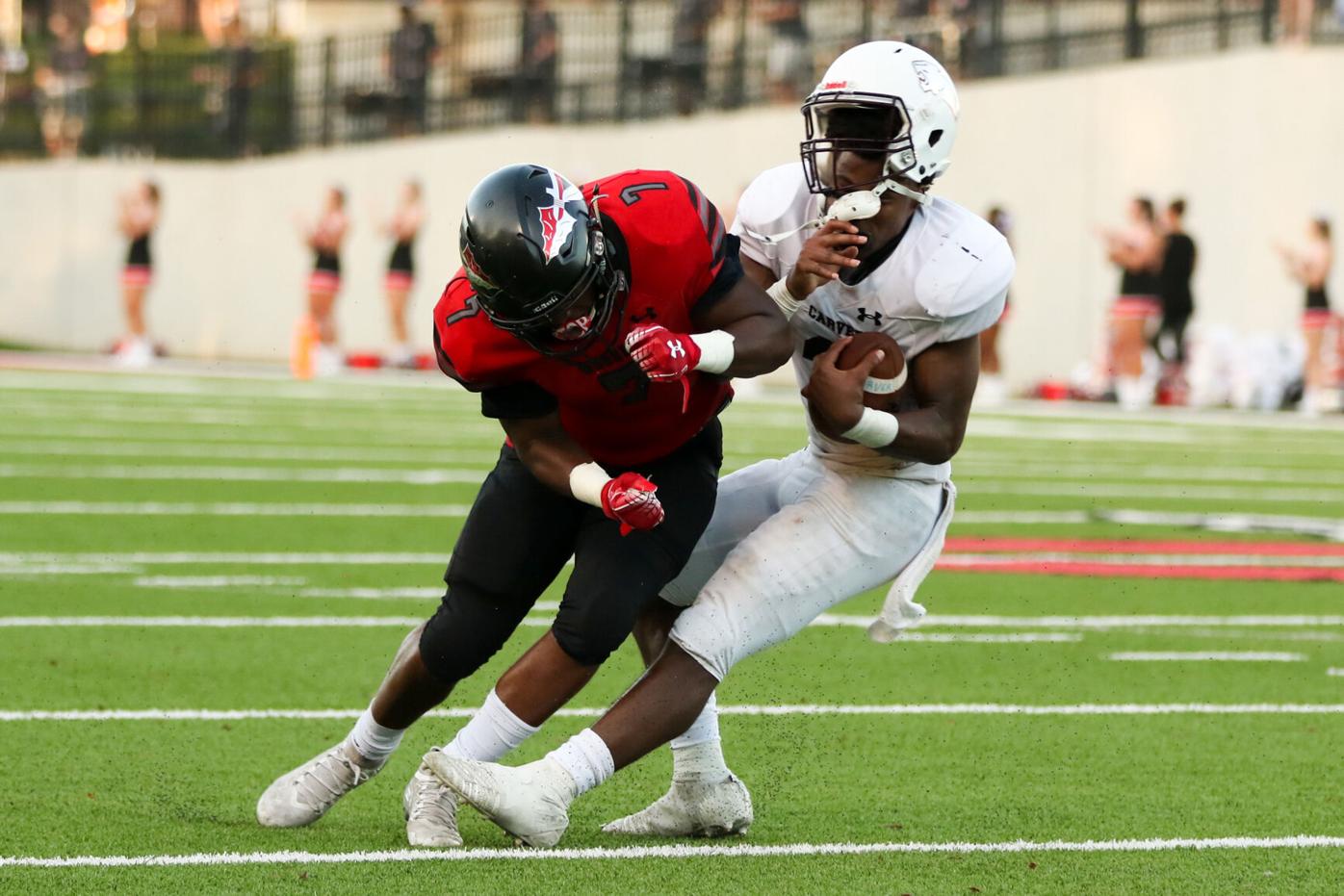 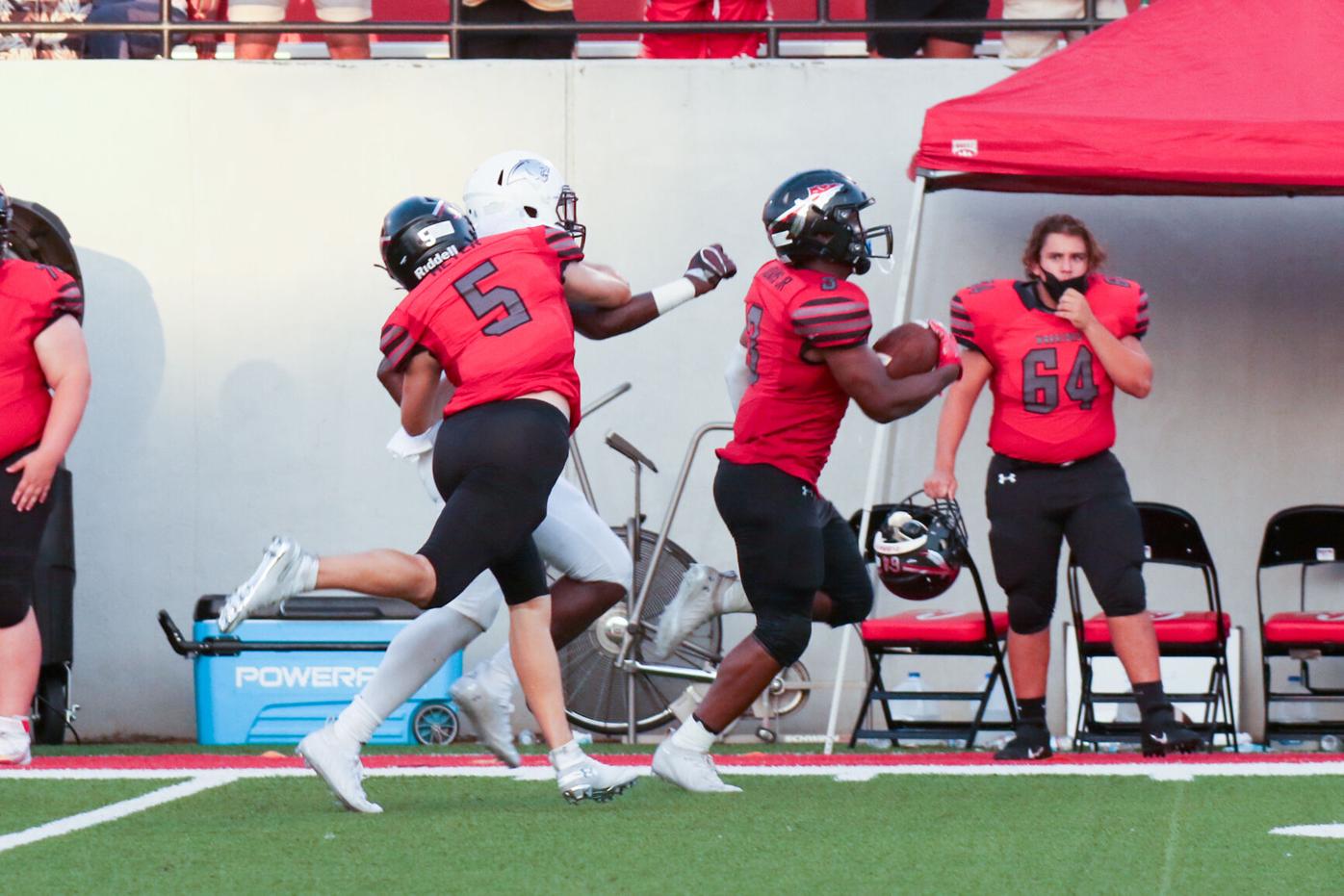 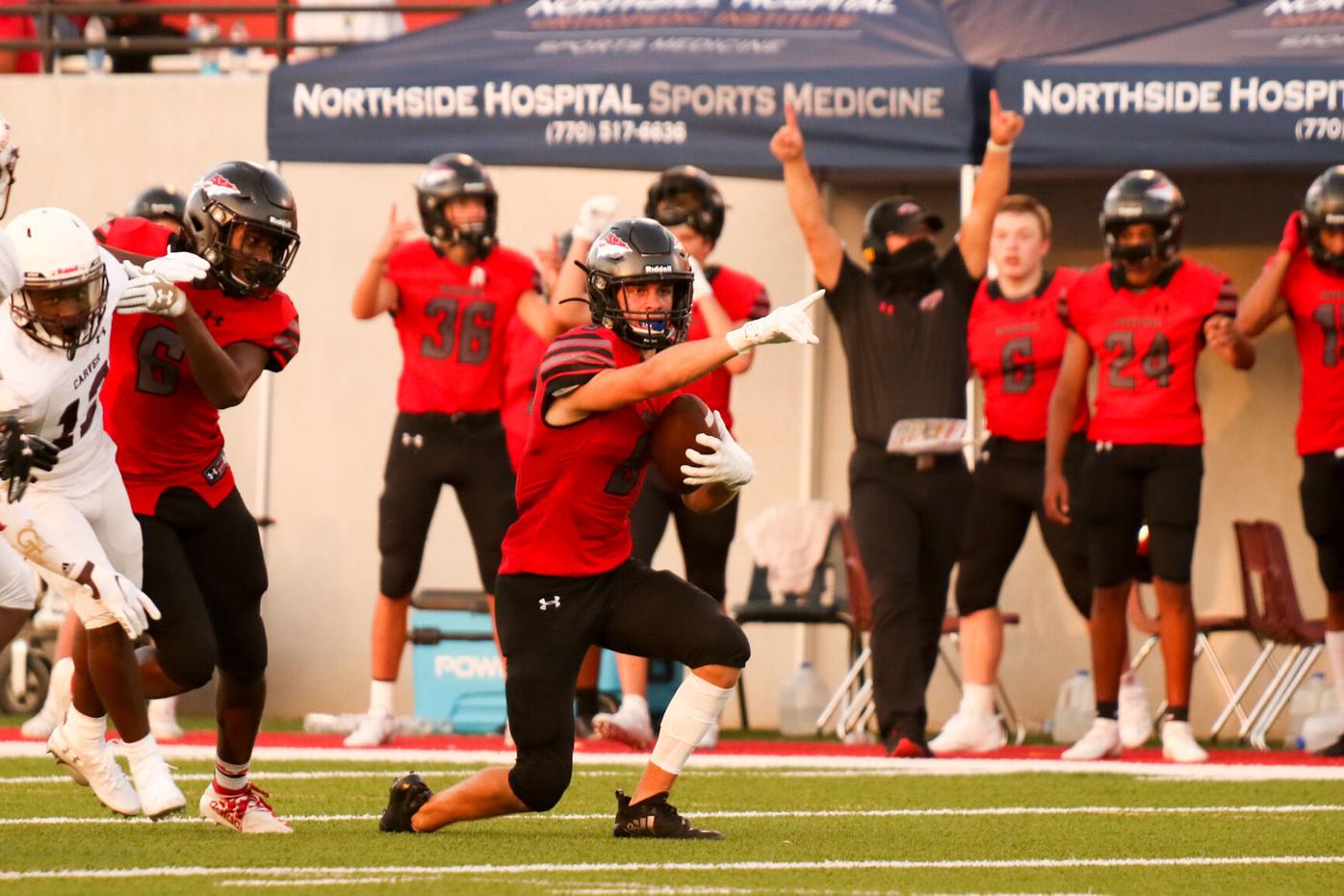 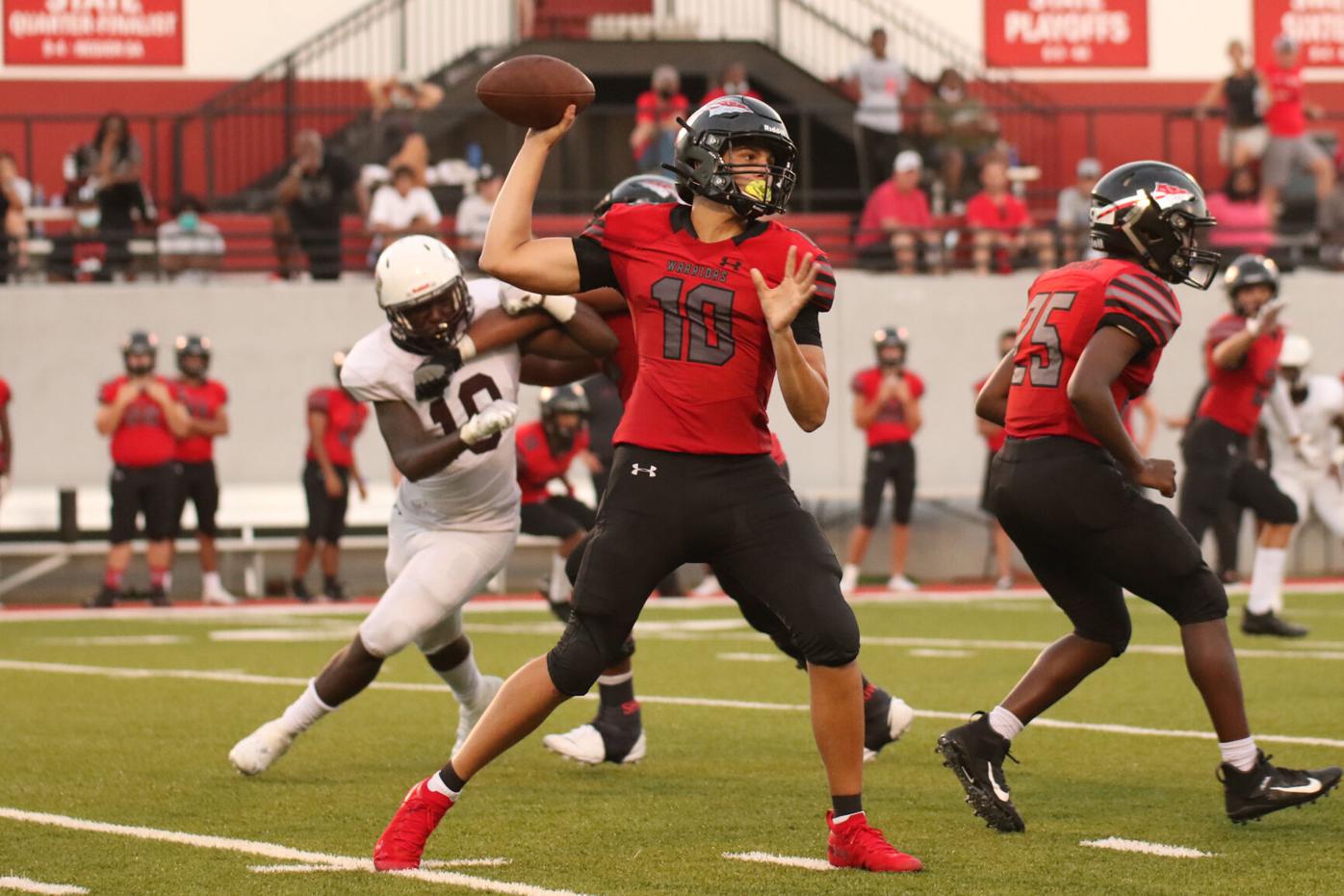 AJ Swann leading the Warriors into the 2020 season 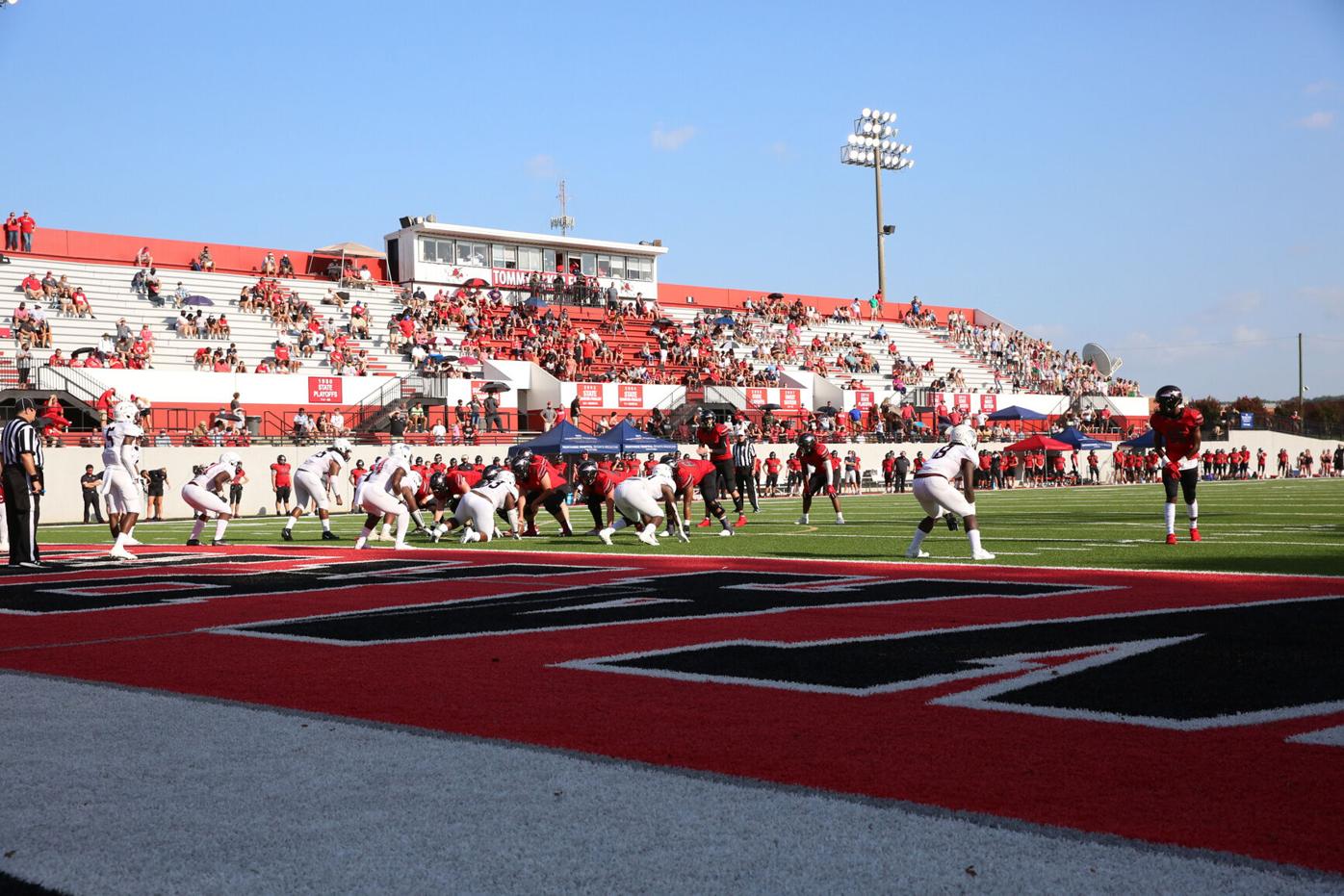 Above: Cherokee snaps the ball in front of a socially distanced crowd during Wednesday’s season opener against Carver-Atlanta at Tommy Baker Field. In the state’s first game of the season, the Warriors won 38-12. Below: Keegan Baker celebrates after intercepting a pass from the Carver quarterback. 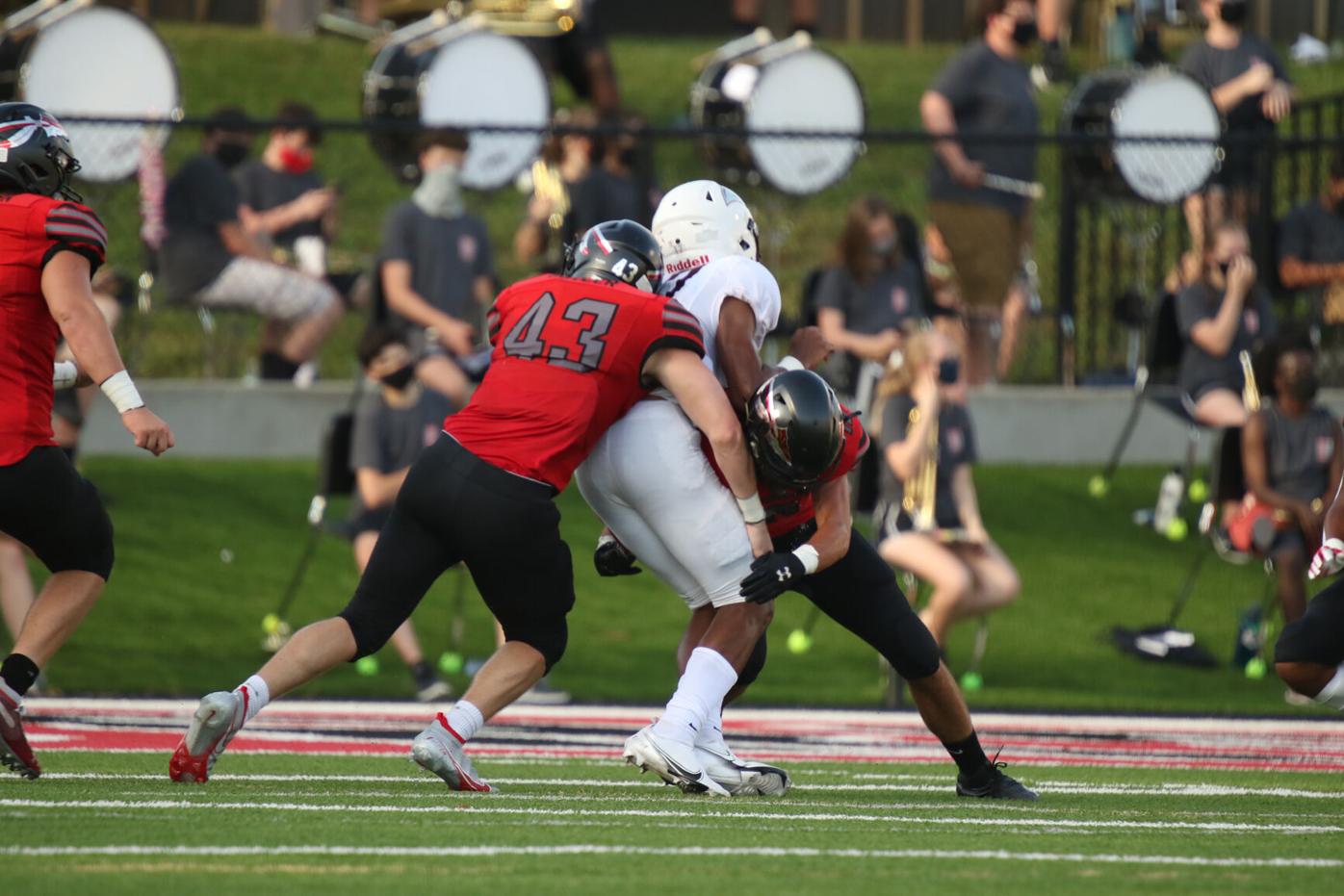 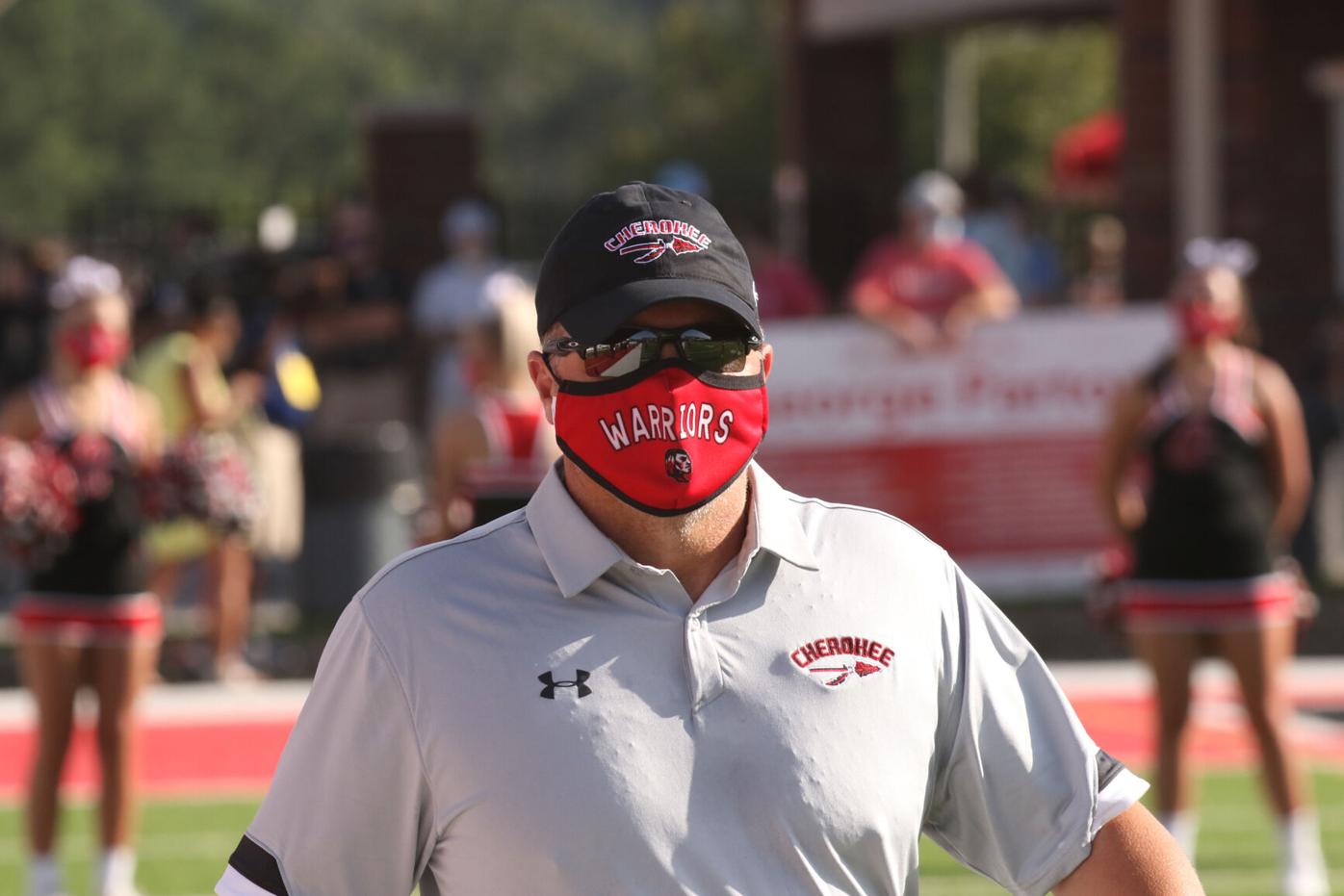 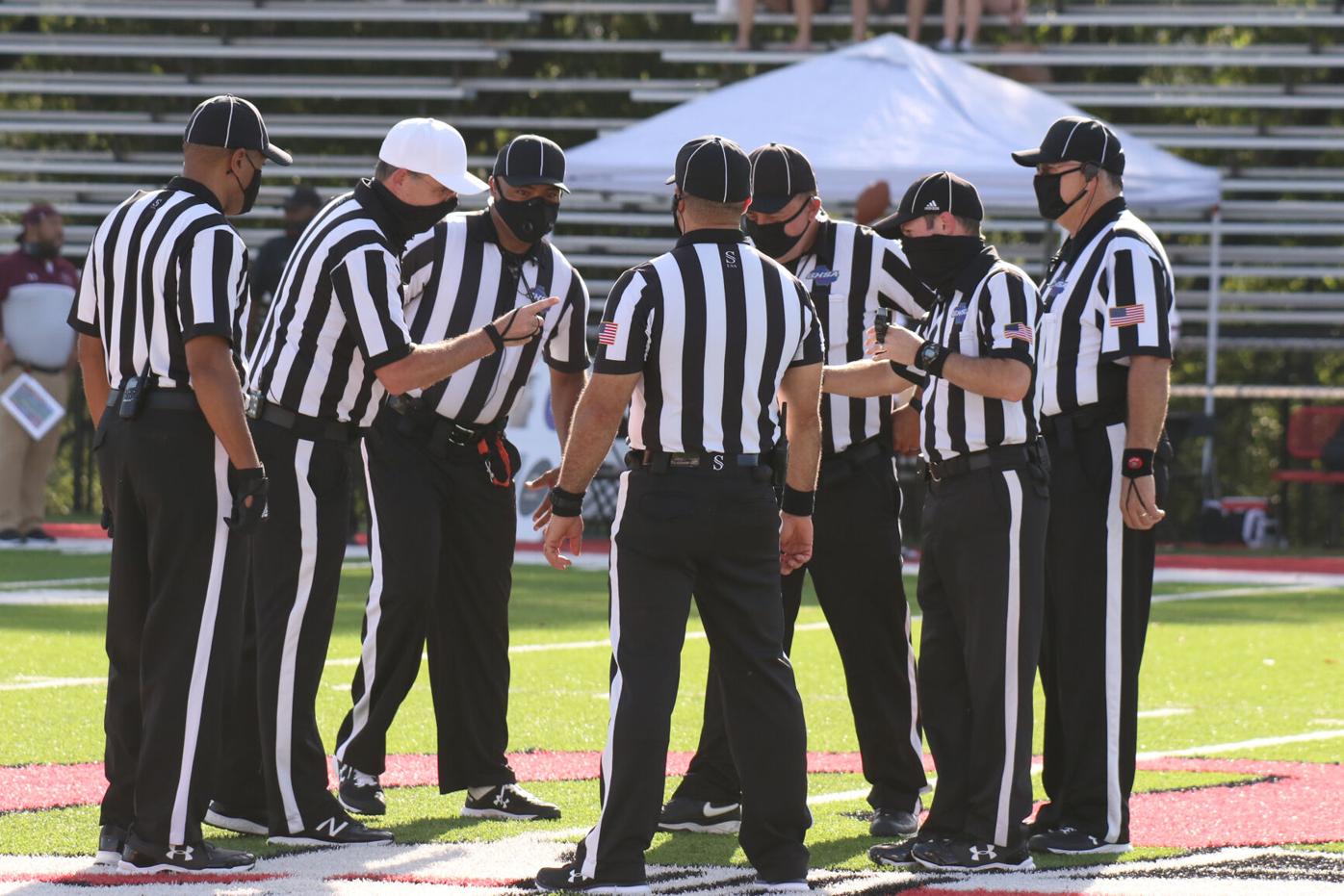 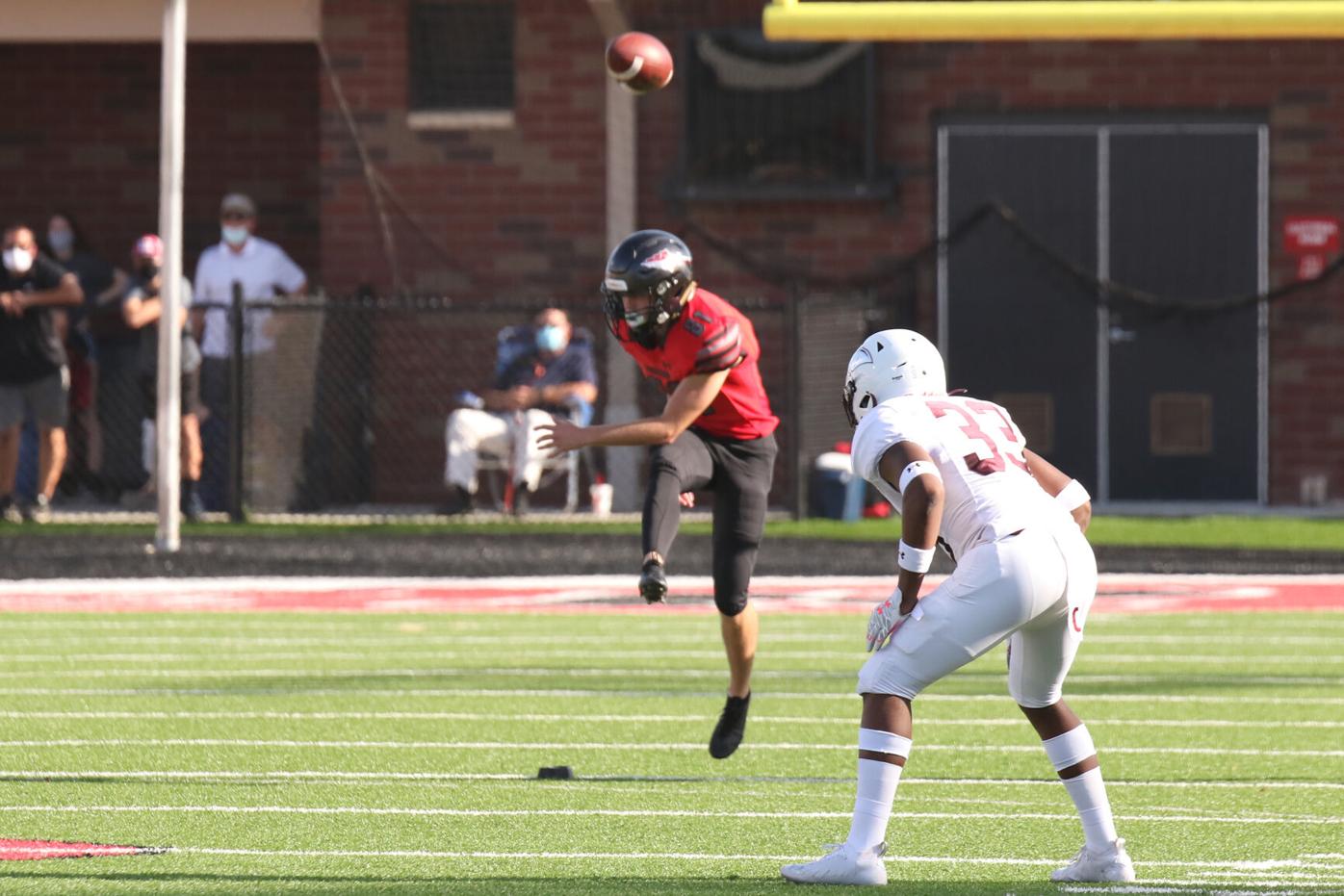 Joel Stahl with the Warrior kick off 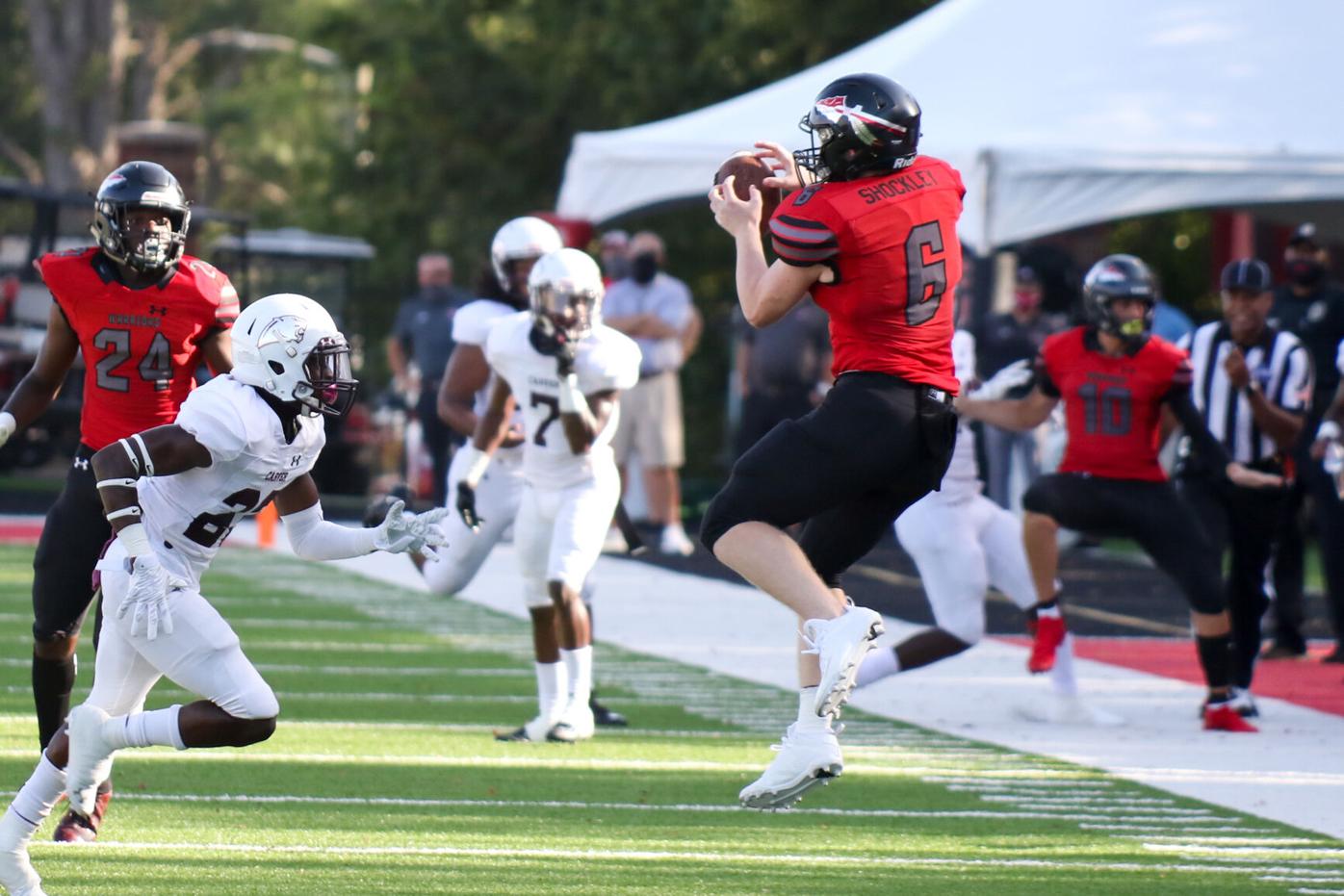 Hayden Shockley with the Warrior's reception

Cherokee’s A.J. Swann will try to lead the Warriors past Sequoyah in the 25th meeting between the schools.

AJ Swann leading the Warriors into the 2020 season

Above: Cherokee snaps the ball in front of a socially distanced crowd during Wednesday’s season opener against Carver-Atlanta at Tommy Baker Field. In the state’s first game of the season, the Warriors won 38-12. Below: Keegan Baker celebrates after intercepting a pass from the Carver quarterback.

Joel Stahl with the Warrior kick off

Hayden Shockley with the Warrior's reception

CANTON — Following an offseason like none before, high school football returned with a bang Wednesday night at Tommy Baker Field as Cherokee beat Carver-Atlanta 38-12 in the opening game of the Corky Kell Classic.

Cherokee (1-0) hosted the first game of the reorganized annual event, and despite the long layoff between competitive action, the Warriors picked up right where they left off last season when they finished 8-4 and advanced to the second round of the state playoffs.

Playing in front of their home fans, Cherokee pulled away in the second half to begin its season 1-0 for the third consecutive year. Junior running back Keith Adams Jr. led the effort, finishing with 174 yards on 17 carries with two touchdowns.

Adams said, more than anything, he was grateful to be back on the field with his teammates.

“The circumstances we’ve had have been tough,” Adams said, “but I love my teammates, and I’m just glad to be with them and glad to be back out here.”

After departing the game briefly early in the third quarter, the powerful Adams returned with a force in the following series and took a handoff 73 yards down the home sideline for his second score of the game. The extra point gave Cherokee a 17-0 lead and seemed to bring life to the Warriors after a stagnant first half.

“I’ve been wanting to get one of those long ones for so long,” Adams said. “I trained too hard in the offseason not to have that happen.”

Cherokee took a 3-0 lead early in the first quarter when Joel Stahl converted on a short field goal. Carver’s defense held its own through the first two quarters, holding Cherokee to 10 points and forcing three turnovers by the Warriors.

The Panthers’ offense could not capitalize in the first half, however, as Cherokee held Carver (0-1) to turnovers on downs twice inside the Cherokee red zone. Adams scored the first touchdown of the high school football season late in the first quarter, and the Warriors took a 10-0 lead in the half.

“I thought the first half went exactly like you’d expect from a group who didn’t have a spring game and didn’t have any preseason scrimmages,” Cherokee coach Josh Shaw said. “Carver was well-coached, and they were tough defensively. Coach (Darren) Myles does a great job, but I think, in the second half, we just wore them down a little bit.”

Cherokee quarterback A.J. Swann left the game briefly late in the first half with an apparent injury, but the junior returned in the third quarter to help lead the offensive outburst. Swann finished 7-for-12 passing for 160 yards with one touchdown and one interception and seemed to renew the confidence within the Warriors’ offense.

Consecutive touchdowns by Adams and Alonzo Upshaw gave Cherokee a 24-0 lead before Carver was able to get on the board when Lorenza Lennon found Tobias Robinson for a 56-yard score through the air.

Cherokee responded immediately. Swann connected with Adam Fullen for a 67-yard touchdown and was immediately followed by Keegan Baker’s long punt return touchdown, which gave Cherokee a 38-6 lead midway through the fourth quarter.

Carver scored once more in the fourth quarter, but the game’s outcome was well in hand. Cherokee will host Sequoyah next week, and after the game, Shaw echoed his running back with his statements of gratitude.

“The players and the coaches pour so much into this sport,” Shaw said. “It was just a lot of satisfaction to see them smiling and being back around each other in this environment. You know this is what they do. It was just a great experience to be a part of the Corky Kell.”