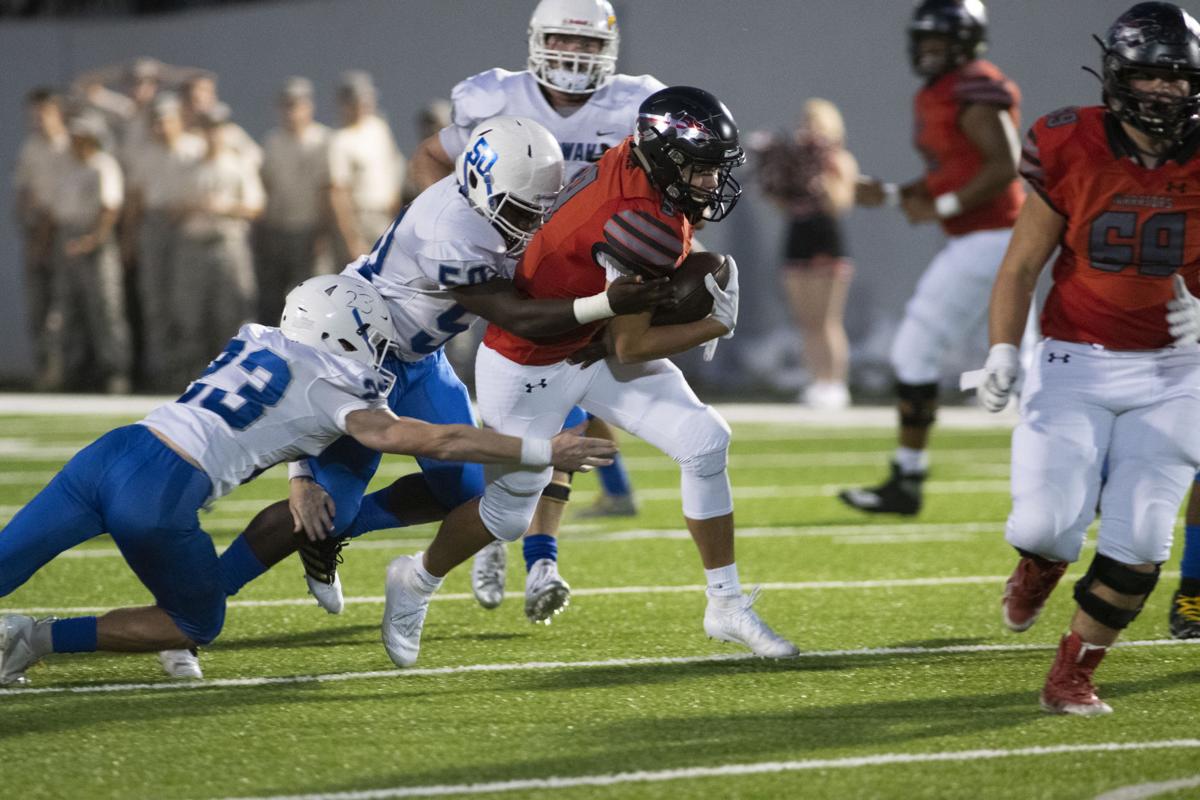 Cherokee's Landon Ergle (9) runs the ball after a catch in a game earlier this season against Etowah. (Photo: Anthony Stalcup) 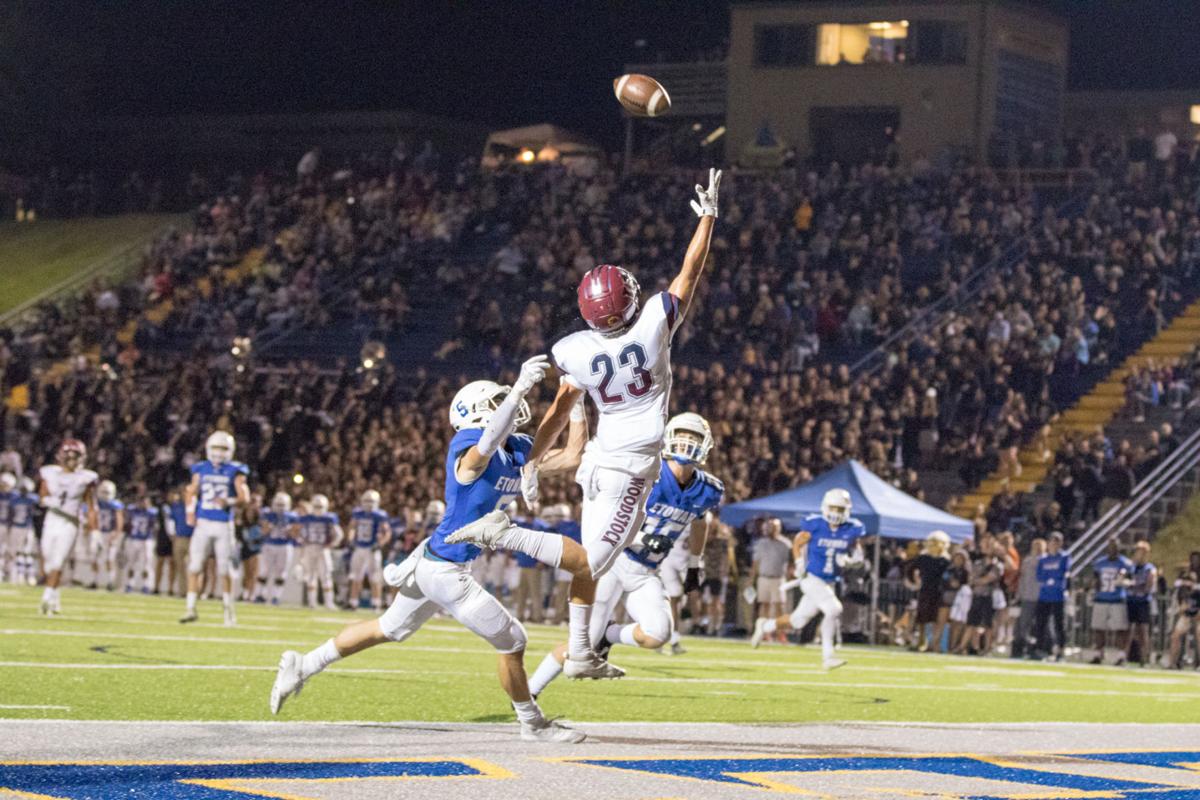 Woodstock's Wes Bruno (23) leaps in the air to attempt a catch in last week's game against Etowah.

Cherokee's Landon Ergle (9) runs the ball after a catch in a game earlier this season against Etowah. (Photo: Anthony Stalcup)

Woodstock's Wes Bruno (23) leaps in the air to attempt a catch in last week's game against Etowah.

Cherokee and Woodstock, two teams coming off opposite results, will meet for the 20th time Friday night, with a valuable Region 4AAAAAAA win on the line.

Cherokee (5-2, 1-1) beat Roswell for just the third time in series history, sparked by Ebony Jackson's touchdowns on both offense and defense, and the Warriors' Cherokee defense continued to perform like one of the best in the county as it held Roswell to less than half its scoring average for this season.

“Obviously, rebounding from a letdown a week before against Etowah was good,” Cherokee coach Josh Shaw said. “Our defense was lights-out against Roswell, and we did just enough offensively to win.”

Jackson, a three-star running back recruit who is committed to Maryland, was a welcomed addition to the Cherokee offense after gaining eligibility following his offseason transfer from Kell. Jackson started at receiver for the Warriors last week and spelled starting running back Keith Adams Jr. in addition to joining the Warriors' defense at defensive back.

Offensively, Jackson should give Cherokee’s opponents another piece for which to gameplan.

“He’s just a really good football player,” Shaw said. “We just try to get him the ball in space because he’s a 10.5 100-meter guy with a very high football IQ”

Woodstock’s game at Etowah came down to the final play, but the Wolverines fell short and lost 28-21 to their archrival on the road. A return home should be welcomed for the Wolverines (1-5, 0-1) who have not played on their home field since the first week of September.

Woodstock should also feel good about its current home streak against Cherokee, as the Warriors have not won at Woodstock since 2002.

The Wolverines’ offense continues to take strides, and junior quarterback Walker Ormsby seems to have taken the reins. Ormsby finished 32-for-48 passing for 232 yards and one touchdown against Etowah.

However, it has been the running game which seems to have sparked the Woodstock offense. The Wolverines rushed for 148 yards against Etowah, with junior V’ontae Hampton leading the way with 94 yards and two touchdowns on 13 carries.

“V’ontae and Willie (Greer) are having good years for us, and if that’s our advantage, then that’s what we’re gonna do,” Woodstock coach Brent Budde said. “But I’m never going to be opposed to throwing the ball because, late in the game last week, we started going fast with Walker, and that allowed us to move it down the field.

"I keep seeing us getting better offensively, but we’ve still got to avoid those mistakes that get us behind the chains."

There is no time to rest for Woodstock. After playing in a high-intensity atmosphere against Etowah, the Wolverines will have another rival showing up on their doorstep Friday.

“It’s kind of like back-to-back rivalries,” Budde said. “Everyone sees Woodstock and Etowah as the big rivalry because we share a community, but this one is just as big rivalry for us.”