Worry, haste, retail therapy: What have we boug… 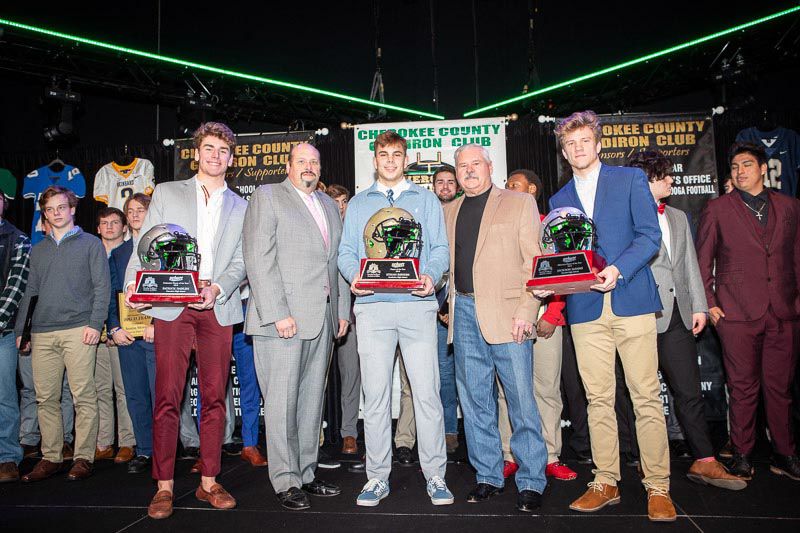 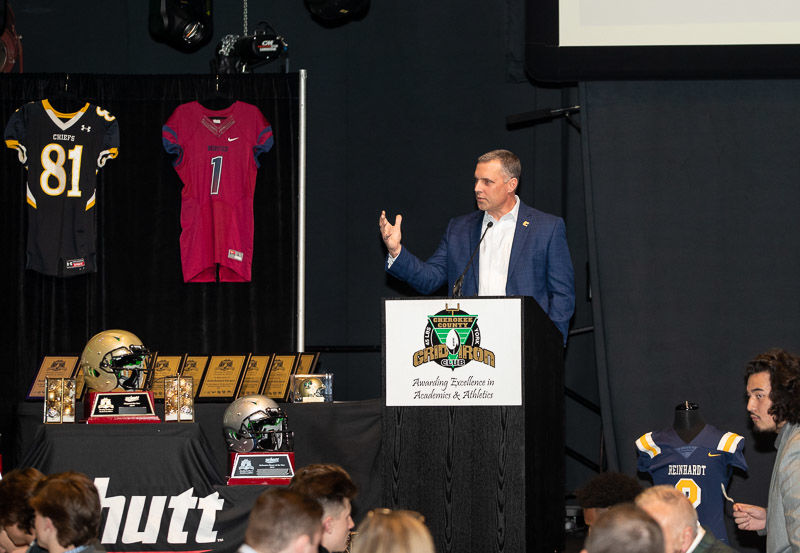 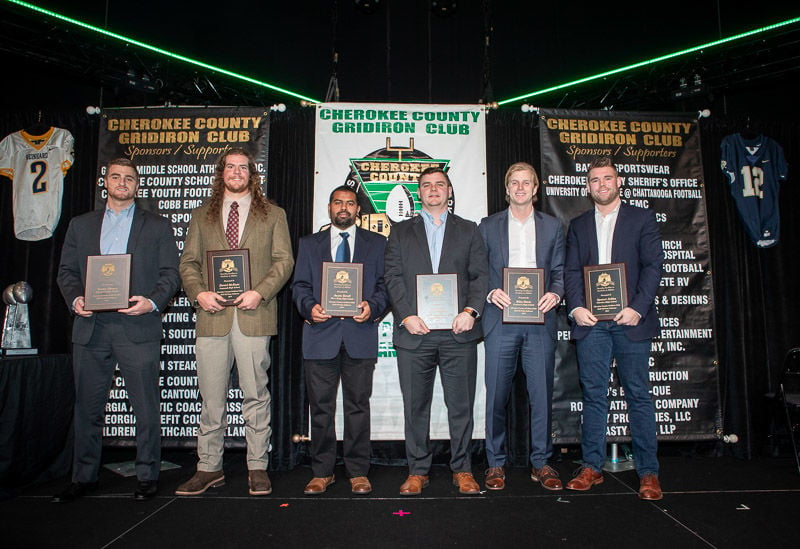 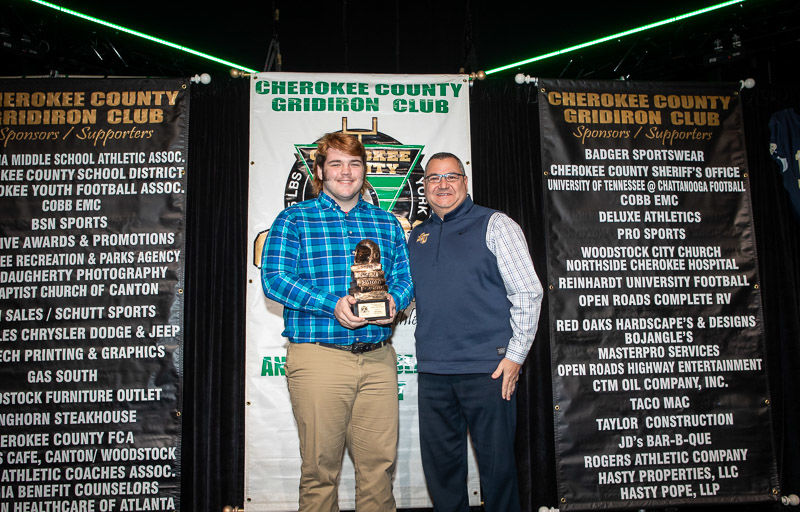 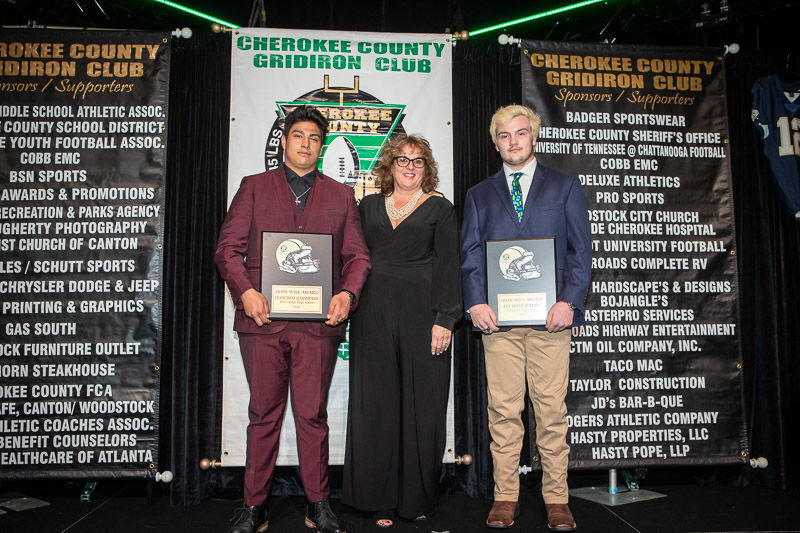 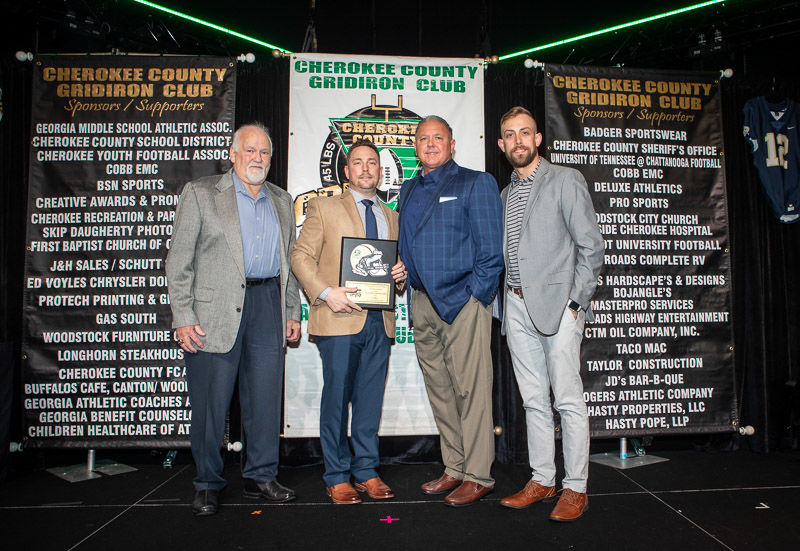 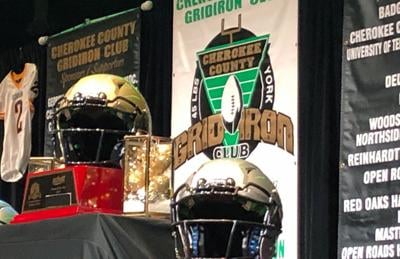 WOODSTOCK — The Cherokee County Gridiron Club held its 16th annual awards banquet Monday at Woodstock City Church, with players young and old honored for their achievements on and off the field.

Coaches from each of the six Cherokee County high schools were in attendance, along with Reinhardt coach James Miller and Chattanooga coach Rusty Wright, a former Reinhardt assistant and the night’s keynote speaker. The event, emceed by local radio broadcaster Dave Garner, also featured a rendition of the national anthem performed by Canton native and recent Miss America first runner-up Victoria Hill.

Gridiron Club president Dan Carmichael said the organization has continued to reach its goals since its founding in 2003.

“Our biggest thing is just to promote football in general in Cherokee County,” Carmichael said, “and there’s no way we could pull off all that without the support of our community and our sponsors.”

“One of the biggest things that I get out of it is when we bring the old guys back for the hall of fame inductions,” Carmichael said. “These players start playing as pee-wees at 5 and 6 years old, and before you know it, they’re up there on stage being inducted into the hall of fame.”

Creekview’s coach Trevor Williams was the next on stage as he received the Coach of the Year award recognizing integrity, service, teamwork and excellence on and off the field.

“This is definitely my favorite,” Dahlen said. “I remember growing up and seeing on social media all the older guys get the helmet award from this banquet, and that’s something I always wanted to have.”

Heading into his senior season, Manns was excited about the new offense Etowah was planning on utilizing, but he had no idea his numbers would increase as they did.

“I think I had about 200 yards last year,” Manns said. “When they told us about the new offense, it was the best news I’ve ever had in my entire life. We’d been talking about changing it since freshman year, and we finally got to do it our senior year. It went way better than I expected, and I think we knew it was going to be good during those 7-on-7s in the summer.

Manns said he would like to play in college and is still weighing his options.

“I’m looking into seeing if I could walk on somewhere or maybe get a scholarship to West Georgia or Georgia Southern,” he said. “I do want to play at the next level if it’s the right fit.”

Creekview senior Ethan Dirrim was named the overall Player of the Year.

The two-way standout tallied 961 total yards with a county-best 14 total touchdowns. He accumulated a county-best 816 receiving yards on 50 receptions for nine touchdowns and totaled 23 carries for 100 yards and five touchdowns on the ground. He also added one defensive touchdown and was named first-team all-Region 6AAAAAA athlete.

Dirrim, who has signed to play at Mercer, he was not aware he was about to be honored as the Player of the Year.

“Coming into the year, I was hoping to win it, but I was a little bit shocked when they called my name,” Dirrim said. “It’s pretty nice seeing all your hard work pay off. I really appreciate it, and with what I put in this year, I hope I earned it.”

Dirrim said a catch-and-run along the sideline against River Ridge and a scoop-and-score against Sequoyah stuck out in his mind from his senior season. He rarely if ever left the field for the Grizzlies, serving as the team’s punter as well, and he would not have had it any other way.

“I love it, I want to be on the field at all times,” Dirrim said. “I’m really looking playing for coach (Drew) Cronic at Mercer. I’ve heard such great things about him. He coaches hard and he’s got a great reputation for turning programs around, so, hopefully, we expect nothing less making a run at a championship next year.”

The event concluded with players, coaches and parents sharing congratulatory messages with on another.

“That’s what it’s all about,” Carmichael said. “Recognizing those players and of course recognizing our coaches for what they do everyday.”