‘We’re sick of it’: Anger over police killings …

World uneasily watches US protests but US racis… 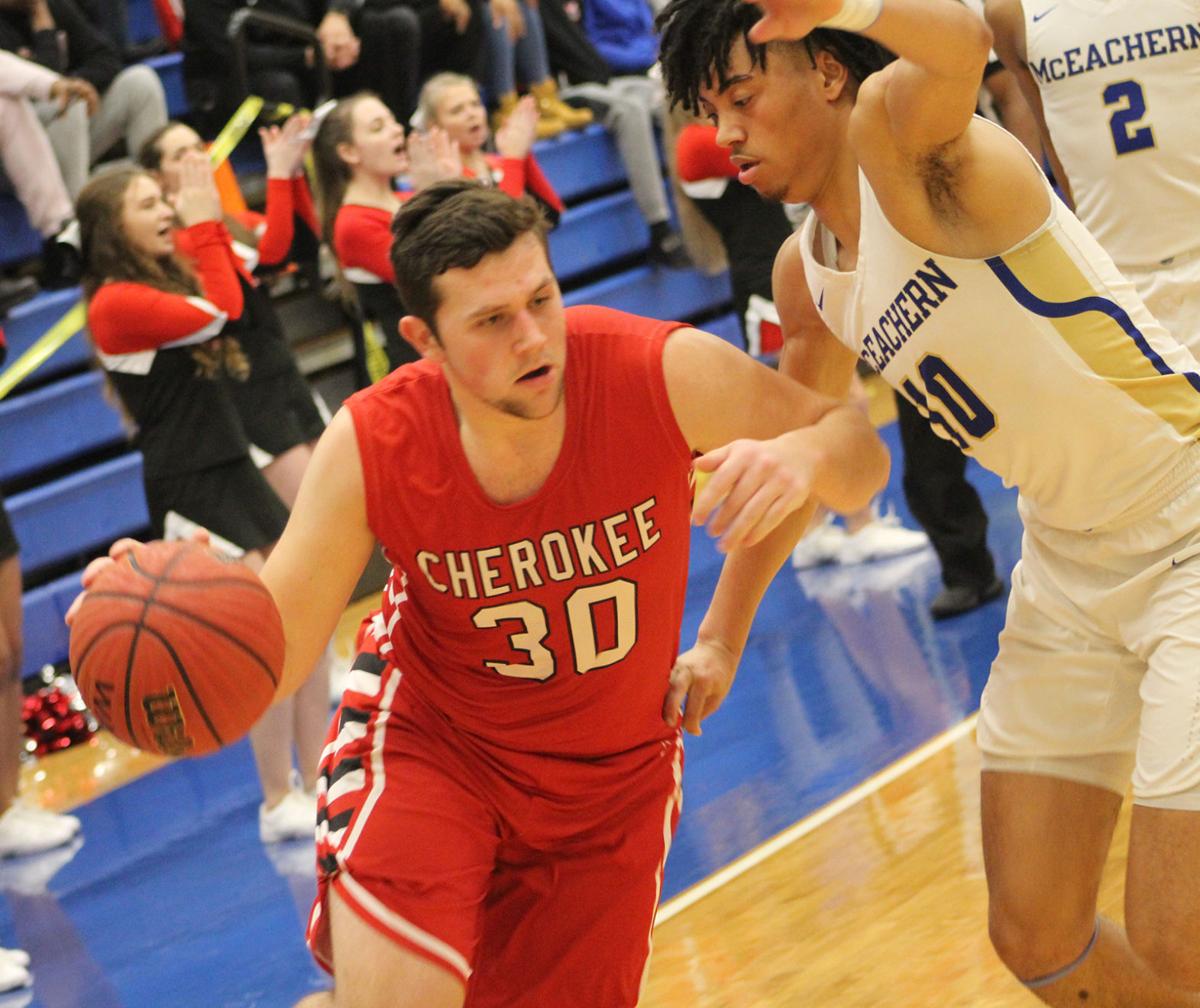 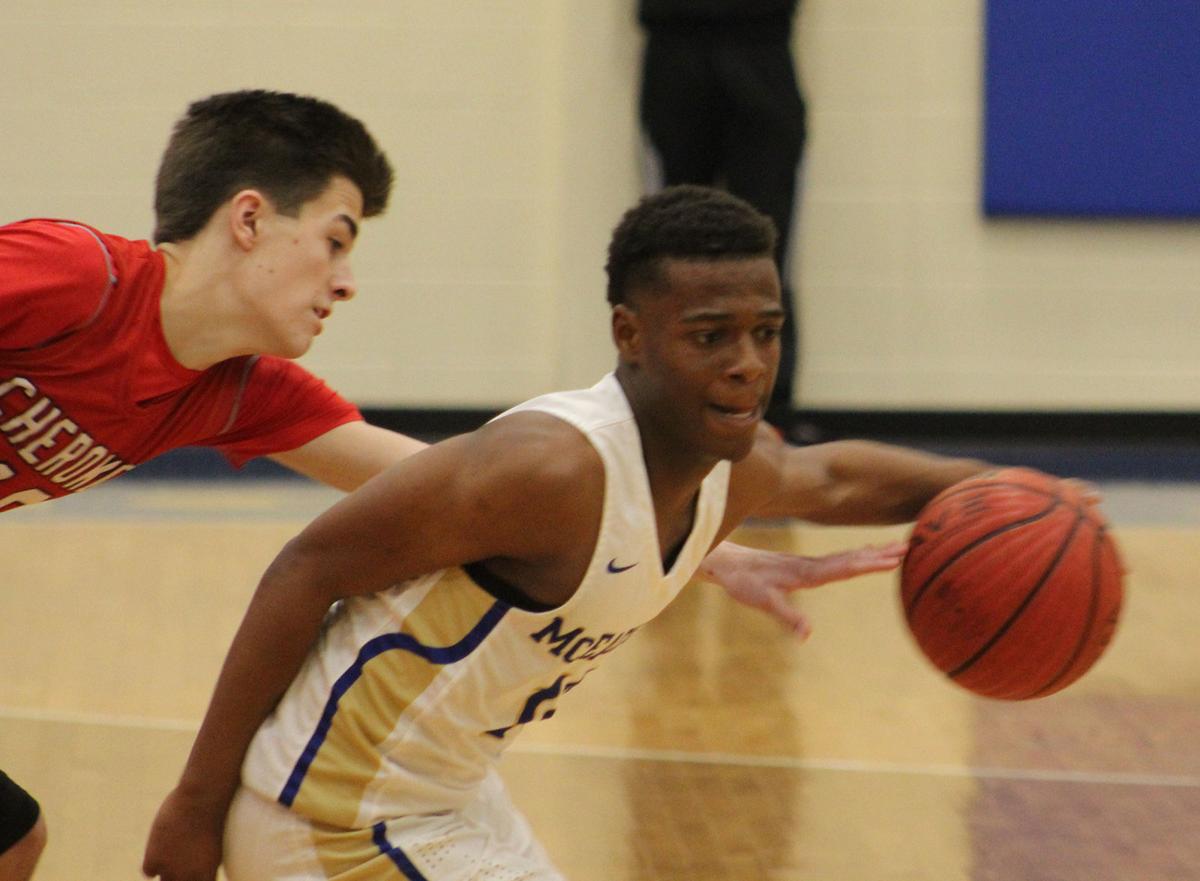 McEachern's Stephon Julme tries to escape the defense of Cherokee's Chase Ridgeway in the second round of the Class AAAAAAA state tournament Feb. 21, 2019. Staff - Adam Carrington 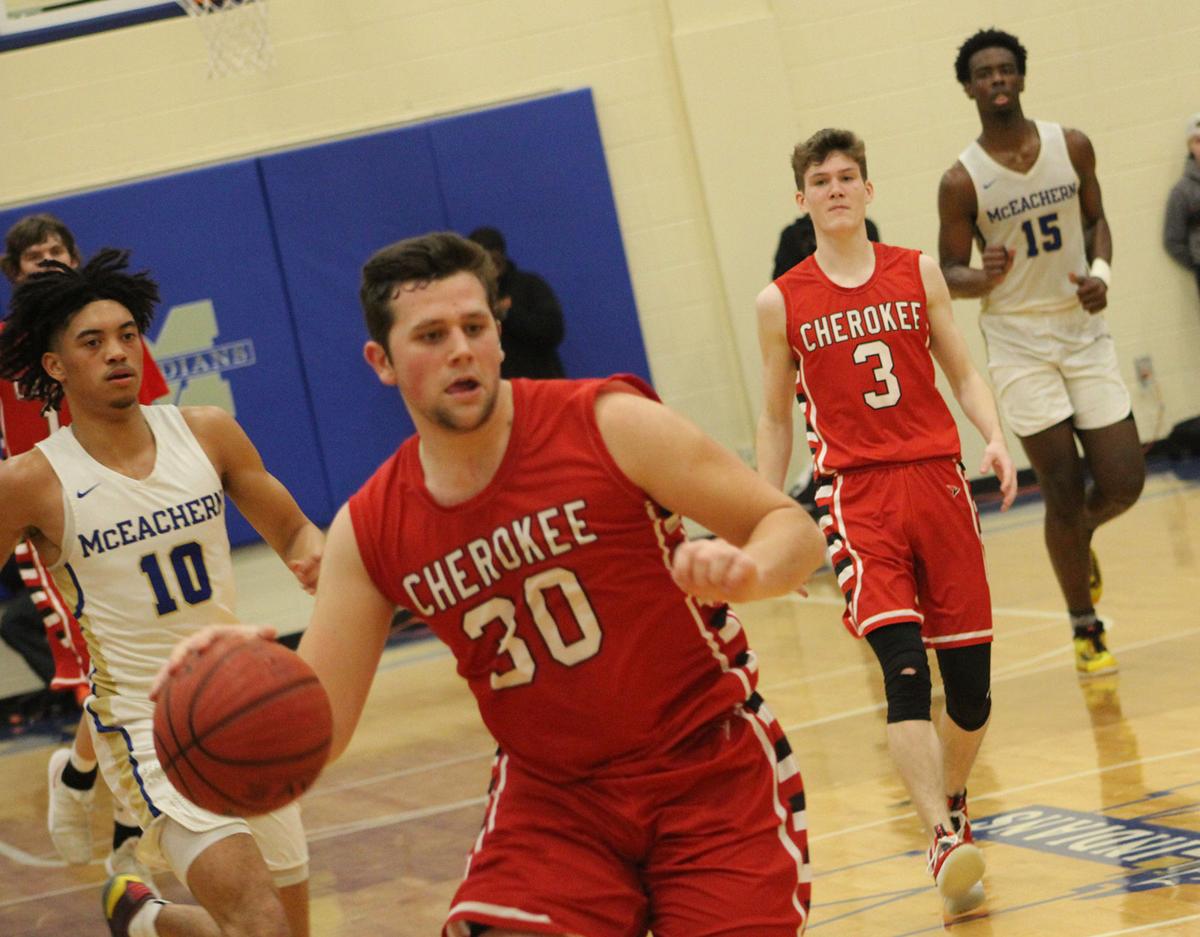 Cherokee's Grant Dubiel brings the ball down the court against McEachern in the second round of the Class AAAAAAA state tournament Feb. 21, 2019. Staff - Adam Carrington

McEachern's Stephon Julme tries to escape the defense of Cherokee's Chase Ridgeway in the second round of the Class AAAAAAA state tournament Feb. 21, 2019. Staff - Adam Carrington

Cherokee's Grant Dubiel brings the ball down the court against McEachern in the second round of the Class AAAAAAA state tournament Feb. 21, 2019. Staff - Adam Carrington

POWDER SPRINGS – Sharife Cooper helped McEachern get off to a quick start and led the way with 24 points in beating Cherokee 83-51 on Thursday in the second round of the Class AAAAAAA state tournament Thursday.

The Indians (29-0), who will host Peachtree Ridge in the state quarterfinals next week, jumped out to a 17-7 first-quarter lead, with Cooper accounting for nine points.

The lead only grew from there.

McEachern doubled Cherokee’s point total in the second quarter, outscoring the Warriors 26-13 to take a 21-point lead at the half, and Cooper’s point total was already at 16.

Cooper was one of five players to score in double figures for McEachern.

Isaac Okoro scored 12 of his 18 points in the second half to help the Indians extend their lead beyond 30 going into the fourth quarter. Quinton McElroy added 13, while Alyn Breed and Jared Jones each finished with 12.

“There’s a certain comfort playing at home,” Thompson said. “We shoot the ball pretty good. When you can knock down a couple of jump shots (against Cherokee), our pace picks up a little bit.”

Thompson said McEachern wanted to come out and force Cherokee (13-17) to play at the Indians’ own rapid pace instead of a slower half-court set, which is the Warriors’ comfort zone. The Indians had little difficulty pulling that off.

Taihland Owens did what he could in helping Cherokee keep up, but he did not quite have enough help. Owens led with 24 points, while Zack Vickers finished with 15.

The Warriors were unable to get within 20 points of McEachern in the second half. Ahead 49-29 early in the third quarter, the Indians put the game out of reach by going on a 13-2 run.

Going into the game, Cherokee planned on conceding the outshot shot and keep McEachern out of the lane, but the Warriors could not match up well enough.

“They were hard to guard for us,” Cherokee coach Roger Kvam said. “We felt like we couldn’t play zone against them because of offensive rebounding. Man-to-man matchups were tough for us. There were just some tough matchups that gave our kids a handful. They have some good players at almost every position.”