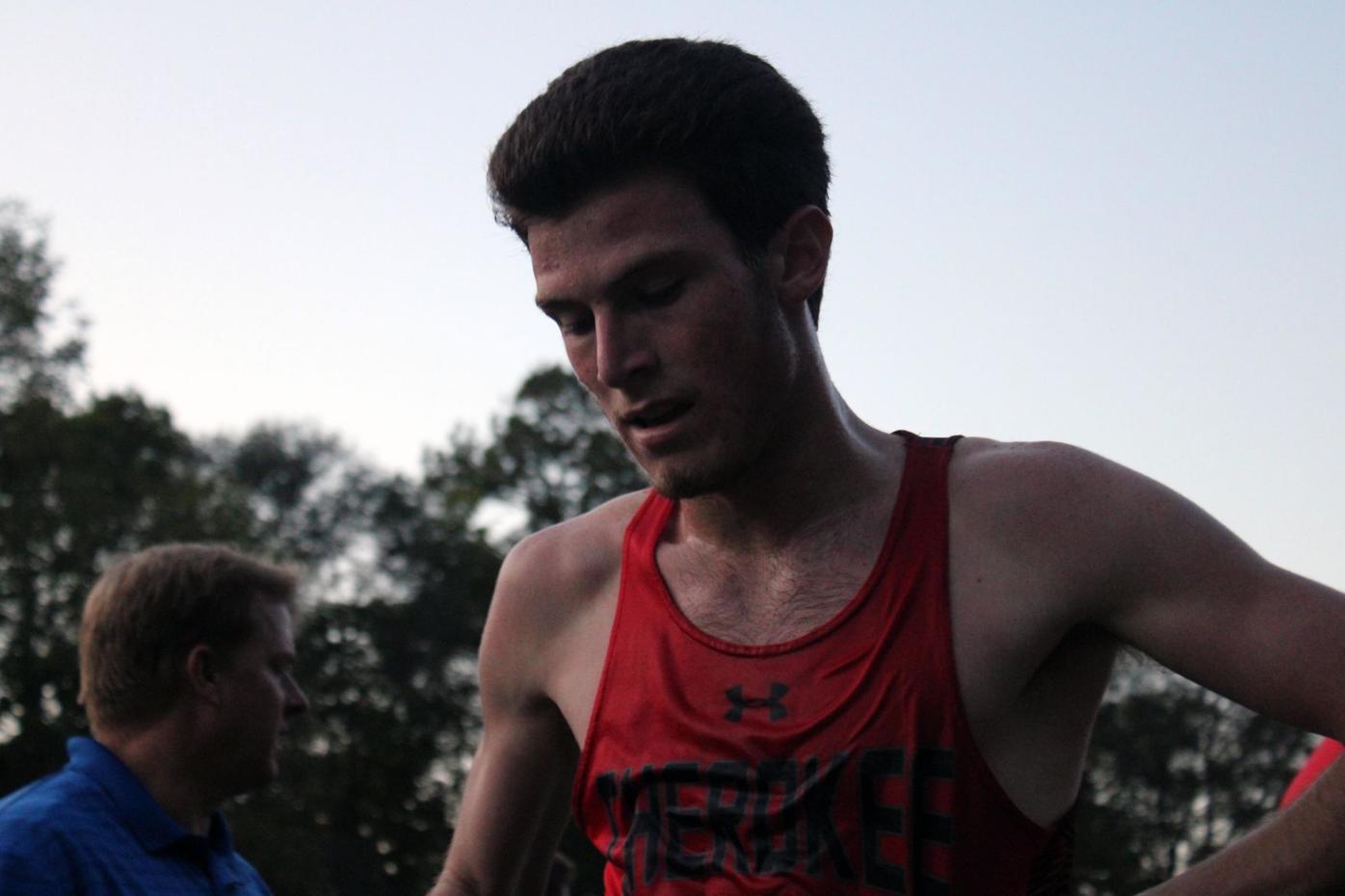 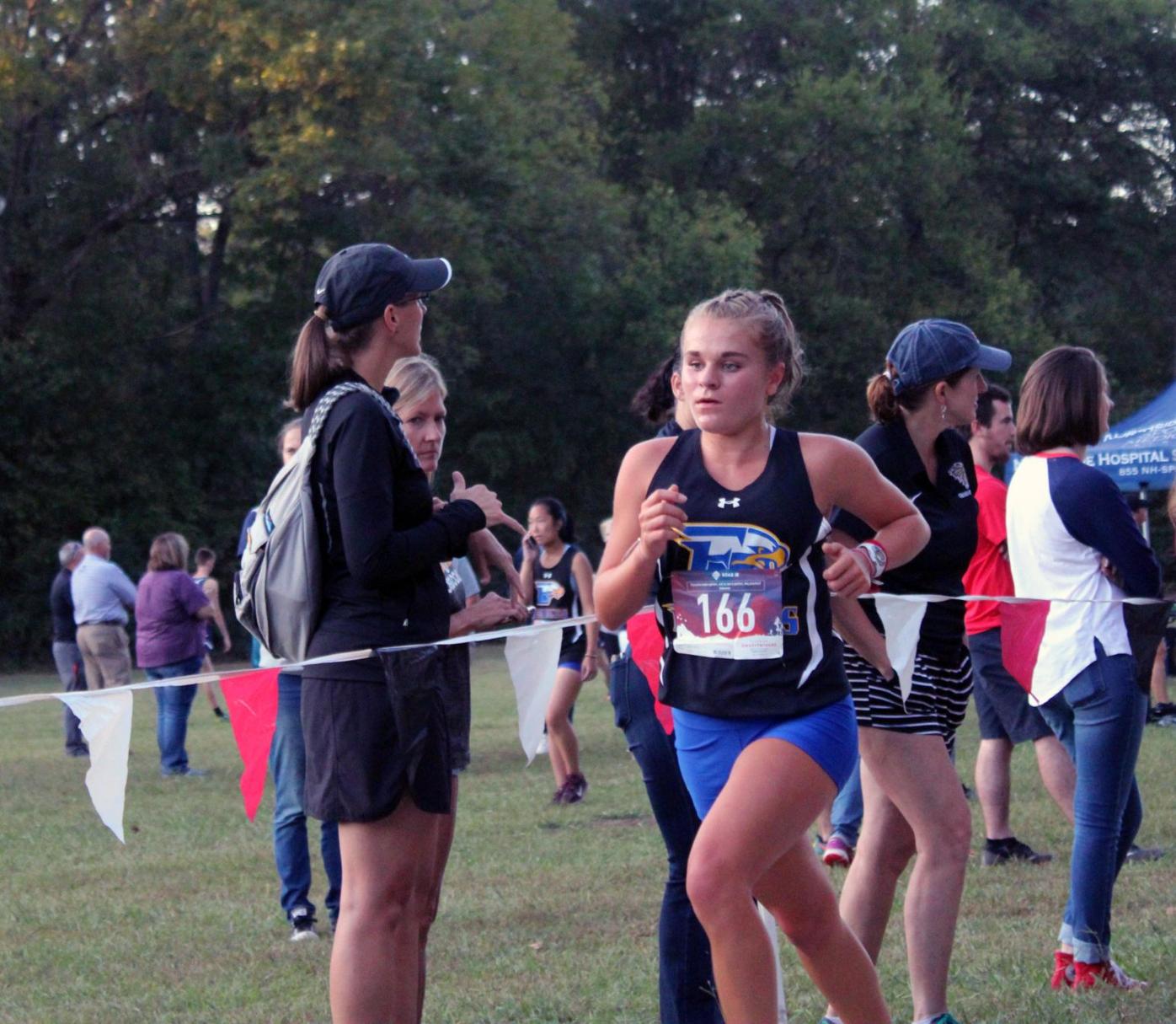 Etowah’s Makenna Calbert won the girls varsity individual championship at the Cherokee County Cross Country Championships with a time of 18:57.

Etowah’s Makenna Calbert won the girls varsity individual championship at the Cherokee County Cross Country Championships with a time of 18:57.

The annual Cherokee County cross country championships will take place Saturday at Boling Park in Canton, and several teams will be looking to break through for a title.

The Etowah girls and Cherokee boys took home the titles last season, and a number of runners have returned after placing in the top five in 2019. Cherokee County has seen several runners place in the top five at meets this season, serving as a potential preview of this year’s county championships.

The Warpath Invitational, held Sept. 19 at the same location, featured five of the county’s six schools, along with 23 others from around the state. River Ridge was the only county school to not compete.

Cherokee senior and reigning Cherokee Tribune Boys Runner of the Year Dom De Lillo led county runners at the Warpath with a time of 16 minutes, 31.90 seconds — good for an 11th-place finish overall.

Etowah finished a county-best ninth as a team at the Warpath with an average time of 17:14 among its top five runners. However, if the Eagles are to overtake Cherokee for the county title this year, it will likely need exceptional performances from Moore, Matthew Hall, Andrew Balogh and Ryan Berwald.

De Lillo’s time at the Warpath was his season-best, but not the best time for a county runner this fall. Moore ran 16:16.50 at the Pickens Quad meet on Aug. 29 in Jasper.

On the girls side, Etowah will likely be favored to repeat as county champion.

Creekview senior and three-time reigning Cherokee Tribune Girls Runner of the Year Makena Gates won the Warpath with a time of 18:24.90 and is once again one of the best runners in the state. She ran a 2020 county-high 18:00.14 at the Alexander/Asics Invitational on Oct. 3 in Fairburn.

Gates missed the county championships last fall due to injury, while Makenna Calbert returns as defending champion with a time of 18:57.

Sequoyah placed ninth at the Warpath, with Creekview 11th and Cherokee 13th. Cherokee’s Lexi Pavese (19:50.80) and Sequoyah’s Susanna Rogers (20:03.10) were the fastest runners for their teams.

Although River Ridge did not compete in the Warpath, it did compete with Etowah, Creekview, Sequoyah and Woodstock at the Alexander/Asics Invitational.

The Lady Knights were the second-highest county team led by Ciara Miles’ season-best 18:52.14, good for 34th overall. On the boys side, Ryan Sewczwicz finished with a season-best time of 16:44.03.