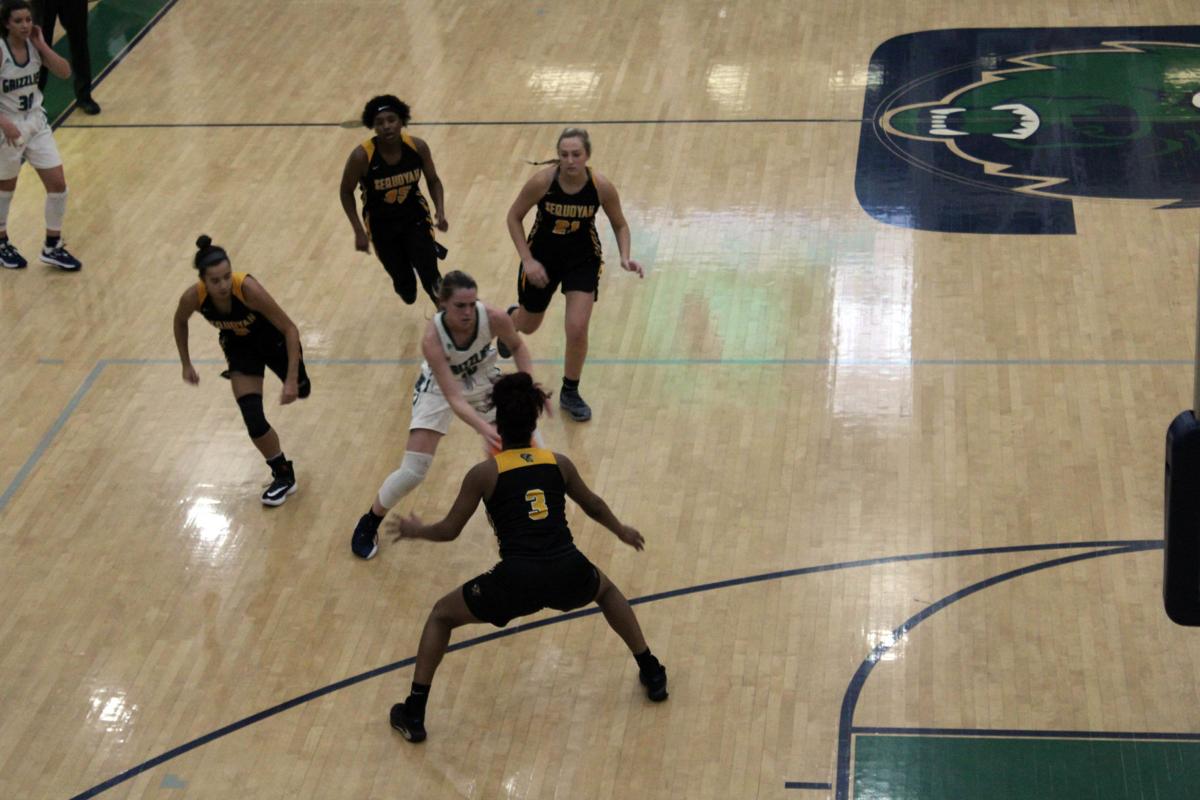 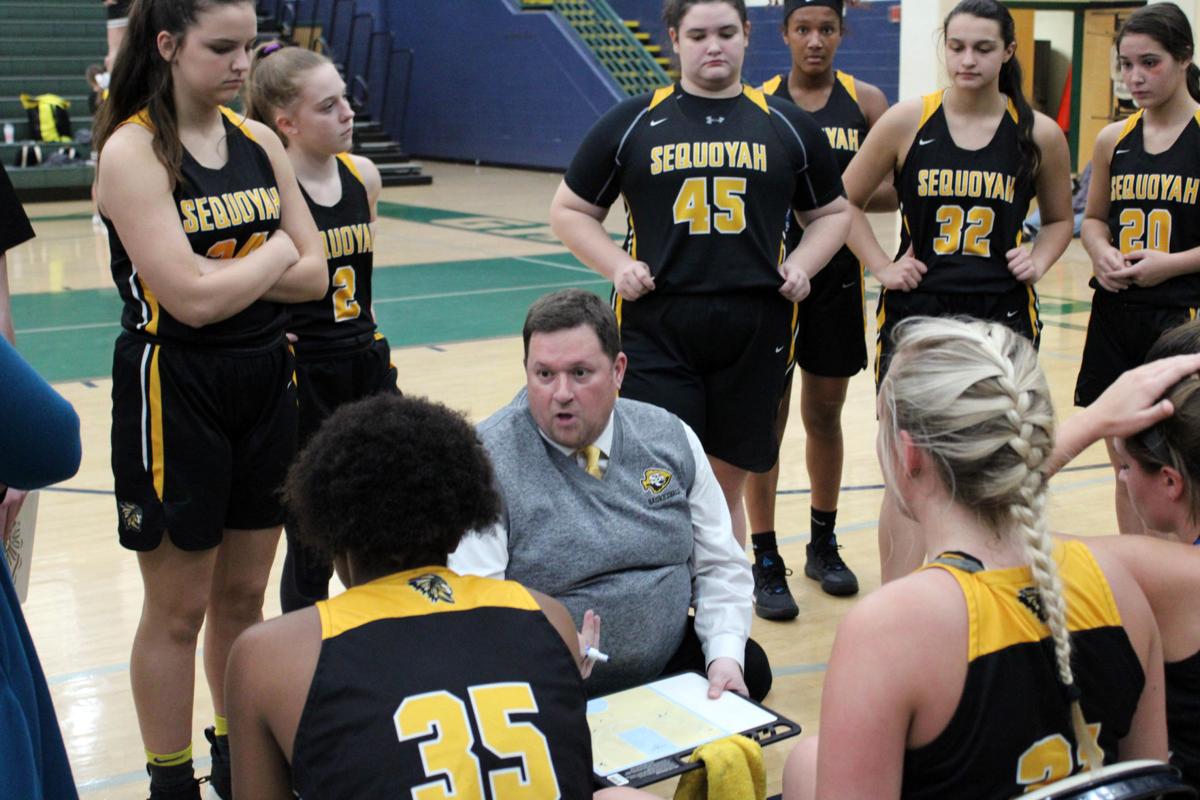 Above: Sequoyah coach Chris Yarbrough draws up a play during a timeout Tuesday at Creekview. The Lady Chiefs went into overtime before winning on Susanna Rogers’ game-winner in the extra session. Below: Creekview’s Emily Wilkie is surrounded by Sequoyah players as she drives toward the basket. 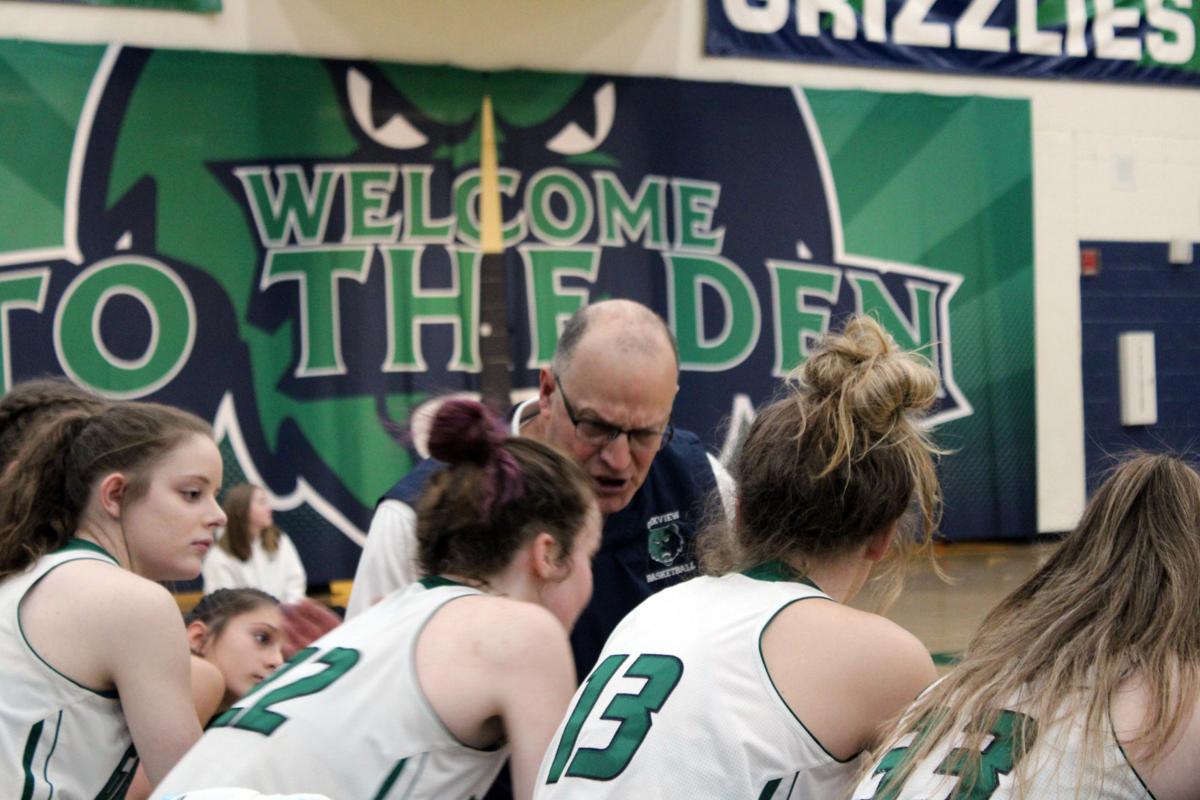 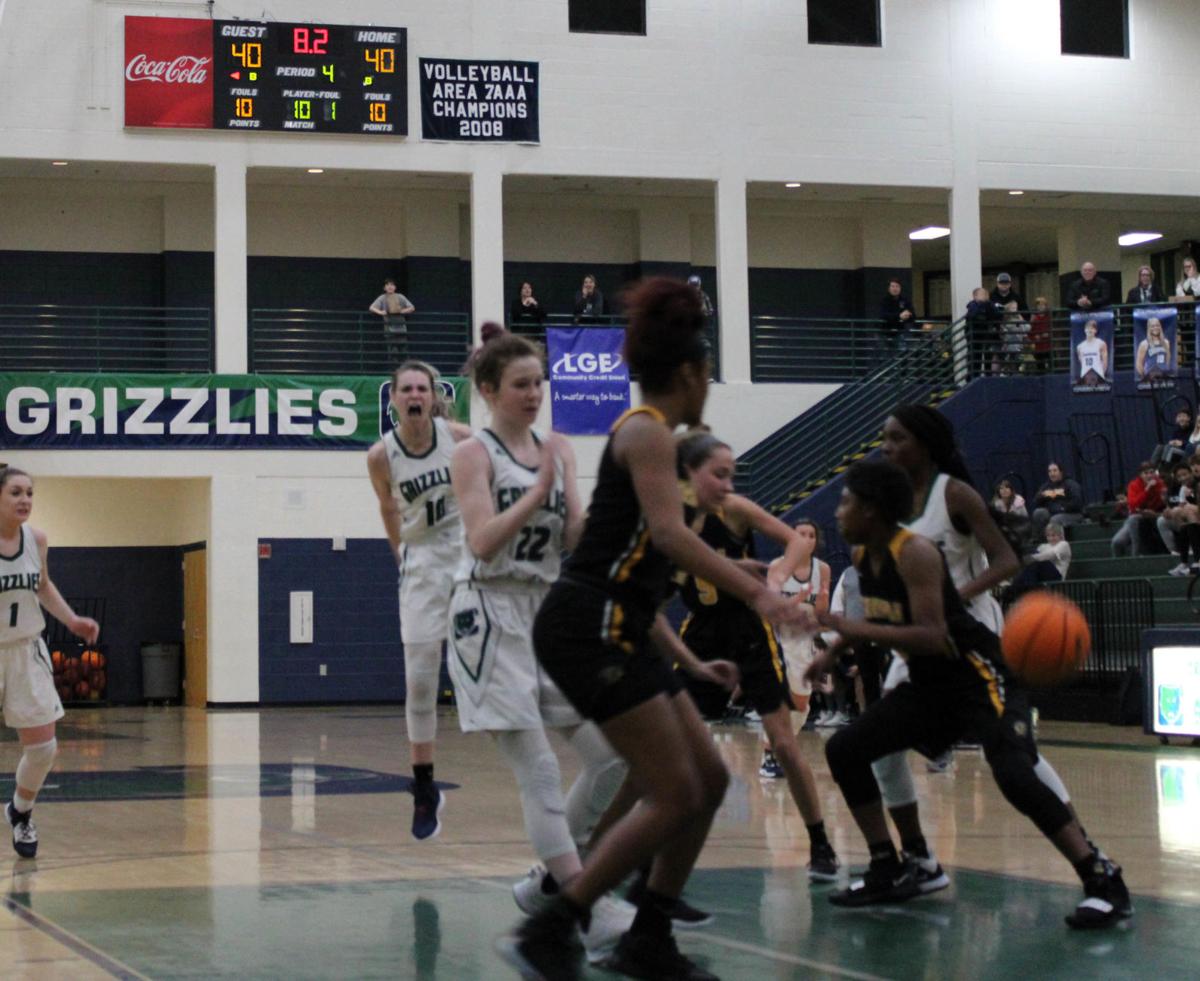 Creekview's Emily Wilkie celebrates after hitting two free throws to give the Lady Grizzlies the lead.

Above: Sequoyah coach Chris Yarbrough draws up a play during a timeout Tuesday at Creekview. The Lady Chiefs went into overtime before winning on Susanna Rogers’ game-winner in the extra session. Below: Creekview’s Emily Wilkie is surrounded by Sequoyah players as she drives toward the basket.

Creekview's Emily Wilkie celebrates after hitting two free throws to give the Lady Grizzlies the lead.

CANTON — Two lead changes in the final seconds and a buzzer-beater in overtime was enough to bring everyone to the edge of their seats Tuesday night as Sequoyah beat Creekview 42-41.

After senior Emily Wilkie made a pair of free throws to give Creekview a 41-40 lead with less than 10 seconds remaining in overtime, Sequoyah’s Susanna Rogers rebounded a teammate’s missed shot and connected on a floater from the lane to put the Lady Chiefs on top.

Sequoyah (6-5, 4-2) earned the hard-fought Region 6AAAAAA game despite a furious comeback by Creekview (5-6. 3-3) in both regulation and overtime.

It was the fourth straight region win for Sequoyah.

“I’ve been in some tight games — haven’t won one at the buzzer in a long time,” Sequoyah coach Chris Yarbrough said. “I was a crazy person after that one. I ran out there with them and gave Susanna a high-five.”

Both teams struggled to find offense in the first half as the Lady Chiefs held a 16-14 lead at the end of the second quarter.

Sequoyah senior Macy Williams carried the Lady Chiefs on both ends of the court and scored eight of her game-high 17 points in the second period. Rogers finished with seven points, while A’ryn Jackson finished with eight points.

Each time Sequoyah attempted to pull away, Creekview clawed back.

After a pair of missed free throws by Creekview, Rogers sunk a pair of foul shots with less than 30 seconds remaining in the fourth quarter and seemingly gave Sequoyah the breathing room it needed to squeak out the win.

However, Craft, who finished with a team-high 12 points, made a game-tying 3-pointer with seconds remaining and the game went to overtime.

“We gave up some shots late in the fourth quarter that we didn’t want to, especially that 3-pointer at the end,” Yarbrough said. “Honestly, we’ve both been struggling to score, but I thought we did a really good job against (Wilkie) because she’s such a tough player. Macy has been really big for us with Elle (Blatchford) out and I think, once we get Elle back, we’ll be even better because we’ve had other kids step up in her absence.”

The overtime period went by in a flash, with Wilkie scoring all three points for Creekview. It looked as if the Lady Grizzlies would squeak out the comeback victory, but Rogers was in the right place at the right time and made the final play to seal the win for the Lady Chiefs.

Sequoyah will play at 4 p.m. Friday at home against Our Lady of Mercy on the first day of the War Lodge Invitational. Creekview will play at 6 p.m. Thursday at Etowah.