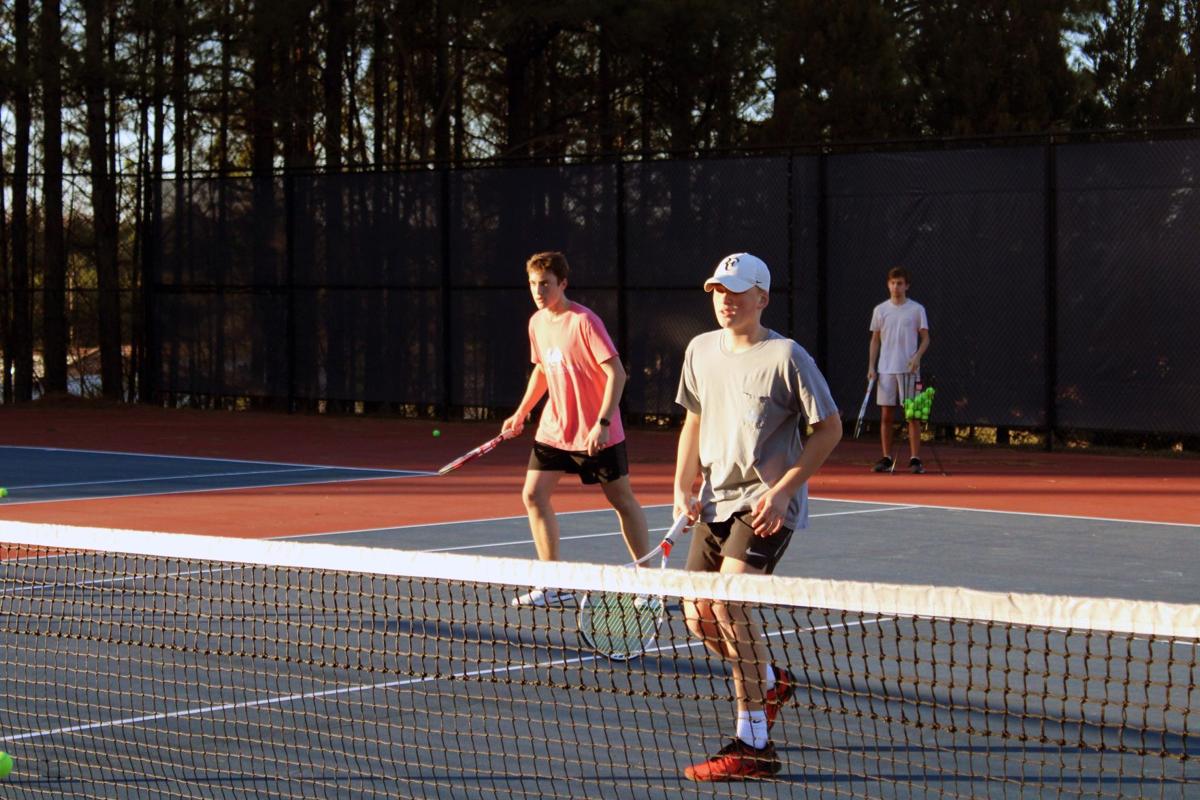 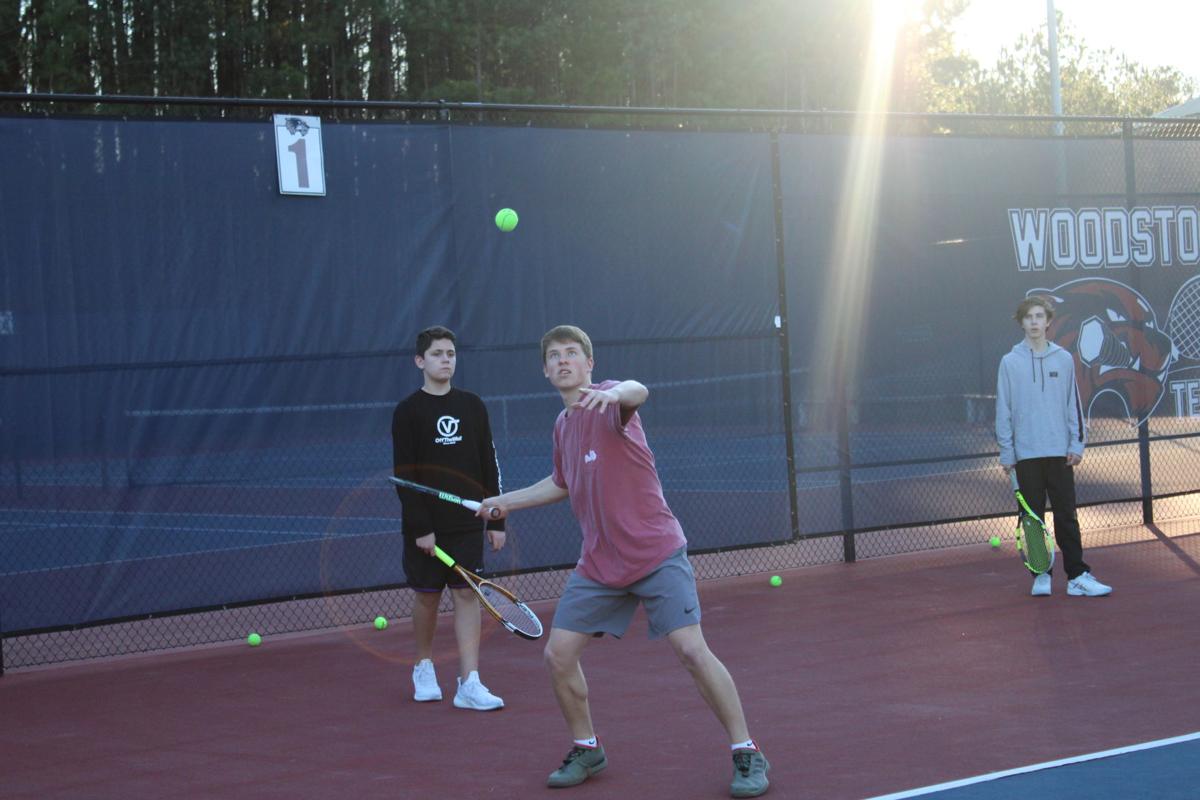 Woodstock junior Tyler Onufrock prepares to hit the ball during practice earlier this week. Onufrock and his brother, Ben, are expected to be two of the Wolverines’ lead players this season. 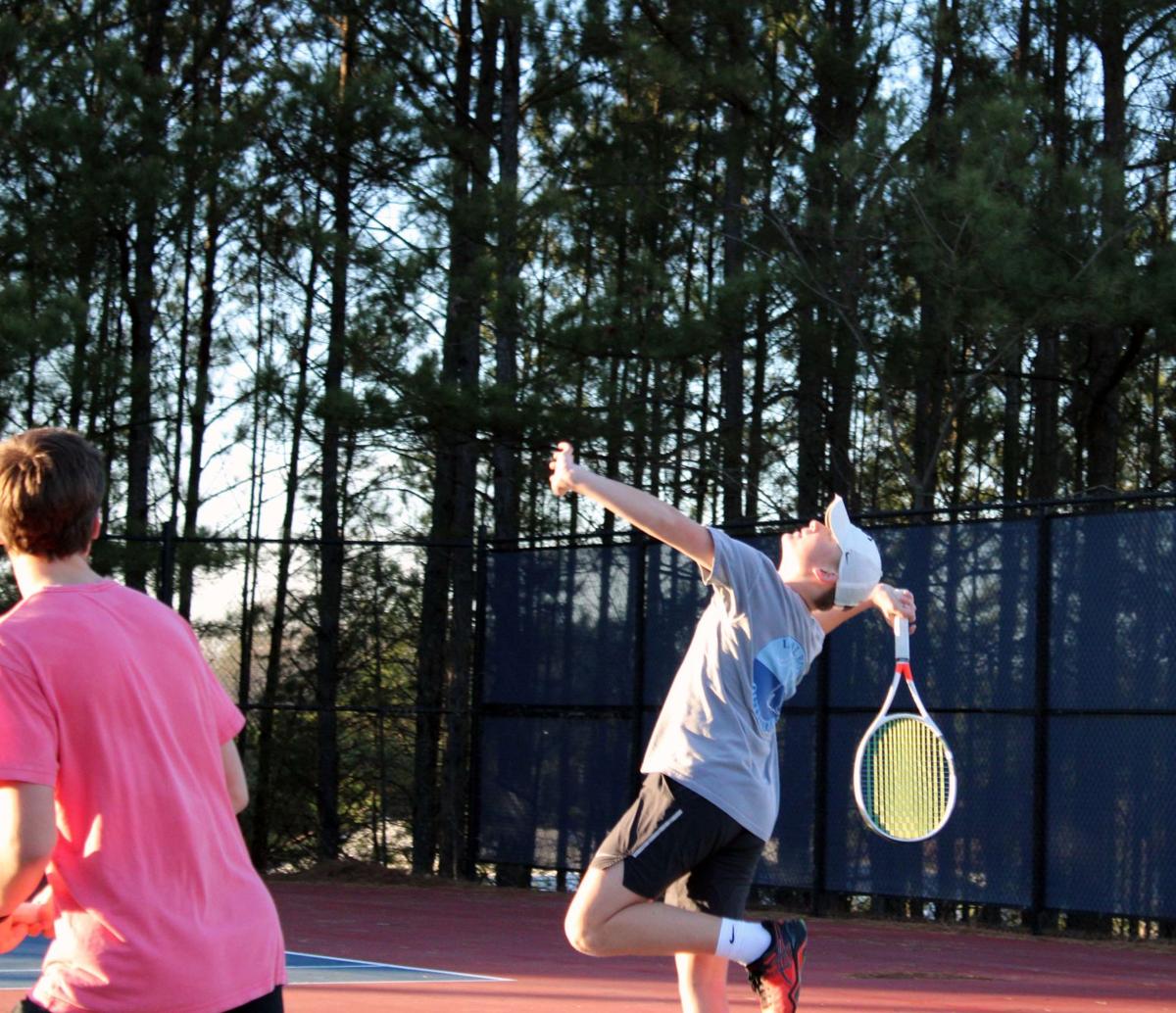 Woodstock junior Tyler Onufrock prepares to hit the ball during practice earlier this week. Onufrock and his brother, Ben, are expected to be two of the Wolverines’ lead players this season.

Etowah and Woodstock each reached the second round of the Class AAAAAAA playoffs last season, and each return a number of talented players. Woodstock finished second in Region 4AAAAAAA, while Etowah finished third.

The Eagles, however, return reigning Cherokee Tribune Boys Tennis Player of the Year Josh Raab, a Tennessee commit, and have newcomer Ben Koch, an LSU commit. Both are ranked in the top 25 in the nation for the class of 2020 according to the Tennis Recruiting Network, and along with Carrington Cruickshank, Dalton Miller and Ryan Raugh, should help the Eagles compete for a region championship.

Woodstock returns the Onufrock brothers — Tyler, a junior, and Ben, a sophomore — who will lead the Wolverines’ singles rotation along with Owen Wenzel. Ben Onufrock will likely play No. 1 and attempt to lead a relatively young team back to the state playoffs.

Creekview and River Ridge both advanced to the Class AAAAAA state playoffs last year and have high hopes for 2020.

Creekview coach Ed Walker said this year’s team could be the best during his six-year tenure, and first-year River Ridge coach Brandon Smith said he is excited to begin building with the Knights after spending the last three seasons at Cambridge.

There is optimism for Cherokee and Sequoyah as well as both programs will field junior varsity boys teams for the first time in a number of years. Cherokee will likely rely on senior Grant Head and sophomore Landon Bennett, while seniors Cameron Parker and Landon Girle will likely lead Sequoyah.

Cherokee, Etowah and Woodstock will likely be competing with Walton for the Region 4AAAAAAA championship, while Harrison will likely be the biggest challenge within Region 6AAAAAA for Creekview, River Ridge and Sequoyah.

Around the net: “Last season, we had a lot of new faces who were new to tennis,” Wegrzyn said. “Going into their second season, they have shown a lot of growth in their tennis game. For the first time since I took over the boys team, we are able to put together a junior varsity team, which will help develop talent before they get to the varsity level. While we are still a young team, I expect to be more competitive this year.”

Last year: 12-7, second place in region 6AAAAAA; eliminated in the second round of state playoffs.

Around the net: “We are very excited about the tennis team this year,” Walker said. “This will most likely be our best team since I have been coaching here. We will have a tough fight within region between Harrison and River Ridge, and we are expecting to make a deep run at state. Our overall talent level is better than last year, and if the three graduating seniors provide leadership and positive influences, our program should reach expectations.

Last year: 8-14, finished fourth in Region 4AAAAAAA; eliminated in the second round of the state playoffs.

Around the net: “Our expectations are always high at Etowah, as they are with every team in our region,” Pierson said. “We have a good mix of experience and youth this year. If our young players are able to contribute the way they are capable of, we have a chance to be very successful this year.”

Last year: Finished fourth in Region 6AAAAAA, eliminated in the first round of state playoffs.

Around the net: “I could not be more excited for this upcoming season,” Smith said. “Having only known these guys for a short while, they have an excitement about them. The team has a lot of youth (seven sophomores and one freshman), but there are some strong leaders in the older guys who set good examples. The guys are working hard to start the season, and I can’t wait to see their growth.”

Last year: Lost in the first round of Region 6AAAAAA tournament

Around the net: “This is my first year coaching Sequoyah, and I’m looking forward to building a competitive program with a great group of players,” Van Hout said. “This is the first time in many years that Sequoyah has a junior varsity boys team. I am super excited for what the future holds for the Sequoyah tennis program.”

Last year: 13-9, finished third in Region 4AAAAAAA; eliminated in the sweet 16 of the state playoffs.

Around the net: “(Former coach) Josh Smerker left big shoes to fill with the varsity boys program at Woodstock,” Wallace said. “We hope to build on that foundation and make Woodstock a recognized name in tennis. We know we play in arguably the strongest region in the state, and we certainly respect all the teams in our region. However, if my players just accept that we cannot win a region championship, then that is unacceptable to me.”