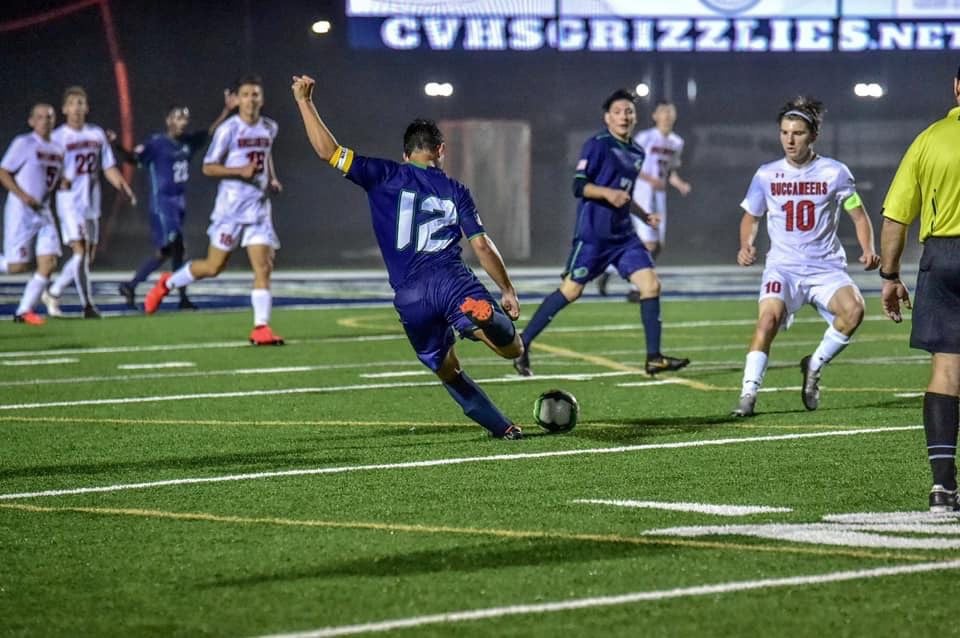 Creekview senior Tyler Stevens takes a shot during the Grizzlies 1-0 win over West Forsyth on Tuesday. 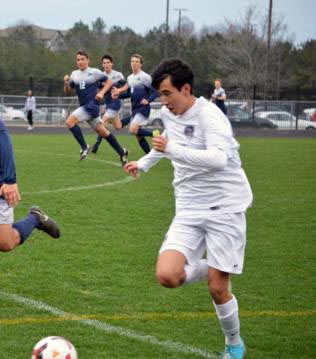 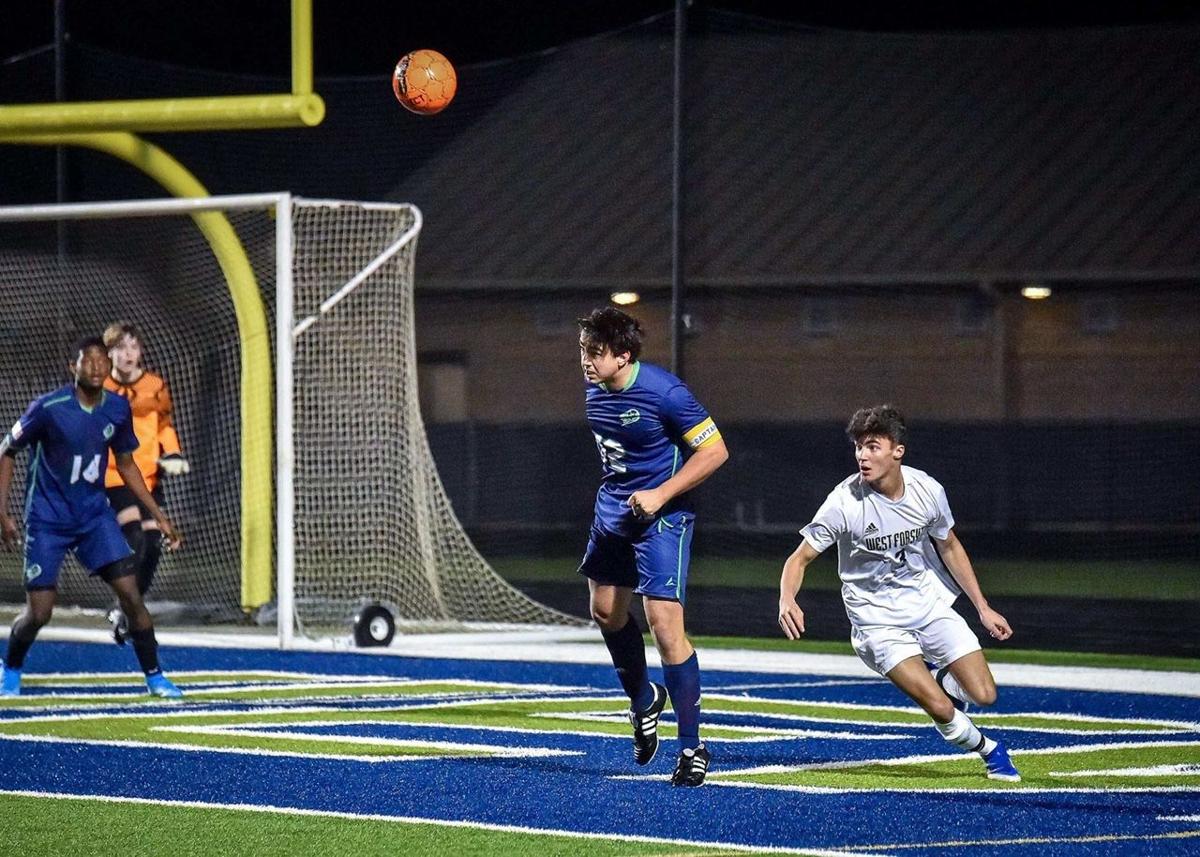 Creekview senior Tyler Stevens takes a shot during the Grizzlies 1-0 win over West Forsyth on Tuesday.

After a 2019 season in which only one team finished with a winning record, hopes are renewed for the boys soccer programs in Cherokee County.

Etowah, the lone county team to make the state playoffs, returns a strong senior class after finishing third in Region 4AAAAAAA behind Lassiter and Walton.

Robert Holman returns for his sixth season as coach, and Andres Jorquera is back after a junior season in which he scored 14 goals and added five assists while being named all-county.

Seniors Sebastian Lopez and Bryce Jeffrey, along with junior Eli Stout will be expected to control the midfield, while senior Alan Villalobos will join Jorquera at the forward position. Freshmen Carson Allen and Dru Moore will also have an opportunity to contribute.

The Eagles have started slow so far this season, with a 3-1 loss to North Paulding in a scrimmage and a 4-2 overtime loss to Pebblebrook, but Jorquera picked up right where he left off by scoring all three goals so far.

The Wolverines’ back line will be consist of seniors Andrew Casseri, Aaron Mallory, Vincent Palmese and Jacob Pratt. Juniors Calvin Tressler and Ryan Utley, along with sophomores Klajdi Hoxhaj and Jeremey Martinez should make up the midfield.

Cherokee finished at the bottom of the region last season, but hopes are high after an 8-1 scrimmage win over East Paulding last week. First-year coach Jarrett McCall is enthusiastic about the Warriors’ prospects and will likely rely on seniors Grayson Turner and Thomas Cuomo to anchor the backline. Beto and Erik Peinado should lead the midfield.

Creekview, River Ridge and Sequoyah finished as the bottom three teams last season in Region 6AAAAAA, one of the toughest region in the state. Dalton won the region and finished undefeated as state champion while ranking as the No. 1 team in the country by multiple publications.

Creekview has a number of seniors returning for Shawn McClellan, who is entering his 13th season as coach. Luis Perez and Carlos Sanchez will likely generate a majority of the offensive chances while Kendrick Jean, Logan LeSueur and Dylan Stevens should anchor the back line.

Stevens was an all-county selection last season and should be a welcome safety valve in front of freshman goalkeeper Cooper Cherry. The Grizzlies beat defeated Sandy Creek 7-0 in a scrimmage and knocked off West Forsyth 1-0 to open the season.

River Ridge returns a number of players who saw significant playing time last season as underclassmen, while Thomas returns for his second season coaching the Knights. Senior Jorge Andrade will likely lead the back line alongside Erick Rivera and goalkeeper Chris Salazar, both all-county selections as sophomores.

Kyle Richardson scored seven goals and added two assists as a sophomore and should continue to provide a bulk of the scoring opportunities for the Knights alongside fellow junior Sergio Chong and senior midfielder Chileshe Chipumbu.

Sequoyah is another team hoping to take the next step following a season that saw a number of freshmen and sophomores play significant minutes. John Zonin enters his 12th season coaching the Chiefs and will likely rely on juniors Daryn Roberts, Kevin Ruiz and Steven Zurita to lead this year’s team along with senior Jake Locklear.

On the sideline: “As the new head coach of the program, I’m simply looking to win and build a solid foundation to last us into the future,” McCall said. “I have plenty of returning upper-classmen that are extremely talented, as well as a solid core of young blood coming in. They’re passionate and looking forward to giving their all this season.”

On the sideline: “We struggled last year, however we expect to turn it around with our senior-laden squad that is focused on making the state playoffs,” McClellan said. “It will be a challenge as Region 6-AAAAAA is one of the more difficult regions in the state, however the team believes this first goal is obtainable.”

Last year: 8-7-2, 3-3 in Region 4AAAAAAA; eliminated in the first round of the state playoffs.

On the sideline: “The 2020 version of the River Ridge Varsity Boys Soccer team has a ton of Varsity experience,” Thomas said. “All but one of our six seniors were on varsity last season. All eight juniors are returning varsity players as are all eight sophomores. Hopefully, we can use our experience to do a better job of navigating a very difficult region this season.”

On the sideline: “I expect our team to improve as the season progresses,” Cochran said. “We expect to reach new heights in the Woodstock boys soccer program. Our goal is to get better everyday and see where it takes the team. I am excited about our team this year.”