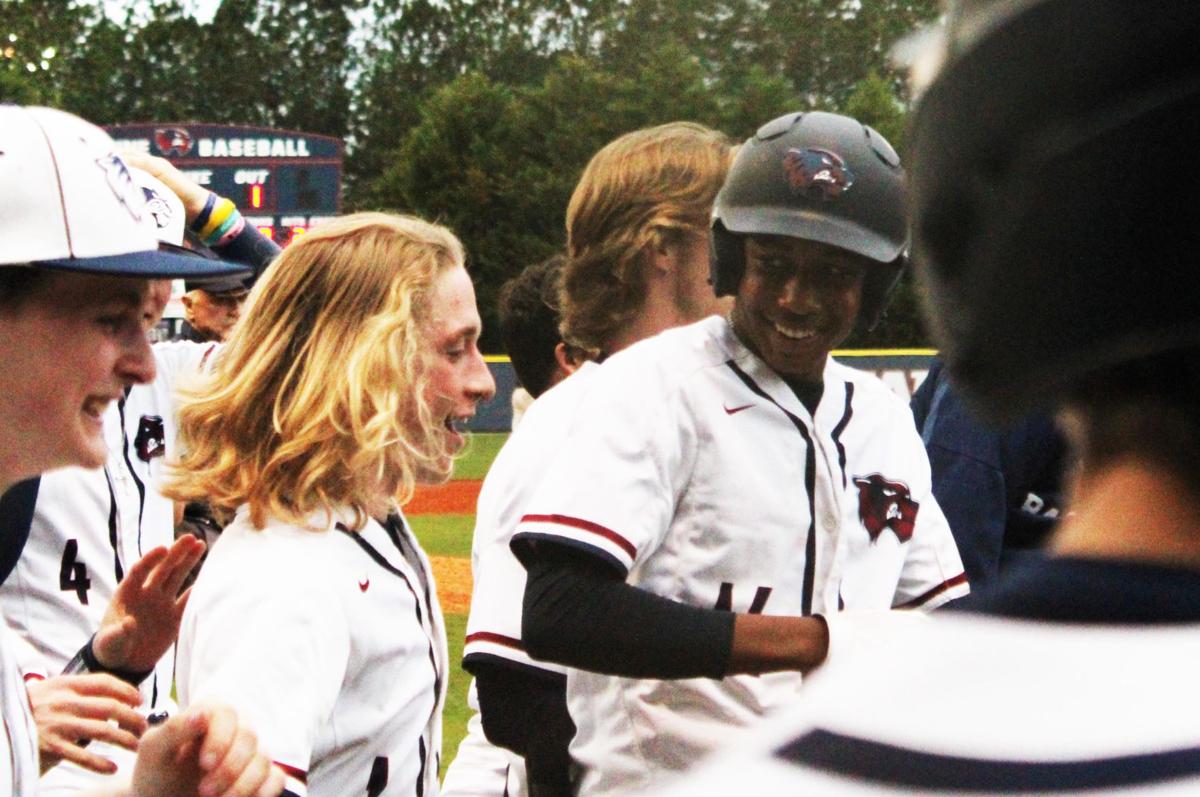 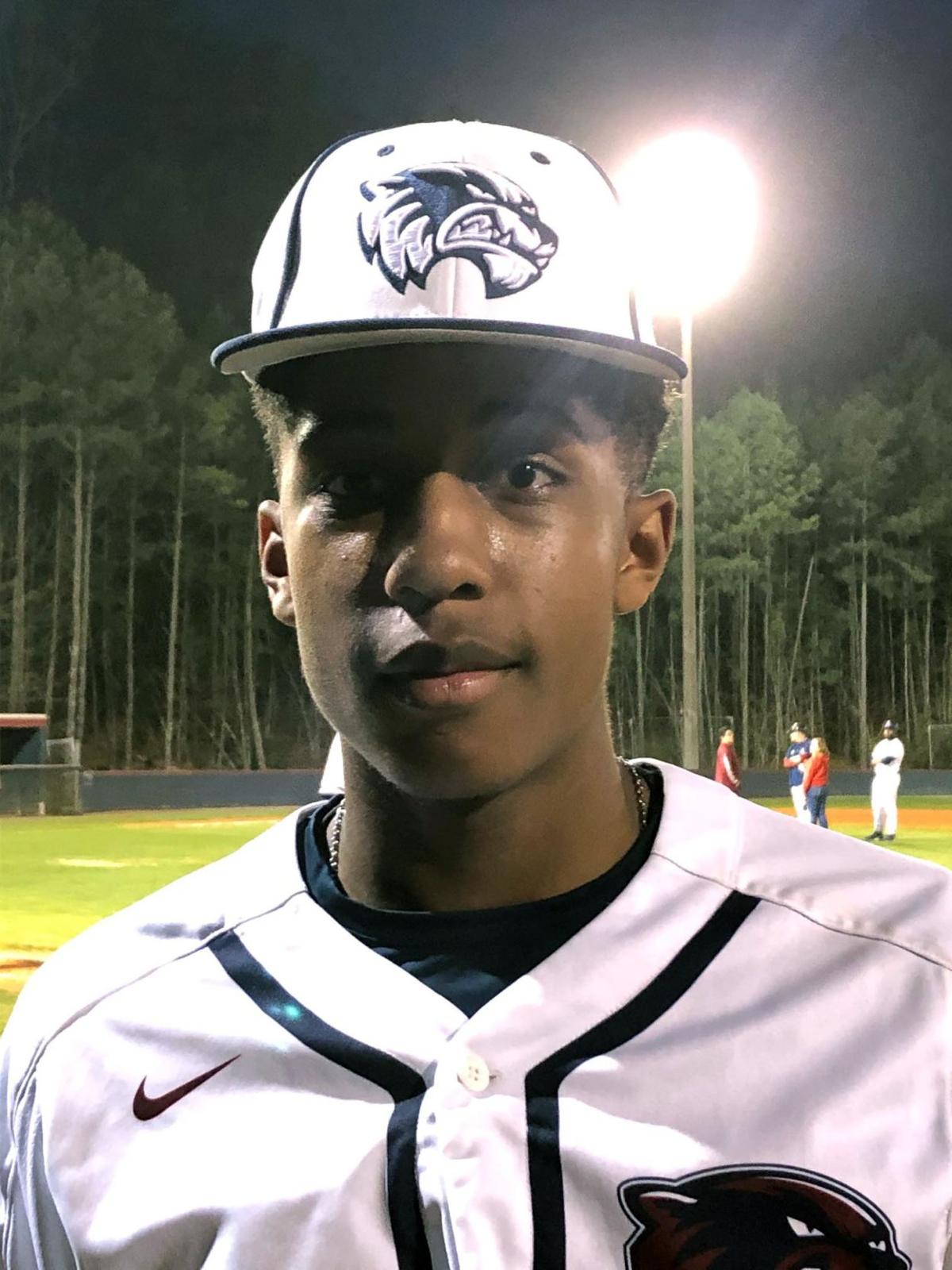 Kameron Douglas finished 2-for-3 with a home run and two RBIs in Woodstock's win over Lassiter on Tuesday night in Woodstock. 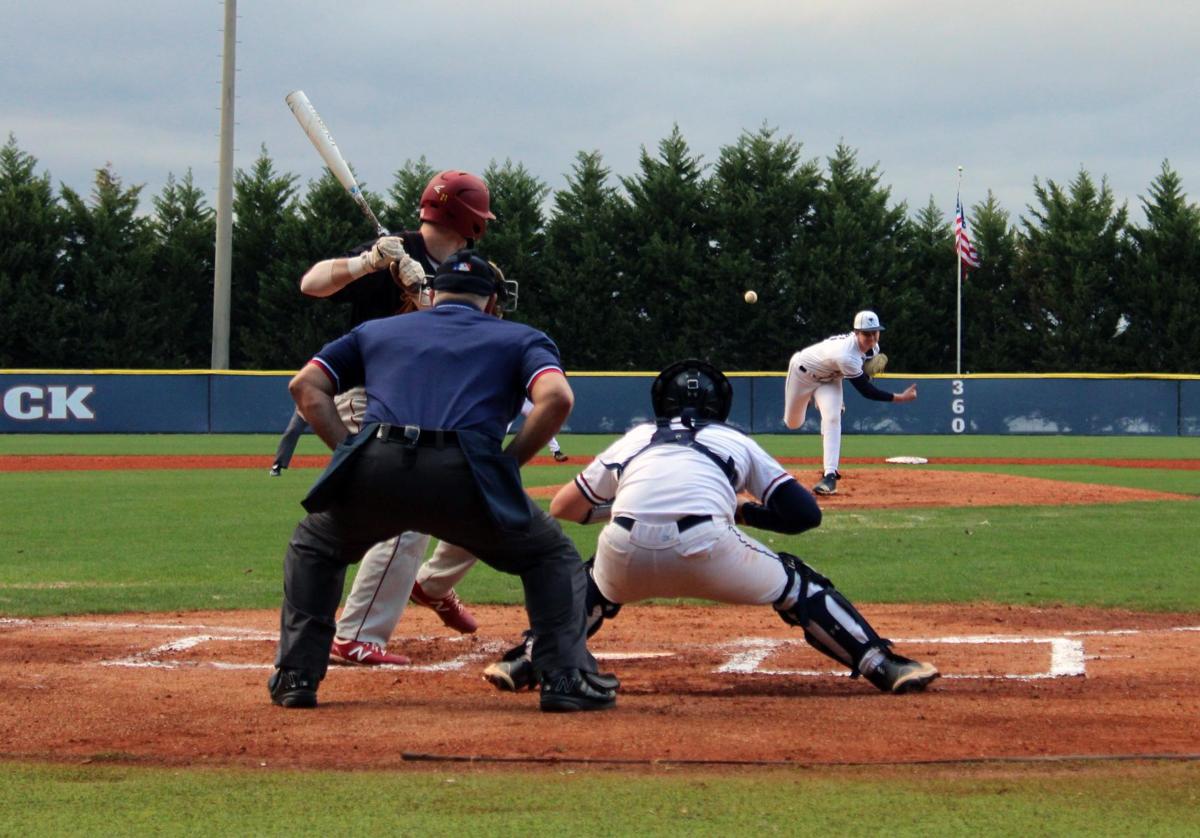 Woodstock junior Blake Aita, on the mound, earned the win over Lassiter on Tuesday night in Woodstock. 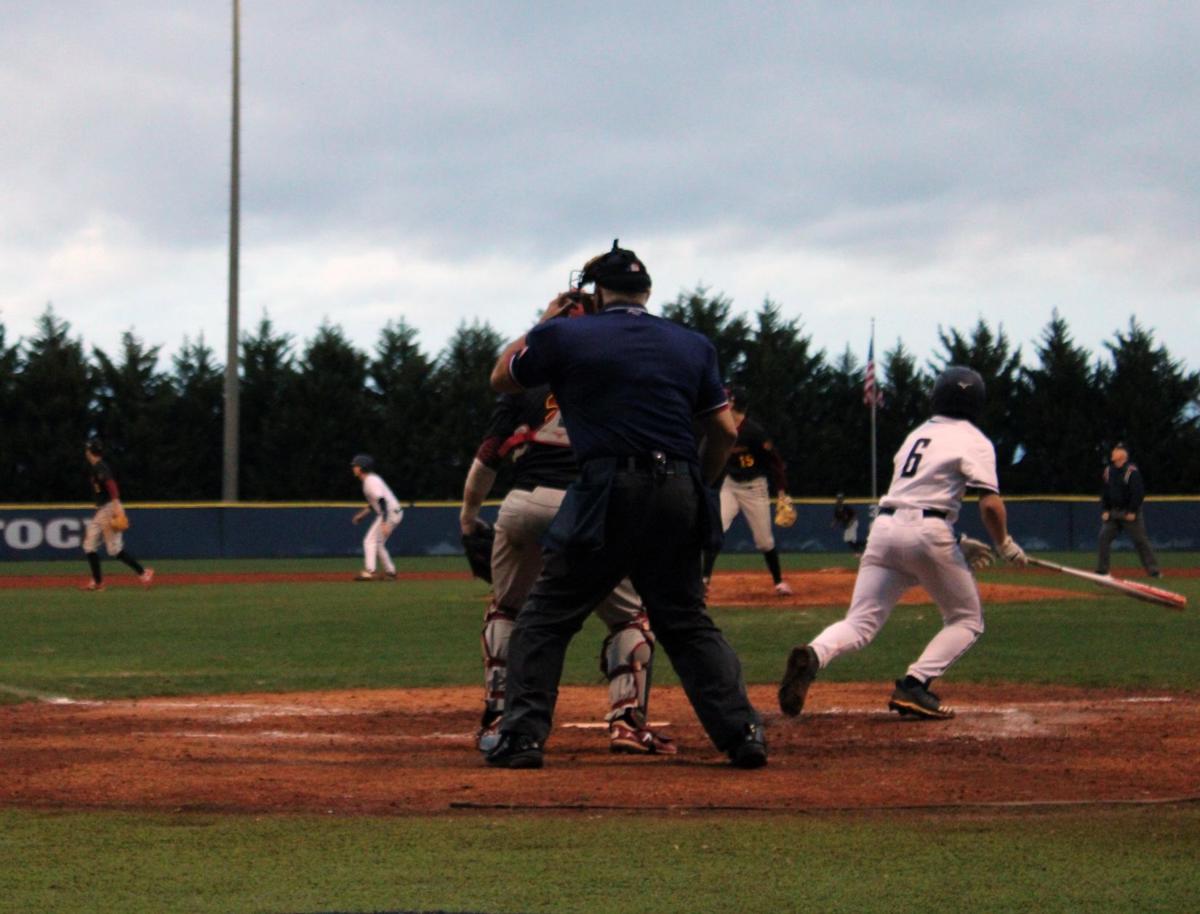 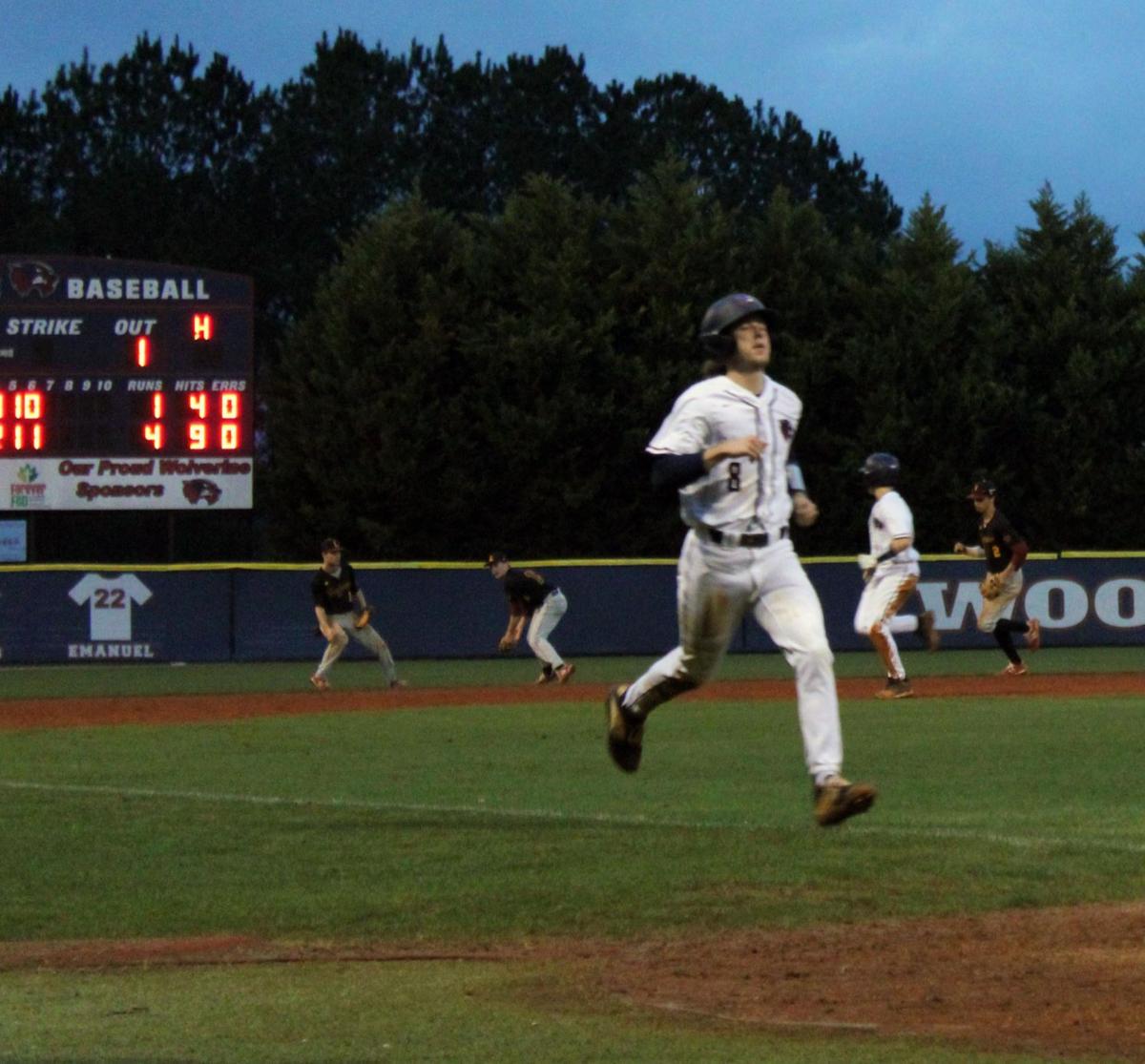 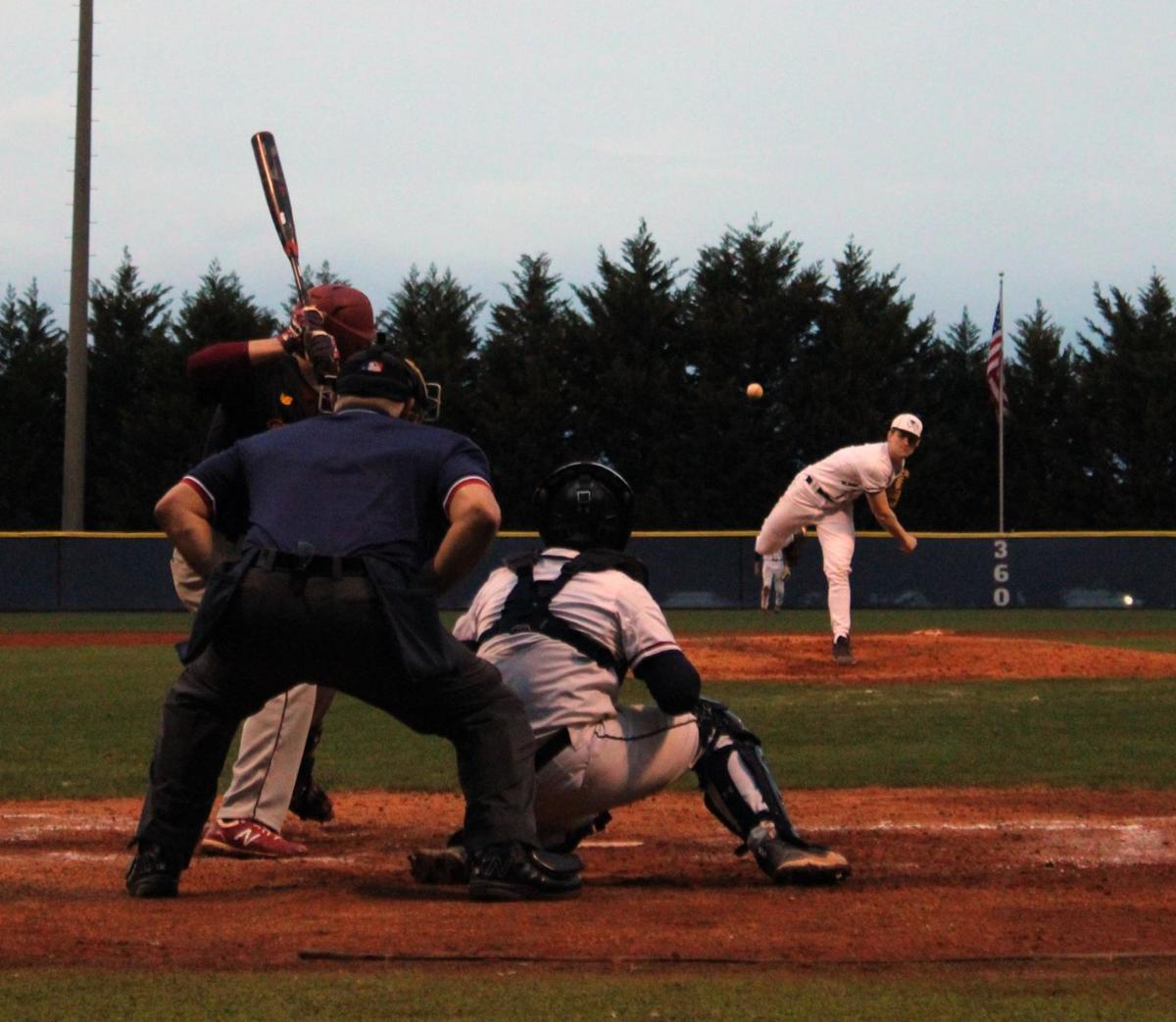 Woodstock senior Max Parman pitched a perfect two and 2/3 innings to earn the save on Tuesday night against Lassiter. 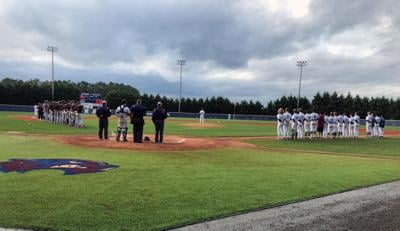 Kameron Douglas finished 2-for-3 with a home run and two RBIs in Woodstock's win over Lassiter on Tuesday night in Woodstock.

Woodstock junior Blake Aita, on the mound, earned the win over Lassiter on Tuesday night in Woodstock.

Woodstock senior Max Parman pitched a perfect two and 2/3 innings to earn the save on Tuesday night against Lassiter.

WOODSTOCK — It looked as if Tuesday night’s game would between Woodstock and Lassiter would come down to a single play, but underclassmen came around to spark the Wolverines’ offense.

Sophomore Kameron Douglas took a 1-2 pitch over the fence in left-center for a two-run home run in the bottom of the fourth inning, igniting Woodstock’s offense in a 9-1 win over Lassiter.

The Wolverines (10-3, 1-0 Region 4AAAAAAA) broke the game open in the bottom of the sixth inning with six runs and cruised to victory to open a three-game series with Lassiter (4-9, 0-1). The second and third games were set to be played Friday at Lassiter beginning at 5:30 p.m.

Douglas finished 2-for-3 with a home run, double, two runs scored and two RBIs. His fourth-inning homer was the first of his career.

“It was a slider and, on that pitch, I was just thinking to make contact,” Douglas said. “It felt good and it was very energetic. I was pumped up about that one. I knew it was gone when I hit it.”

Lassiter cut Woodstock’s lead to 2-1 in the next inning when Adam Love drove in Bradley Frye with an RBI single, but that was all the offense the Trojans could muster.

Woodstock starter Blake Aita earned the win, pitching out of bases-loaded jam in the top of the first inning, and finished with 4 2/3 innings, allowing three hits, four walks, one earned run and striking out two.

“In Blake’s last start, we gave up a three-spot in the first inning,” Woodstock coach Jeff Brown said. “We made a mistake on defense, let that affect us, and then we made a couple bad pitches and ended up giving up three runs that shouldn’t have happened.

“This was a perfect learning situation for him tonight because he was in that same situation last time out. It was really good to see how he was able to make the adjustment and make the big pitches when he needed it.”

Max Parman earned the save, pitching the final 2 1/3 innings, allowing no hits and one walk while striking out one.

“Max came in and did his job, which is what he’s been doing all year,” Brown said. “It was awesome to tack on those extra runs, though, for a little more breathing room there at the end.”

Woodstock added one run in the bottom of the fifth, but it was the next inning where the Wolverines cemented the victory. Douglas led off with a double and was followed by D.J. Fevola, who drove in Douglas with a double of his own.

Fevola finished 3-for-3 with one run scored and one RBI.

A bunt single by Preiser followed by a walk of Preston Gunnell loaded the bases before Peck cleared them with a two-run double. Gunnell scored on a throwing error.

Cooper Torres and David Smigelski each tallied run-scoring hits and Woodstock took a 9-1 lead into the final inning.

Love finished 2-for-2 with one walk and one RBI for Lassiter, while Frye was 1-for-3.

“I thought we finished the game really strong,” Brown said. “Their starter did a good job of mixing pitches and throwing strikes, but we were able to jump on him that second and third time through the order, because we were able to make some adjustments. I’m just proud of the way we closed out the game and didn’t let up when we had that three-run lead.”