WHO warns that 1st wave of pandemic not over; d… 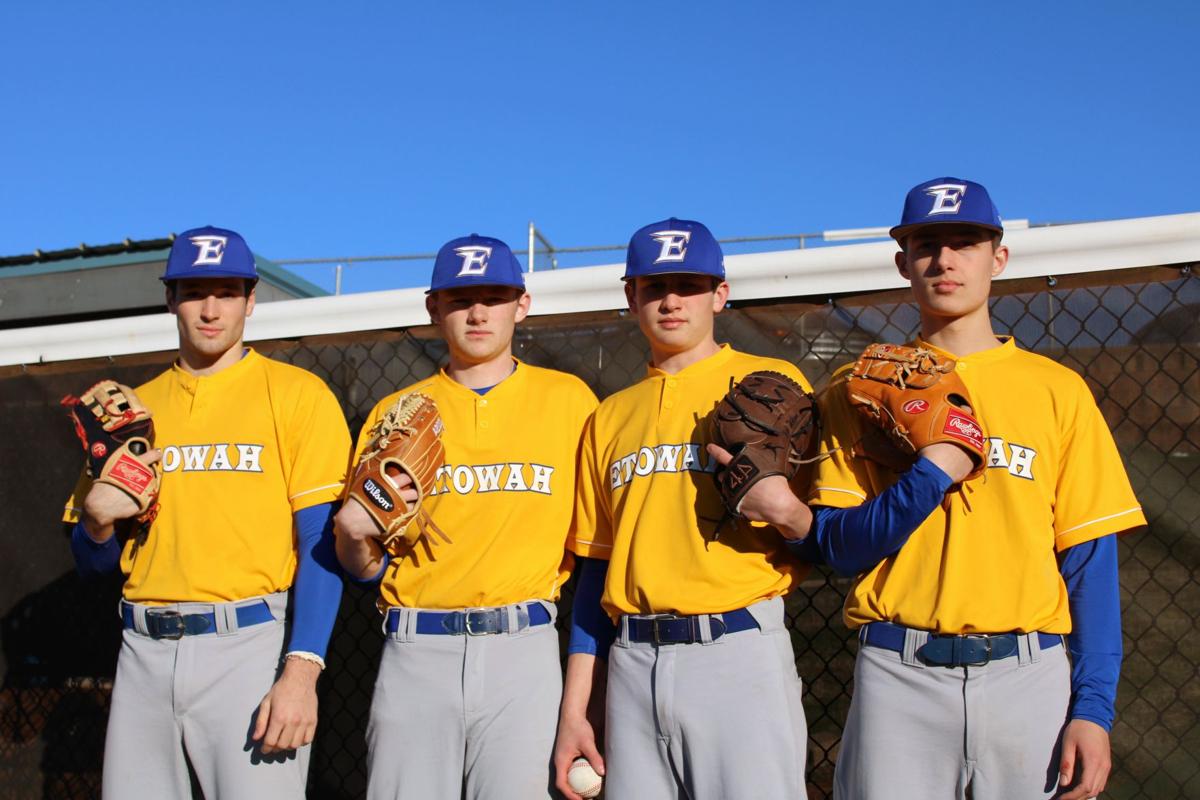 Above: With the quartet of, from left, seniors Michael Sharman, Adam Metivier, Nick Wilson and Blaise Fischer, Etowah is looking to go into the 2020 season with one of the county’s best pitching staffs. Below: Pitcher Brady Caloway is back for Cherokee as the Warriors look to build off a .500 finish in the 2019 season. 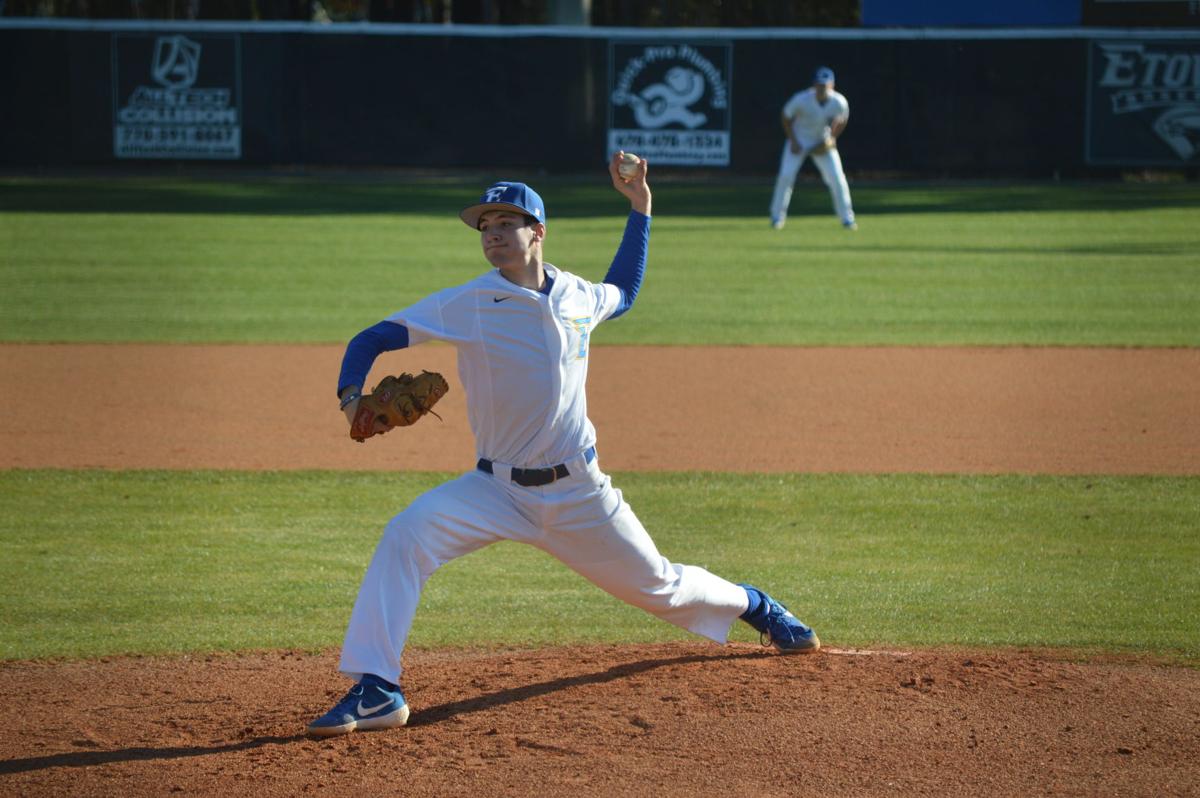 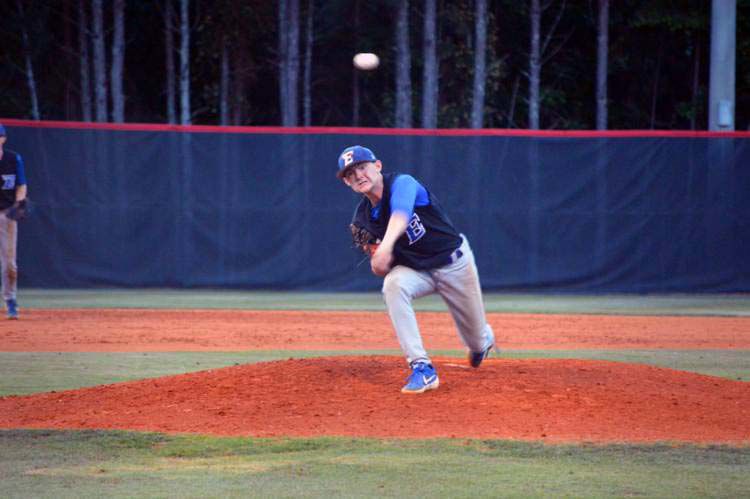 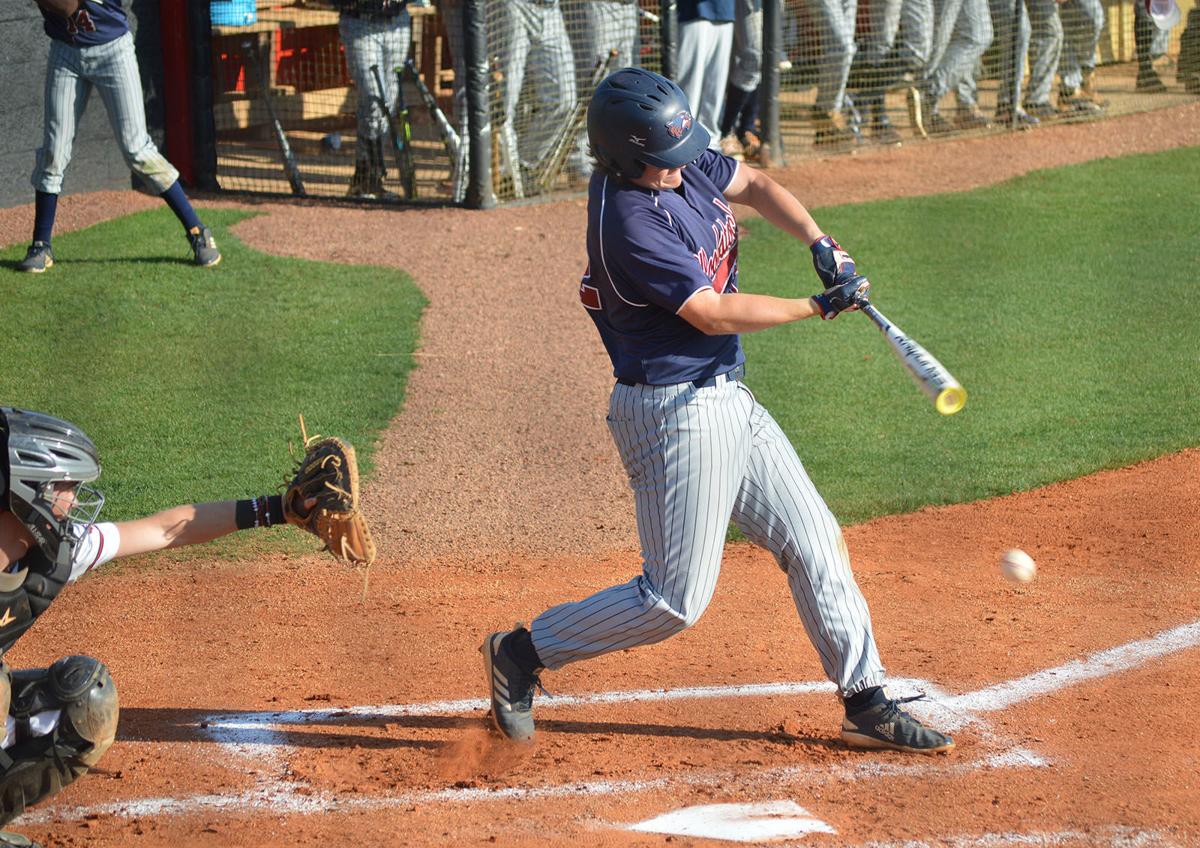 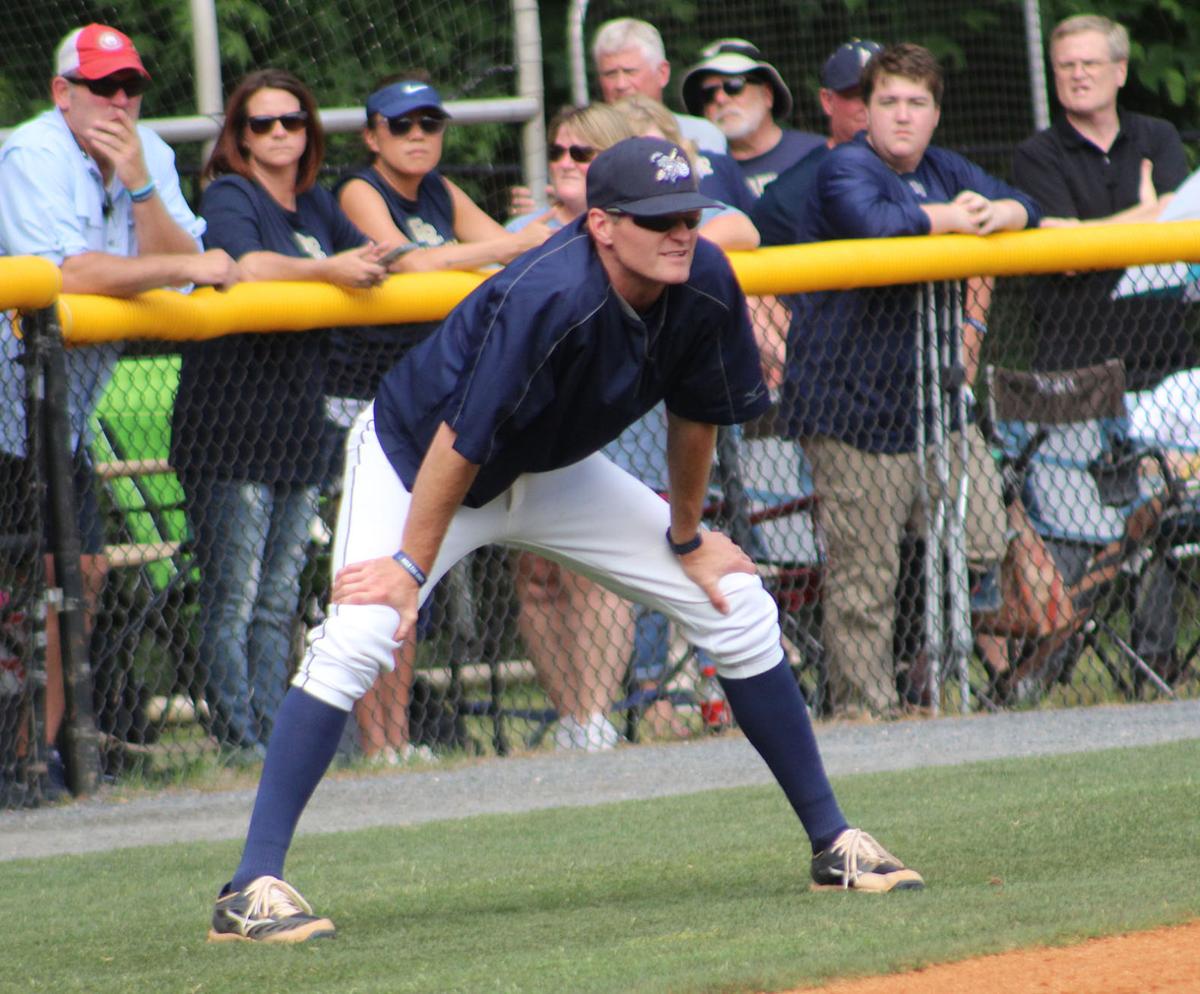 River Ridge coach Scott Bradley looks on during Game 1 against Pope in the state semifinals on May 15, 2018. 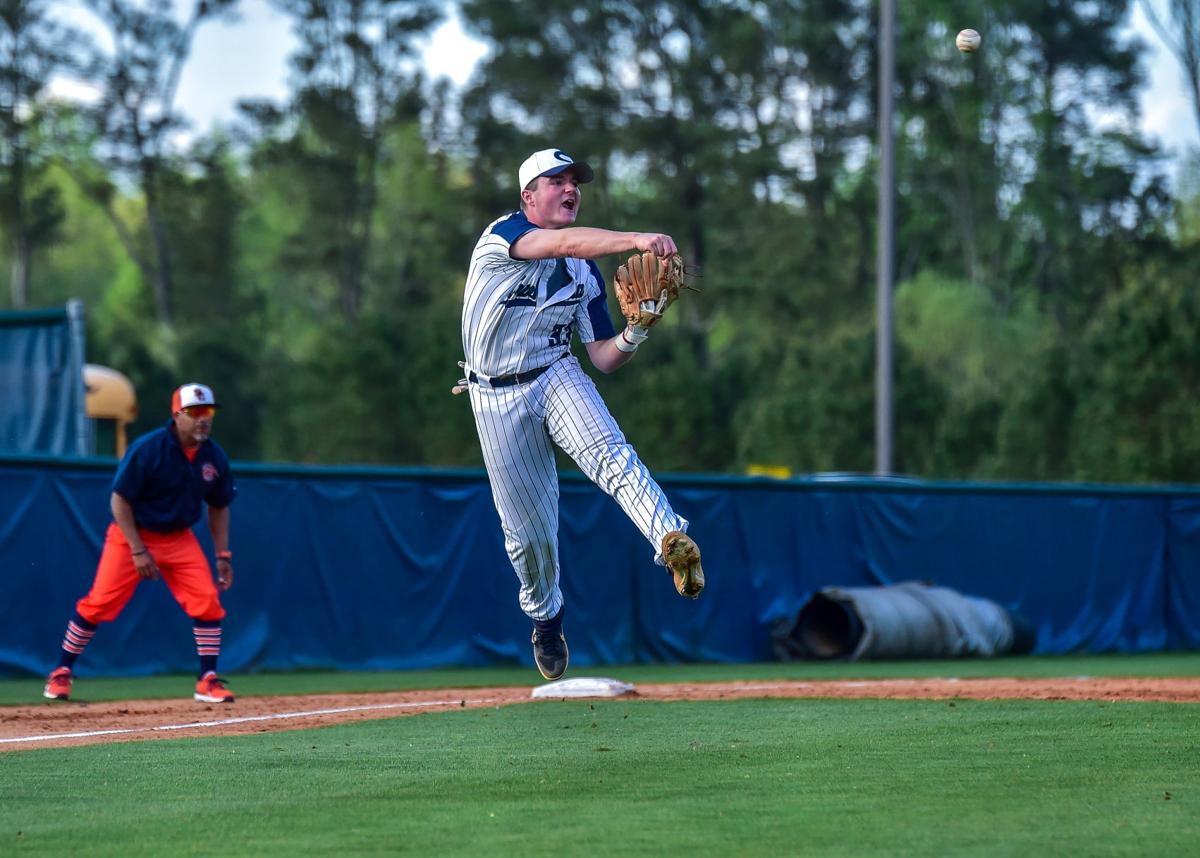 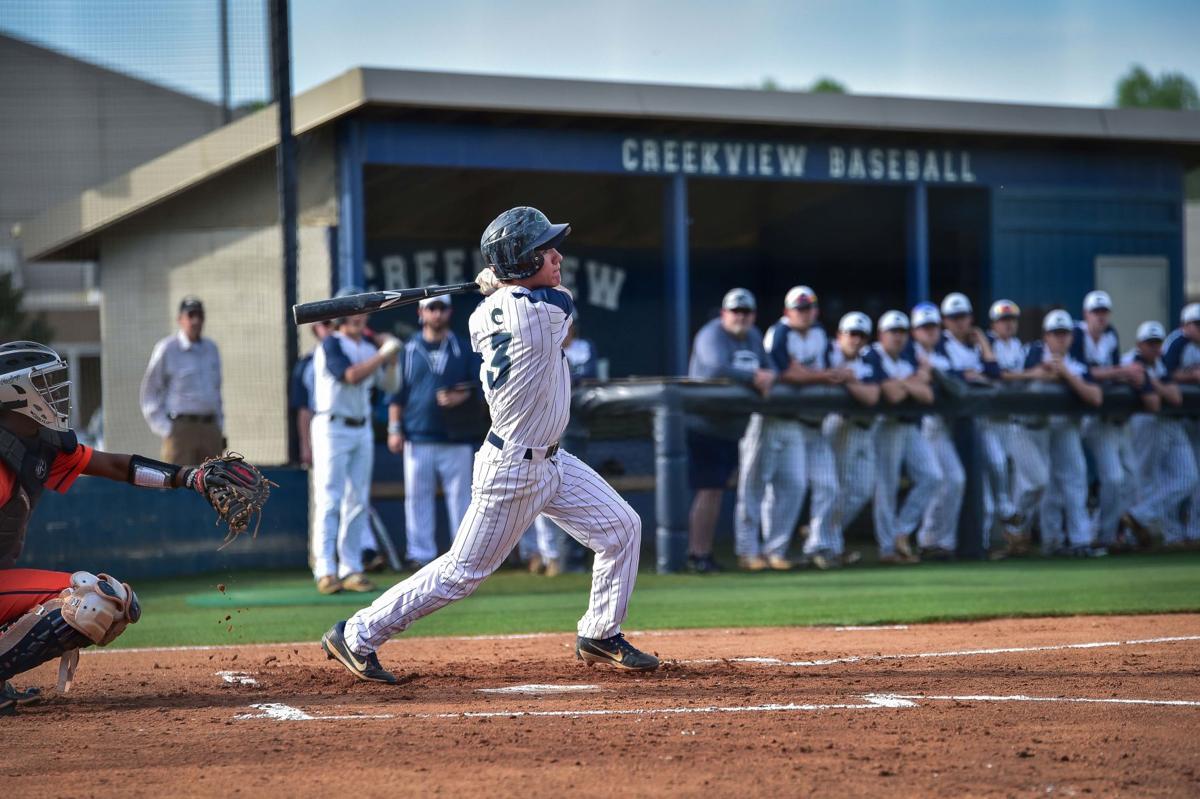 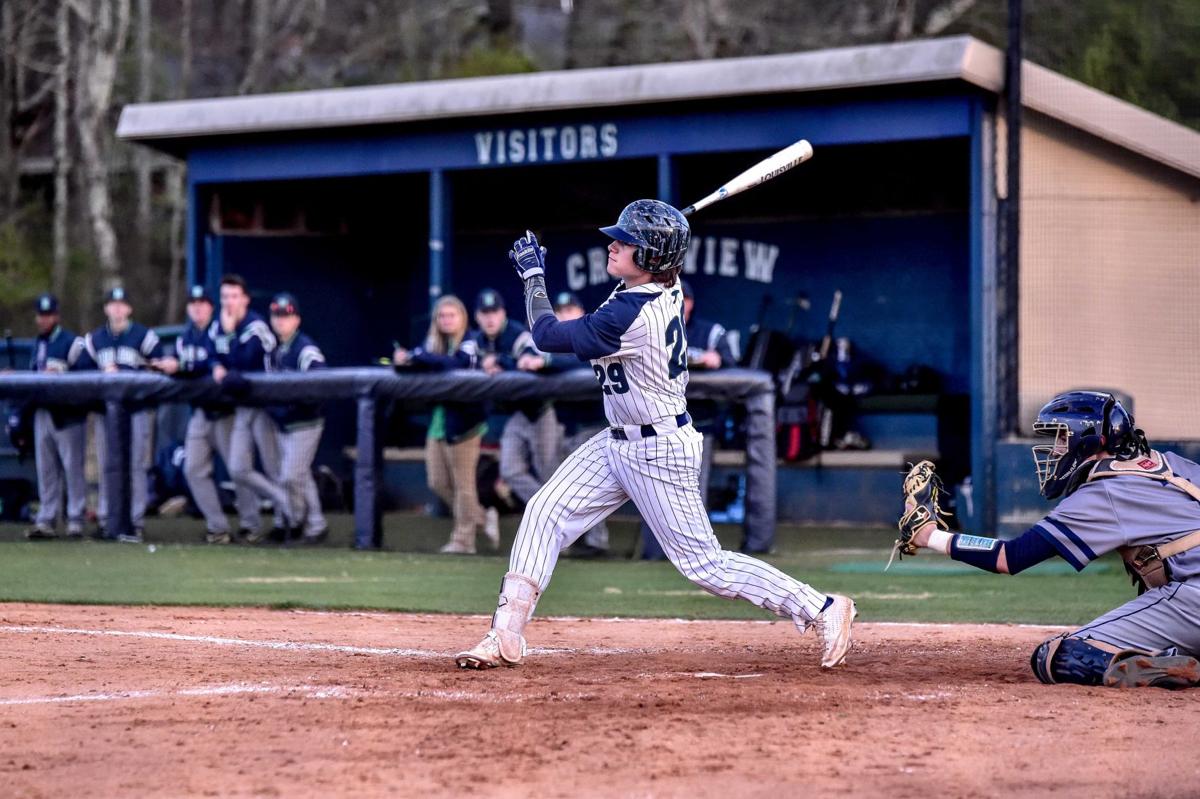 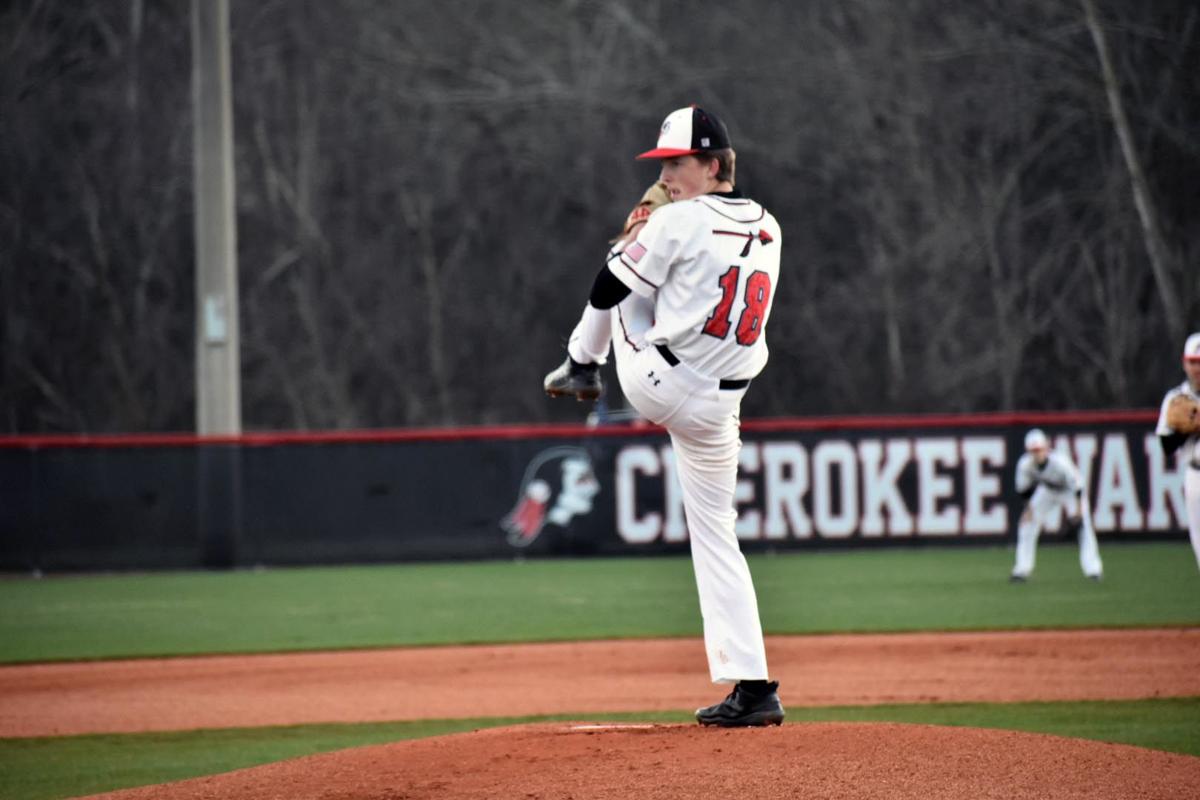 Cherokee senior Brady Caloway will likely be looked to as the team's ace this spring. 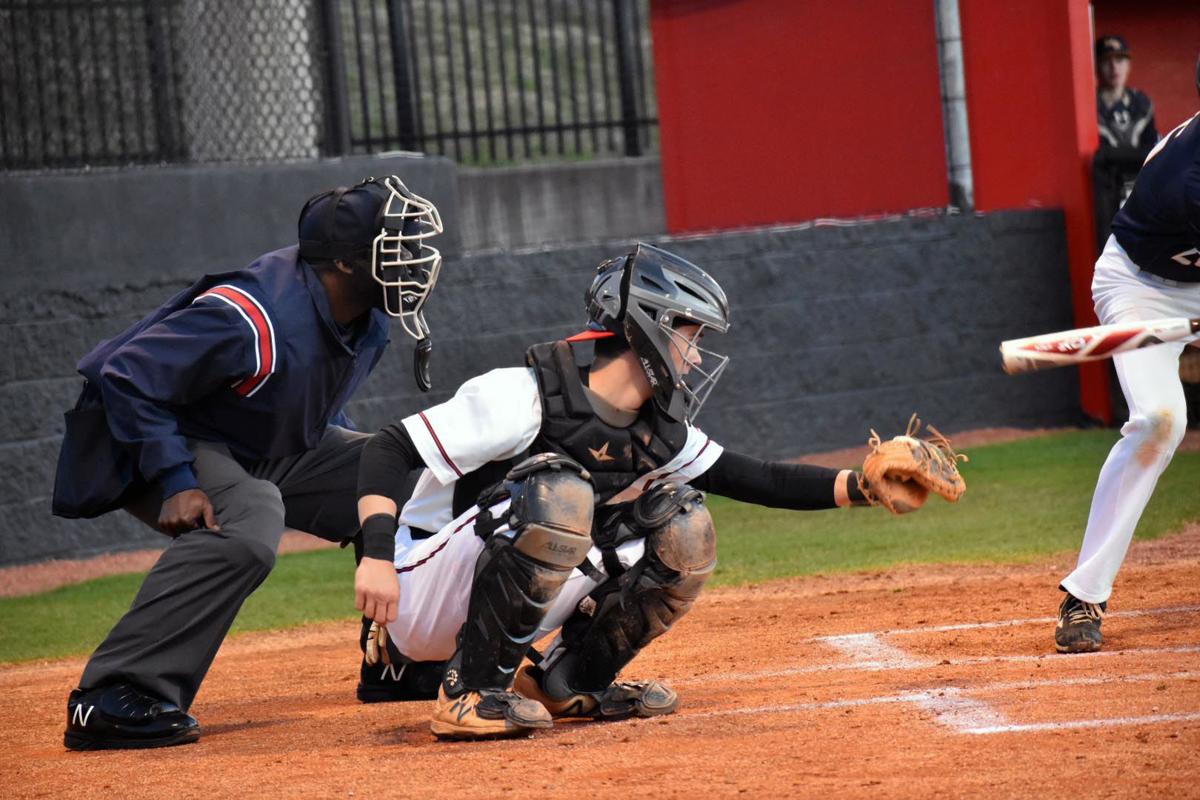 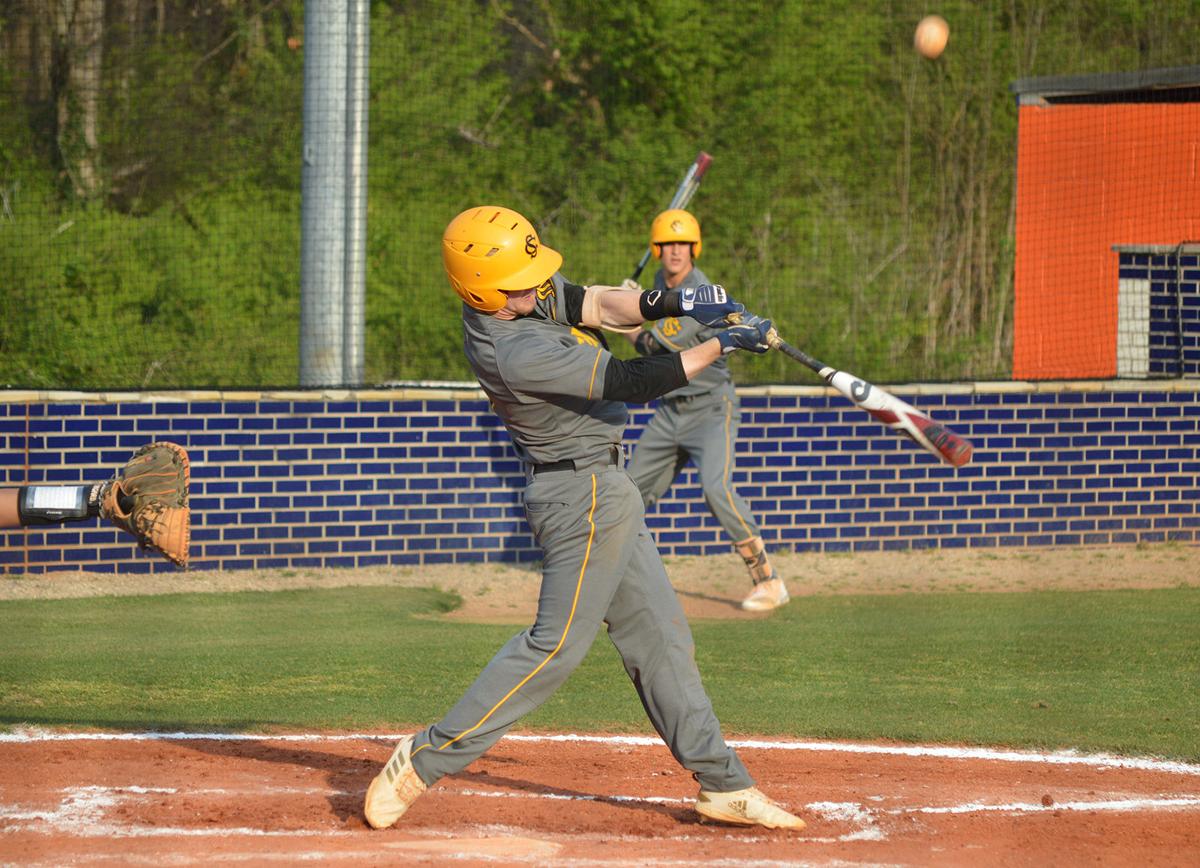 Above: With the quartet of, from left, seniors Michael Sharman, Adam Metivier, Nick Wilson and Blaise Fischer, Etowah is looking to go into the 2020 season with one of the county’s best pitching staffs. Below: Pitcher Brady Caloway is back for Cherokee as the Warriors look to build off a .500 finish in the 2019 season.

Cherokee senior Brady Caloway will likely be looked to as the team's ace this spring.

After four Cherokee County baseball teams advanced to the state playoffs in 2019, a mix of college-bound seniors and underclassmen will lead the charge on the diamond this spring.

Etowah advanced the furthest a season ago, falling to North Gwinnett in three games in the Class AAAAAAA state quarterfinals. The Eagles will need to replace all-county catcher Conor Bowen from last year, but they are returning a deep and talented pitching staff that includes Blaise Fischer (Newberry), Adam Metivier (Georgia College) and Nick Wilson (Georgia Highlands).

Junior Michael Sharman, who has yet to commit to a college, may be the best of the group.

Along with being a key arm in the rotation, Sharman batted .390 with a .476 on-base percentage last season while earning second team all-state honors by Georgia Dugout Preview. He batted third last season and should remain a key cog in the middle of the Eagles’ lineup.

River Ridge and Woodstock each advanced to the second round of the state playoffs last season.

Woodstock, which was eliminated in three games by Hillgrove, and will need to replace three all-county players in Brennan Milone, Josiah Siegel and Spencer Keefe. Returning for the Wolverines will be senior catcher David Smigelski and senior third baseman Colby Cox, who should provide a solid 1-2 punch in the middle of the lineup.

Smigelski earned honorable mention all-state honors by Georgia Dugout Preview last season, and despite the attrition, the Wolverines return six starters in the lineup and nine pitchers with varsity experience to a team that finished 11 games over .500 last year.

River Ridge was eliminated in two games by Winder-Barrow in the second round of the Class AAAAAA state playoffs and will need to replace all-county and all-state honorable mention selections Ethan Anderson and Brandon Smith from last year’s roster.

River Ridge is two seasons removed from a state semifinal appearance and coach Scott Bradley said this year’s freshman class, which includes Jo Cable, A.J. Demastrie and Joseph Rediger, has the potential to be a special group.

Creekview advanced to the playoffs last year and took eventual state champion Pope to three games in the first round before being eliminated by one run in the decisive third game.

Replacing second-team all-state infielder Grant Potts will be important for the Grizzlies, who will have a large cast of newcomers this season. Returning all-region third baseman Josh Wood and outfielder Kyle Johnson both batted better than .350 last season and should find themselves in the middle of the lineup once again.

Replacing the 100 innings pitched were lost to graduation will likely be key for Creekview. Gentry, Hicks and Wood will likely toe the rubber, but coach Mike Nayman said 6-foot-6 junior Heath Clevenger could develop into an ace.

Cherokee, which finished at .500 for the first time in more than a decade last season, returns a number players who gained valuable experience playing as underclassmen.

Sequoyah, which finished 9-17 last season, returns a majority of the starting lineup and pitching staff this spring.

Senior pitcher Colin Koprowski, a Columbus State commit, will likely carry the load on the mound as several new faces will be asked to step in behind him in the rotation. Senior outfielder Austin Tienda was an all-county selection last spring after batting .320 and should bat in the middle of the Chiefs’ lineup along with senior infielder Aaron Hupp, junior catcher Hunter Long and sophomore third baseman Kenky Thomas.

In the dugout: “Last year’s team came extremely close to breaking the over 10-year playoff drought, competing in arguably the toughest region in the state,” Thomas said. “This program still has a lot to prove, but there is a definite buzz around the Warriors.”

In the dugout: “The defense should be sound and the lineup should be relatively solid and be able to score runs,” Nayman said. “It will likely come down to the pitching performance and its depth as well as keeping the core group of payers healthy throughout the year.”

Last year: 24-13, 7-8 in Region 4AAAAAAA; eliminated in the quarterfinals of the state playoffs.

In the dugout: “Replacing three-year starter Connor Bowen behind the plate and outfielders Bryant Madden, Nick Block, and Tyler Frease, along with Ryan Lobus and Jacob Fletcher on the mound are our priority,” Robinson said. “We have the pitching depth to be able to compete in an outstanding region. We play a tough non-region schedule once again to help us prepare for the battles ahead. I like our squad and our men are working hard.”

Last year: 18-15,12-4 in Region 6AAAAAA; eliminated in the second round of the state playoffs.

In the dugout: “We are excited about the group here this year,” Bradley said.”They play with a lot of energy and love to compete. This year’s freshman class is one of the best we have seen since our 2017 class which went 30-7 and took us to the final four as seniors.”

In the dugout: “We are returning seven starters from last season,” Whitley said. “We have the core of our pitching staff coming back from last season and we will be looking for a couple players to take over the starting role on the mound. We should have a strong bullpen to help our starters out.”