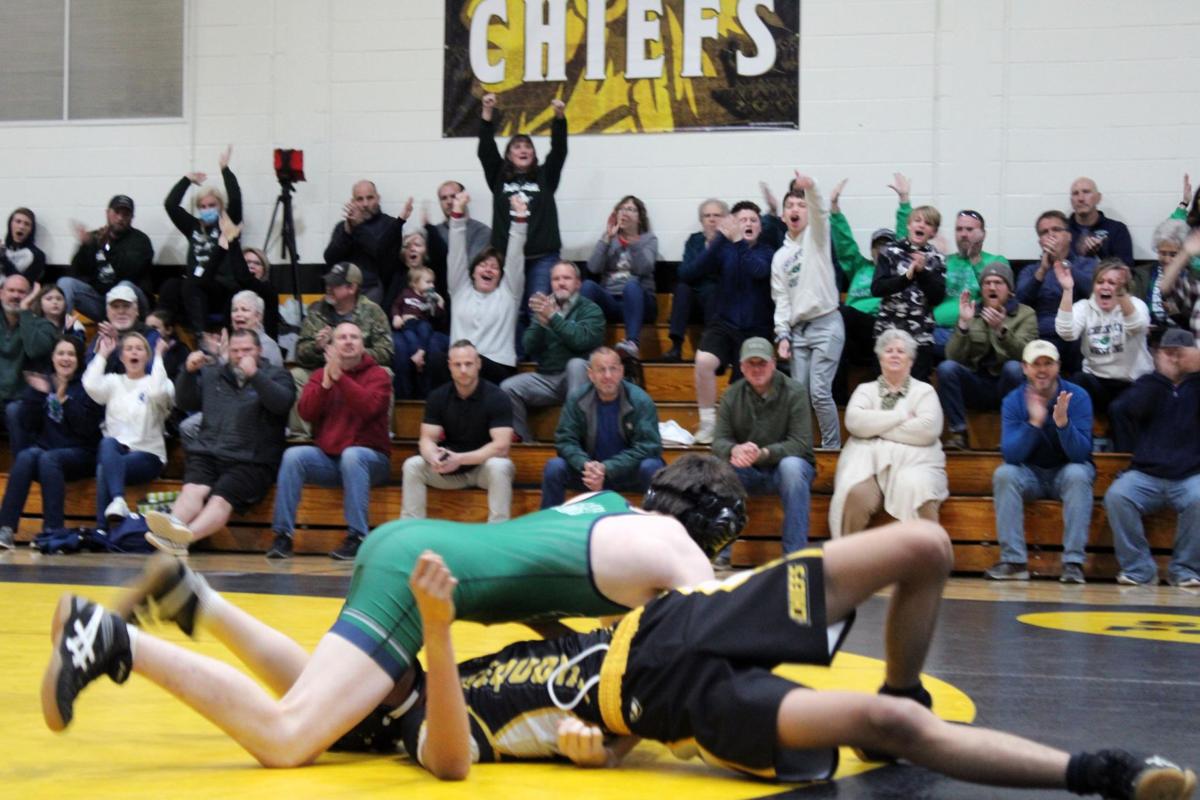 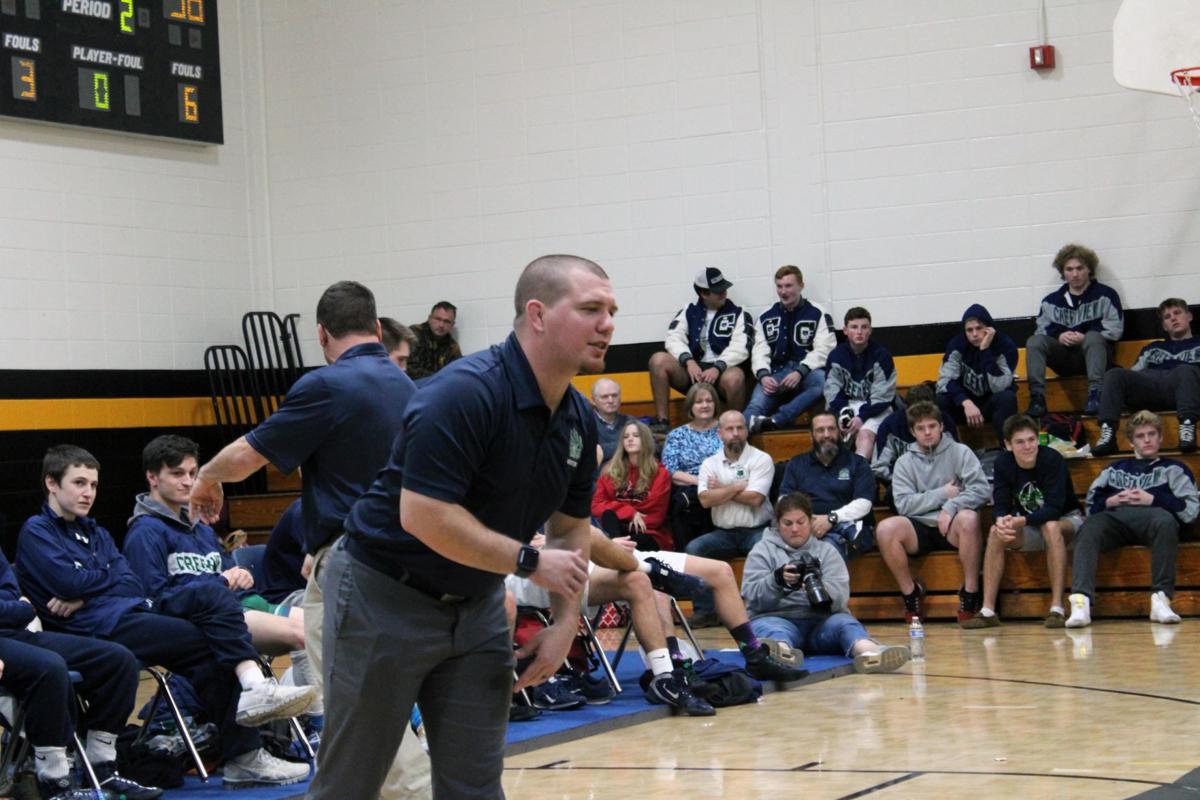 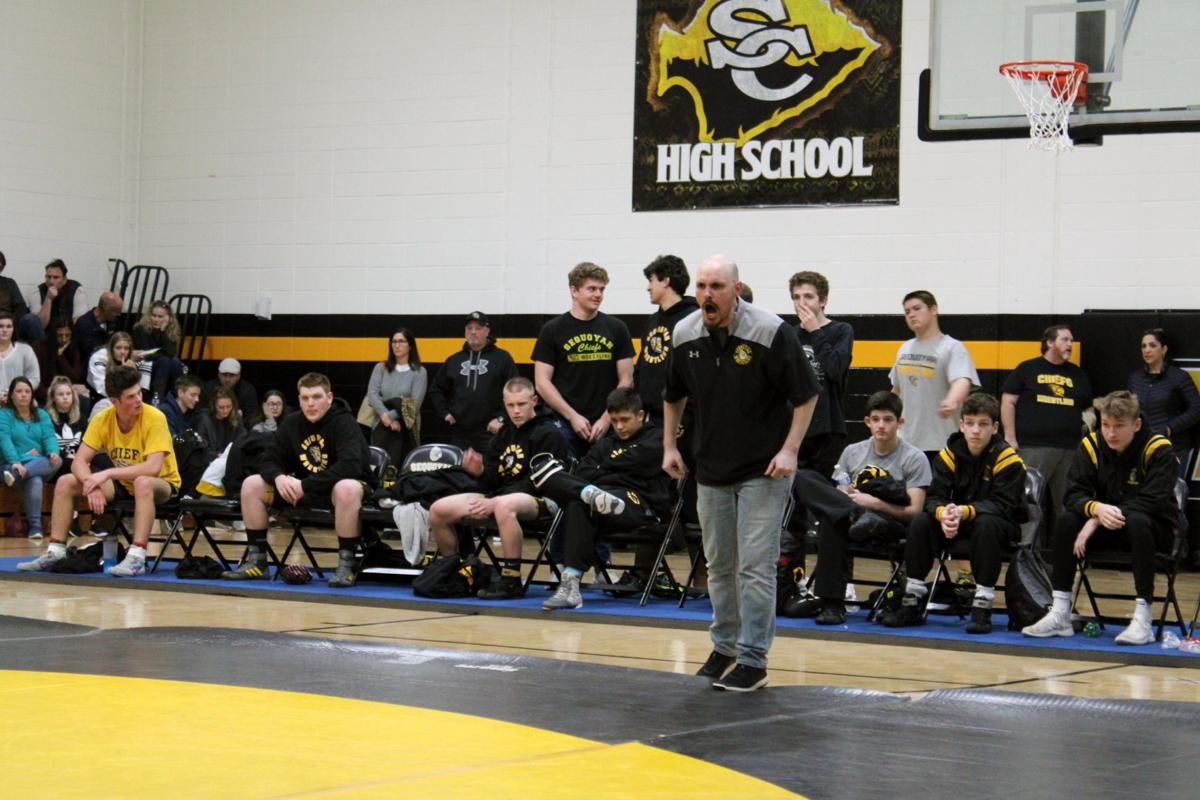 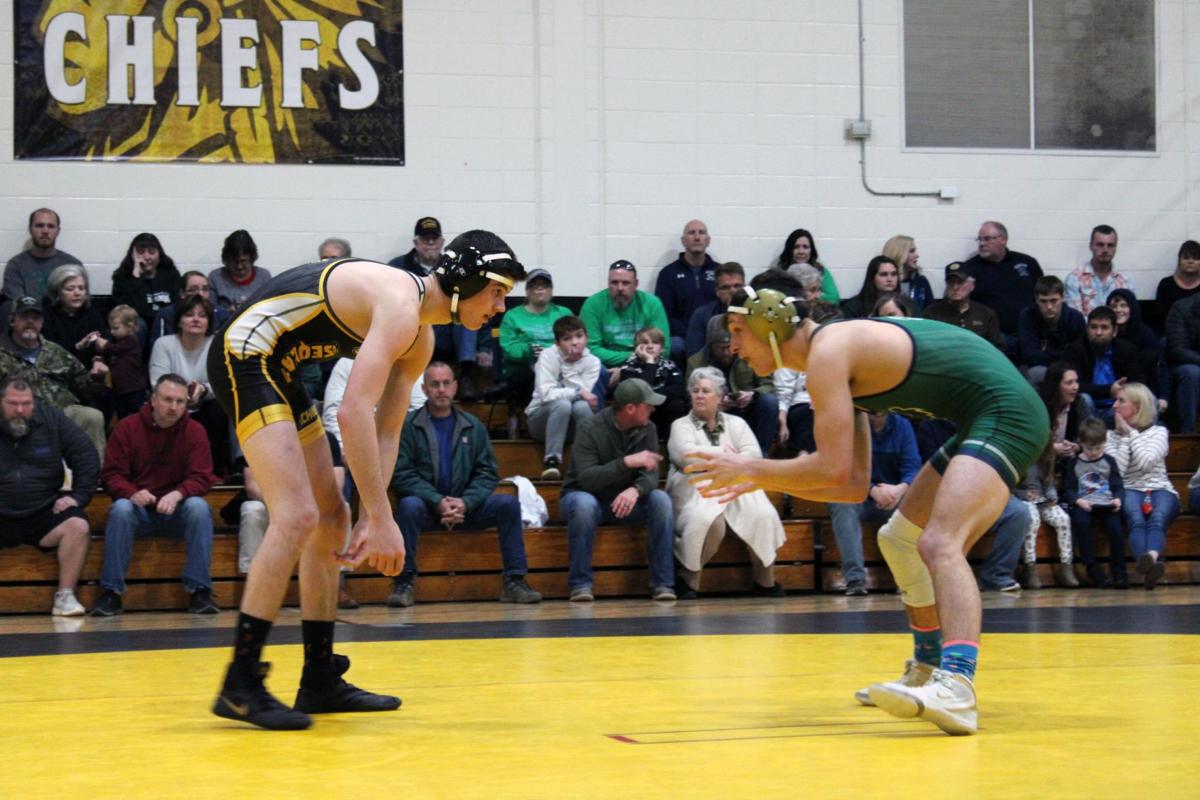 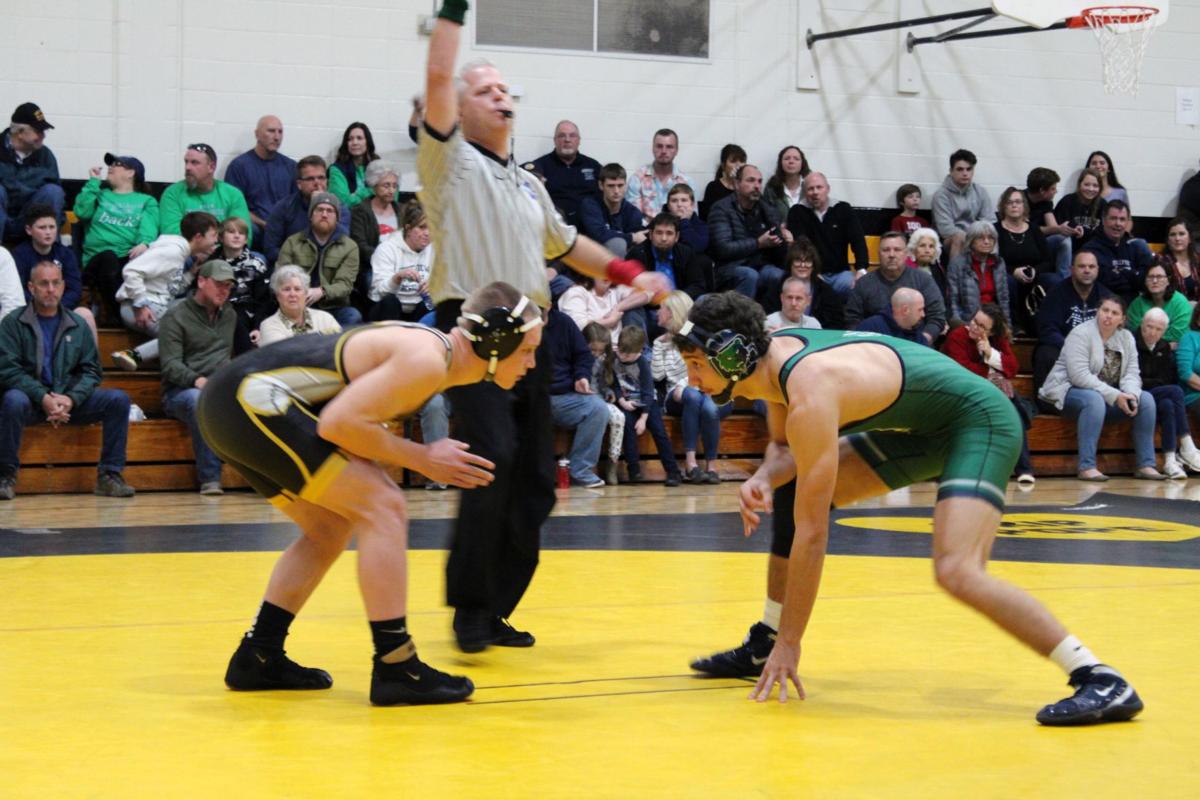 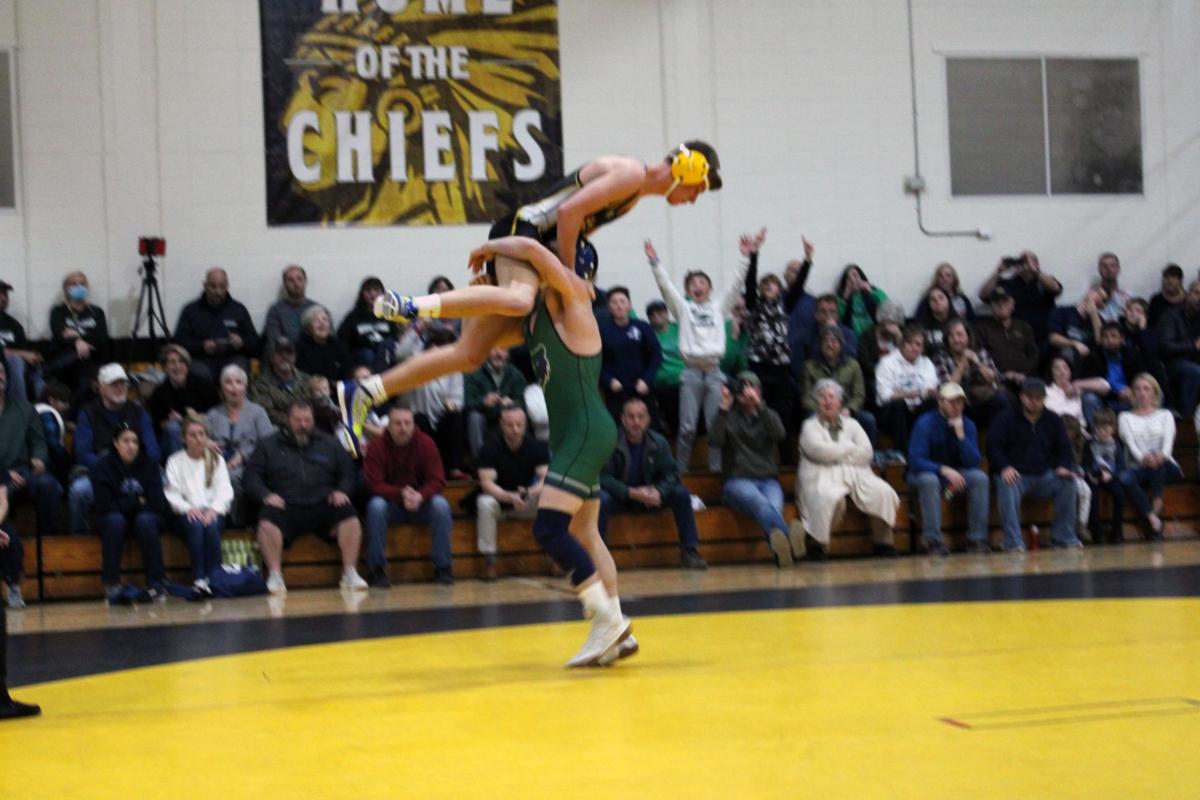 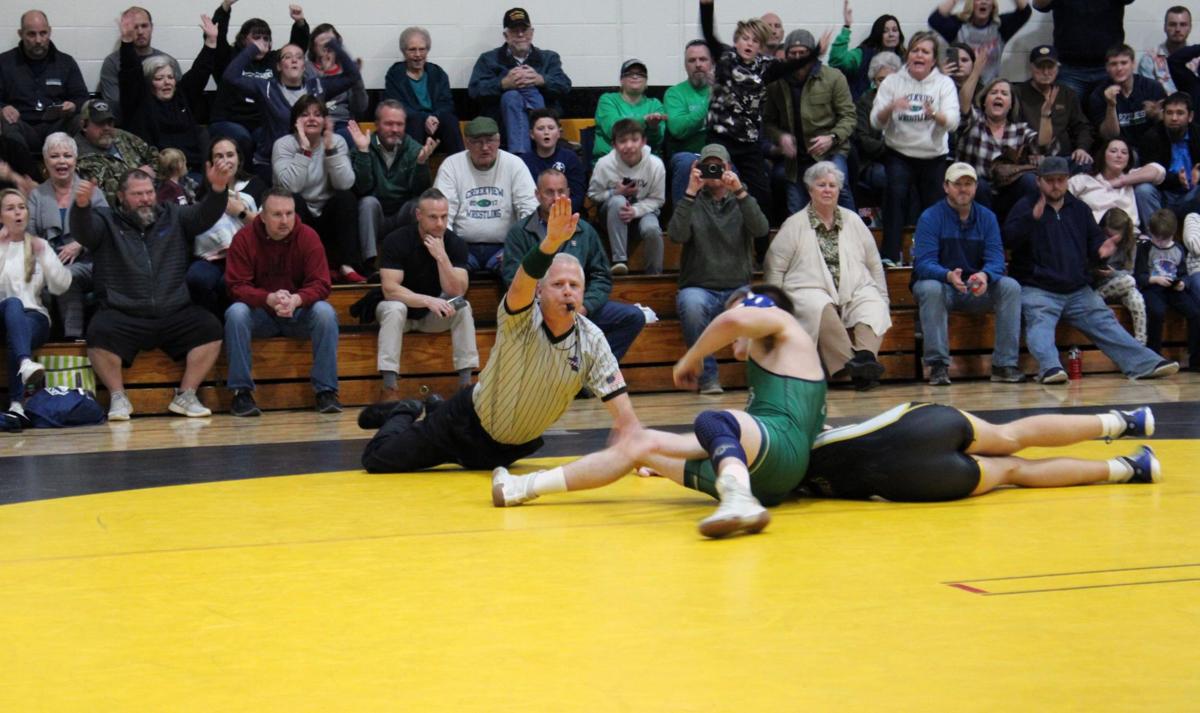 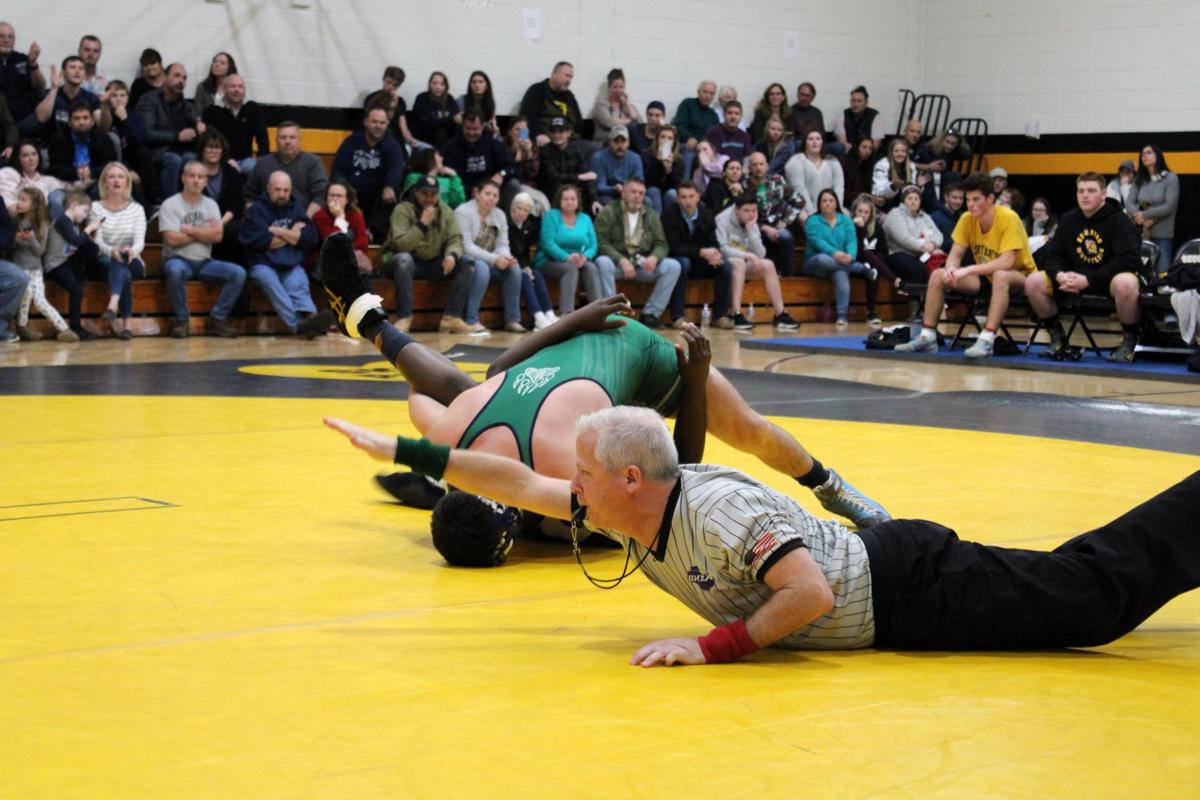 Creekview's Eli Daugherty pins Sequoyah Izaiah Sanders in the first period of the 220 pound weight class on Wednesday in Canton. 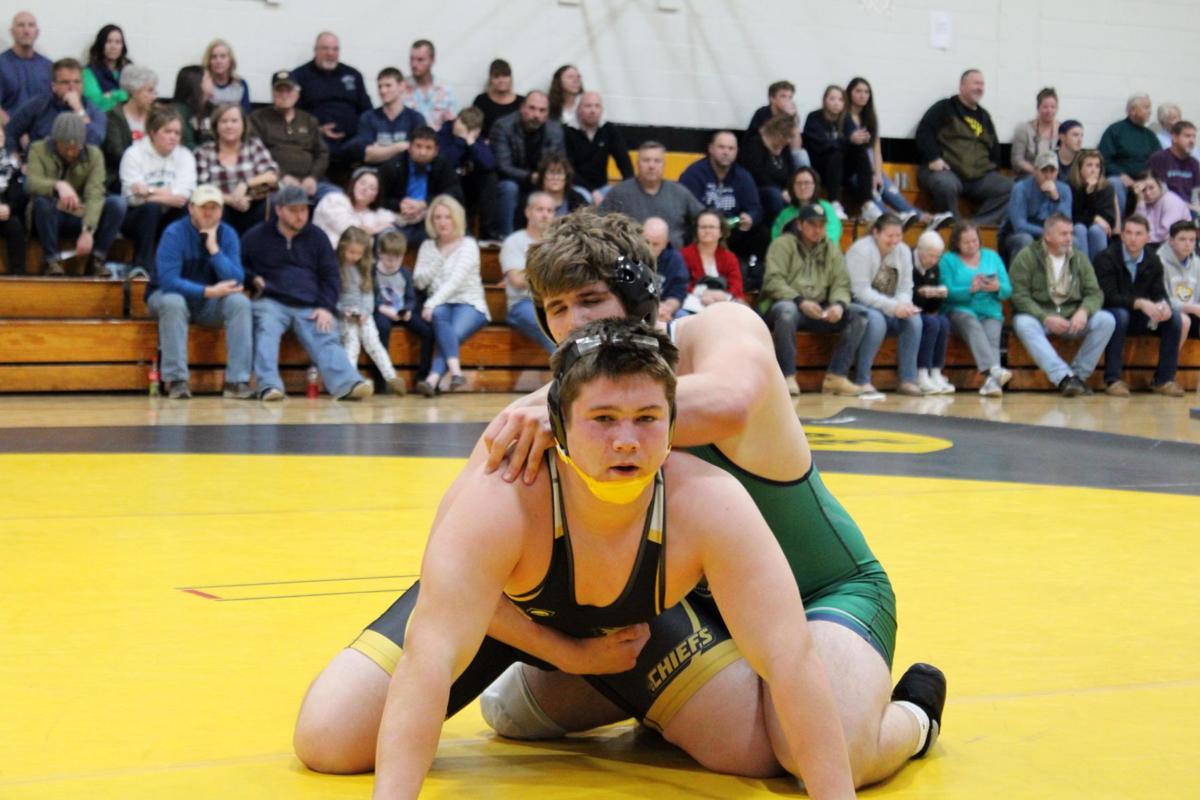 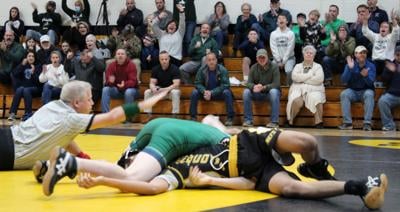 Creekview's Eli Daugherty pins Sequoyah Izaiah Sanders in the first period of the 220 pound weight class on Wednesday in Canton.

CANTON - The home team took an early lead on Wednesday night, but it was the visitors who came back in force in a matchup between two of the best wrestling teams in the state.

Wrestlers on both Creekview and Sequoyah have aspirations of competing at the state duals this season and on Wednesday night it was Grizzlies who got the better of the Chiefs by a final score of 49-19. The win improved Creekview’s duals record to 16-1 while Sequoyah dropped its duals record to 12-5.

Each team arrived at Sequoyah's East gym ranked in the top 10 in Class AAAAAA according to Georgia Grappler’s most recent rankings - the Grizzlies ranked No. 1 and the Chiefs ranked No. 8 - and fans packed the stands on both sides of the mat in anticipation. Creekview bested Sequoyah for the Region 6AAAAAA title last season and this week’s match was a possible preview for a rematch in this season’s year’s tournament.

“Our fans travel really well and (Sequoyah) has a ton of kids in their program which is awesome,” Creekview coach Joe Hulen said. “It’s great to see people come out and support our programs.”

The Chiefs, led by their lower weight classes, took four of the first six matches of the dual. Sequoyah's Jake Labasi pinned Jairon Jarrett in the second period of the 103 pound match to begin the evening and was followed by Carson Throne (120), Boo Carnes (126) and Christian Small (138) who all earned victories as the Chiefs built a 19-10 lead. Throne, Class AAAAAA’s runner-up a season ago, earned the pin over Josh Bledsoe while Small, a defending state champion, looked to be in control throughout his victory.

“We’ve got kids where the expectation is excellence every time they go out on the mat,” Sequoyah coach Zach Jones said. “They took care of business but right now we’re working on developing a bunch of those other guys who are right there. The result didn’t go our way but I’m encouraged by the way my guys wrestled. I think several of those matches can go the other way next time.”

Beginning with Cade Sousa’s win over Tomus Satterfield in the 145 pound weight class, Creekview won the next eight consecutive matches. Wyatt Higgins (160), Jared Wilmarth (170) and Andrew Riley (182) racked up three consecutive pins and were followed by Eli Daugherty (220) who pinned Izaiah Sanders in less than 30 seconds.

Daugherty won state last season wrestling in the heavyweight division but now competes one weight class lower with the addition of Parker Bennett who won the final match of the evening in the 285 pound match.

Eight Creekview wrestlers qualified for state last season and the confidence in the back half of the Grizzlies lineup was evident on the mat.

“That’s our strongest part of the lineup,” Higgins said. “We’re getting there. Conditioning needs to get up for all of us, but we’ve had kids step up this season to replace the seniors we lost last year. There’s hasn’t been a big drop-off from last year, if any drop-off at all.”

Jones said a number of Sequoyah’s wrestlers were sitting out with injuries this week, but was encouraged by what he saw from a few of the more inexperienced wrestlers. Both teams seemed to feed off the crowd at certain moments, a perfect dichotomy for a one-on-one dual between two region rivals.

“This really is a great venue,” Jones said. “You feel like the crowd is right on top of the mat which is great for these one-on-one matches. We can pack the stands and the crowd gets loud. It’s a lot of fun in here.”

Creekview was all business after the dual and coaches focused on continuing to improve despite the lopsided victory. The Grizzlies have placed in the top 5 of the state duals in each of the last three seasons. Moving forward and continuing to trend upward seems the sole focus as the calendar year draws to an end.

“We had some matches that were a little closer than I would have liked but at the end of the day you just have to win the dual,” Hulen said. “We’re a little behind the curve right now from where we want to be but we’re going to peak at the right time. We’re worried about January and February and we’ll be ready to peak when it’s time.”