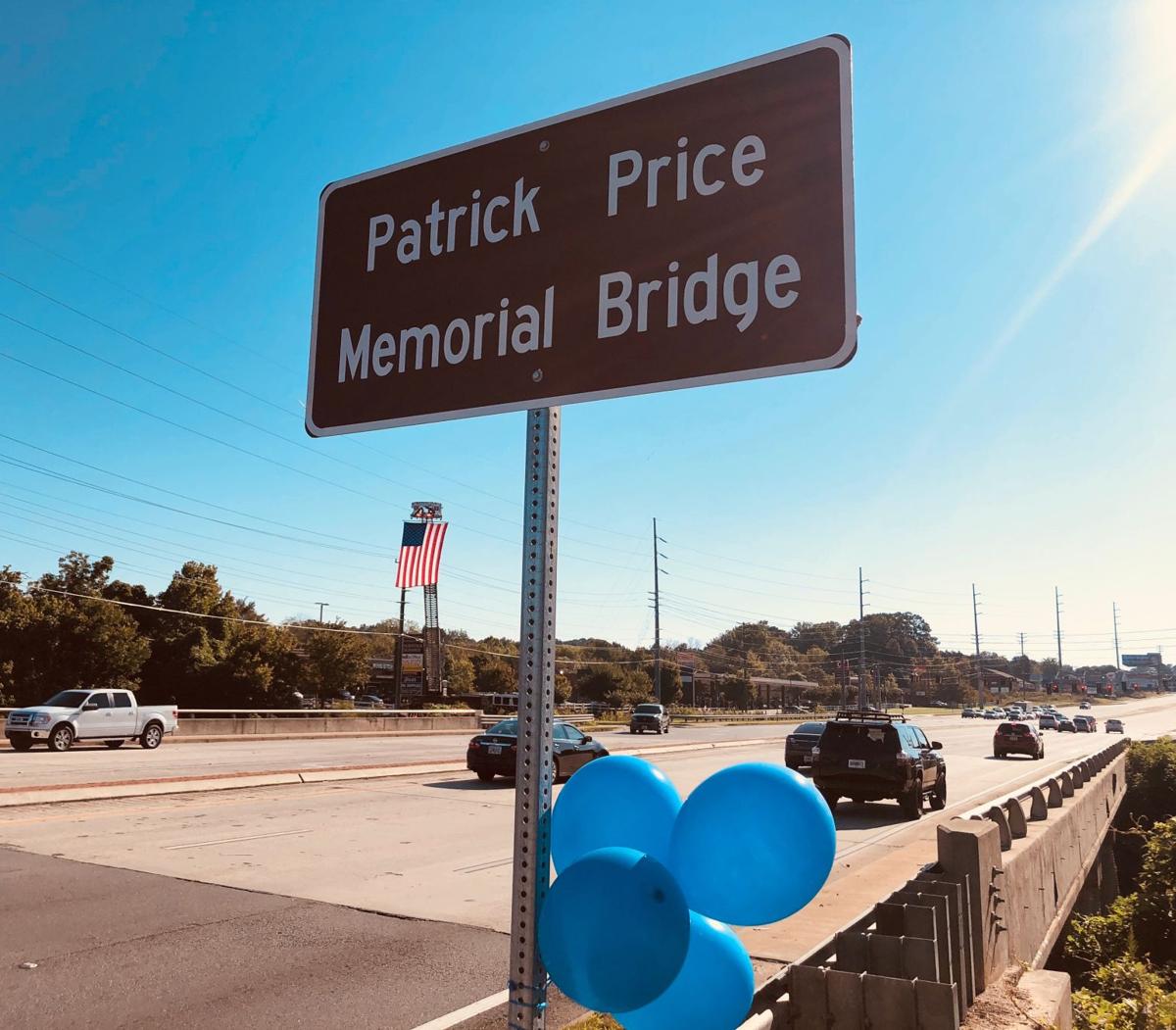 A view of the new signs dedicating the bridge over Noonday Creek in the memory of Patrick Price. 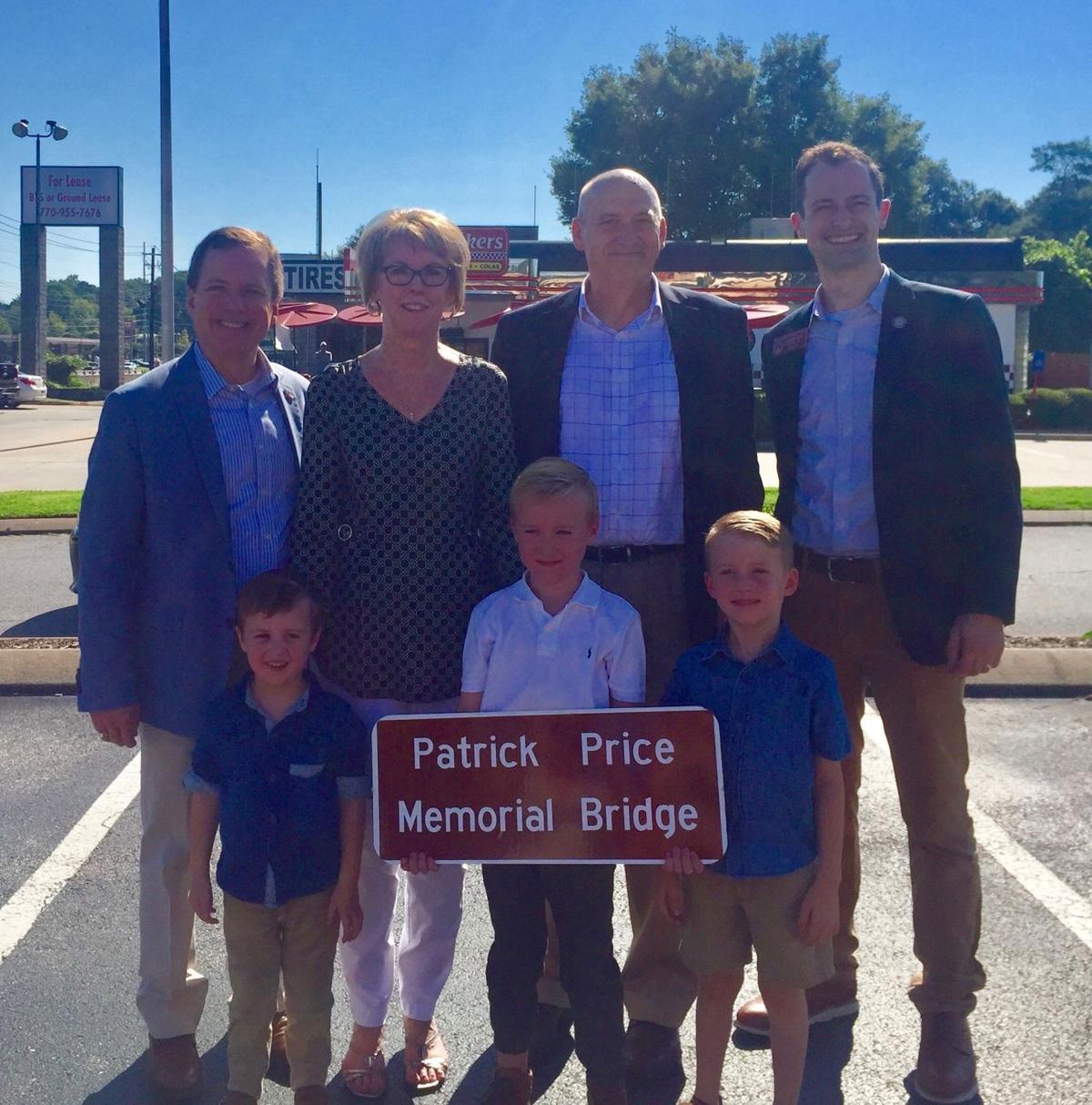 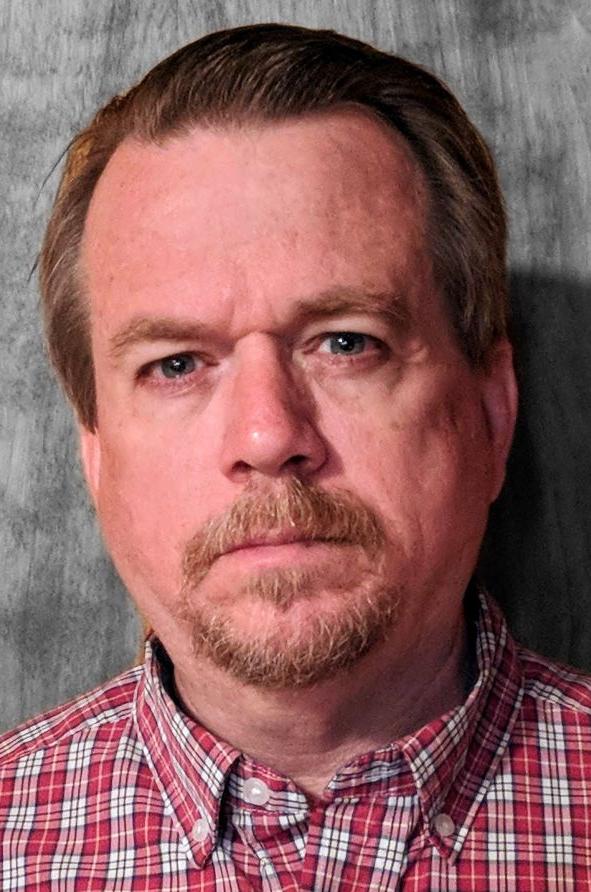 A view of the new signs dedicating the bridge over Noonday Creek in the memory of Patrick Price.

A few years ago when I’d visit relatives in south Georgia, I noticed that many of the bridges along the rural roads were dedicated to the memory of someone.

Instead of presidents or generals, these modest spans were often named for privates, corporals or local civilians.

Gene Price, a member of First Baptist Church of Woodstock, noticed the same thing while driving the backroads south of Macon. It gave him the idea that a bridge dedication would be a great way to remember his son, Patrick Price, who died suddenly in 2015 at just 30 years old.

Fellow First Baptist member Wes Cantrell agreed, and as a member of the Georgia House of Representatives, had the ability, along with fellow Rep. Michael Caldwell, to make it happen. On Saturday it did.

The Price family, Cantrell and dozens of others Patrick Price touched in his short life came out to dedicate the Patrick Price Memorial Bridge. It’s the first span east of Interstate 575 on Ga. Highway 92 in Woodstock and crosses Noonday Creek.

How did Patrick Price leave such a mark that those who knew him wanted to honor his legacy with a bridge dedication?

Well, first know that the bridge is not the first honor of his memory. There is also a foundation that carries his name that was established through First Baptist that pays to send children to camp, who might not otherwise be able to attend, Gene Price said.

At the time of his death Patrick Price worked for the Georgia Department of Pardons and Paroles. Colleagues there saw him as a rising star who could be counted on to accomplish anything that was asked of him.

“He was probably wearing three hats at one time,” Gene Price said of his son’s work with the state.

“Patrick’s mission at work was to identify inmates serving long sentences for relatively minor drug offenses who met criteria under new legislation that made them eligible for early release from prison. Then he got to tell them about it,” Cantrell said.

The first man scheduled to be released — Darion Barker — did not believe the good news when his mother told him about it, thinking she was the victim of a cruel scam.

But when Barker was released, his family celebrated with a party at which he received a call from Patrick Price. “Do you believe me now?,” Price asked.

“In late July, Patrick drove down to Macon and then returned to Atlanta with Barker in tow. He wanted to be there when Barker surprised his daughter and let her know he’d been freed,” Cantrell told his fellow lawmakers.

While he worked hard, Patrick Price made a mark in the community as well. He was very active at First Baptist. He and his wife Brittany had three sons.

“He was always a good boy as a child, very respectful of us,” Gene Price said, referring to himself and his wife Paula Price. “Everybody liked him. And as he grew he really blossomed. He was very intelligent, but was also humble.”

And, now, as people drive busy Ga. Highway 92 and cross Noonday Creek, people will see the name Patrick Price. Those who knew him will remember a friend or beloved family member. And maybe those who didn’t get to meet him will “Google” his name and learn about a remarkable young man who created a big legacy in a short time.