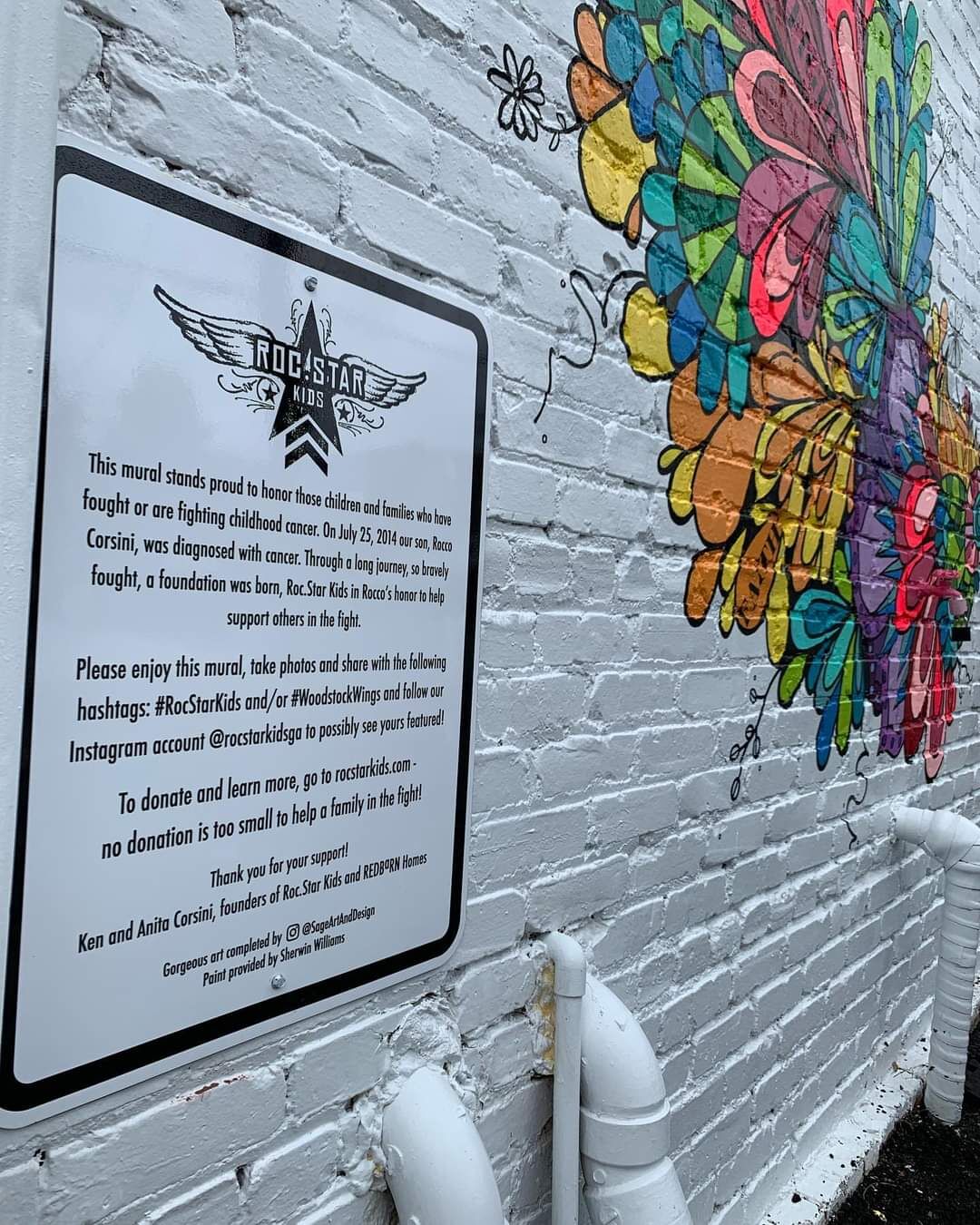 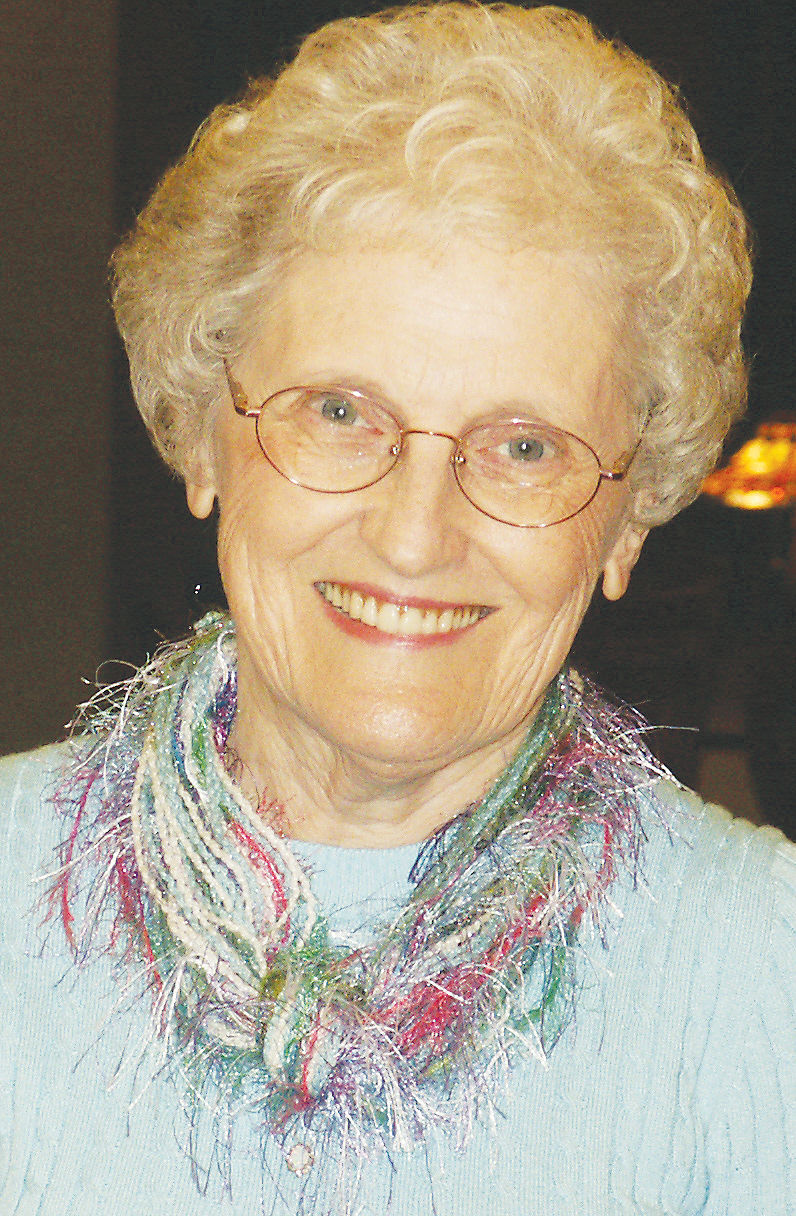 To a historic preservationist the presence of a paint brush is so much more encouraging than the arrival of a bulldozer or wrecking ball. It was with a sigh of relief and a big exclamation point that our eyes recently beheld a new mural in Woodstock. The building most commonly referred to by older residents as the “old cotton warehouse” is sporting the new painting. The warehouse actually faces Towne Lake Parkway, just feet away from Main Street. The mural is on the east side of the building, facing Wall Street. For folks who don’t frequent the old town’s patchwork quilt of side streets, let this be an introduction to Woodstock’s Wall Street. Don’t laugh yet. While New York City’s Wall Street is famous worldwide, this Woodstock, Georgia, street, in all its humility, can lay claim to being a life-giving artery in Woodstock’s heartbeat.

None of my research has turned up the origin of this street’s name. It was, and still is, an alleyway, running behind the two blocks of businesses that once-upon-a-time made up the entire business district. Wall Street is not listed in a 1962 Woodstock street directory, but since no businesses or homes faced the street to warrant a listing, it may not have had a name at that point. A couple of decades ago the downtown merchants sponsored an event designed to entice customers and visitors to a Back Alley Bash, leaving no question as to where it would be held. There are old photos and news articles, dating back to the 1960s, showing fall festivals, fun runs, and civic club fundraising cookouts. The public library held book sales behind their location in the old bank building. The landscape changed, however. Merchants opened their back doors. Vehicles replaced foot traffic. But always and ever, the brick warehouse held sway over its spot.

The building dates to 1905 and was probably the first of several warehouses built and/or owned by the J.H. Johnston Co. which was established in 1888. One of Mr. Johnston’s descendants, Richard Johnston, gives a description of this particular warehouse and its functions. “The warehouse has two floors. One opens up to Church Street (now Towne Lake Parkway). Its main use was the storage of bales of cotton. Wagons and trucks would bring their bales of cotton to the door. (This door was actually on the Wall Street side.) A work crew consisting mostly of very strong men would manually wrestle the 500-pound bale out of the wagon into the warehouse.” Richard tells us that employee Sam Dawson and owner J.H. Johnston would examine the cotton fibers and determine the quality of each sample, thus making a determination about the worth of the cotton. They would give the grower a tally sheet which he would take to the office to “settle up,” since much of the proceeds would go to reduce his debt to the J.H. Johnston Co. for merchandise purchased over the previous months. The bales of cotton would be stored in the warehouse until sold and shipped out. Richard tells us, “The basement of the warehouse was not used to store bales of cotton. Was too humid and did not have a loading dock at the door. Fertilizer, plows and other heavy farm equipment were stored there.”

There were other mercantile and cotton broker establishments, some with their own warehouses. Only two were brick, both belonging to the Johnston Co. The structures lined the railroad tracks, and occupied much space behind the stores as well. With the collapse of the cotton industry, they became outdated and useless. An “eyesore” to some, they were demolished, a great improvement to the town’s streetscape. But this one survived, and would once again become an integral part of the business community.

Eventually it was sold. O.E. Morgan, owner of Morgan Hardware, and James Childers, owner of Woodstock Insulation, had rented it from the Johnstons previously, using it for storage. Mr. Morgan purchased the building in 1969, using the top floor as a sales floor for appliances and large items. After the hardware store moved to a new location, the building was purchased and occupied by the Neon Zone for many years. Later businesses located there include Cotton Mill Deli, PLAE, and, presently, Red Barn Homes. Red Barn owners, Anita and Ken Corsini, are to be commended for the unique mural, unique in that its purpose is to honor children and their families who are fighting or have fought childhood cancer. Their foundation, Roc.Star Kids, was begun from their own experience when their son Rocco was diagnosed with cancer. The mural, aptly referred to as Woodstock Wings, is interactive, and its colorful, “winged” look invites the visitor to pose and participate in this worthwhile challenge. From the building’s colorful past and today’s fragile situation, to a fresh hope for a safe and healthy future, the image takes the stage in helping to preserve the city’s heritage. Thank you, Corsinis, and muralist Sage Recchia.

Columnist Juanita Hughes is retired head of the Woodstock public library and a local historian.