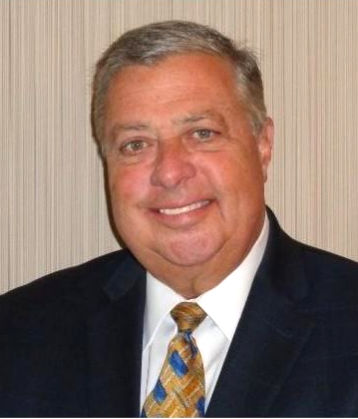 Lance Milton Shumaker passed away on June 22, 2020, at age 66, following a two-year battle with ALS, otherwise known as Lou Gehrig's disease. He was happily married for 39 incredible years to Sharon Shumaker, the love of his life and best friend. Lance is survived by Sharon, their son, Tyler, Tyler's fiance, Jennifer Malinowski, and her son, Talon. Lance also leaves behind a brother, Dallas Shumaker, Dallas' daughter, Sarah Cox, his aunt, Janie, and uncle, Tom, of West Va., along with several cousins, nieces and nephews. Lance was a devoted and loving husband, father, and friend who prided himself on family and relationships. Lance was born in Princeton, West Va., March 17, 1954, to Dorothy and "Zeke" Shumaker. They eventually moved to St. Louis, Mo., where Lance graduated from Parkway Central High School in 1972. After attending Meramec College and the University of Missouri, he moved to Charlotte, N.C., and worked in the dental field, with Ransom and Randolph as a sales representative. In 1985, Lance and Sharon moved to Kennesaw, Ga., where he began his long and storied career in the printing industry, later making their home in Woodstock, Ga. Lance spent more than 34 years with several printing companies, advancing from a national sales manager to vice president of sales, to president of sales, and ultimately senior executive. Lance was always on the forefront of technology; he spearheaded the start-up Indigo, and advanced his career with a 15-year leadership role with Advanced Vision Technology. Lance was able to successfully grow the companies he was involved with by expanding their sales and marketing efforts into North America, Mexico, South America, and Latin America. The key to his success was building long-term personal and professional relationships with every outside client and internal team member. It would be impossible to find anyone who came into contact with Lance during those 34 years who would have anything but great stories, admiration for his character and a smile on their face when recalling their dealings with Lance. Lance and Sharon had a passion for traveling, and spent considerable time in the Caribbean, Israel, France, England, Thailand, Fiji, throughout the U.S, and on many cruises. Lance loved tennis, golf, snow skiing, fast cars, and a great game of cards or shooting pool. He mostly enjoyed beating everyone at those games and was keen to keep track and remind you of his successes. Lance was loved by all who knew him, and his laughter captivated a room. He had a charismatic personality and a beautiful smile that was contagious. He touched the lives of so many with his generosity and passion for life. A Celebration of Life will be held for Lance at a date to be determined. In lieu of flowers, the family requests donations be made to the ALS Association to help others fight this neurodegenerative disease, in hopes of one day finding a cure for others.