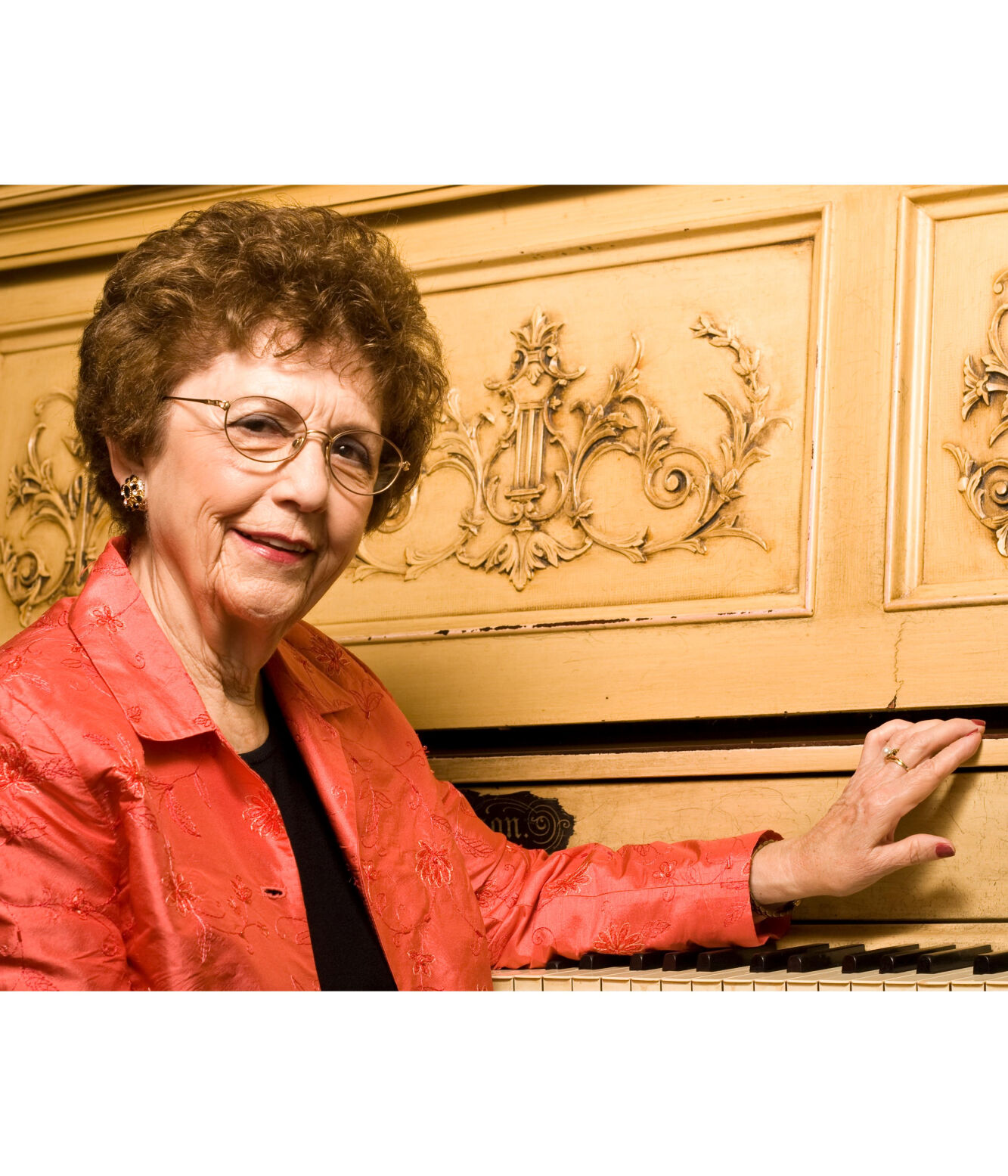 Mrs. Eloise Marie Reece Phillips, well-known musician and educator, was a lifelong resident of Roswell, a true second generation Roswellian. Lovingly called "Weezy" by certain ones, she lived a full life of service which began as early as her school days at Roswell Elementary School. She often had to play piano for chapel services when the music teacher was absent. She made her final departure from Roswell on May 1, 2021 in her beloved hometown. Eloise entered Roswell High School but it was void of extracurricular activities and sports programs. Eloise became instrumental in spearheading efforts to organize a girls basketball team, Beta Club, the annual, the school newspaper, band/chorus, 4-H Club, Hi-Y Club, student council, FBLA, Drama Club. Eloise suggested the name "Roswell Hornets" for the sports programs. She won the FIRST girls' basketball trophy given at RHS for Most Valuable Player. Eloise loved playing basketball.... even scoring 35 points against Milton one night! She helped with the organization of the first Roswell Youth Day/Parade and rode on the first float in her letter jacket. She performed in many plays and, although not enrolled in the band program, played keyboards/marimba for band concerts. She graduated salutatorian in 1953. Two more generations of Reece family followed her at Roswell High School by playing in band or football teams. In fact, Roswell High School has had a Reece family member from 1948 to 2017: a three generation RHS family legacy. During high school Eloise was involved in a terrible unfortunate school bus accident. The bus stalled on the track, and was hit by a train. She was among the many injured but the girl who sat behind her died. Eloise heard something tell her to lay on the laps of the girls across from her. She heeded the voice. God had plans for Eloise. Then Eloise met Roy! Both came from singing families. But she was surprised at one basketball game when shooting a hoop shot, and none other than Roy J. Phillips was standing under the basketball goal in his army uniform. They nodded at each other...you know the story from there! Mr. and Mrs. Roy J. Phillips were together for 37 years. Before the kids were born Eloise worked as executive secretary to the President of the Georgia Board of Education. She felt a calling at this point to retire and start teaching piano full-time. She had a passion for her students to be well-rounded, comfortable in all stylings from classical and to Southern gospel, and has influenced COUNTLESS students and other pianists. She delighted in saying that she had taught some of THE BEST pianists who play in Southern gospel music. Her legacy can be heard on Sunday mornings in the USA and many other countries, at hundreds, thousands of churches, and at singings, weddings, and many other celebrations. Eloise felt a great need to have a shaped-note singing school in Georgia, and through much effort the North Georgia School of Gospel Music was organized. She also played a key role in starting Alabama School of Gospel Music and Stamps-Baxter School of Music. Eloise taught at these and other summer singing schools and at local singing schools at churches for over 30 years. Roy and Eloise enjoyed ministering together as members of the Traveliers Quartet. Eloise served as pianist at Rock Springs Baptist Church and Northside Baptist, Roswell, where she also directed several Easter and Christmas dramas. Northside was home. Everyone who knew Eloise knew how much she loved singing, playing piano and organ, and writing songs for singing conventions. In 2010 friends from many states gathered at Northside for a special celebration in tribute to Eloise's 65 years in gospel music. Also that year, the Mayor of Roswell declared an Eloise Phillips Weekend for the city! Eloise is survived by daughter Tracey Leigh Phillips; son and daughter-in-law Mr. and Mrs. Kelly Jackson Phillips (Loretta); grandchildren Logan Jackson Phillips and Mya Marie Phillips, named after Eloise; her sisters Geneva Reece Dangar, and Laverne Reece Bates; twelve nieces and nephews, several great nephews and nieces and, her most loyal companion, and fiercest protector, her poodle, Sebastian. Funeral services for Eloise will be at Grace Community Church, 7770 Hickory Flat Hwy. Woodstock, GA. 30188, Saturday, May 8, at 1 PM. Her body will lie in state from 12 PM to 1 PM. Visitation will be on Thursday, May 6 and Friday, May 7 from 4 PM to 8 PM each evening at Northside Chapel Funeral Directors, 12050 Crabapple Rd, Roswell, GA. 30075. Interment will be at Green Lawn Cemetery in Roswell, next to Roy. In lieu of flowers, please either send a donation for the Eloise Phillips music scholarship for the benefit of students attending singing schools in the Southeast, to Tracey Phillips, c/o Grace Community Church, Hickory Flat Highway, Woodstock, GA, 30188, or send green plants, or azaleas or something to plant so that the family can remember and appreciate those who sent them.