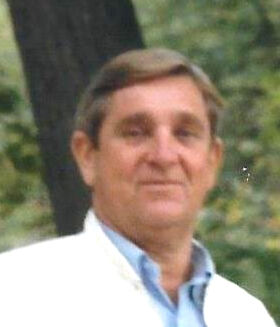 John Brantley Harwell, 90, of Ball Ground, formerly of Kennesaw, born on April 29, 1931, in Lavonia, GA, to James H. and Jessie Harwell. He grew up in Winder, GA, and graduated from Winder Barrow High School in 1949, where he is remembered as a star football player. He served in the US Air Force during the Korean War. After his military service, he graduated from Georgia Tech with an engineering degree in 1959. He took a position at Lockheed Aircraft and moved to Marietta in 1961. He lived most of the rest of his life with his family in Cobb County. In 1968, he went into business for himself as a residential builder and developer, building numerous subdivisions in Cobb and Cherokee Counties over the next several decades. He was active in the community and served as President of the Cherokee County Chamber of Commerce and as President of the Woodstock Rotary Club. He was also associated with a number of banks over his career, most recently United Community Bank, serving as a member of the Asvisory Board. He was an avid golfer and enjoyed travel. He is preceded in death by his wife of 57 years, Ruth Harwell, his three brothers, James H. Harwell, II, William Harwell, Duke Elliot Harwell, and one sister, Gloria Johnson. He is survived by his two daughters, Anne Harwell and Amy Harwell, grandson Matthew Nix, nieces and nephews. Visitation will be September 30, 2021 4:00 Pm until 7:00 PM at Winkenhofer Pine Ridge Funeral, 2950 Cobb Parkway N. Kennesaw GA. Graveside Service will be 11:00 AM October 1, 2021 at Copper Ridge Memorial Gardens, Blue Ridge, GA.

To plant a tree in memory of John Harwell as a living tribute, please visit Tribute Store.
+2
Plant a tree
+2