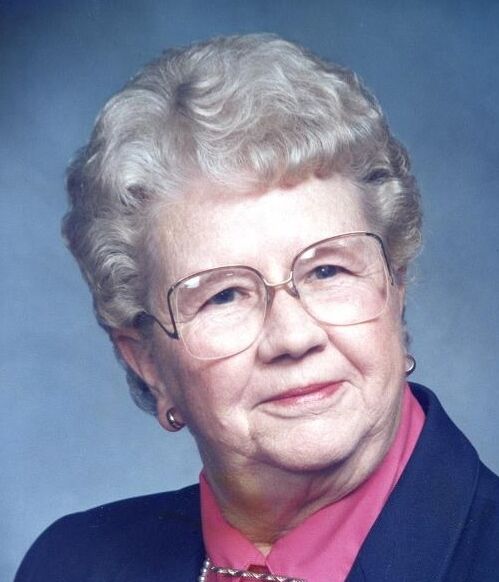 On September 6, 2020 Marjorie Borders went peacefully home to the Lord. She came into the world on March 28, 1918 in Comer, Georgia, the only child of James Grady Cooper and Ruby Porterfield Cooper. She graduated from Comer High School in 1935, and attended Athens Vocational School, obtaining a degree in business. Marjorie and her family moved to Macon, Georgia, where she met her first husband, James Hooks. They were married in 1939. During World War II, they lived in Maryland, where James was stationed in the Navy. She always considered this one of the happier times in her life. Marjorie lived most of her life in Macon, where she was an active member of South Side Methodist Church, singing in the choir, and serving as church secretary. She was later employed by the Bibb Manufacturing Company and ended her career as the executive secretary to the President of the Bibb Company. After her retirement, she enjoyed traveling with her second husband, Robert Borders, and their camping friends. When Mr. Borders passed away, Marjorie moved to Woodstock, Georgia, where she joined First Baptist of Woodstock, and taught Sunday School for many years, touching the lives of countless people. Her last years were spent at Waterford At Hidden Lake assisted living in Canton. Marjorie was preceded in death by husbands James F. Hooks and Robert F. Borders, and son David O. Hooks. She is survived by her son Thomas J. Hooks (spouse Anne), daughter-in-law Terri M. Hooks, six grandchildren and three great-grandchildren. Funeral services will be held Thursday at 12 noon at Marietta Funeral Home, preceded by an hour of visitation. Interment will be at Macon Memorial Park on Friday at 12:00pm. In lieu of flowers contributions may be made to the Building Fund First Baptist Church of Woodstock. 11905 Highway 92, Woodstock, Georgia 30188. The family would like to thank the staff of Waterford for their kind care during Marjorie's stay there.