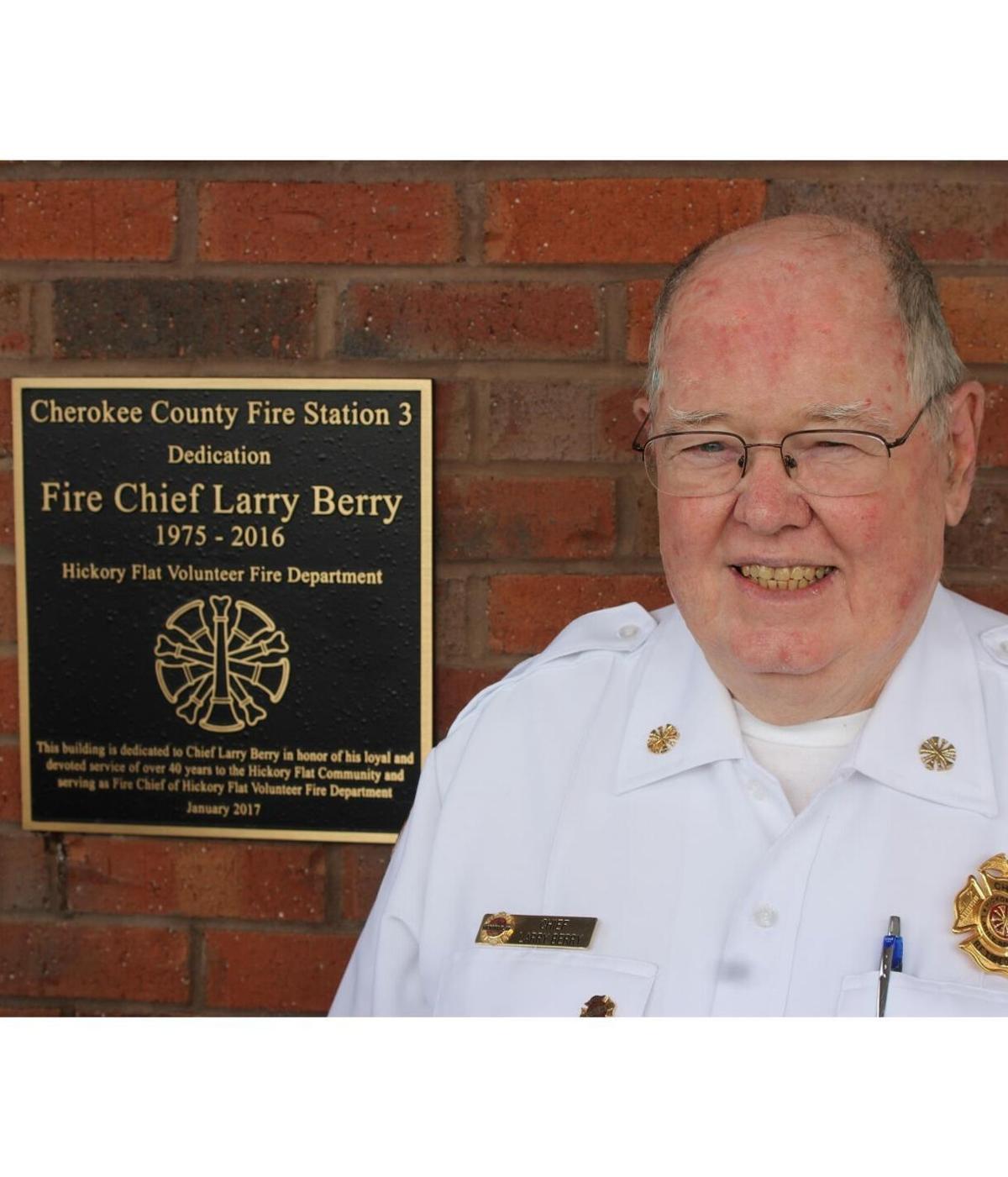 Larry Darrell Berry passed away on January 6, 2021, after a brief illness. Mr. Berry was born in Griffin, GA on August 16, 1940 to L. D. Berry and Jewell Hawkins Berry, and celebrated his 60th wedding anniversary to Patricia Diane Berry on Christmas Day, 2020. Mr. Berry was a graduate of the Georgia Institute of Technology and served in the U.S. Army, stationed at Ft. Jackson, SC during the Vietnam War. Larry's life was guided by his deep faith in God, and he served faithfully as a member of Mount Zion Baptist Church, Cherokee Baptist Church, and The Pointe Church. In the days when the community had no fire service, Larry helped establish the Hickory Flat Volunteer Fire Department and served as its chief for over 40 years, leading an organization that became a model of neighbors working together to build a better community for all. Larry was a loyal friend who loved Hickory Flat and its people and poured his life into his community. Larry is survived by his beloved wife, Diane; his three daughters and the sons-in-law to whom he was a second father, Laurie Berry-Dorroh (Dan) of Greenville, SC, Susan Berry (Drew) of Anderson, SC, and Melinda Freeman (Chad) of Canton, GA; and Aaron Freeman (Jenny), Justin Freeman, Lydia Dorroh, and Colin Dorroh--four well-loved grandchildren who always knew how much their Pop-Pop cherished them. In the interest of public safety, the family will hold a private graveside service at a later date at the Georgia National Cemetery in Canton, GA, with those who knew and loved Larry present with us in spirit. Online condolences may be made at www.darbyfuneralhome.com.

To plant a tree in memory of Larry Berry as a living tribute, please visit Tribute Store.
Support Local Journalism