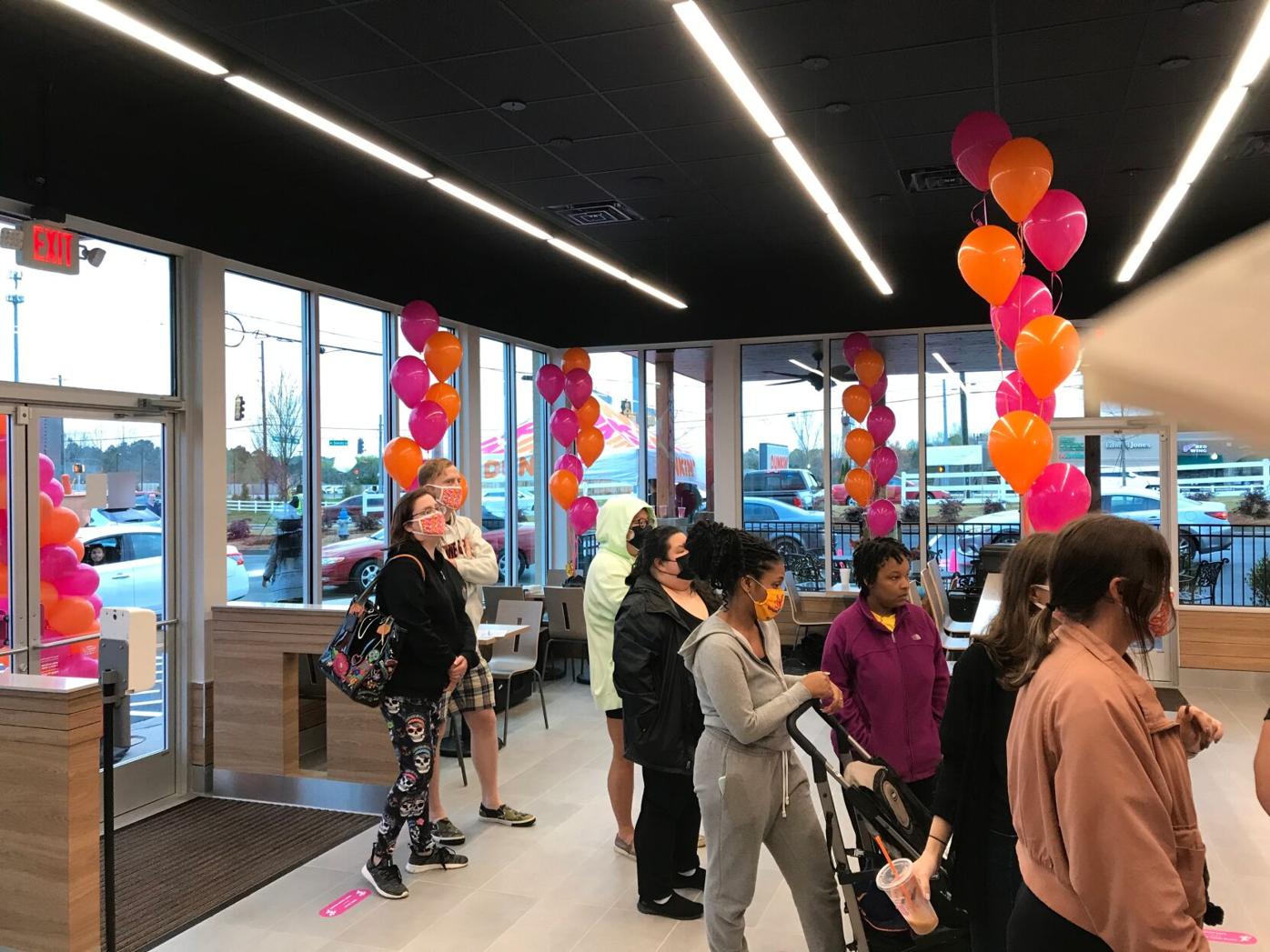 Customers wait in line at the new Dunkin’ Friday morning, shortly after the store opened its doors at 8 a.m. 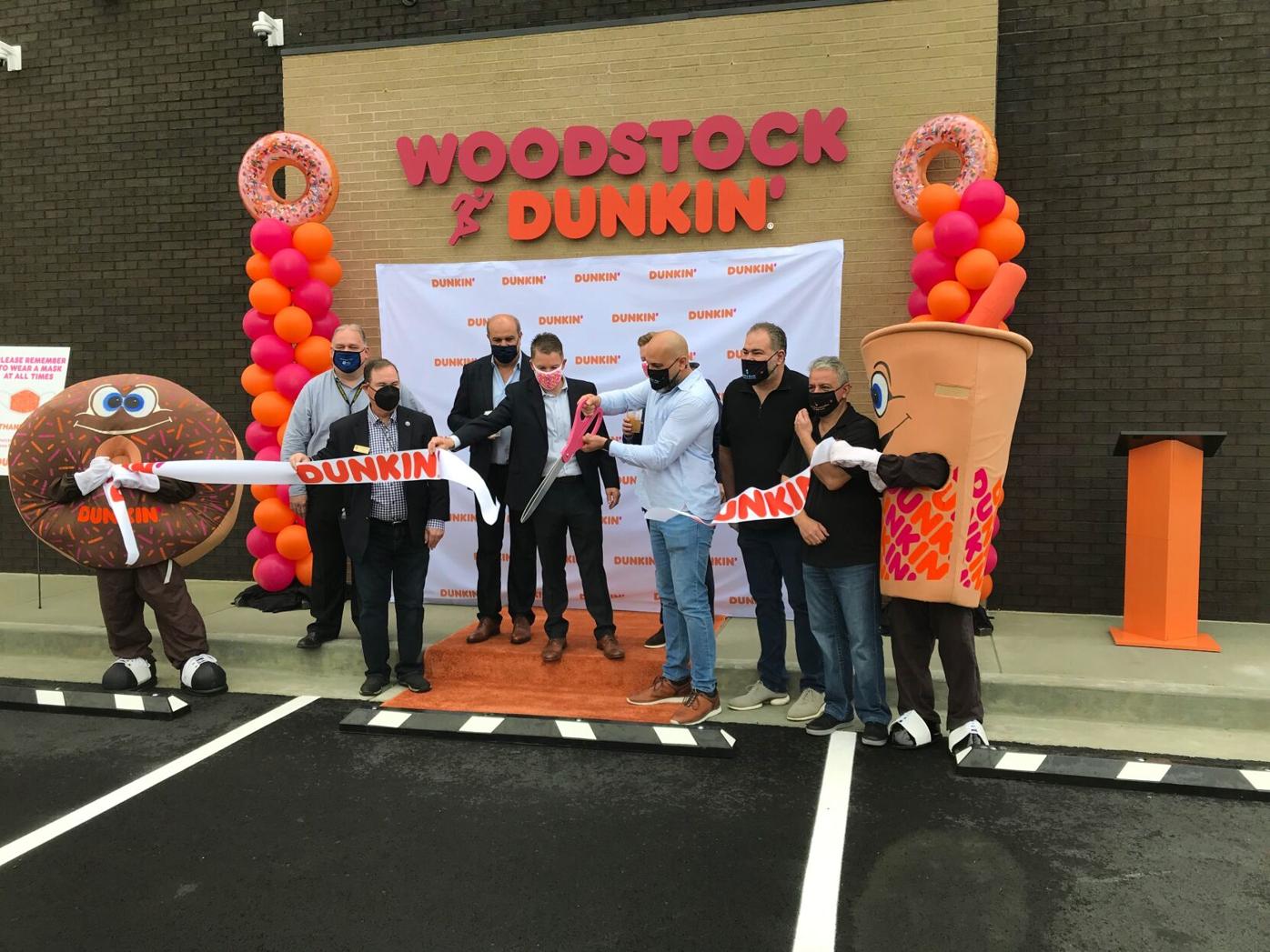 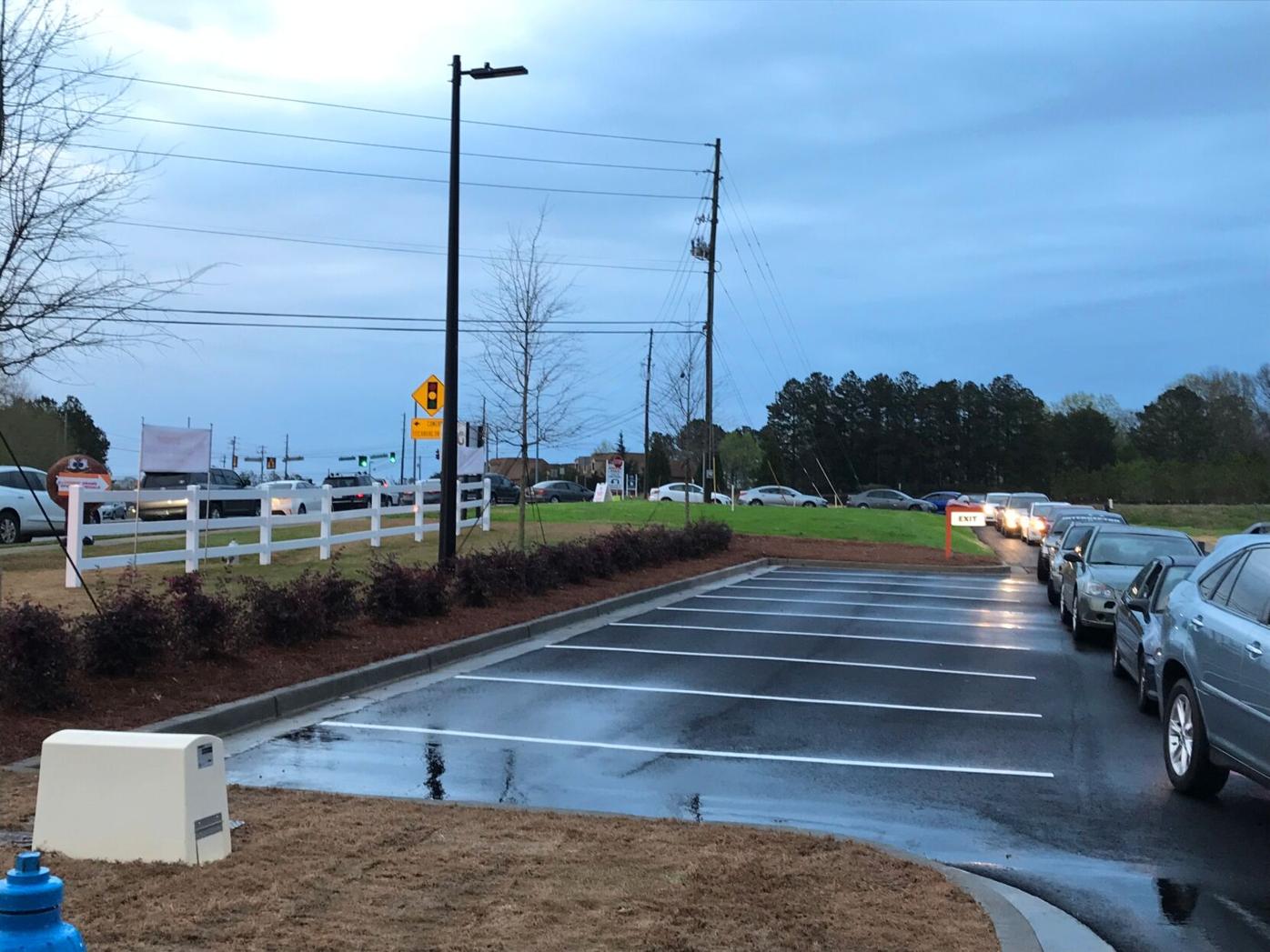 A lengthy procession of cars waits in line at the new Dunkin’ on Georgia Highway 92 in Woodstock Friday morning, as the first 100 customers would win free coffee for a year. 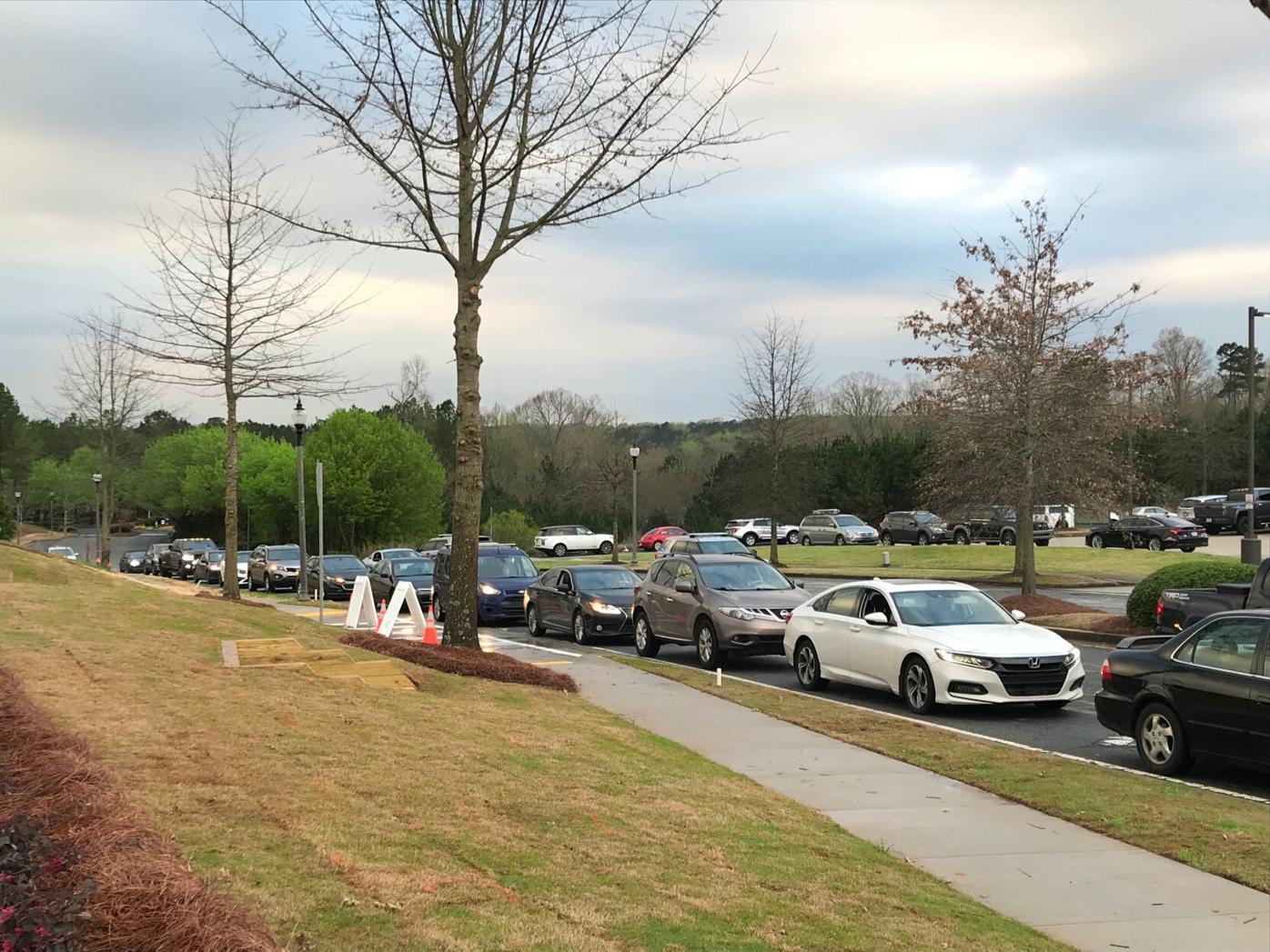 At its peak, the line of cars stretched down Georgia Highway 92 to the intersection with Downsby Lane, then continued along Downsby Lane. 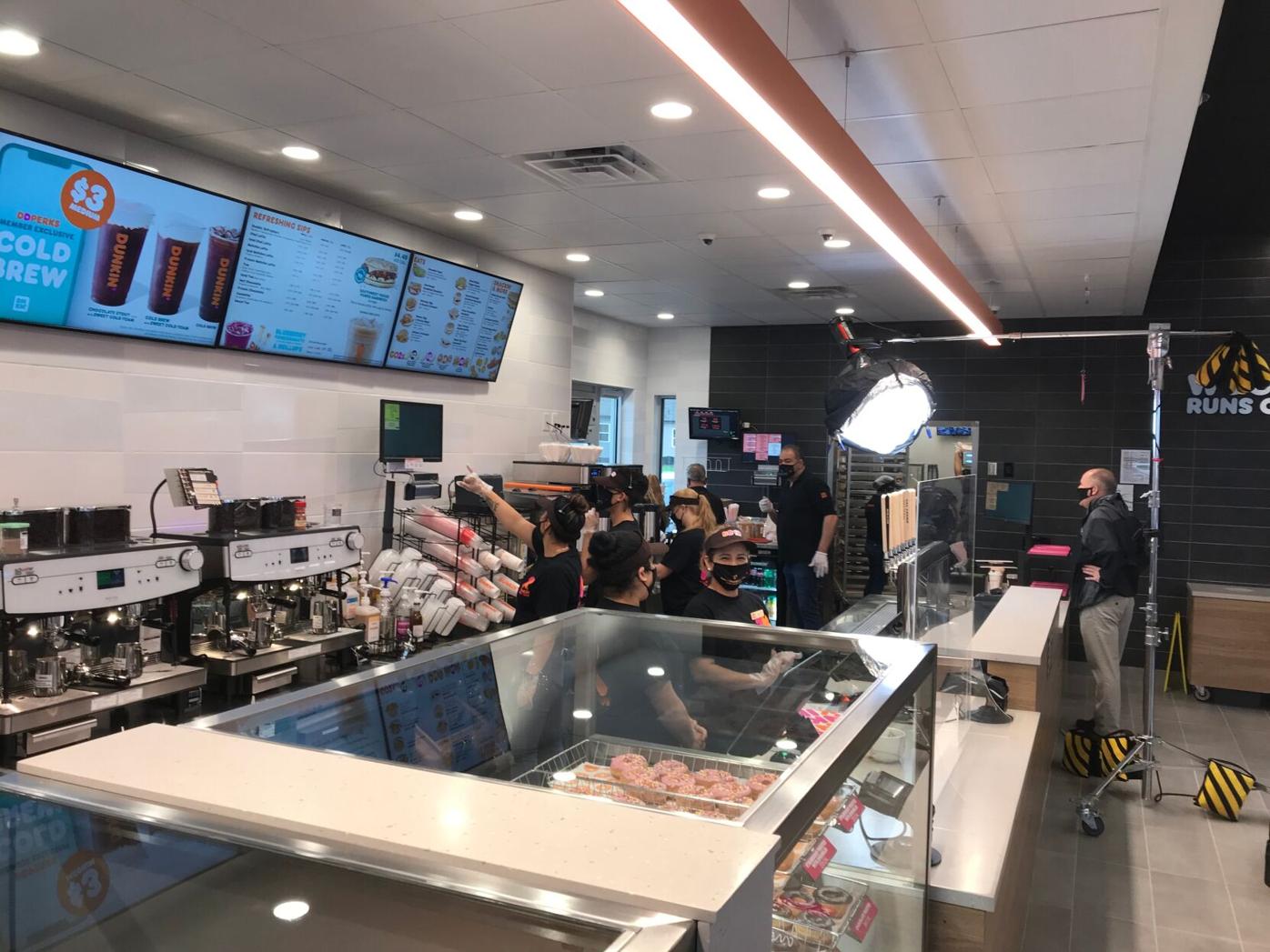 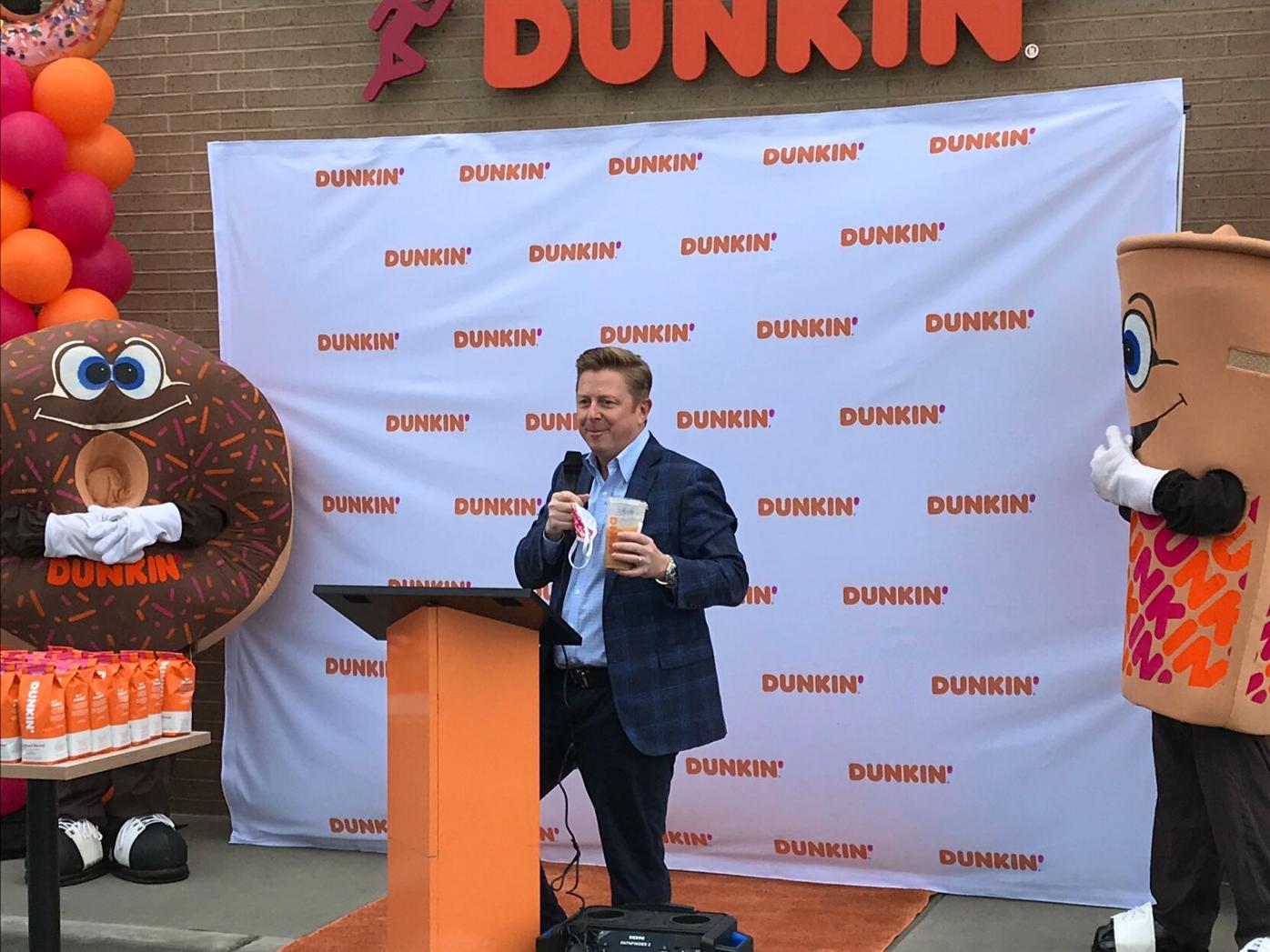 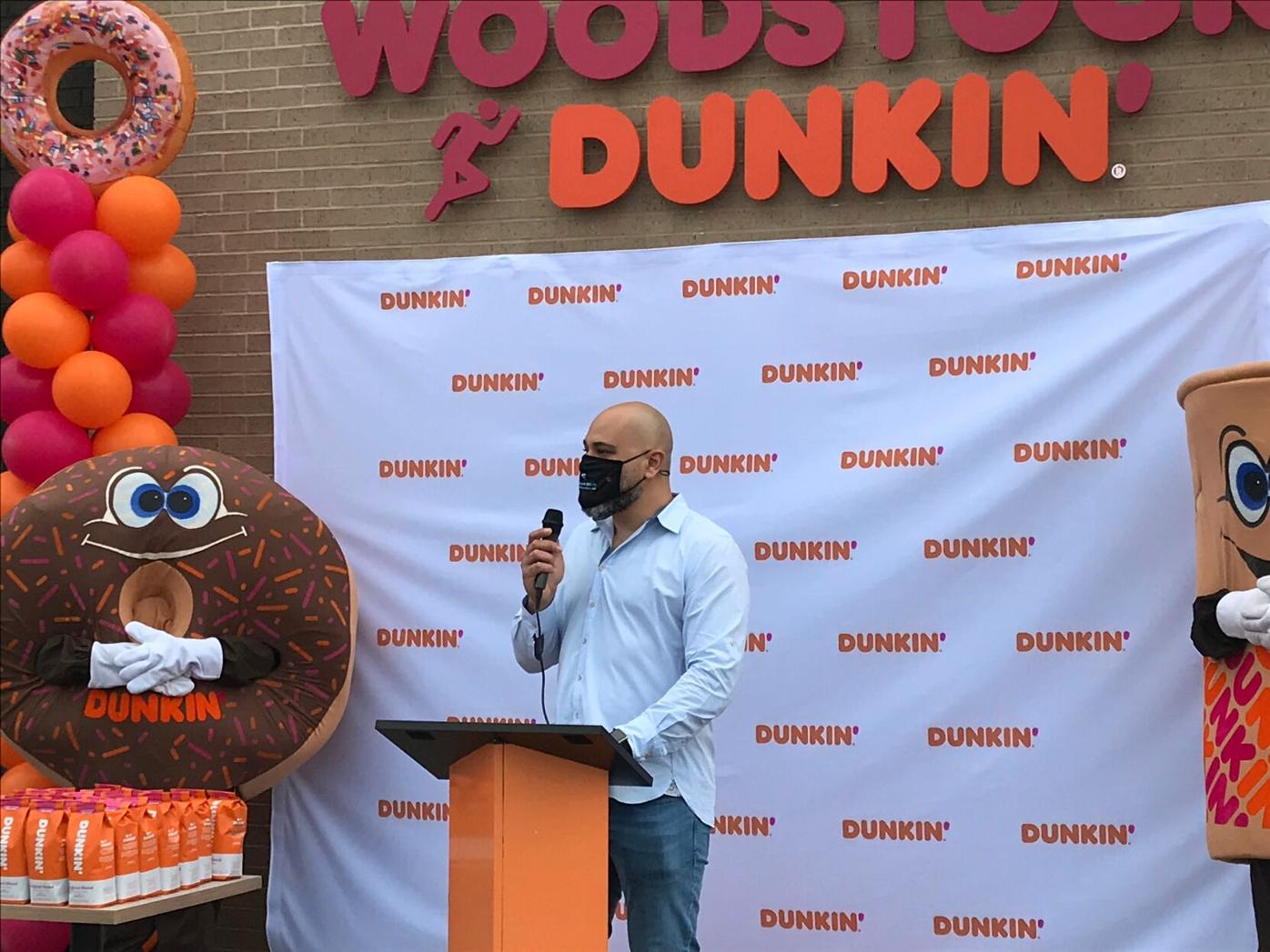 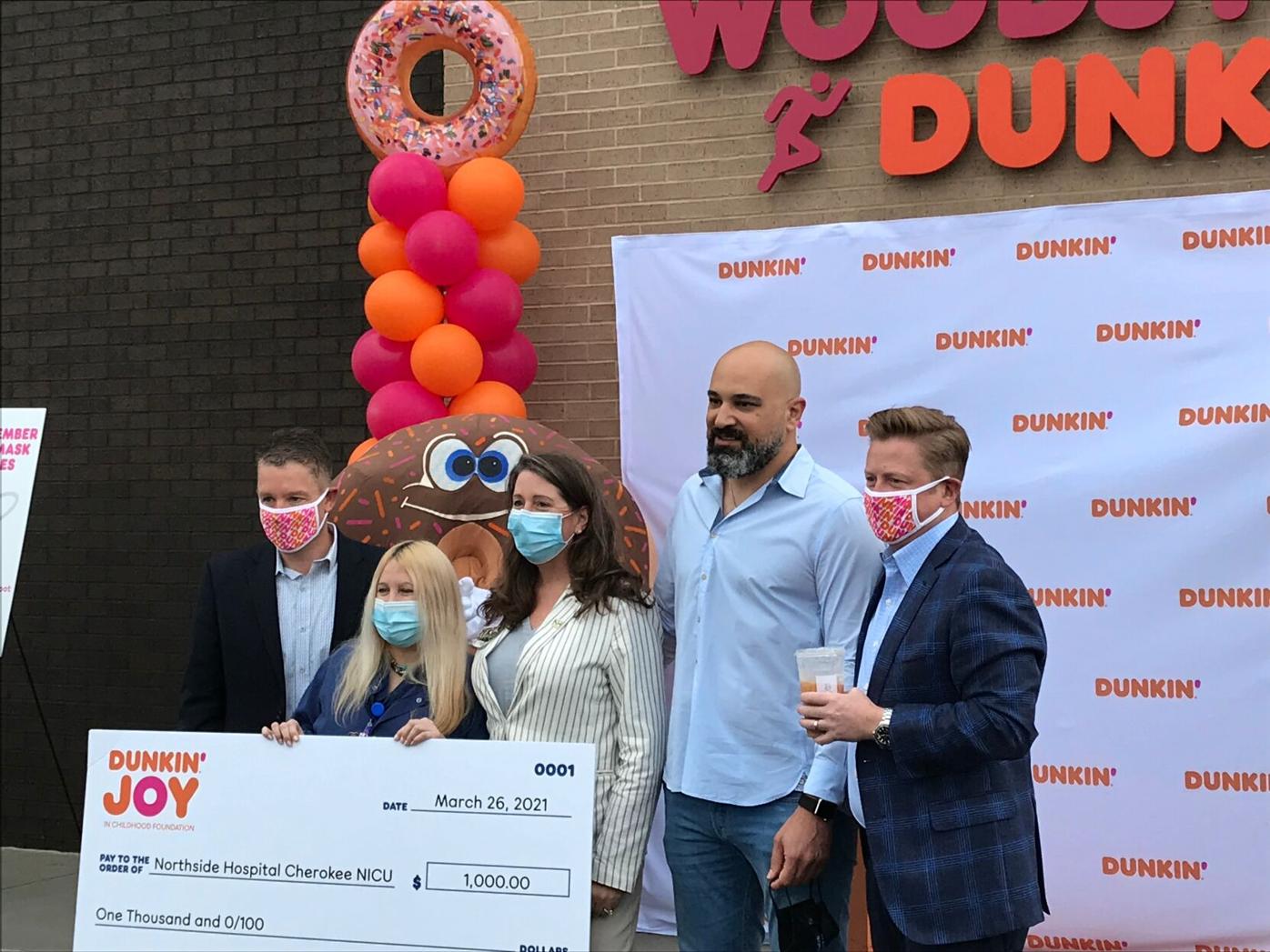 Dunkin' officials and representatives from the NICU at Northside Cherokee Hospital pose with a check for $1,000, money the company was donating to the NICU's Miracle Babies Fund. 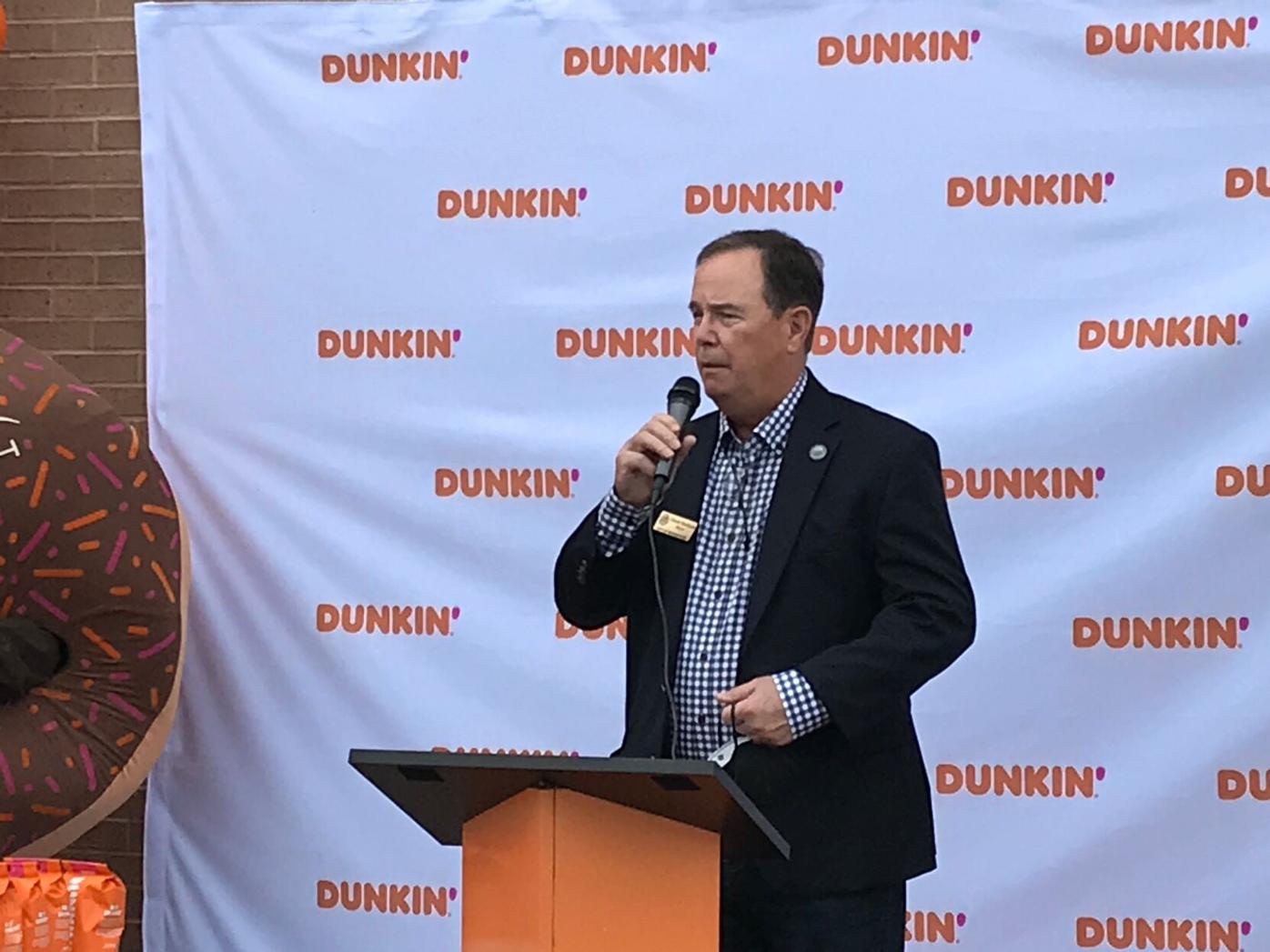 Customers wait in line at the new Dunkin’ Friday morning, shortly after the store opened its doors at 8 a.m.

At its peak, the line of cars stretched down Georgia Highway 92 to the intersection with Downsby Lane, then continued along Downsby Lane.

Dunkin' officials and representatives from the NICU at Northside Cherokee Hospital pose with a check for $1,000, money the company was donating to the NICU's Miracle Babies Fund.

Dunkin’ officials said some guests began arriving shortly before midnight Thursday. By the time the store officially opened at 8 a.m., the line of vehicles stretched through the parking lot and out on Highway 92 and into the neighboring Downsby Lane.

To celebrate the opening, the first 100 guests through the store’s drive-thru were awarded free coffee for a full year. Other gifts like a commemorative tumbler and other company-branded items were given out to guests as well.

“We got here at about 6 a.m.,” Hannah McKinley said while waiting in the drive-thru. “We wanted to get some free coffee for a year.”

Dezah Cannon said she orders Dunkin’ on DoorDash twice a week, and was excited to have another location close to her.

“I’ve been here maybe an hour and a half,” Andrew Hong said. “I just thought I’d stop by and check it out. It’s good to see new businesses opening up in Woodstock.”

Company officials were doubly excited for the event, as this marked the opening of the 1,000th next generation Dunkin’ restaurant in America. Located at 8000 Ga. Highway 92, the store offers all of the chain’s food and drink items, and will hire 25 people. The “next generation” design is more modern and open than more traditional locations.

“It means a lot to us to be opening this store, to be the 1,000th next generation store,” franchisee Abe Khalife said. “The Woodstock community has welcomed us with open arms.”

“Everything I’ve heard about this community, this was the perfect place to locate this store,” he said.

The new Woodstock Dunkin’ will be open 24 hours a day, seven days a week.

According to a release from the company, next generation stores include a tap system to dispense iced coffee and other cold drinks, glass cases at the counter to display the doughnuts and a dedicated counter spot for mobile pick-up orders. The new stores are also designed to be more energy efficient.

The Chick-fil-A Dwarf House in Woodstock is reduced to a pile of rubble, as the restaurant chain prepares to replace it with a new Chick-fil-A.

Woodstock to require permits for vendors on public property

Vendors in Woodstock will not be able to sell goods and services on city property without a license or at city-sanctioned programs, when Woods…