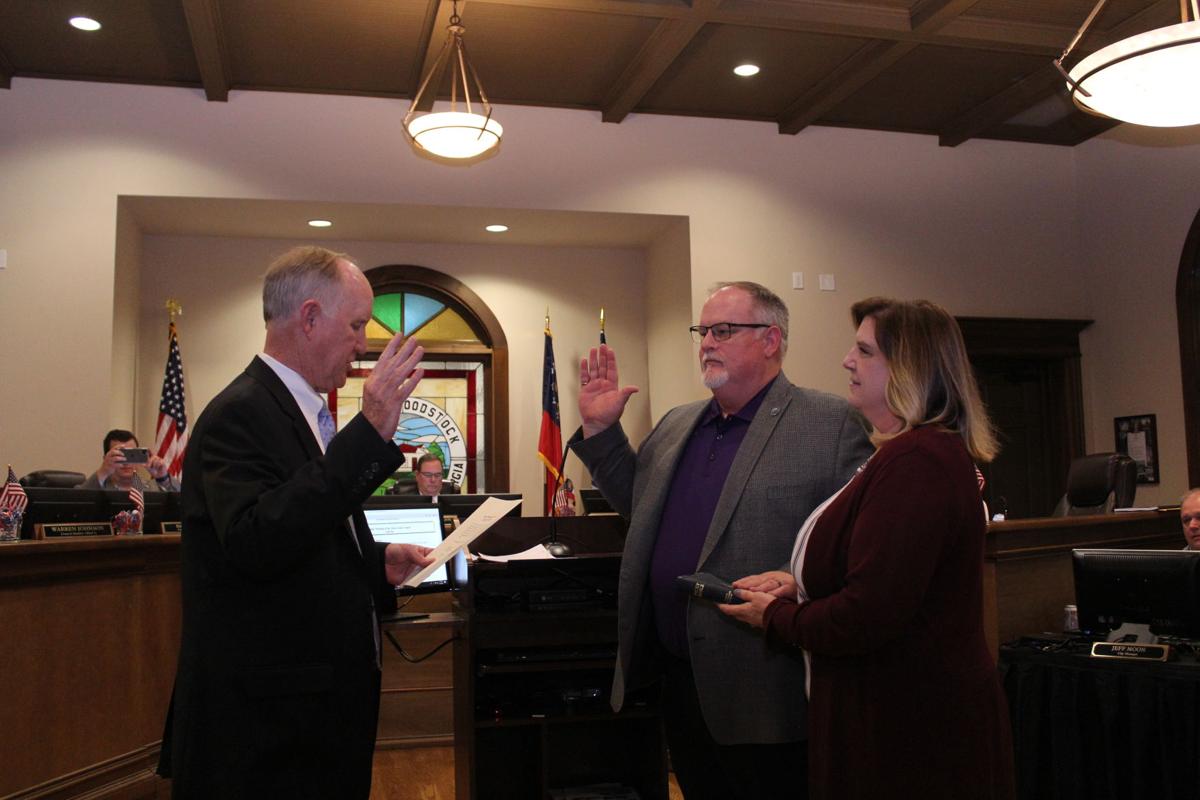 Councilman Rob Usher, with his wife Pamela Usher, is sworn in by City Attorney Eldon Basham. 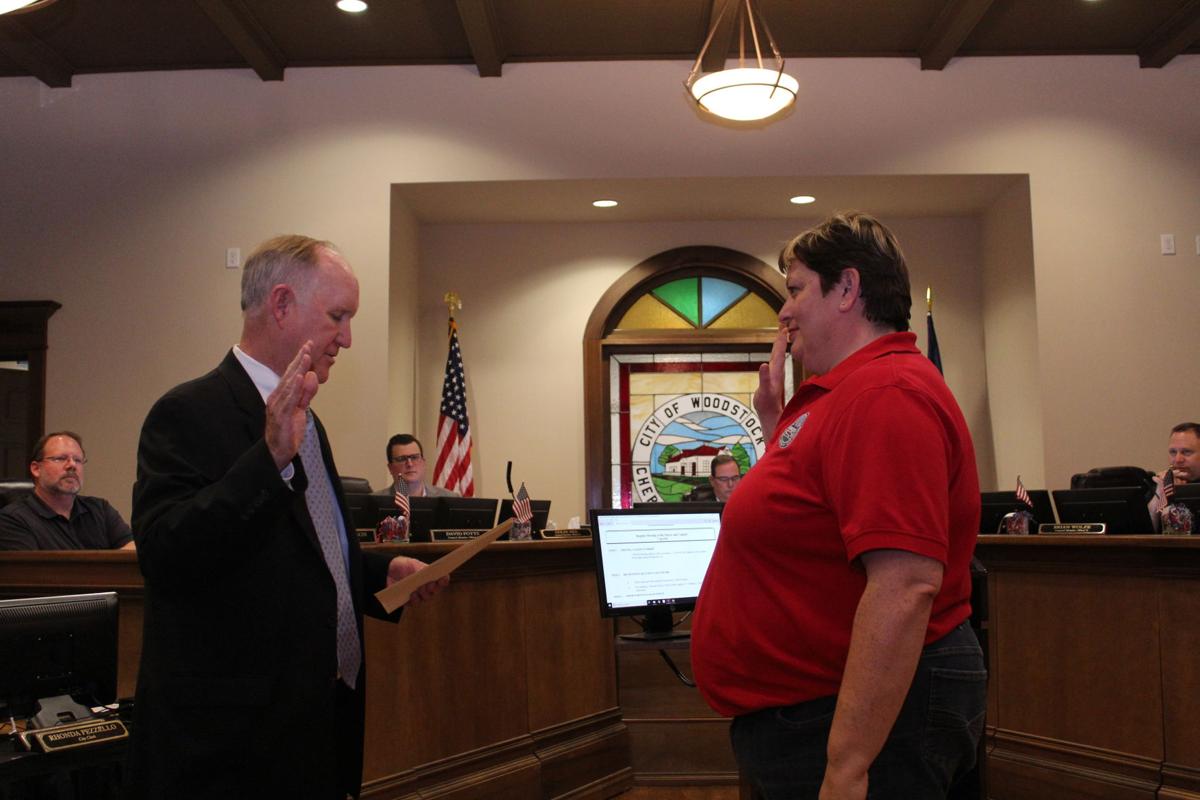 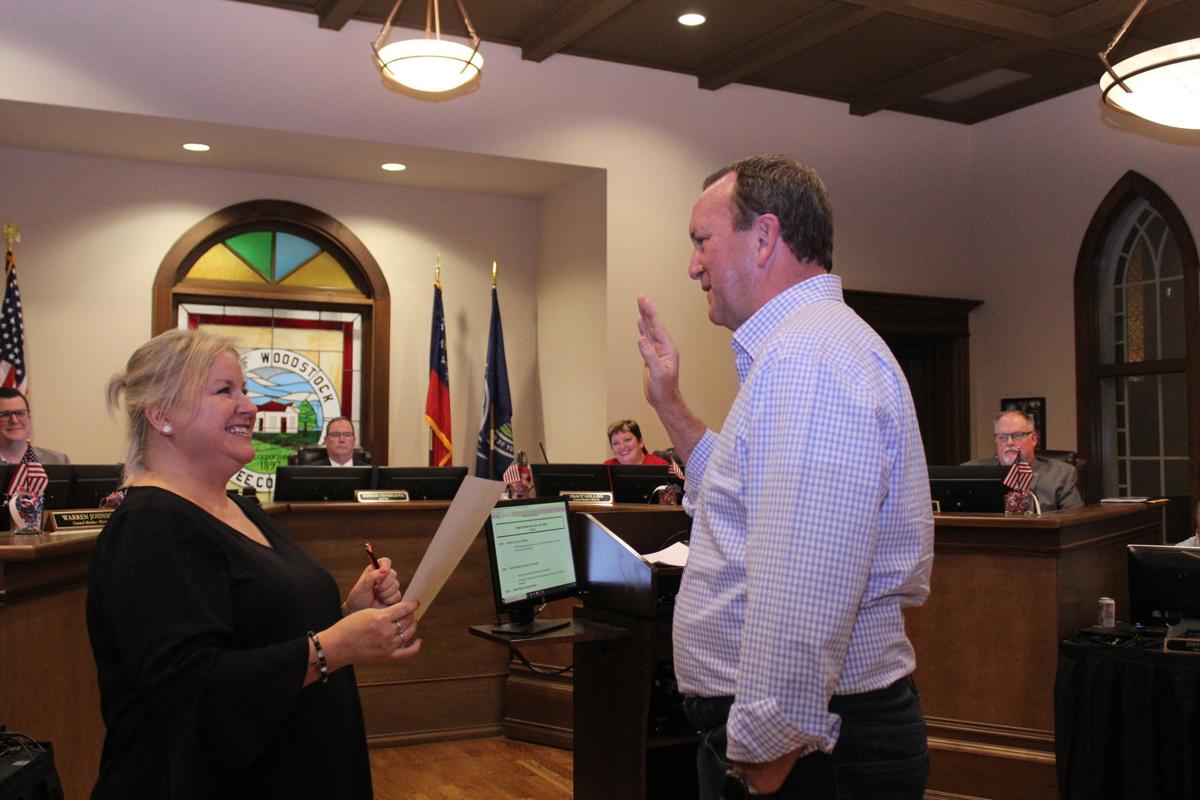 Councilman Rob Usher, with his wife Pamela Usher, is sworn in by City Attorney Eldon Basham.

WOODSTOCK — In their first meeting of 2020, the Woodstock City Council saw the swearing-in of returning members and the appointment of a new mayor pro tem, as well as some personnel changes.

Also at the meeting, the council:

♦ Appointed Brandon Williams to serve on the city’s planning commission, taking the place of Robert Tidwell, who is now the Woodstock municipal judge;

♦ Approved on second reading the annexation of 2.26 acres located at 297 Rope Mill Road, planned for a medical office building;

♦ Approved on consent a six-month contract with lobbyist firm The Hudson Group for $30,000;

♦ Approved an extension for variances and permits for the planned Chick-fil-A Dwarf House demolition and replacement with a Truett’s Chick-fil-A.

♦ Formalized an agreement to accept a road segment of Ridge Trail and asphalt topping and striping from developer Stanley Martin, in exchange for a 50% contribution of $22,000, to complete an extension to the Inwood II neighborhood. When the project is finished, Ridge Trail will be a connector road between Ridgewalk Parkway and Olde Rope Mill Road.

♦ Granted easement for sewer at Bell Park off Ridgewalk Parkway, where the developer Meritage Homes will do the installation and will build an emergency driveway for the neighborhood.

A three-story medical office building is closer to beginning construction on Rope Mill Road, after the Woodstock City Council on Monday approv…

WOODSTOCK - The owners of the Chick-fil-A Dwarf House in Woodstock plan to get an upgrade by opening a Truett’s Chick-fil-A at the location.

Henriques: Woodstock looking forward to 2020 after year of positive growth

WOODSTOCK— Woodstock is growing, business is booming and residents are safer, Mayor Donnie Henriques told an audience of city employees and ci…

The ongoing issue of the service delivery strategy between Cherokee County and its cities may be coming one step closer to a solution.

Planning commission rejects car wash and self storage on Highway 92