US appeals to proceed with 1st federal executio… 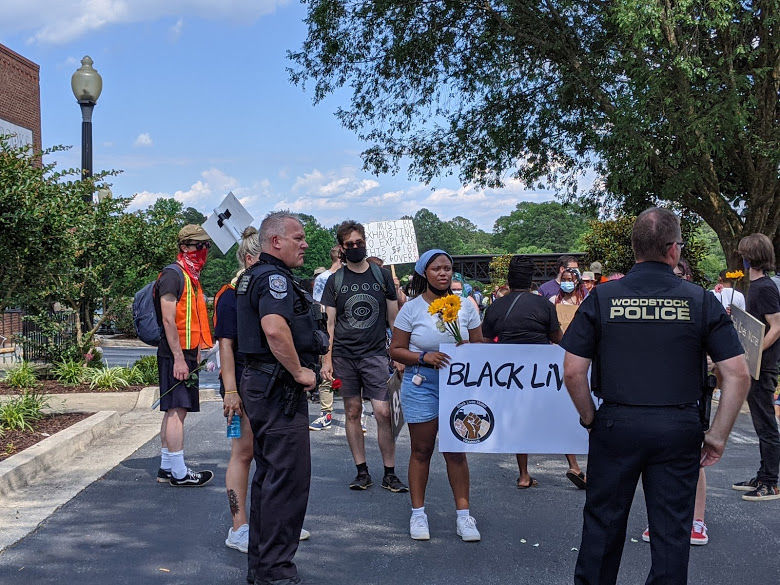 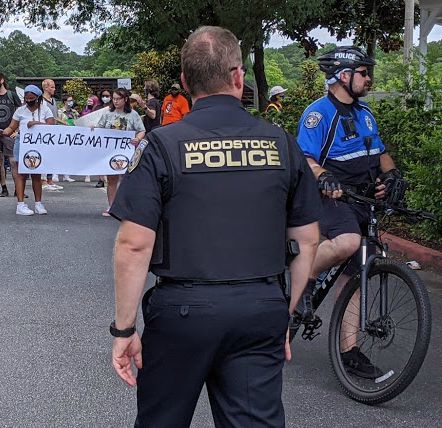 Woodstock police officers prepare to assist a group of more than 100 marchers in a recent anti-racism demonstration.

Woodstock police officers prepare to assist a group of more than 100 marchers in a recent anti-racism demonstration.

The Woodstock Police Department is one of a number of law enforcement agencies throughout the state taking part in a project to develop a new psychological test given to prospective police officers.

At the most recent meeting of the Woodstock City Council, the council members heard from Dr. Steve J. Sampson, a psychologist who has been working to create this new test. Sampson said there are 22 law enforcement agencies taking part in the validation of the test. The new test, he explained, will measure certain factors that have not been taken into consideration before.

In recent weeks, Sampson said he had 15 officers from the Woodstock Police Department take part in the validation process, while wanting to get at least 400 responses from officers throughout the state. By having a multitude of responses from a variety of locations, he said it would validate his efforts that much better.

Along with the test, Sampson said he wanted to discuss bias in law enforcement as well. Another concept that would go into the test would be a way to measure bias among prospective police officers, specifically racial bias. In the character part of the exam, he said ways to gauge factors such as empathy levels and conscientiousness were being included, but that his plans are to also include what he called “racial profiling” questions to analyze if and how people may be biased in their perceptions of others.

Following the presentation, the only question for Sampson came from Councilman Colin Ake. Ake asked if the test was going through an experiment process, where there would be a control group taking the test as well and the results between the two groups would be weighed. While it may be difficult to have a control group in place to compare results with, Sampson said a great deal of attention was being paid to all of the details involved.

“What I’m doing right now is, of the 445 items that I’m currently testing, I’m going to see which ones definitely show a trend or a sequencing of it, so that I can see that certain characteristics in all those traits tend to show if people get promoted, who tend to stay longer, who don’t tend to get into legal trouble and see if it predicts those kind of things based on the instrument,” he said.

Although the test is still in the validation process and some data remains to be collected, Sampson felt confident the test would be fully ready to go within the near future.

“I expect the test to be up and running in about three to four months,” he said.

More than 1,000 miles away from Minneapolis where the death of George Floyd during an arrest served as a spark for nationwide unrest, anti-rac…