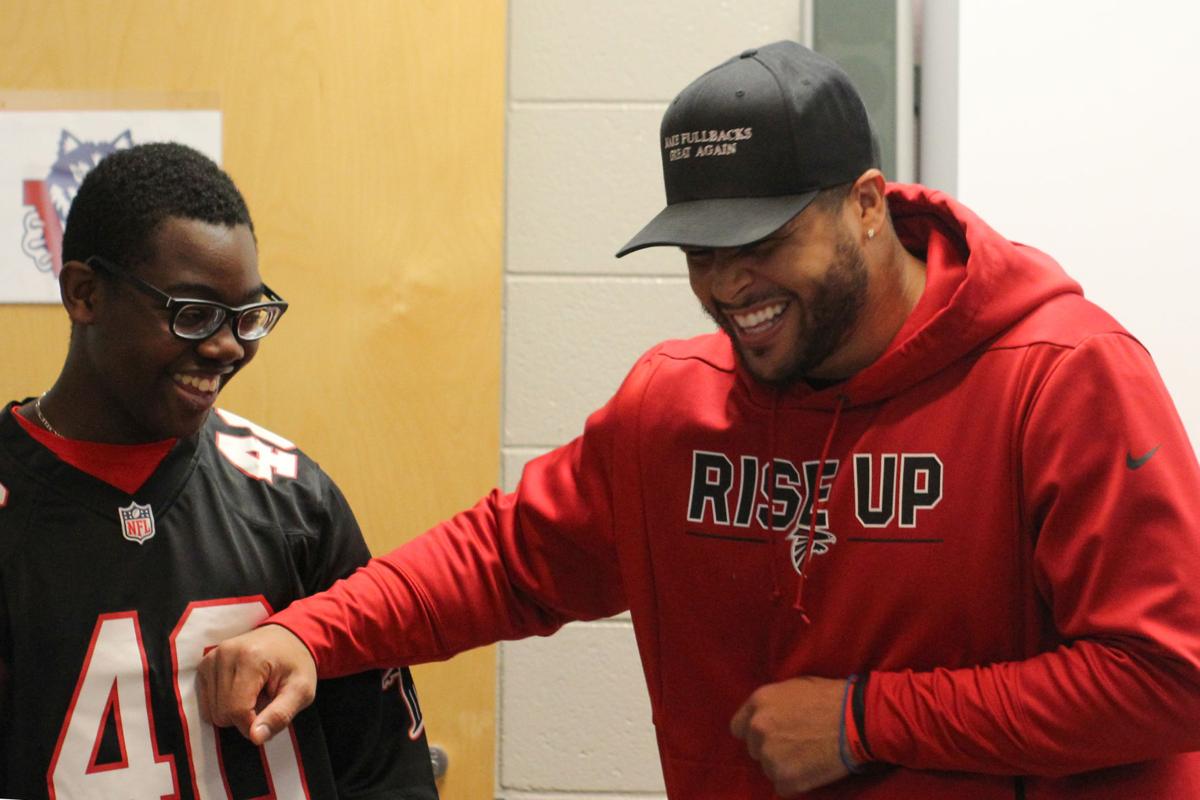 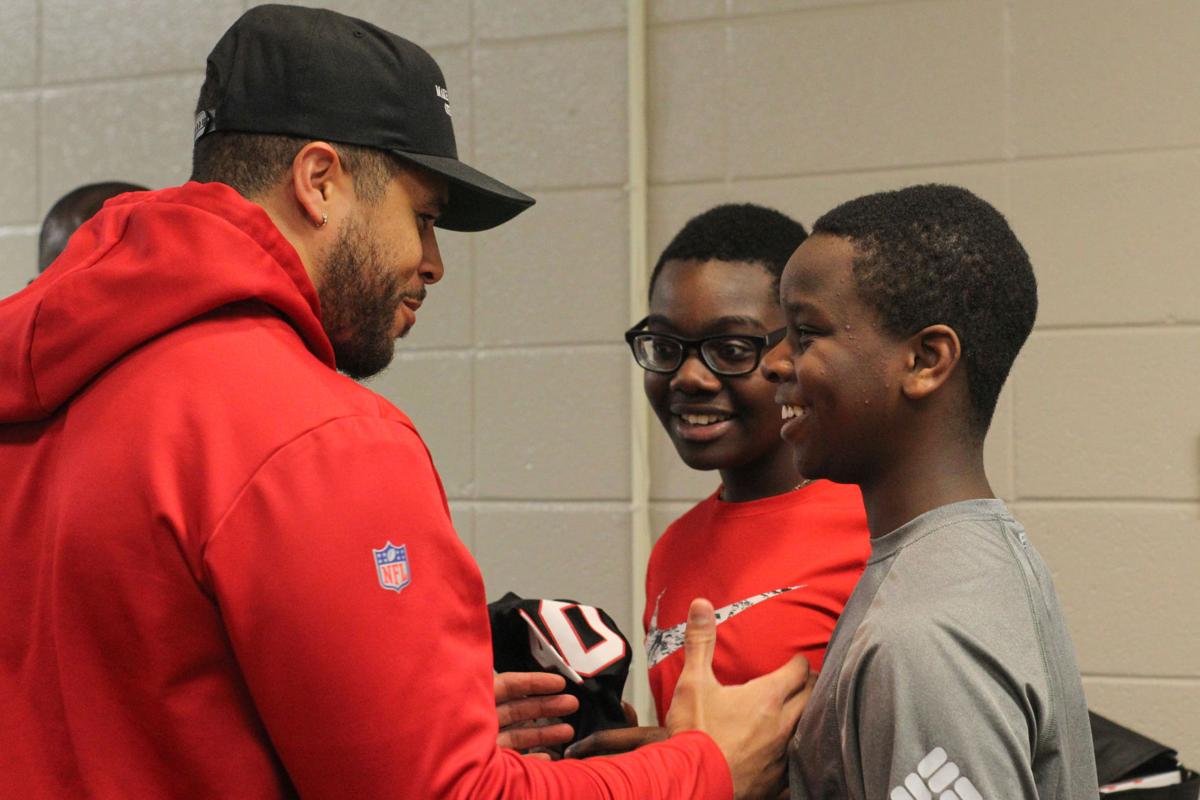 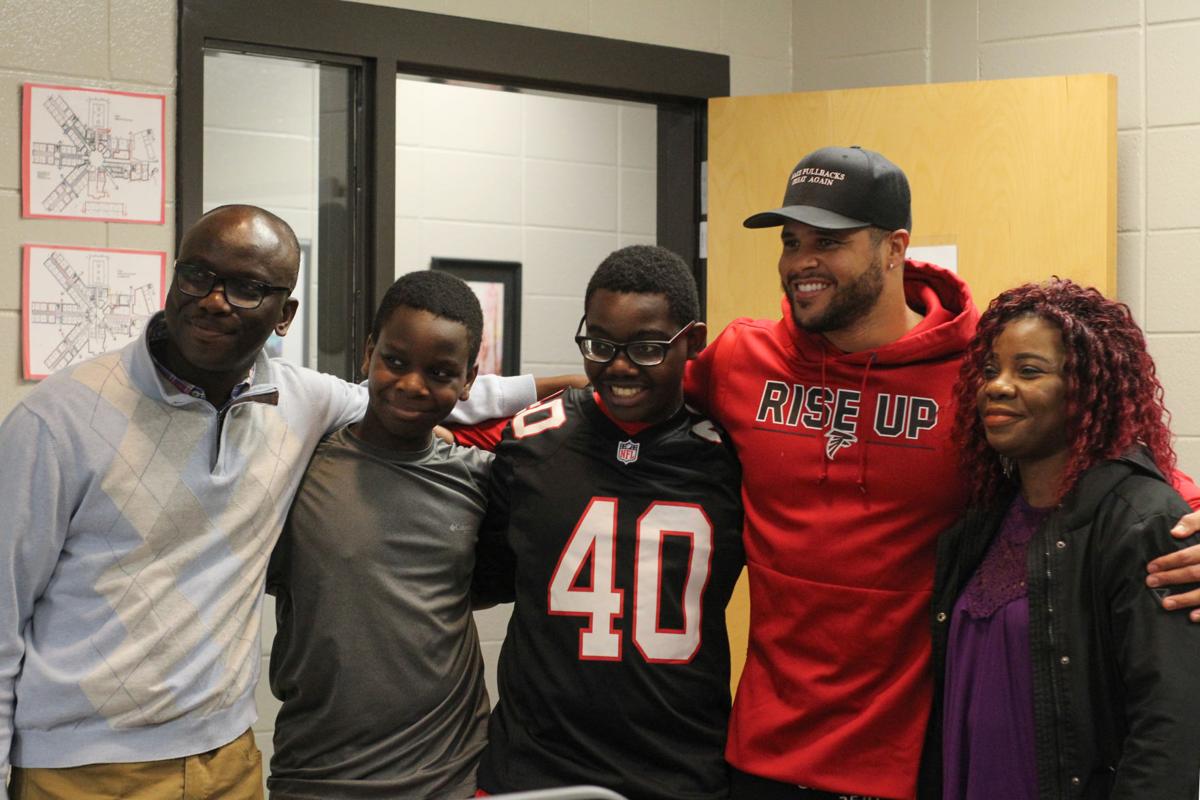 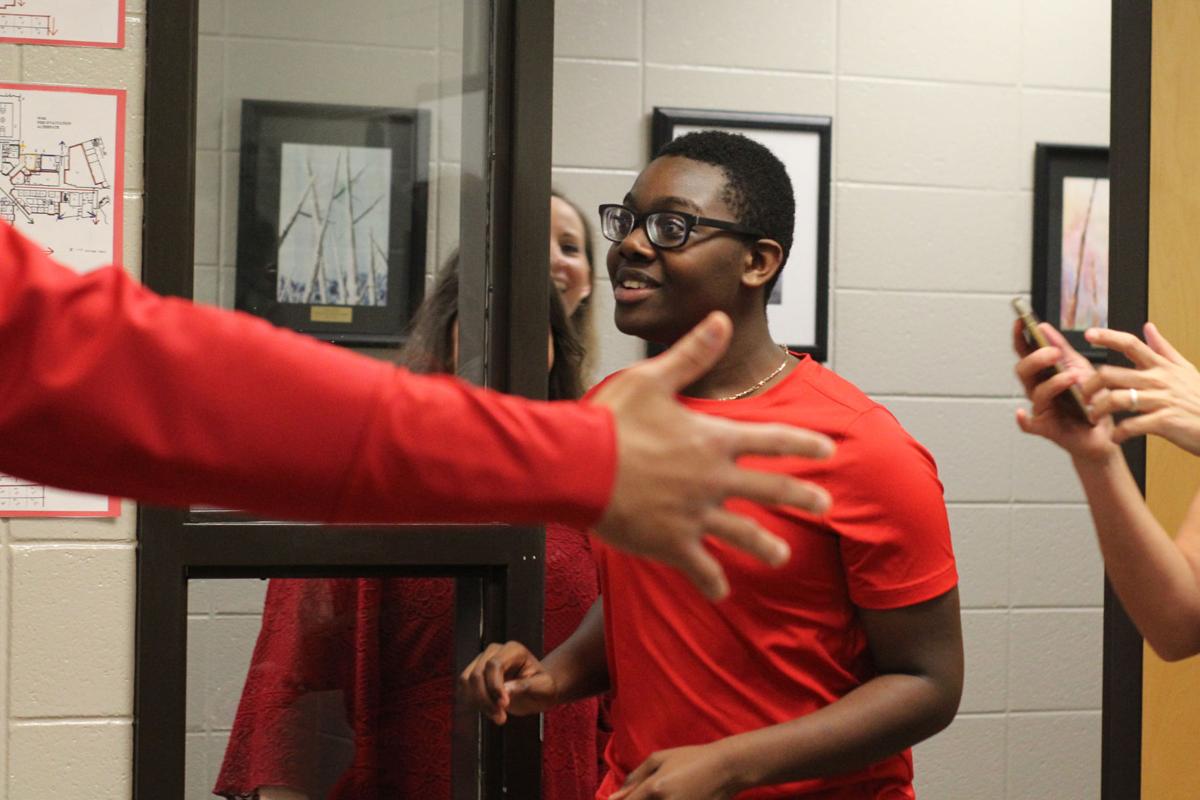 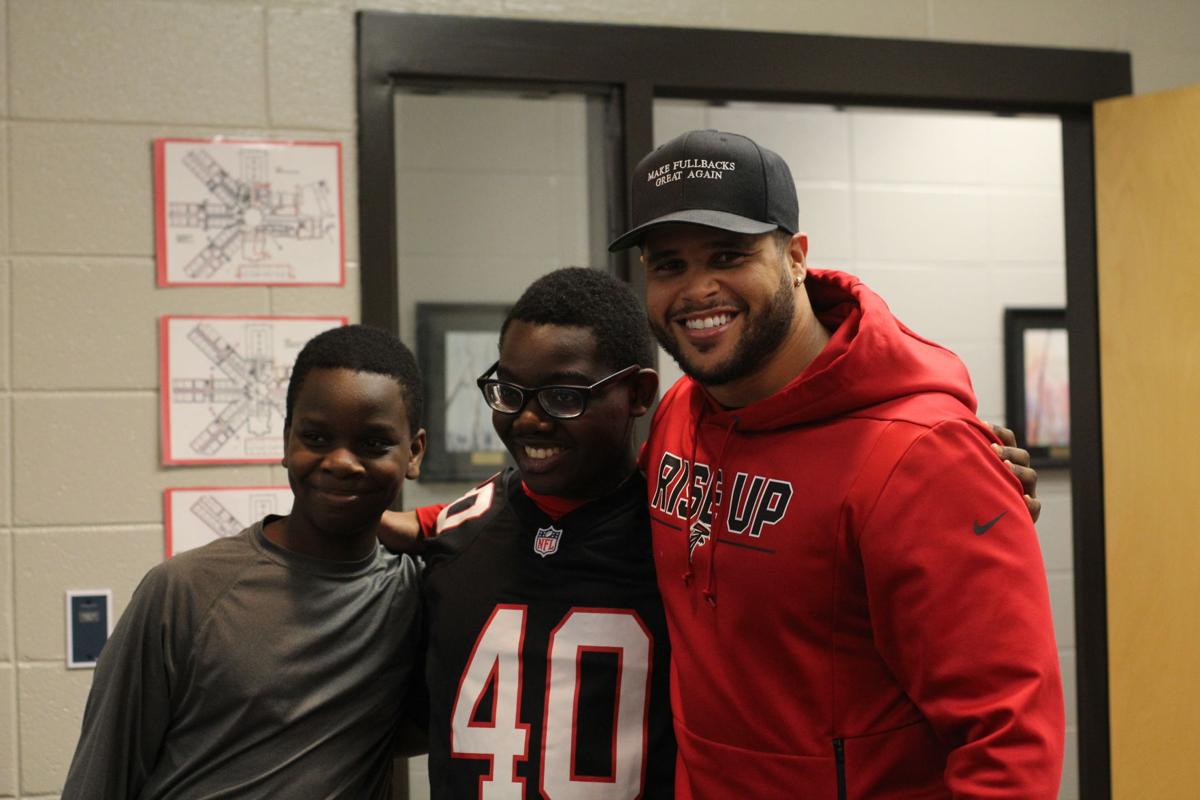 Jeremiah and Audric Agbavon were surprised with a visit from Falcons fullback Keith Smith at Woodstock Middle School.

Jeremiah and Audric Agbavon were surprised with a visit from Falcons fullback Keith Smith at Woodstock Middle School.

WOODSTOCK - Woodstock Middle School eighth grader Audric Agbavon is a huge Atlanta Falcons fan. On Wednesday, he received a new jersey and met one of his heroes in person: Keith Smith, a fullback on the team.

When Kayla Howell, a paraprofessional at the school, introduced him to Smith via a FaceTime video call two months ago, the two were fast friends. Later, he and some other students toured the Mercedes-Benz Stadium, and he found Smith's locker to take a picture in front of it. Since then, the 15-year-old has continued to talk to the Falcons player through video calls.

Thanks to Howell and school administrators, Smith was able to meet Audric for the first time and present him with a Falcons jersey with his number, 40. His parents, Chantelle and Kowou Agbavon, as well as his younger seventh grade brother, Jeremiah, were present for the special moment, and the family shared a Chick-fil-A lunch with the running back.

Audric has had limited vision since birth, and despite multiple surgeries continues to have myopia, or nearsightedness, in one eye. But his parents say he intently watches football games at home.

"He always likes to watch the Falcons; he asks me to get him the shirts," Chantelle Agbavon said.

Smith took a few minutes to encourage his new friend after surprising him at the school.

"This is my gift, that I get to meet you, not the other way around," he said to Audric. "You're special; you've got gifts."