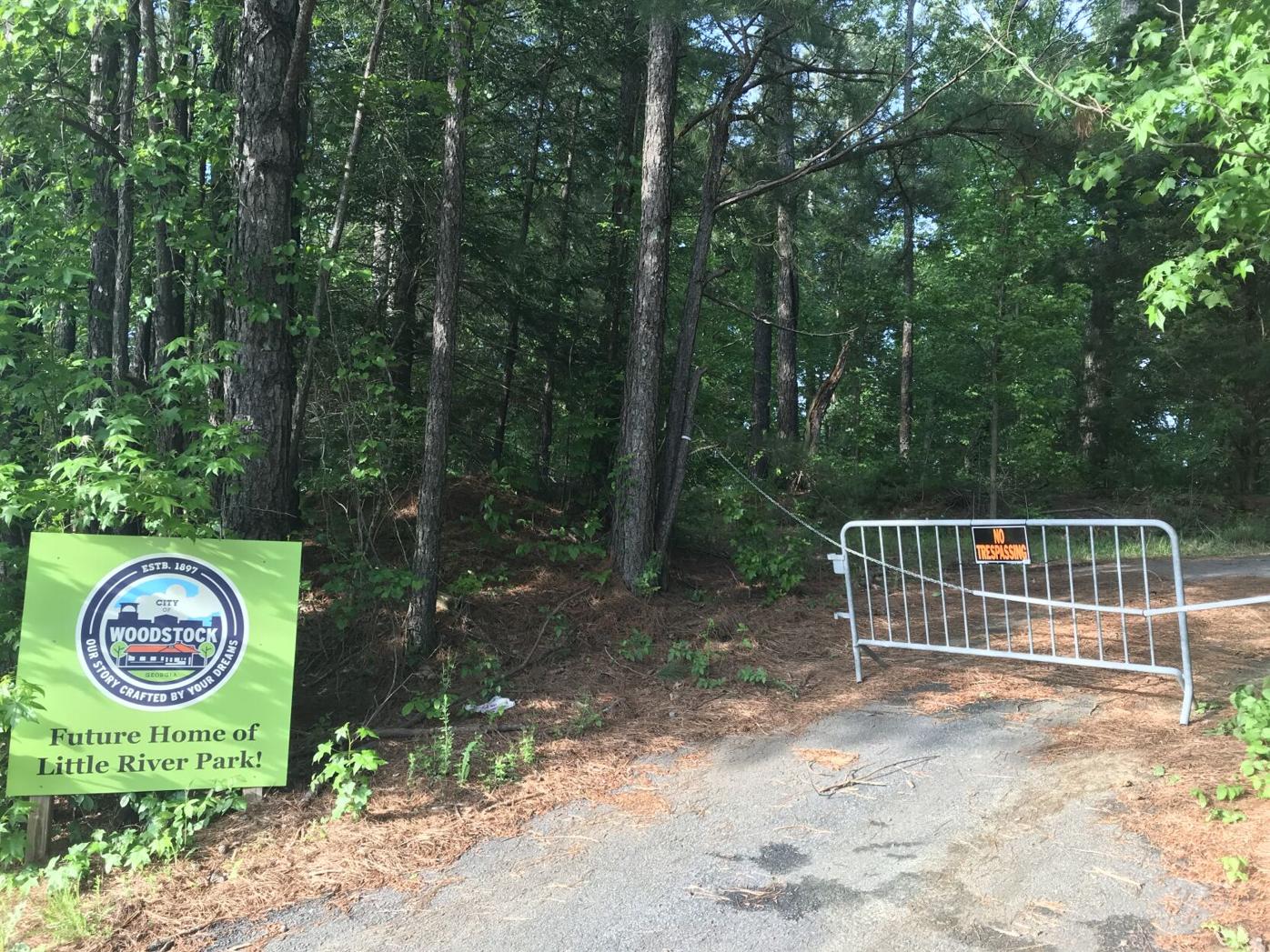 The Woodstock City Council approved a master plan for the development of Little River Park. In the area of the park located closest to Trickum Road, park amenities will include a treehouse trail, a playground and a pond for fishing and learning how to operate canoes, kayaks and paddleboards. 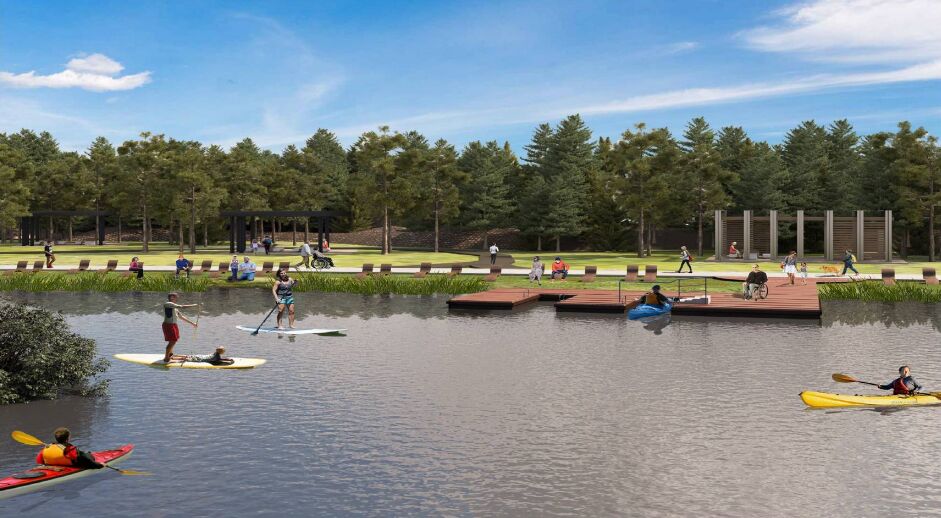 Park renderings shown to the Woodstock City Council included a depiction of the pond near Trickum Road being turned into a place for fishing, or learning how to canoe, kayak and paddleboard. 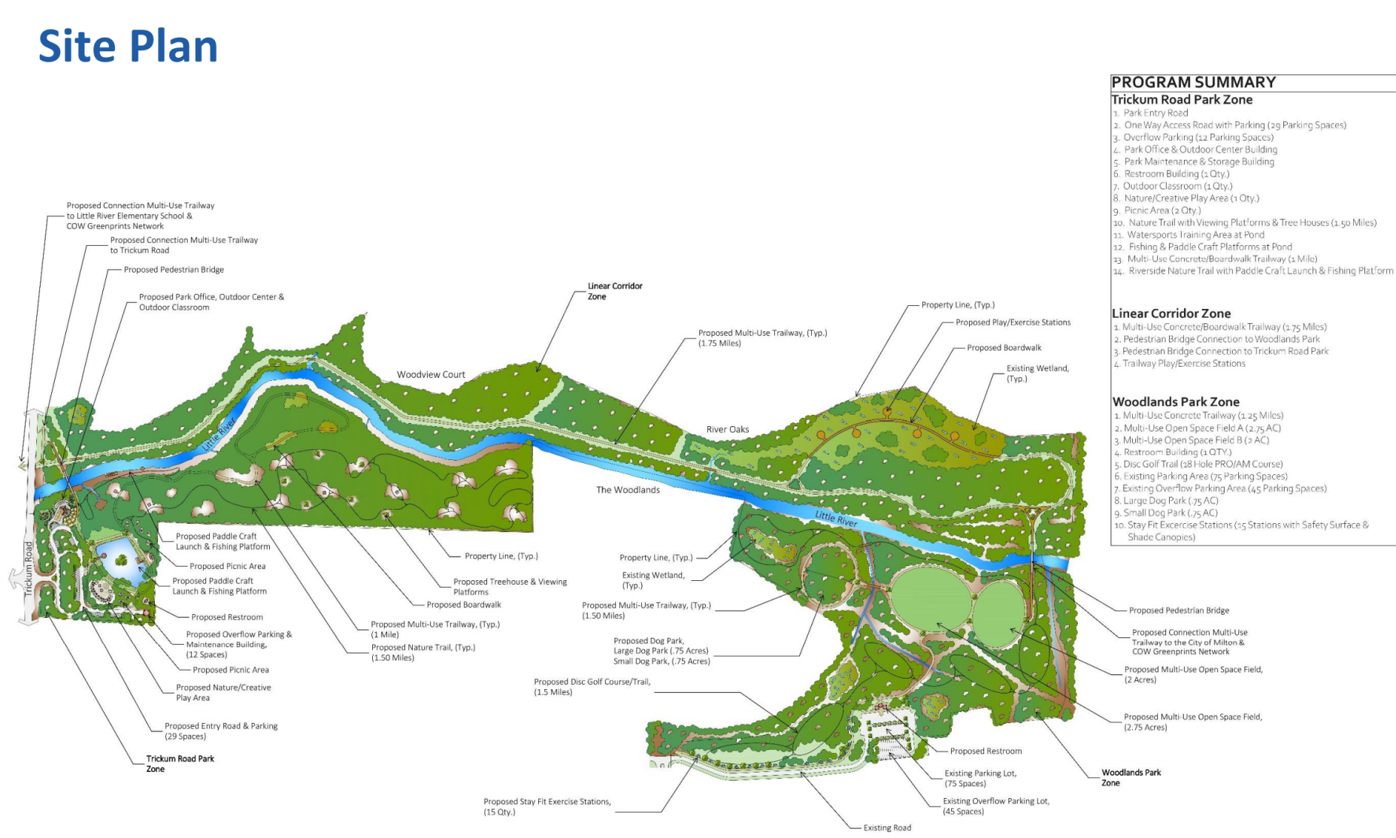 A map shows plans for the upcoming Little River Park, which will be over 100 acres. 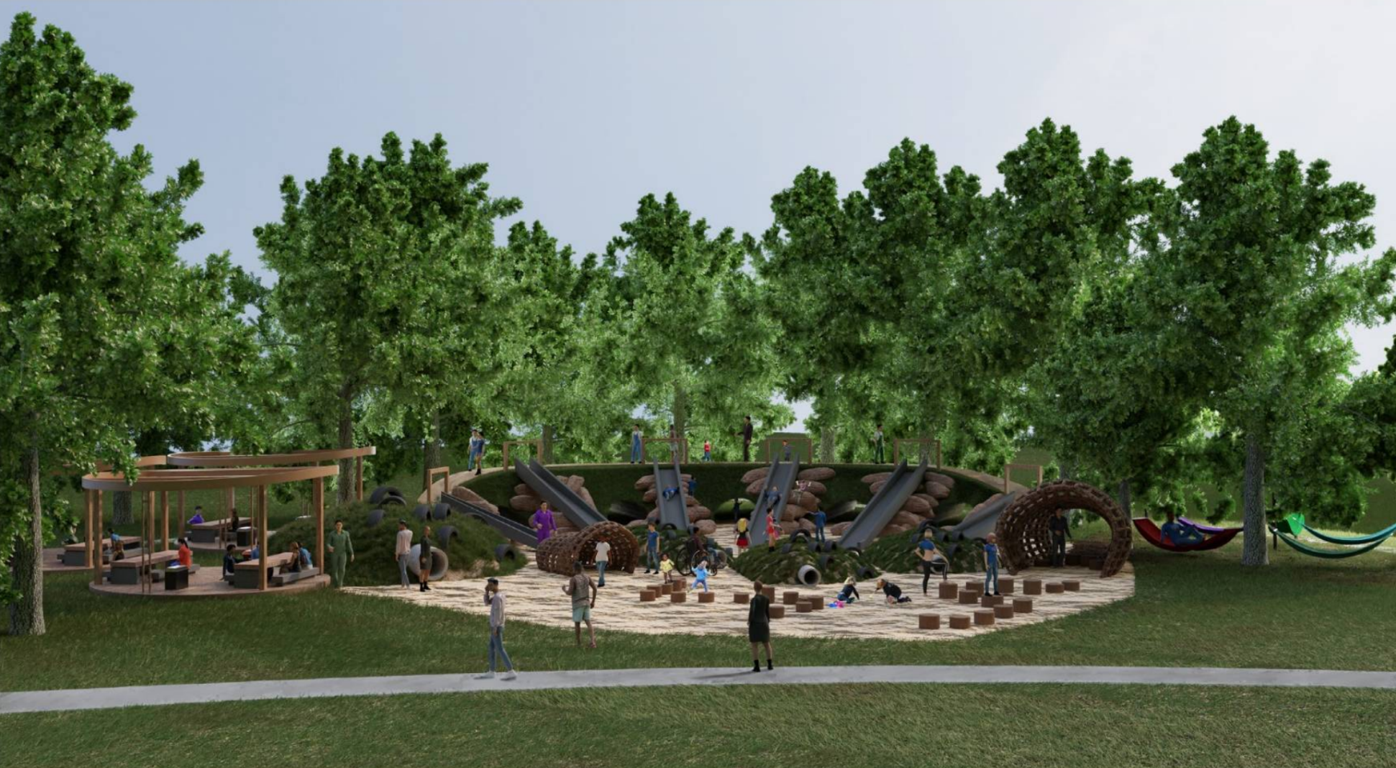 A new park along Little River in Woodstock is closer to becoming a reality.

Plans for the park include a pond with fishing, canoeing and kayaking, a treehouse trail, boardwalk, a dog park and more.

The park will be over 100 acres off Trickum Road near Barnes Road, and Little River runs through the property. There is not yet a timeline for when the park will open, according to city officials.

Liz Cole with the Earth Elements development firm, which worked with the city to put together the plan, said a lot of work had gone into it, including public input meetings with area residents.

There are three zones included in the master plan, Cole explained. The first area, the Trickum Road Park Zone, measures 35 acres and includes amenities like a treehouse trail, a playground and transforming a pond already on site into a place where visitors could fish or canoe, kayak and paddleboard.

Visitors crossing a second bridge across Little River would then be able to access the third zone of the park, the Woodlands Park Zone. This 34.5-acre zone already has a developed park space on it, including a pair of open fields. The fields would remain in place once Little River Park is developed, with other amenities in the zone including dog park areas and a disc golf course, Cole said.

Mayor Donnie Henriques asked at Monday’s city council meeting if the water in the pond in the Trickum Road zone would be safe enough for water activities to be held there. Cole said the water had been tested and was shown to be safe, although another test would be conducted before the park was officially opened to the public.

Ake also asked Cole if there had been conversations with the Woodlands Homeowners Association, representing a neighborhood adjacent to the proposed park, during the development process. Cole responded the homeowners association had been heavily involved in the process. The HOA had been incredibly supportive of the new park, although Cole said its main concern was the traffic this park could generate.

Councilman David Potts asked if the site was big enough for 5K races to be held in the park. If a boardwalk was added between the Woodlands side of the park and the Trickum Road area along the south side of Little River, the park’s loop would be just shy of being able to effectively host a 5K race, Cole said.

The Cherokee County School District is celebrating its annual Yes I Can Award winners.

Taste of Eden: Juice and smoothie shop coming to downtown Woodstock in June

WOODSTOCK — Eden, a shop focused on serving healthy smoothie and juice options to the community, is coming to downtown Woodstock in early June.

As people across the country prepare to honor their mothers Sunday, the Tribune asked people in the Cherokee County community their favorite m…

WOODSTOCK — The Woodstock City Council will hear an appeal May 24 related to a proposed 286-unit apartment complex on Ridgewalk Parkway.