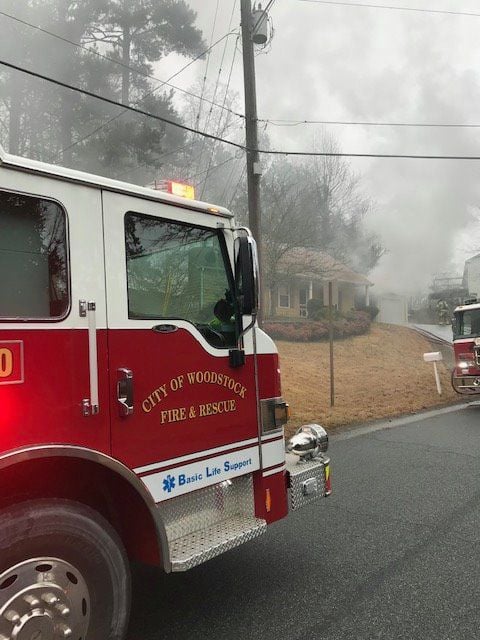 Woodstock and Cherokee County firefighters responded in January to reports of a car explosion and small fire in the garage of a home on Colemans Bluff Drive. 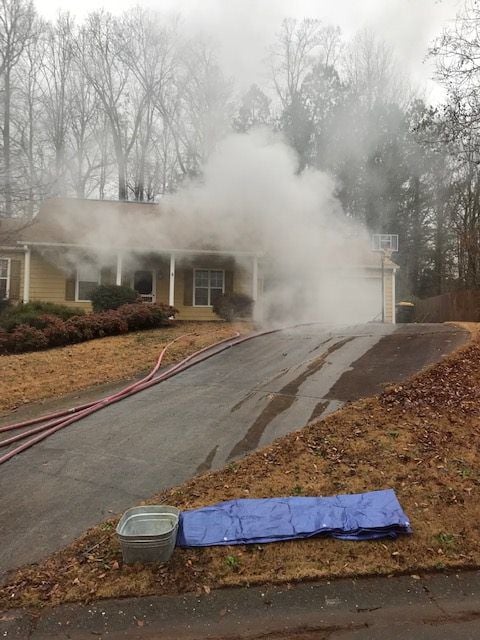 The city of Woodstock is urging Cherokee County officials to reverse a recent decision to remove the Woodstock Fire Department from a list to respond to some calls to unincorporated addresses.

Woodstock and Cherokee County firefighters responded in January to reports of a car explosion and small fire in the garage of a home on Colemans Bluff Drive.

The city of Woodstock is urging Cherokee County officials to reverse a recent decision to remove the Woodstock Fire Department from a list to respond to some calls to unincorporated addresses.

WOODSTOCK — The city of Woodstock is urging Cherokee County officials to reverse a recent decision to remove the Woodstock Fire Department from a list to respond to some calls to unincorporated addresses, saying public safety is at stake.

Historically, the two entities have had a partnership known as automatic aid, in which the closest available fire station responds to a given call, regardless of which jurisdiction the property is in. But Oct. 22, Cherokee County staff altered automatic aid to remove Woodstock Fire from a list of backup fire engines to some calls that they previously would have been dispatched to.

Woodstock City Manager Jeff Moon said the change was made without notifying the city or the Cherokee County Board of Commissioners. Fire Chief Dave Soumas found out his department had been removed from the list when firefighters noticed they hadn’t been dispatched to a specific call.

Though Woodstock Fire is no longer receiving dispatches to certain Cherokee County calls in Canton and the northern part of the county, Cherokee County Fire and Emergency Services is continuing to respond to Woodstock calls.

“They’re punishing their own residents,” Moon said at the Woodstock mayor and council meeting Monday.

The county and most of its cities are in mediation after failing to work out a service delivery agreement required by the state.

Moon recalled that both Cherokee County and Woodstock fire departments were there when his home was totally involved in a fire after lightning struck in 2014.

“Cherokee County needs to stop playing games with public safety over service delivery strategy before someone gets hurt,” Moon said.

Council members authorized the mayor to write to the county commissioners to ask that they reverse the change.

“I think that playing around with safety is a problem,” said Councilman Rob Usher. “They’re changing what we vote on and the commissioners vote on without telling either one of us, something’s wrong here. That’s something that needs to be corrected.”

Johnston told the Tribune the decision was made after Moon and Soumas publicly said Woodstock Fire was responding to unincorporated county calls more than the other way around.

“We’ve heard City Manager Moon describe an imbalance in cross-jurisdictional fire dispatches, with Woodstock responding outside the city more often than the county responds inside. So it was reasonable for County Fire to develop a plan to better balance the dispatches,” Johnston said in an email. “But I’m surprised that it was done without discussion with, or even informing, the Woodstock Fire team. I understand there were some unsuccessful attempts to meet.”

In an email to Woodstock city officials, Johnston apologized that there had not been a discussion with the city about the changes.

“I want a positive city-county relationship. I want to get past the current annexation, SDS and any Fire issues as quickly as practical. I hope we can avoid future conflicts and work together as seamlessly as possible for the good of both city and county,” Johnston said.

Note: This story has been updated to clarify that Woodstock Fire was removed from a list to be dispatched to some, but not all, addresses in unincorporated Cherokee County that they previously would have been called to.

Most Woodstock city employees will get a raise under new system

The majority of City of Woodstock employees will see an increase in pay, following the results of a recent compensation study.

Some weekend public library hours are being cut in Canton and Woodstock effective Oct. 1, officials said, in response to a $55,000 reduction i…