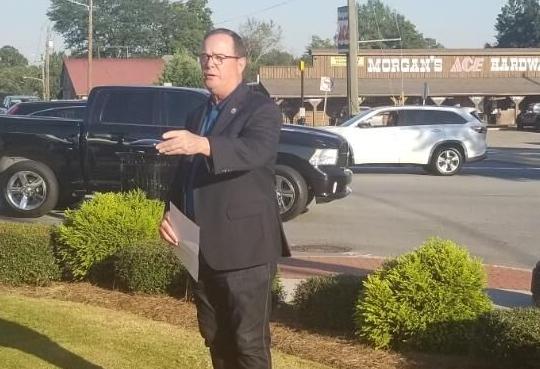 Woodstock officials stand with shovels at the corner of Main Street and Towne Lake Parkway to mark the groundbreaking for the city's Hub Transformation Project. 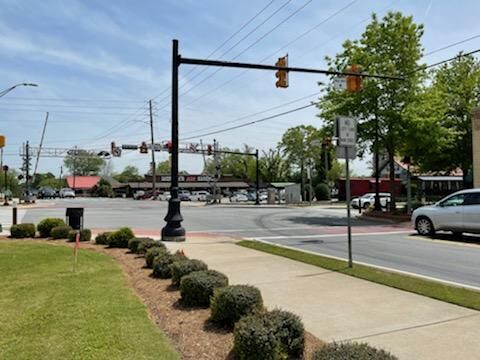 The intersection at Main Street and Towne Lake Parkway is one of several areas targeted for road improvements in Woodstock’s Hub Transformation Project. 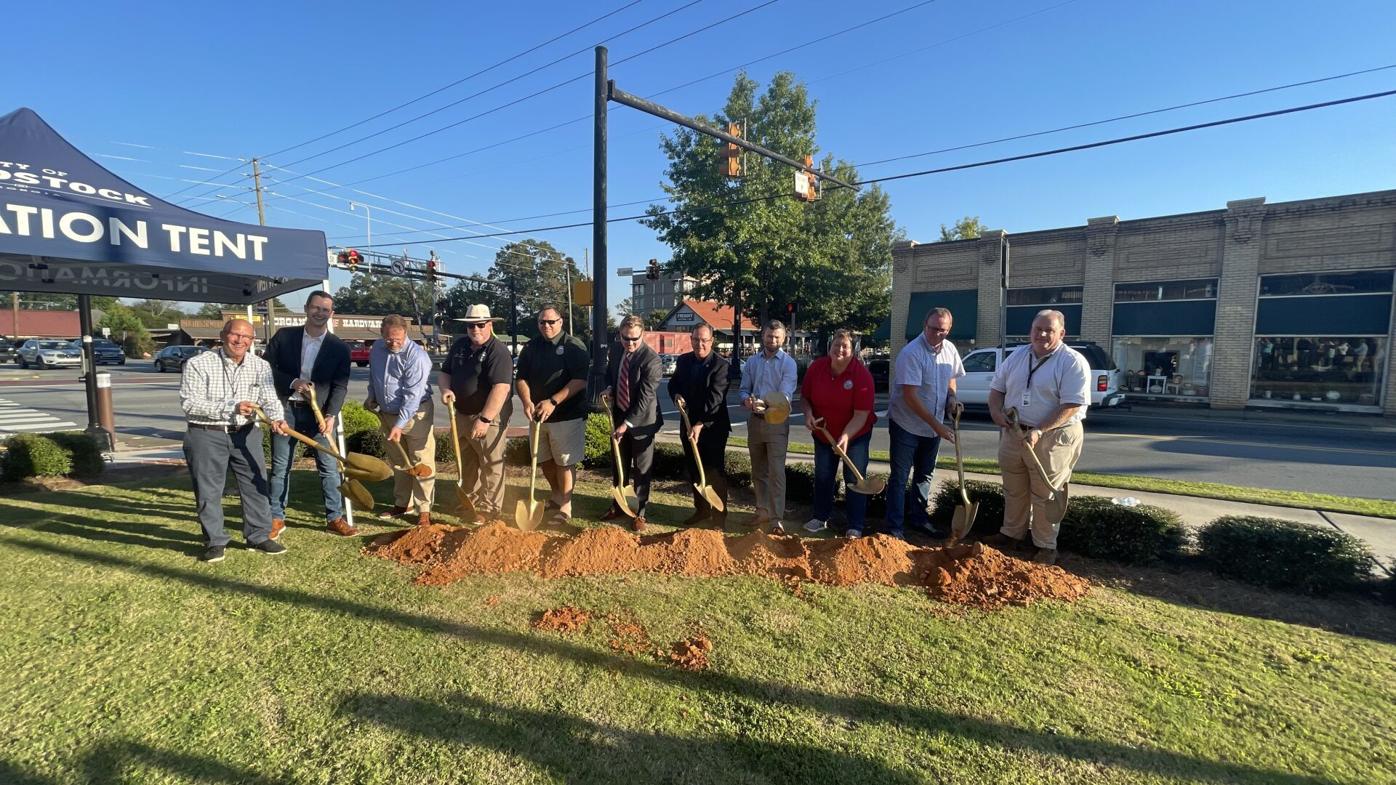 Woodstock officials stand with shovels at the corner of Main Street and Towne Lake Parkway to mark the groundbreaking for the city's Hub Transformation Project.

The intersection at Main Street and Towne Lake Parkway is one of several areas targeted for road improvements in Woodstock’s Hub Transformation Project.

Woodstock broke ground Monday on its “Hub Transformation Project”, which the city says will significantly improve traffic flow and boost pedestrian mobility in the downtown area.

Two-way traffic along Mill Street will improve the efficiencies of grid streets to allow vehicle access westbound without the need to use Main Street, the city said.

In March, Assistant City Manager Rob Hogan told the Woodstock City Council the popularity of businesses near Mill Street and Main Street, including Truck and Tap and Reformation Brewery, had increased, and a “high percentage” of cars exiting these businesses need to go west on Towne Lake toward Interstate 575.

Converting Mill Street to two-way traffic will allow northbound traffic on Main Street to turn left onto the roadway to head west toward 575 without having to travel further to the Towne Lake Parkway/Main Street intersection.

The city expects the Mill Street two-way conversion will be the last in a string of improvements slated in its Hub Transformation project, and travelers can expect lane closures along the roadway, but the street will remain open for traffic.

Along with improved traffic flow, sidewalks will also be installed on Mill Street for pedestrians.

The addition of a left turn on Towne Lake Parkway onto Main Street also aims to improve traffic flow downtown.

In a Sept. 15 edition of The City of Woodstock Podcast, Hogan said this solution for drivers wanting to turn left onto Main Street came about over 10 years ago, but it is no longer viable.

“That was a really good solution then…but once traffic started picking up after the Great Recession, it became less and less of a good solution,” Hogan said. “In fact, it became more of a problem.

The Mill Street intersections at Pinehill Drive and Paden Street are also slated for improvements under the project.

“We believe the Hub Transformation Project will be one of the most significant projects the city has been involved in to reduce congestion and improve efficiencies for traffic in the downtown area” Hogan said in a city newsletter. “The culmination of the three smaller projects will improve seven streets and six intersections while major construction is concentrated at two points.”

Woodstock received a total of $3.25 million to help fund the project, including a $1.25 million grant through the Georgia Transportation Infrastructure Bank and a $2 million loan from the State Road and Tollway Authority.

The city projects the total cost will be about $5.3 million, including the grant and the loan.

Construction is slated to begin this fall and will be phased to mitigate construction-related traffic issues. The city expects all phases of the project to be completed in summer or fall 2022.

WOODSTOCK — The Woodstock City Council is slated to vote on potentially authorizing a study on the city’s housing market Monday night.

CHEROKEE COUNTY — Cherokee County will put traffic along Old Highway 5 under the microscope in the coming months.