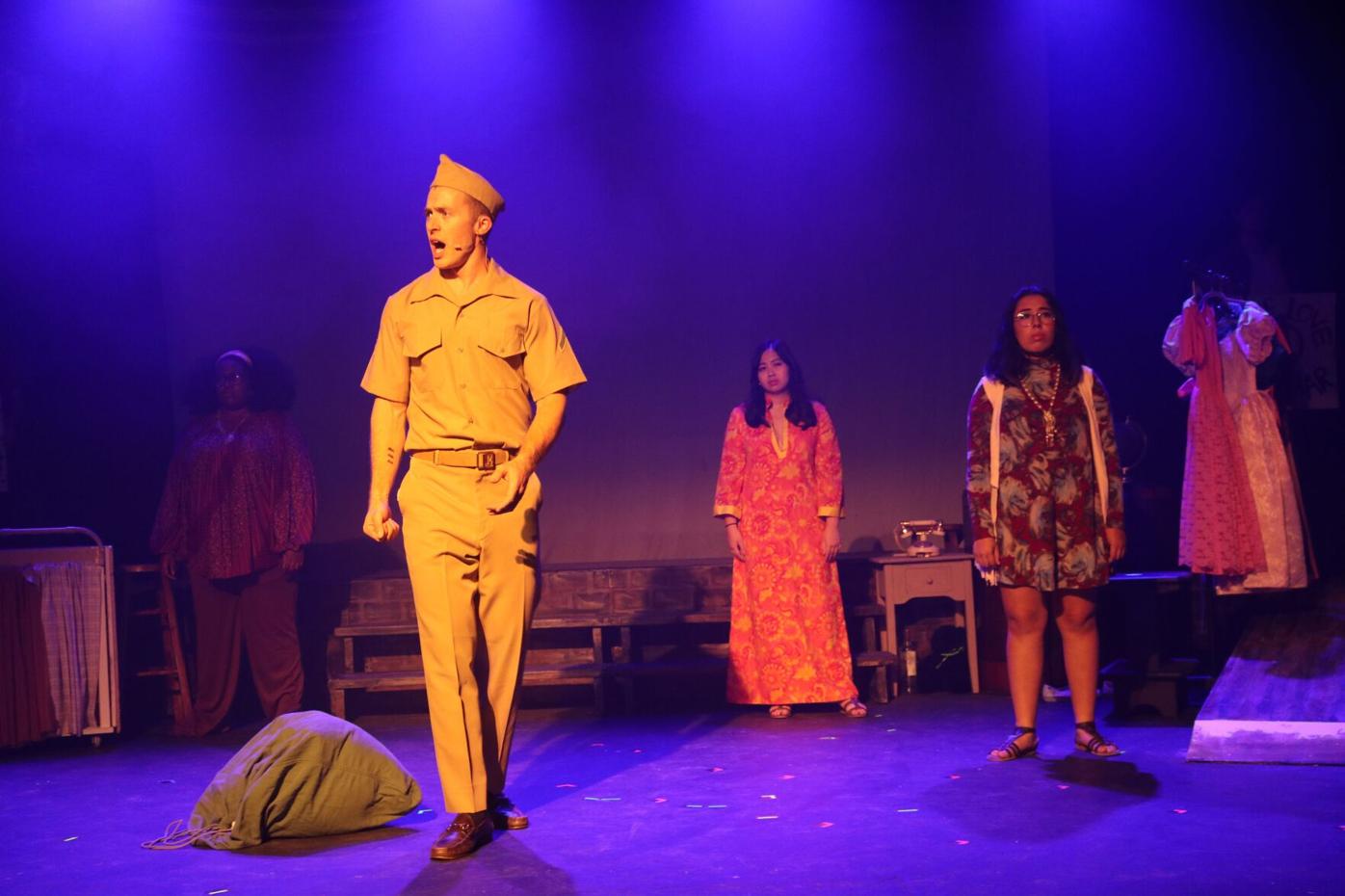 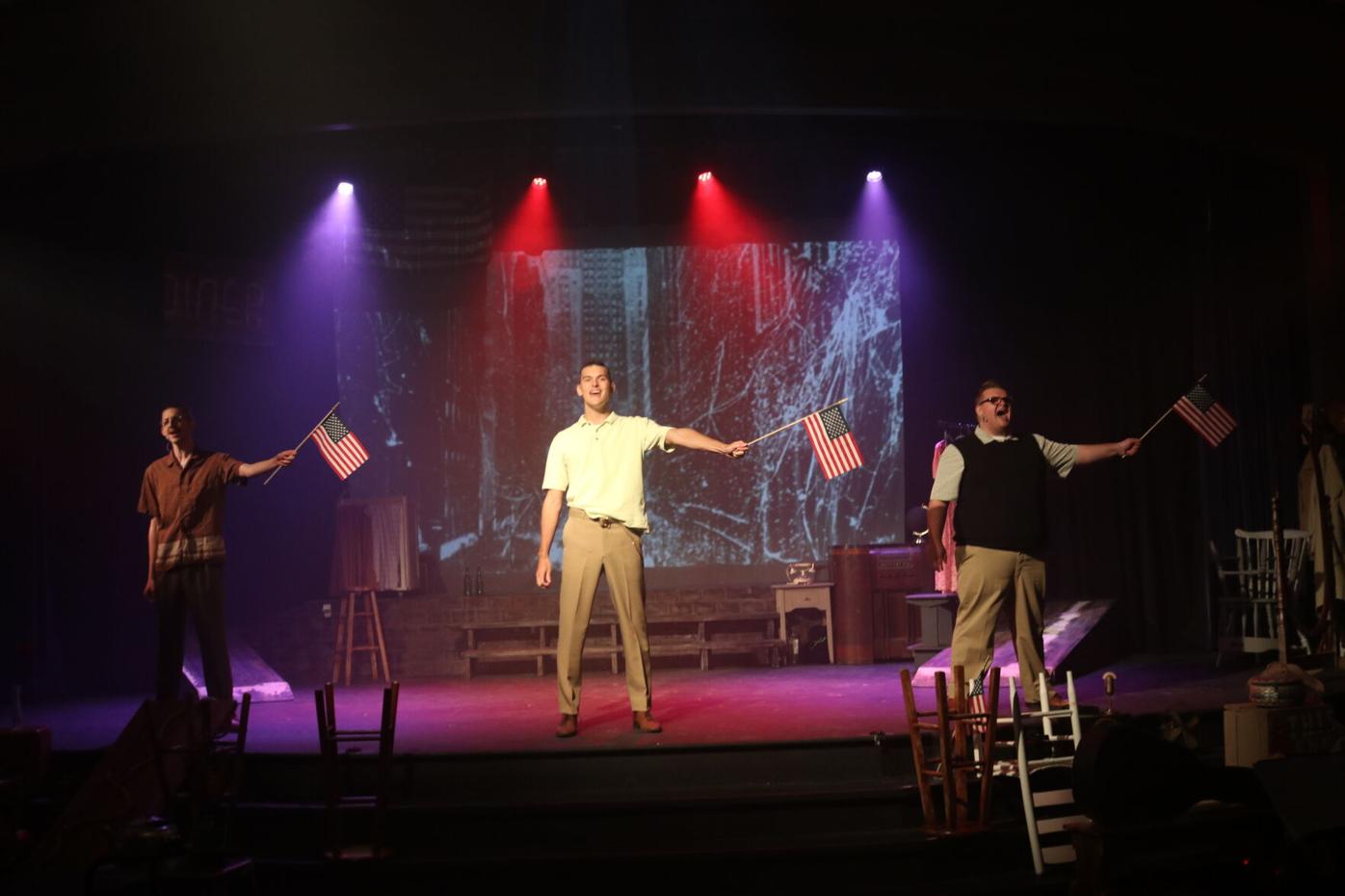 An archival photo of the Woodstock Arts production of Dogfight, featuring (L-R) Caleb Price as Marine, Andrew Horton as Bernstein, and Bennett Morgan as Boland. 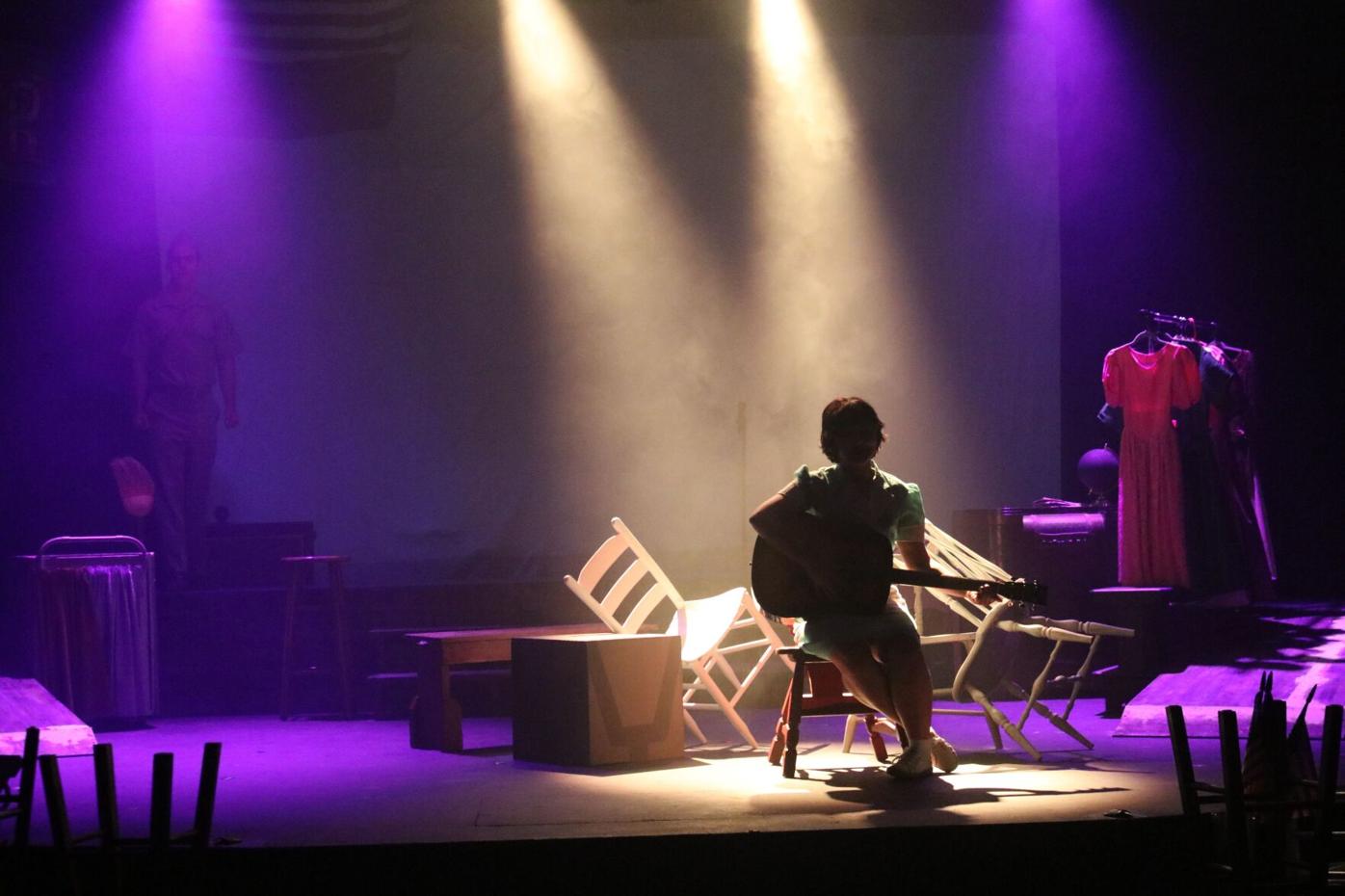 An archival photo of the Woodstock Arts production of Dogfight, featuring (L-R) Truman Griffin as Eddie Birdlace and Kinsey Erin as Rose. 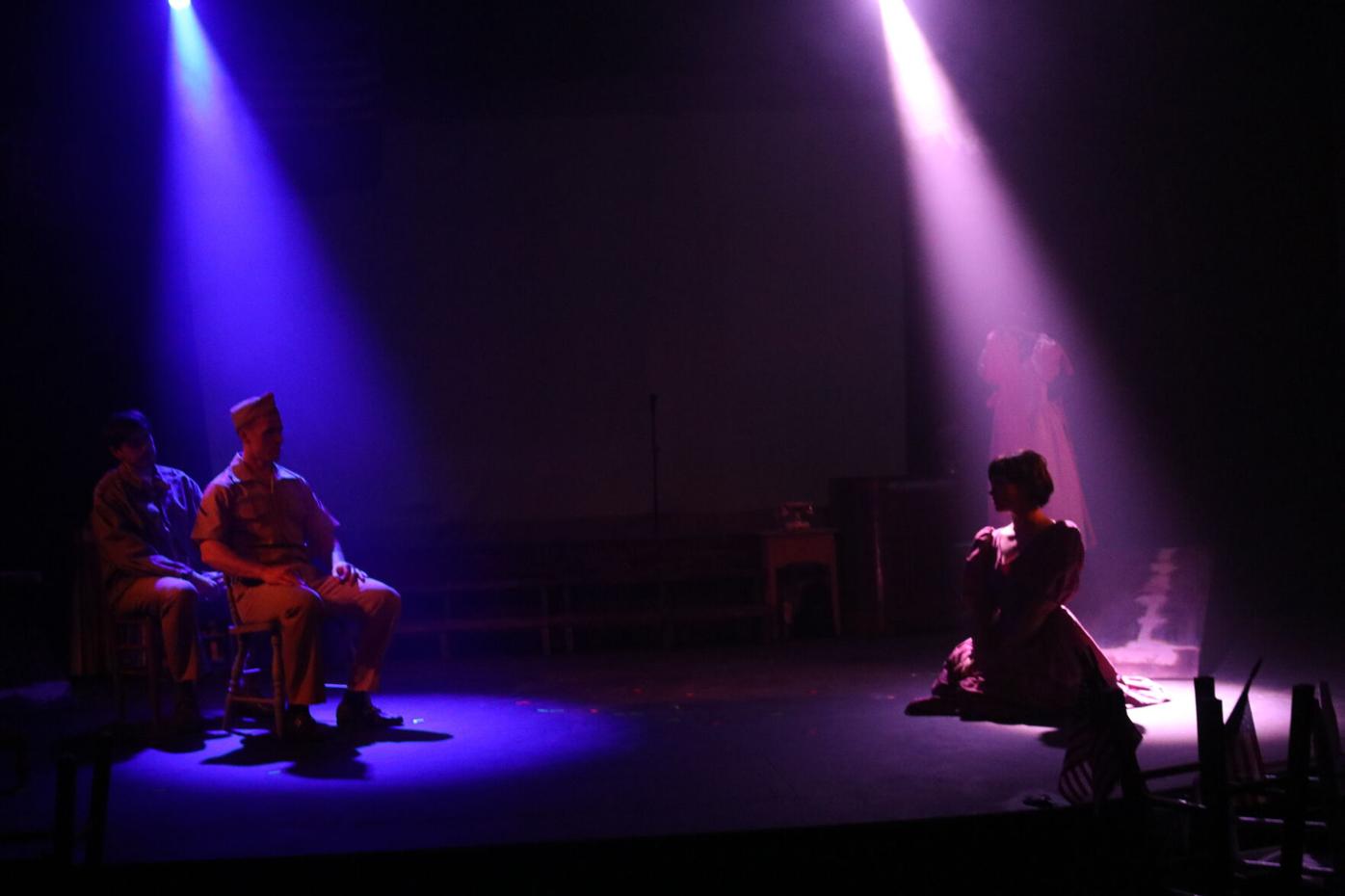 An archival photo of the Woodstock Arts production of Dogfight, featuring (L-R) Caleb Price as Marine, Andrew Horton as Bernstein, and Bennett Morgan as Boland.

An archival photo of the Woodstock Arts production of Dogfight, featuring (L-R) Truman Griffin as Eddie Birdlace and Kinsey Erin as Rose.

Woodstock Arts’ production of “Dogfight,” a musical inspired by the veteran experience of the Vietnam War and the 1991 Warner Brothers film, is running through Nov. 14.

The play is set on Nov. 21, 1963, when three young Marines set out for a final night of debauchery and partying on the eve of their deployment to Southeast Asia. When Cpl. Eddie Birdlace meets Rose, an awkward and idealistic waitress, he enlists to win a cruel bet with his fellow recruits. However, she rewrites the rules of the game and teaches him the power of compassion.

“Dogfight” was originally produced Off-Broadway in 2012 and features music and lyrics by the Oscar, Grammy and Tony-winning duo known as Pasek and Paul, who would later be known for “Dear Evan Hansen,” “The Greatest Showman,” and “La La Land.”

“Set against the backdrop of a changing, tumultuous time in America, “Dogfight” is a complex and hauntingly beautiful story about the power and importance of loving empathy in a world built to stifle it,” Director Kyle Brumley said in a statement. “It is an especially important story to tell now, with striking social parallels between today and our not-so-distant past of 1963. Dogfight also shows us that the ‘antiquated’ values and attitudes present in the musical are still with us today.”

The rehearsal process included character study, historical background including context on America during the early Vietnam War era, and work with an intimacy coordinator to accurately and safely portray key moments.

“Theatre always explores empathy really well, and “Dogfight” is an amazing example of that,” Woodstock Arts Executive Director Christopher Brazelton said. “This story lets audiences find humanity and empathy in the midst of some shameful moments. This allows us, as an audience, to find empathy for the characters on the stage and extend that to our veterans today...closing with a ‘welcome home’ that was never provided following the Vietnam War.”

“Dogfight” is on stage at the Woodstock Arts Theatre in downtown Woodstock for two more weekends, closing Nov. 14th. The musical contains sexual content, strong language as well as violence, and is recommended for audiences ages 16 and up.

Concessions, Reformation Brewery beer, and wine will be available for purchase.