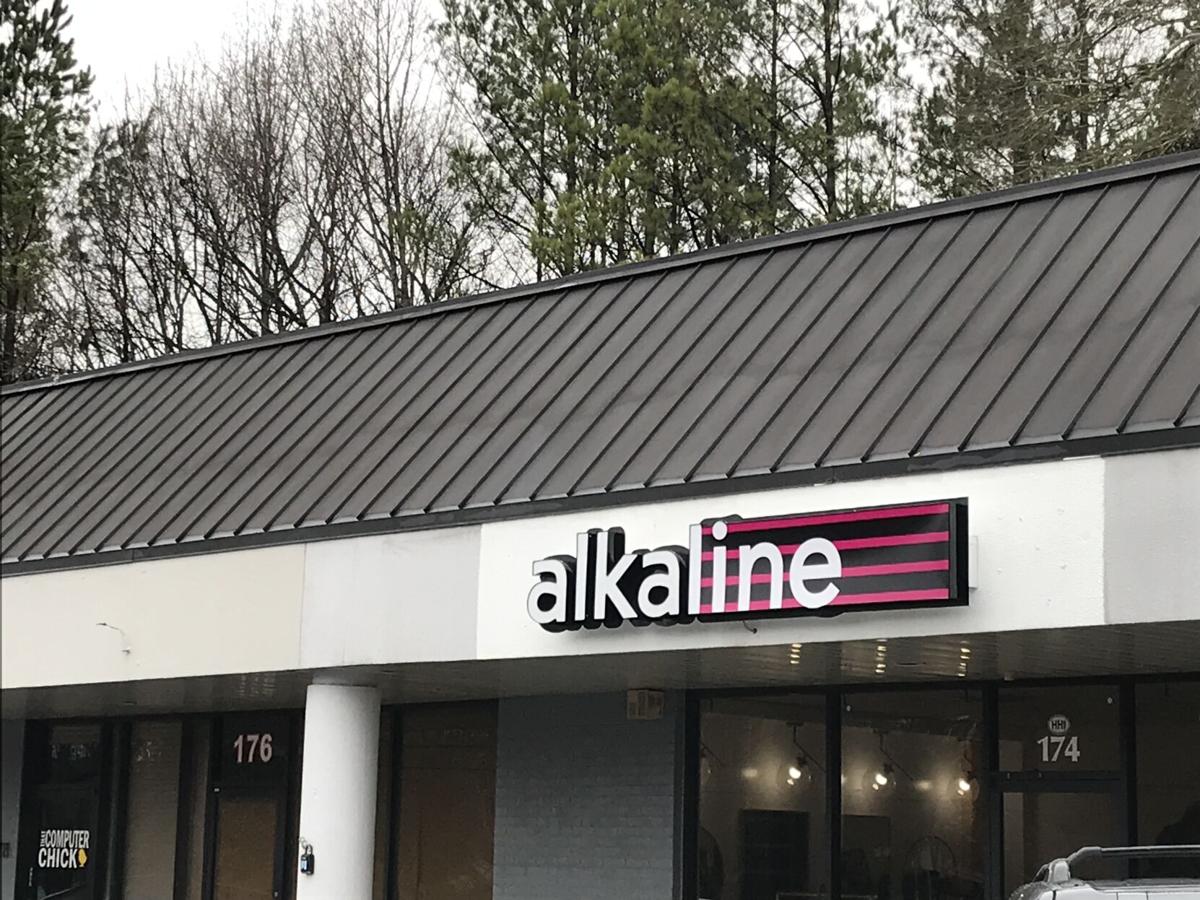 At its most recent meeting, the Woodstock City Council approved a variance request for the sign for Alkaline Suites and Dry Bar at the Towne Lake shopping center. 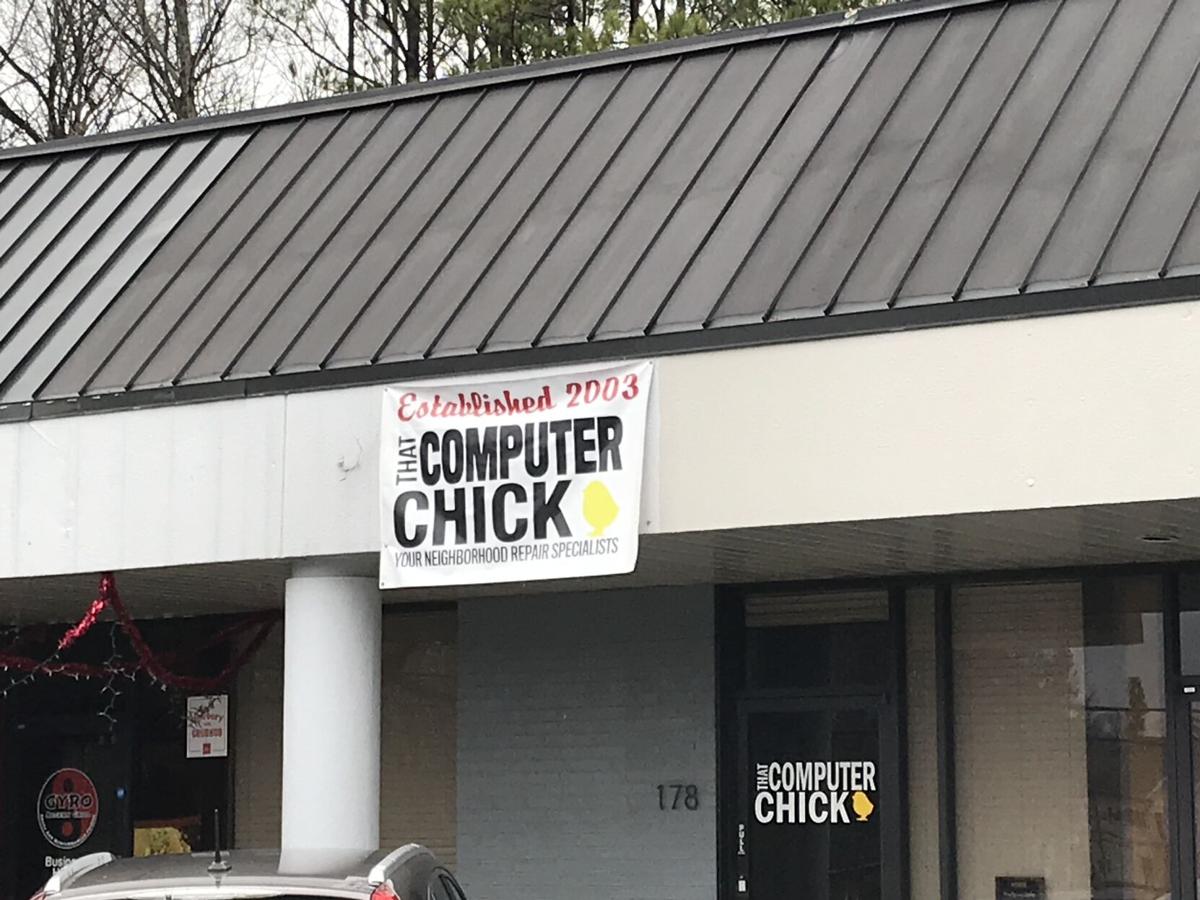 The council also approved a sign variance for That Computer Chick, which would allow the company to reuse the sign it had at its previous location in Marietta.

At its most recent meeting, the Woodstock City Council approved a variance request for the sign for Alkaline Suites and Dry Bar at the Towne Lake shopping center.

The council also approved a sign variance for That Computer Chick, which would allow the company to reuse the sign it had at its previous location in Marietta.

At its most recent meeting, the Woodstock City Council approved a pair of sign variances for businesses located in a shopping center on the edge of downtown.

Situated in the Towne Lake shopping center at 150 Towne Lake Parkway just west of Main Street, both the Alkaline Suites and Dry Bar salon and That Computer Chick electronics repair businesses sought these variances for the signs advertising their companies on the front of the building. The reasoning behind these variances stems from the fact that both signs are essentially faced entirely out of acrylic or plastic, while the standards in place in the Central Business District (into which the shopping center falls) state that no sign installed in the district can be faced in more than 10 percent acrylic or plastic.

“What happened was we approved this sign (the one for Alkaline Suites and Dry Bar) several months ago for them in error,” Senior City Planner Katie O’Connor said. “They (That Computer Chick) have requested the same thing, a channel letter sign faced in 100 percent acrylic, but their permit was appropriately denied because it’s not permitted. With their denial, they contacted us back and pointed to the sign next door that was approved in error, and so that’s when we realized that we made this mistake. So, we asked Alkaline if they would come through the sign waiver process to try to get their sign made legal, and we told That Computer Chick that they also needed to come through the sign waiver process in order to ask to use their sign.”

One key reason That Computer Chick was asking for the request, O’Connor said, was due to the company’s desire to reuse the sign that was in place at its former location. This request also asked for a variance to allow for the sign to be slightly larger than is typically allowed in the Central Business District, exceeding the limit by approximately 3 square feet.

When the development process committee reviewed these cases, O’Connor said they made the recommendation that these variances be granted, but at the same time, recommended city staff work with the shopping center’s owner to establish a coordinated standard for all signs on the building to be adopted moving forward. In addition, the planning commission recommended approval on allowing the size increase for That Computer Chick’s sign.

“We’ve had a first positive conversation about this. I haven’t gotten them to agree to any hard standards or timelines or specifics, but I’m still working on that,” O’Connor said of trying to establish standards for the building signs.

The representative from Alkaline Suites and Dry Bar said the company went through all the channels needed to get the sign approved when it was installed and that the company would accept whatever decision the council made on the matter. Along with this, Matthew Henderson came forward to speak about the requests from That Computer Chick. He pointed out that there are a handful of other signs in the area that are made predominantly out of materials similar to the sign under consideration, while also elaborating more about the financial reasoning behind reusing the sign from the company’s previous location. After operating in Marietta for nearly two decades, That Computer Chick came to Woodstock on Nov. 1 because of financial considerations stemming from the novel coronavirus pandemic.

“We don’t have the resources to devote to a new sign,” Henderson said. “The estimates we got for a new sign was around $5,000 plus installation, which is a lot for us. I also believe this has the power to completely (exhaust) our desperately needed savings.”

Councilman Colin Ake said he was in agreement on finding a uniform standard that could be applied to the building moving forward, while Councilman Warren Johnson had a question about this potential standard.

“How do you envision that? Would it grandfather existing, and future tenants would have to comply with whatever the standard approved format would be?,” he asked.

O’Connor replied, “That is what I’m thinking of proposing,” adding she thought it might be feasible to have businesses already there move toward putting in a sign that is more conforming to the Central Business District standards over a certain period of time.

'Filmed in Cherokee' app shows where films, shows made locally

The Cherokee Office of Economic Development has launched a free “Filmed in Cherokee” mobile app, providing an interactive experience that take…

Prepared Foods by BeesKnees has expanded its reach into downtown Woodstock by partnering with downtown sweets shop Cupcakelicious.