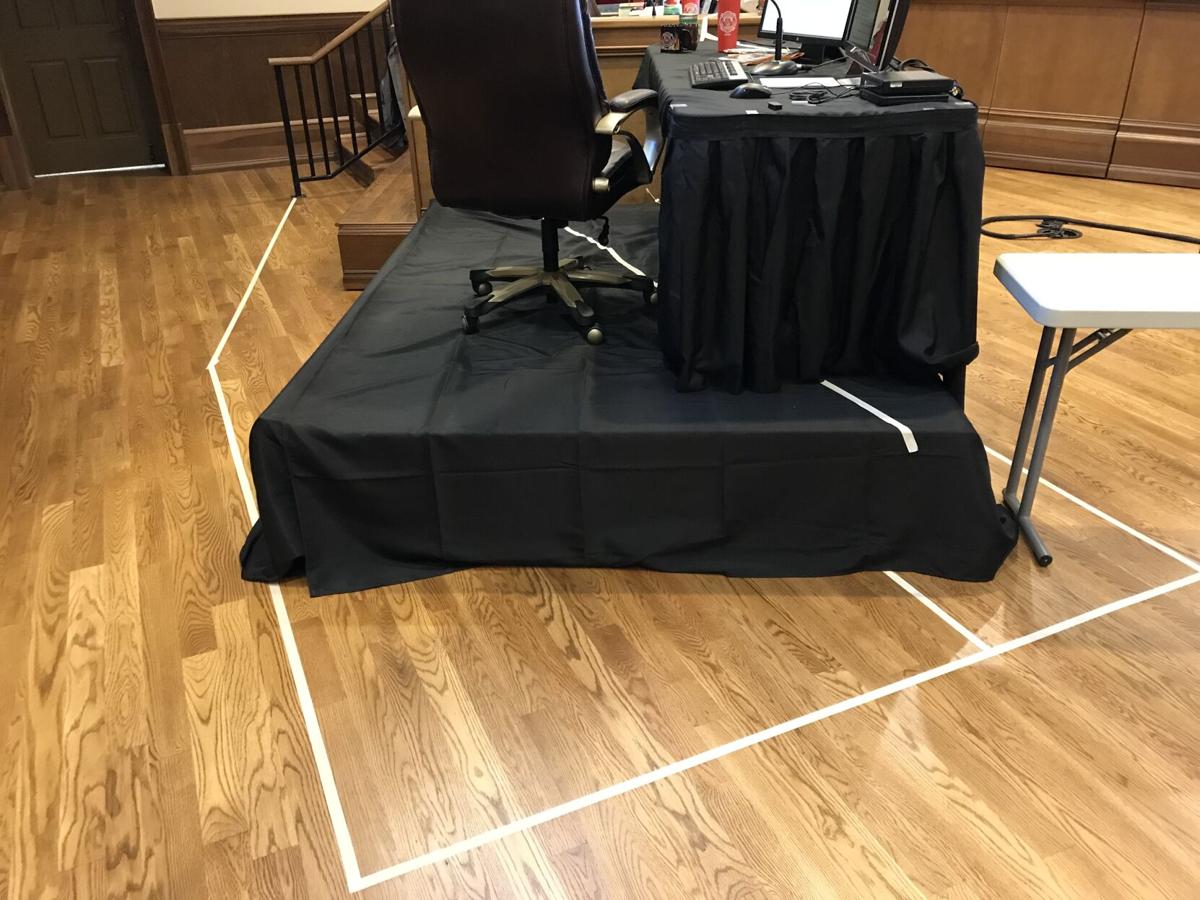 Tape on the floor of the council chambers denotes the size, shape and layout of the soon to be reconstructed dais. 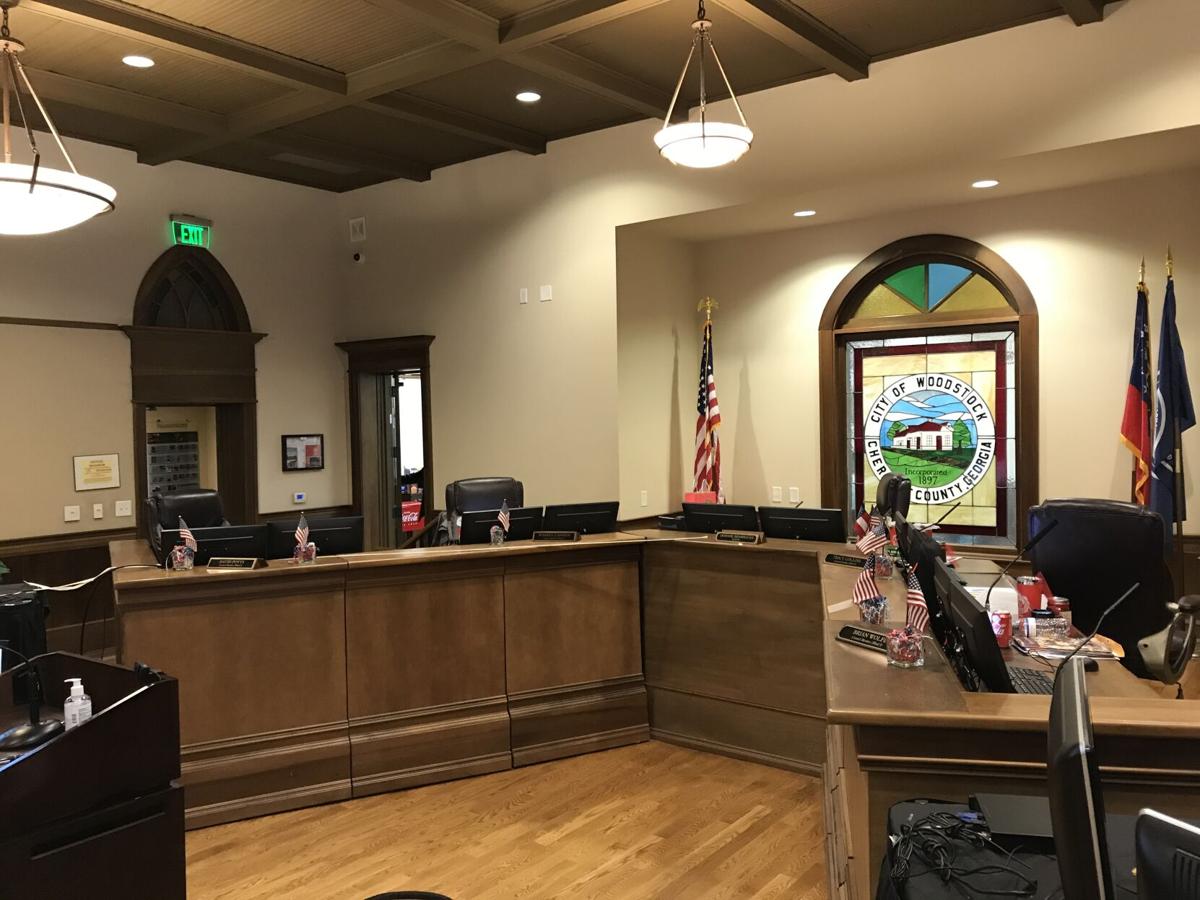 The dais in the meeting chambers of the Woodstock City Council was approved for a reconstruction at the most recent council meeting. The new dais will be built to allow the council members to be facing more outward toward the audience.

Tape on the floor of the council chambers denotes the size, shape and layout of the soon to be reconstructed dais.

The dais in the meeting chambers of the Woodstock City Council was approved for a reconstruction at the most recent council meeting. The new dais will be built to allow the council members to be facing more outward toward the audience.

At the most recent meeting of the Woodstock City Council, members approved contracts worth $151,4377 to upgrade the audio/visual system in the council chambers, as well as reconstruct the facility’s dais.

According to a presentation made by Assistant City Manager Rob Hogan, some of the problems that would be fixed by upgrading the equipment included better sound capture and transmission, improved remote meeting capability, echo cancelling on the sound feed and presentation capabilities in the conference room. Similarly, reconstructing the dais would help angle the council more toward the audience, provide for a ramp or lift to comply with the Americans with Disabilities Act and allow for a safety rail to be installed at the back of the platform.

Hogan said the price tag for the dais was slightly more than budgeted, but that the cost on the A/V upgrades came in under budget, meaning the entire project would cost about $3,000 less than initially expected.

“For the A/V equipment vendor process, the low bid was $113,687,” Hogan said. “We recommend the selection of VisionWorx, LLC. They have stellar references.”

To fully correct the issues noted, it was explained that VisionWorx would replace all of the current microphones and speakers, install multiple cameras to provide for several different angles and replace the audio control system.

When requesting bids for the dais reconstruction, Hogan said the work would involve a custom design with handcrafted woodworking. He said the city solicited bids from 11 vendors, with the lowest being HMC Custom. Similar to VisionWorx, Hogan said HMC Custom came with multiple positive references. Although he added there was no specific timeframe on when the dais would be completed and installed, Hogan did say its on-site installation would take less than a week, thus preventing major disruption of meetings within the facility. To help city officials get a good sense of the size and shape of the new dais, Hogan pointed out there is tape on the floor which approximates where it will be located and how it will be laid out within the council chambers.

“Is it gonna be one piece?,” Councilwoman Tracy Collins asked. Hogan said it would.

Mayor Donnie Henriques asked how its installation would be able to avoid any interruptions of meetings in the chambers. Hogan said that, due to the size and capacity of the shop HMC Custom has for building the dais, the new dais would be able to be built at the firm’s shop, then reassembled on site, instead of the entire project having to take place within the council chambers itself.

Following all of the discussion on the two matters, motions to approve both items passed in unanimous votes of the council.

It was a busy night Monday for the Woodstock City Council, as the council held a discussion on the city’s housing stock and received a present…