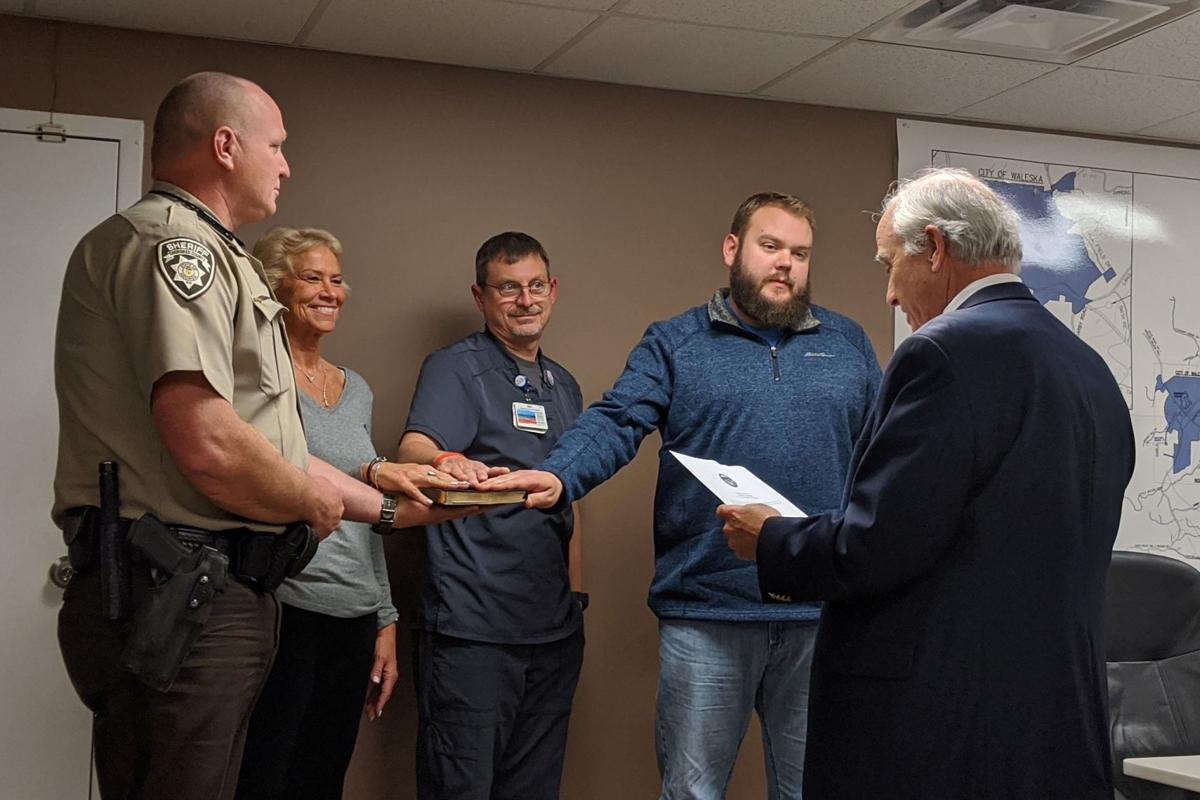 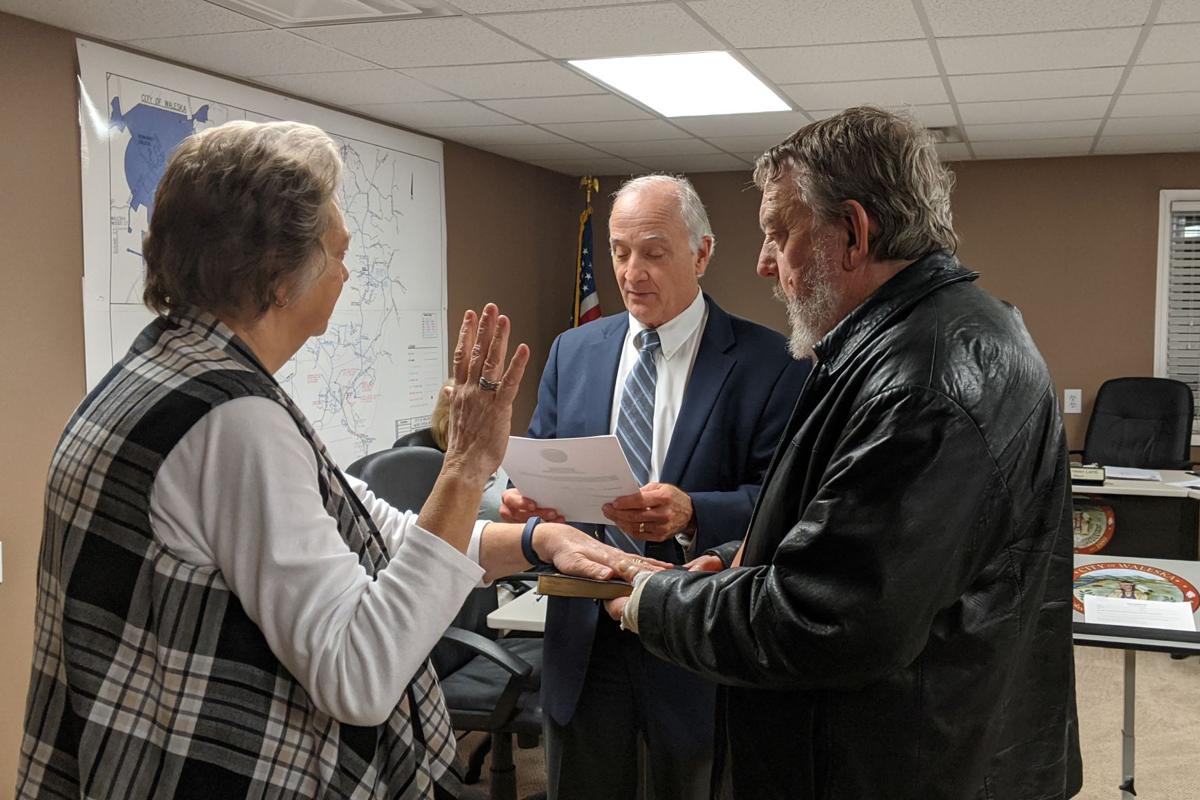 Waleska Mayor Mary Helen Lamb, is sworn in by city attorney John Meier, with her husband Donnie Lamb looking on.

Waleska Mayor Mary Helen Lamb, is sworn in by city attorney John Meier, with her husband Donnie Lamb looking on.

WALESKA — The City of Waleska started the year with positive news: the city’s finances are in good shape, according to its latest audit from Welch, Walker & Associates.

Auditor Tacie Joe Bracken reported to the mayor and council Monday that the firm gave its stamp of approval on the city’s financial statements.

“The best opinion we can give you is an unmodified opinion. What that means is, these financial statements are correct, we don’t have anything to add to them and we’re not making any exceptions. That’s the best opinion, and that’s what Waleska got again this year,” she said to council members at their first meeting of the year. “So we’re pleased to be able to tell you that.”

Waleska ended the fiscal year with $1 million in current assets in its water fund and $74,000 in its sanitation fund. Bracken said the sanitation fund saw a slight loss, but expects that to be fixed when the city moves payroll and retirement expenses this fiscal year.

The city is nearing the completion of projects approved in the 2012 Special Purpose Local Option Sales Tax, with 99.6% of revenues from that tax spent on capital projects. Waleska has yet to start spending the penny tax collections that began in 2018, approved for projects including utility infrastructure and general government and public buildings, and emergency system equipment. At the end of June, the city had a total SPLOST balance of about $605,000.

“We’re almost done with SPLOST 2012, and that checking account’s getting lower, so we’re right on track for finishing that and ready to jump into SPLOST 2018,” Bracken said.

The audit included two “significant deficiencies” on the city’s accounting practices and financial statements. One was to recommend segregation of accounting duties, which Bracken said appears every year on the report because Waleska’s staff is so small, and the other was that the auditors added statements to show end-of-year accruals where the city only had monthly balances.

Also at the meeting, the city held swearing in ceremonies for each of the returning elected officials, including Mayor Mary Helen Lamb and council members Vickie Cline Boswell, Dennis “Hill” Cochran and Lee Lamb.

♦ Approved a transfer of bank accounts to United Community Bank. Some accounts were previously in South State Bank, and the city moved to consolidate the accounts, according to City Clerk and Manager Robyn Smith.

♦ Authorized $5,000 for new “drive-by” water meters that can be read from the street to save time for city employees and contractors.

♦ Voted to increase the wholesale water rate from $2.70 to $3.05 per 1,000 gallons. Smith reported that the City of Canton, which supplies Waleska’s water, had raised its wholesale rate to $3.05.