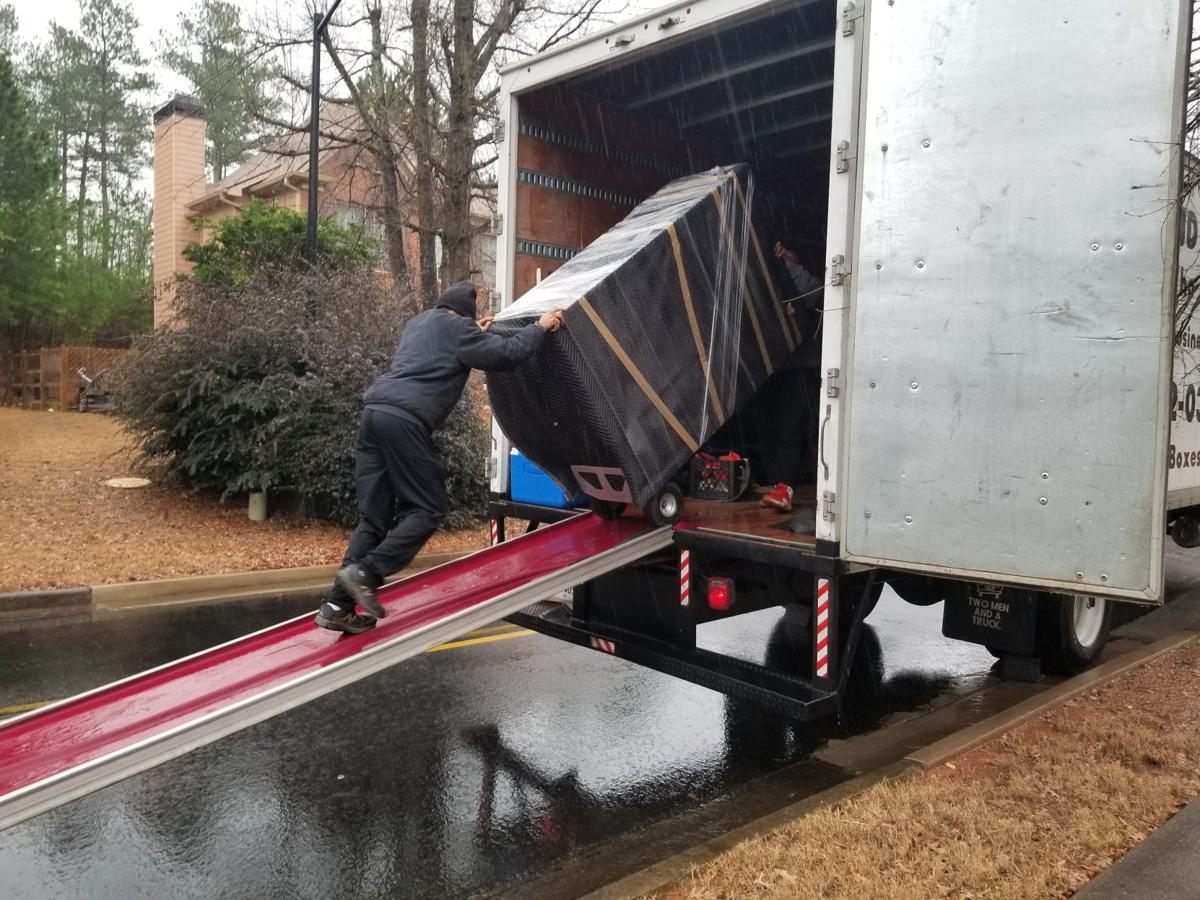 An employee of Two Men And A Truck movers of Marietta loads donated furniture. 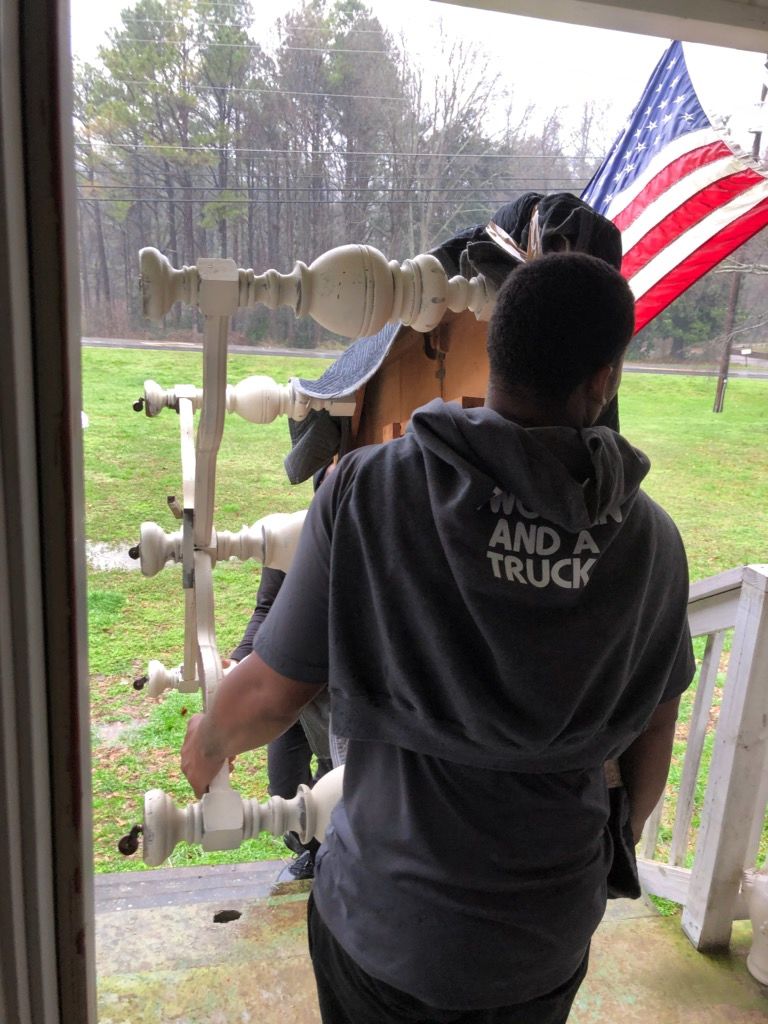 Employees of Two Men And A Truck bring donated furniture into the Macedonia home of Korean War veteran Harvey Whitley and his wife Betty.

An employee of Two Men And A Truck movers of Marietta loads donated furniture.

Employees of Two Men And A Truck bring donated furniture into the Macedonia home of Korean War veteran Harvey Whitley and his wife Betty.

One family's move meant new furniture for a Cherokee County veteran and his family who were in need of it. The compassionate transaction was put together by volunteers with the Cherokee County Homeless Veterans Program.

Canton residents Anna and Michael Robinson were moving from their house in the BridgeMill neighborhood and were looking to donate their furniture to someone who needed it and discovered the Homeless Veterans Program, volunteer Viola Ross said.

Homeless Veterans Program volunteers were aware that Korean War veteran Harvey Whitley and his wife Betty were in the group's Adopt-A-Veteran program and are raising three grandchildren at their home in Macedonia. They were in great need of furniture, Ross said. Cheryl Powell Dana and Ross, who are volunteers with the American Legion Post 45 Women's Auxiliary, organized the move.

Jim Lindenmayer, director of the Homeless Veterans Program helped to coordinate getting the large sectional leather couch, dining room table with six chairs and hutch, end tables, dresser and armoire from the Robinson's house to the Whitleys. He contacted Two Men and a Truck movers in Marietta whose leaders volunteered to load, transport and unload the furniture for free.

The movers and volunteers loaded and moved the furniture on Tuesday afternoon.