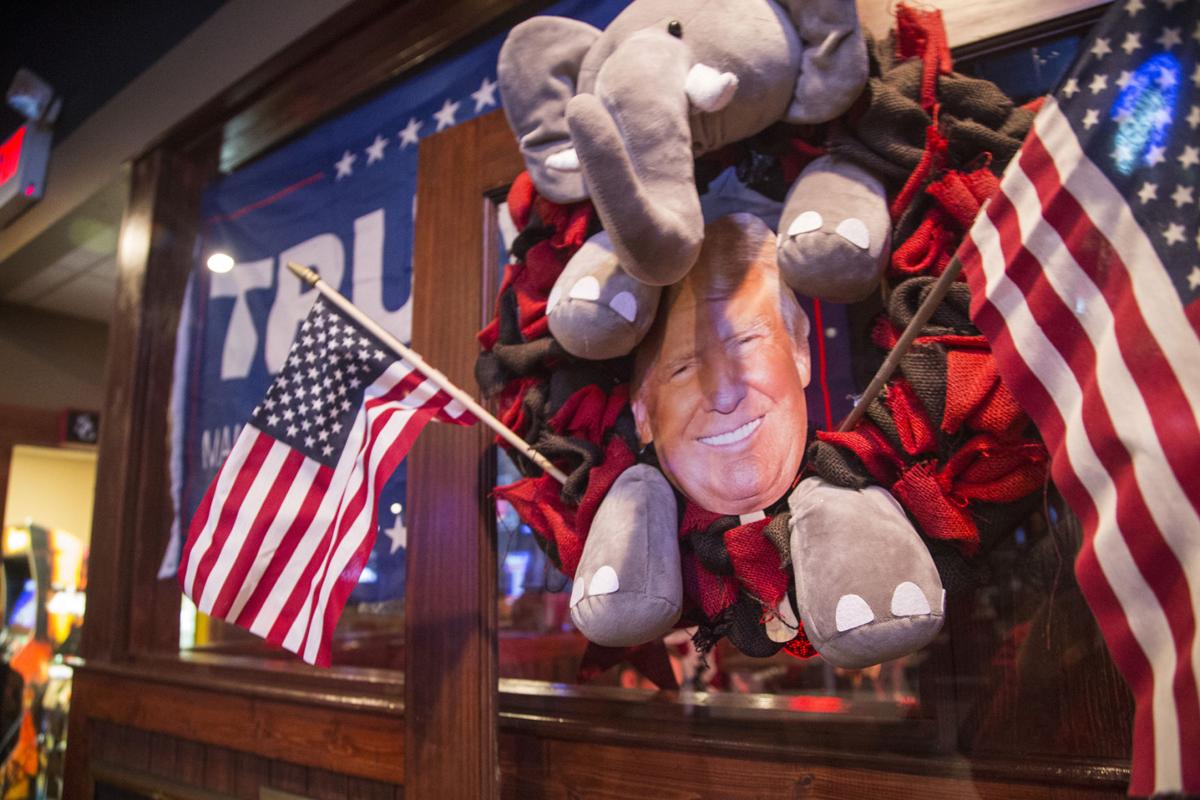 An elephant and a photo of Donald Trump decorate where Cherokee County Republicans watch election results at the Sidelines Grille in Canton on Election Day, Tuesday, Nov. 8. 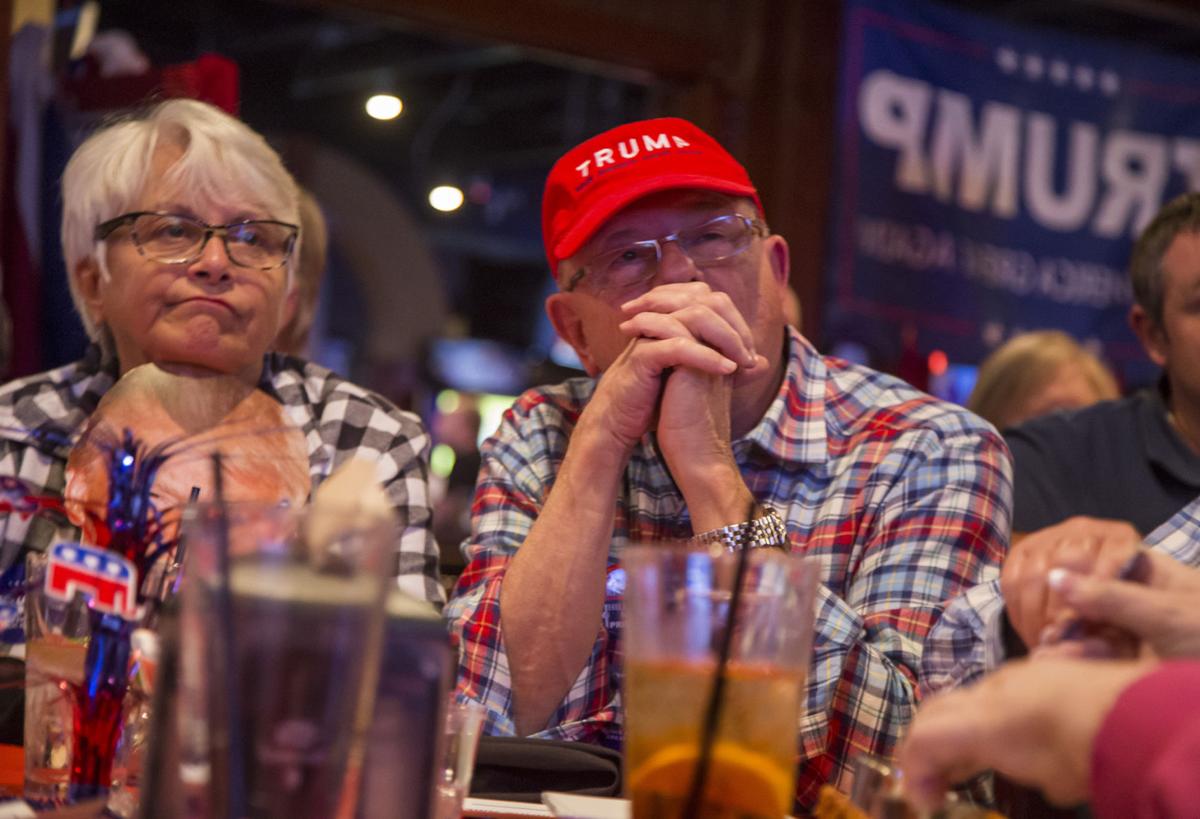 An elephant and a photo of Donald Trump decorate where Cherokee County Republicans watch election results at the Sidelines Grille in Canton on Election Day, Tuesday, Nov. 8.

After the ballots were tallied late Tuesday, Trump led the former secretary of state by a huge margin locally. In Cherokee County, Trump took 73 percent or 77,085 votes to Clinton’s 23,651 or 22 percent.

Elections Director Kim Stancil said everything ran smoothly at Cherokee County’s 42 voting precincts as the long lines of early morning voters dwindled down to make way for a steady stream of residents the rest of the day.

But results came in slowly early in the evening in Cherokee County, as election officials worked to count about 6,000 absentee ballots. Next to come in were the 62,492 early votes, with those results rolling in just before 9 p.m. At that point it was clear that Republican Donald Trump would carry the county.

Statewide, the race was much closer and by midnight Wednesday, election maps showed Trump leading with 52 percent of the vote to Clinton’s 45 percent, with 146 of 159 counties in Georgia reporting.

Nationwide results told a different story, however, and as of press time, the race for the White House was still too close to call.

Cherokee County’s Democratic and Republican Party leaders looked on anxiously as election results trickled in but both sides remained optimistic that their respective candidates would win the election.

Georgette Thaler, a member of the Cherokee County Democratic Committee, said Tuesday night that she was shocked it was so close between her candidate, Clinton, and Trump.

She said the only positive thing about the evening was that the Education Special Purpose Local Option Sales Tax passed and Amendment 1 was defeated.

In the race for U.S. Senate, incumbent Republican Johnny Isakson defeated Democrat Jim Barksdale and Libertarian Allen Buckley. The three-man race was called in his favor by 9:30 p.m. and the incumbent Senator will cruise back to Washington after receiving about 55 percent of the vote in the state.

In the Congressional race for District 11, U.S. Rep. Barry Loudermilk, R-Cassville, had a comfortable lead over Democratic Challenger Don Wilson in the county. The district makes up parts of Cherokee, Cobb and Bartow counties. Early election results showed Loudermilk leading with 80 percent of his district’s vote.

In the race for State Senate District 56, early results showed Sen. John Albers, R- Roswell, was well on his way to defeating Democratic challenger Patrick Thompson. As the votes were tallied, the Republican senator led his opponent with 69 percent of the county’s vote.

In the race for House District 22, Rep. Wes Cantrell, R-Woodstock, sailed back into office, handily defeating Democratic challenger Oscar Hajloo with more than 88 percent of the vote.

Cherokee County shattered its 2012 early voting record this year as 66,650 residents voted in-person or by mail by the time the three-week early voting period came to a close Friday night.

In the 2012 presidential election, 98,569 of the county’s 128,873 active voters cast ballots for a 76.5 percent voter turnout. Stancil predicted a voter turnout of 80 percent in this election and by the time early voting came to an end Friday evening more Cherokee County residents showed up to the polls early than ever before.