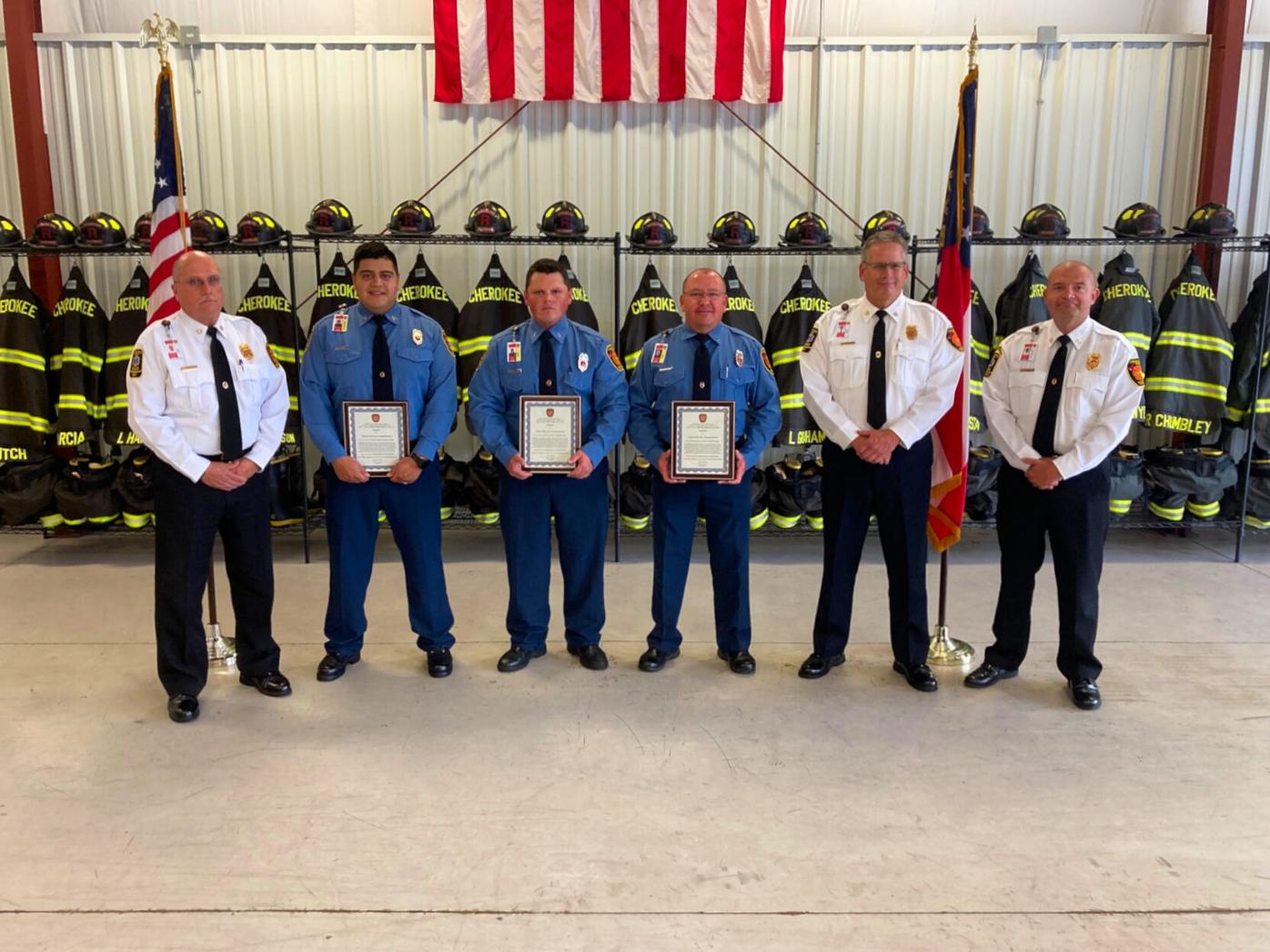 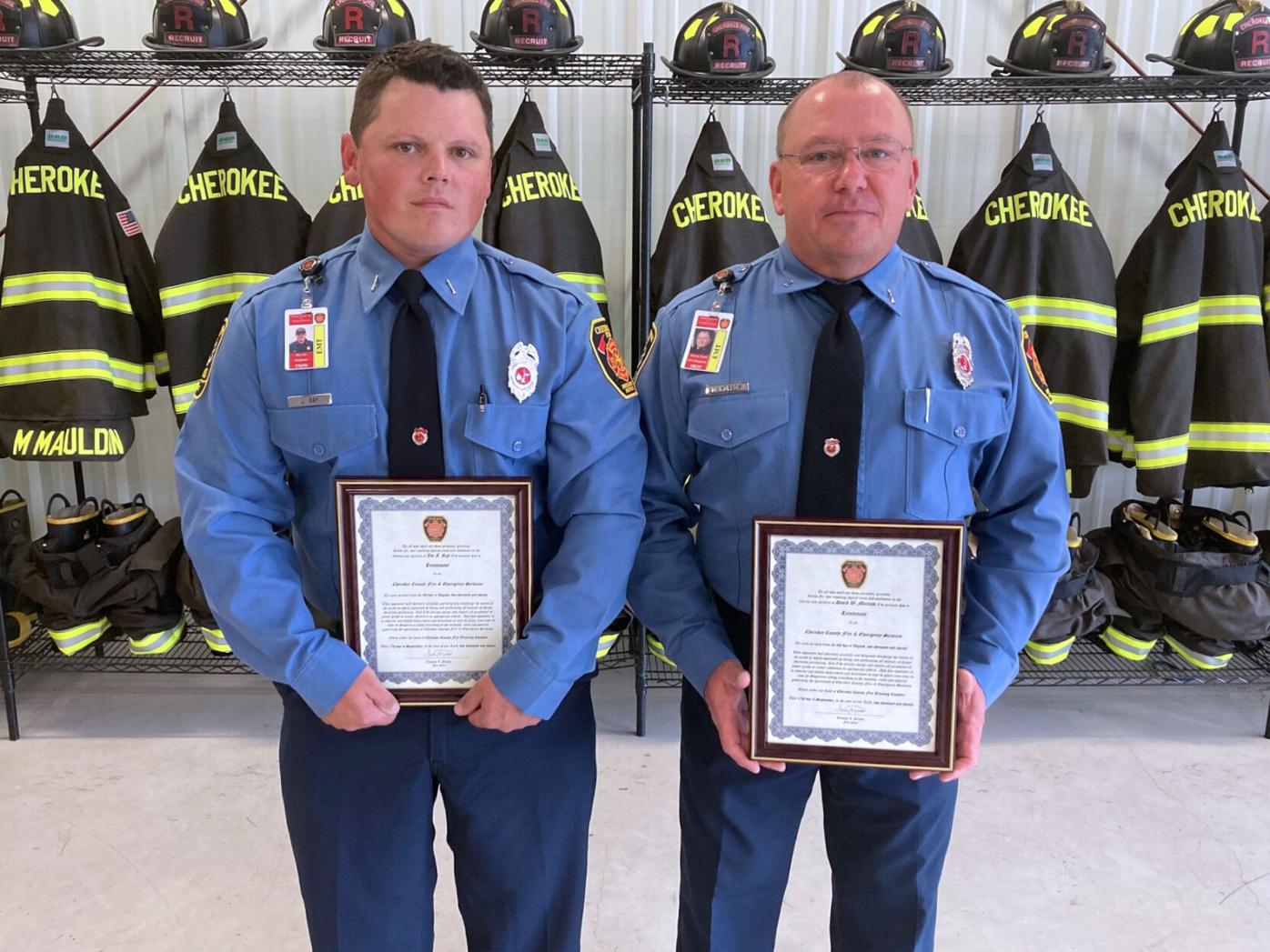 Firefighters Joe Ray, left, and David Morrow were recently promoted to the rank of lieutenant with Cherokee County Fire and Emergency Services.

Firefighters Joe Ray, left, and David Morrow were recently promoted to the rank of lieutenant with Cherokee County Fire and Emergency Services.

During the ceremony, Fire Apparatus Operator Manuel Zapeta was promoted to the rank of sergeant, while David Morrow and Joe Ray were both promoted to the position of lieutenant. Morrow started volunteering with the Hickory Flat Volunteer Fire Department in March 2001, was hired on full-time with the county department in 2002, was promoted to sergeant in August 2003 and became a fire inspector in 2019. Ray came to the county fire department during the 2017 consolidation of the Canton and Cherokee County fire departments, and has served as a sergeant since 2015. Lastly, Zapeta has served the county as a firefighter since being hired in June 2014.

Following the ceremony, refreshments were served as friends, family and coworkers congratulated the three firefighters on their promotions.

County weighs in on Canton annexation

In a 3-2 vote at its most recent meeting, the Cherokee County Board of Commissioners approved making a handful of changes to the county’s zoni…