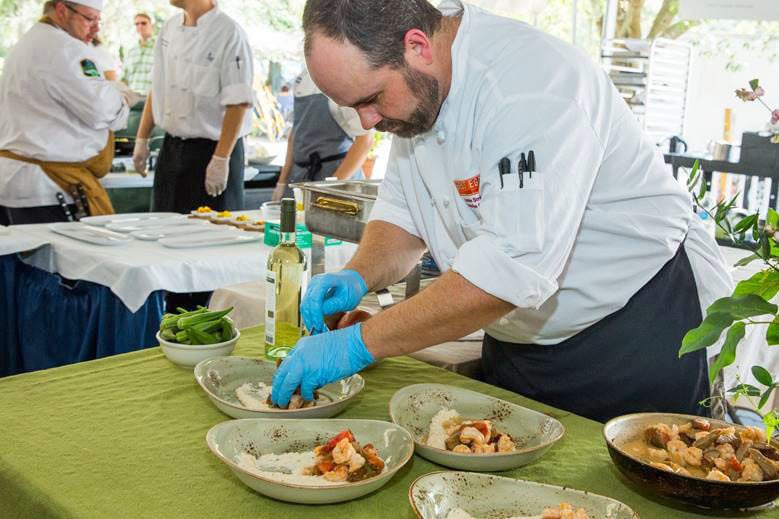 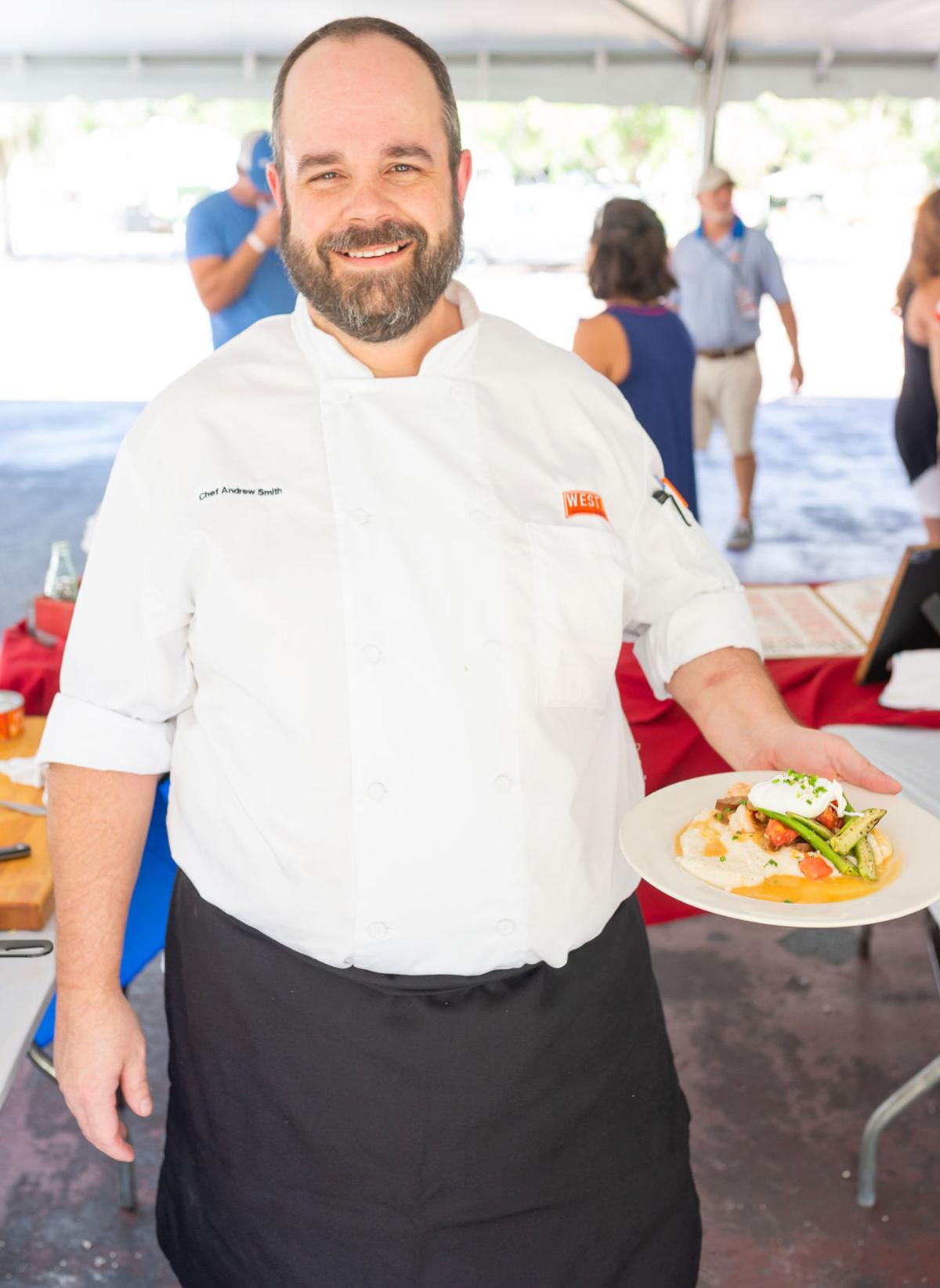 Andrew Smith is traveling to Jekyll Island once again to battle for the title of Georgia’s Best Shrimp & Grits.

The executive chef at West Egg Café in west Midtown finished second in the competition last year at the Jekyll Island Shrimp & Grits Festival after winning the crown in 2016 (the event was canceled two years ago due to Hurricane Irma). This year’s festival is set for Sept. 20 through 22, and the competition is Sept. 21.

Smith, a Canton resident, has a shrimp and grits dish that includes wild Georgia shrimp, grits, tomatoes, okra and eggs sourced from local farms and andouille sausage. He said he likely won’t change the recipe for this year’s competition but may tweak it in another way.

“I’m playing around with some of the presentation, reworking how the dish looks, but nothing concrete yet,” Smith said. “I just want to give it a nice, fresh appearance.”

This year, with Quaker Oats sponsoring the contest, the winner not only will get $2,000 but also will be featured on the Quaker website (www.quakeroats.com/grits).

Nancy Kring Rowan, director of events for the Jekyll Island Authority, which is hosting the festival, has never tried Smith’s shrimp and grits dish because she’s lactose intolerant, but she’s heard glowing reviews about it.

“Everybody else has raved about it, including our executive director (C. Jones Hooks) and my event team. I send them over to taste everything,” she said.

Rowan, who has helped organize the competition since 2008, said it is “a fabulous opportunity to highlight the diverse culinary talents we have around our state.”

She said the festival, which draws about 45,000 attendees annually, features much more than just the cooking competition, including live music, an artists market, a 5K fun run and a craft brew fest.

“It stands out because we are truly about Jekyll Island,” Rowan said. “We’re a state park. We’re all about family and having fun and highlighting what’s important about our island and Georgia as well. … When you come to Shrimp and Grits you’ll see what Jekyll Island is all about with the beauty of the palm trees and Spanish moss. We’re in the historic district. It’s all about sharing what’s important and special about our island and our state.”

Smith said he looks forward to both the contest and the festival as a whole, adding he hopes the weather is good.

“It’s such a fun festival down there, and it’s great to get out of the restaurant to do fun things like this,” he said. “The people down there have always been very nice and welcoming, and it will be good to be down there to be part of it.”