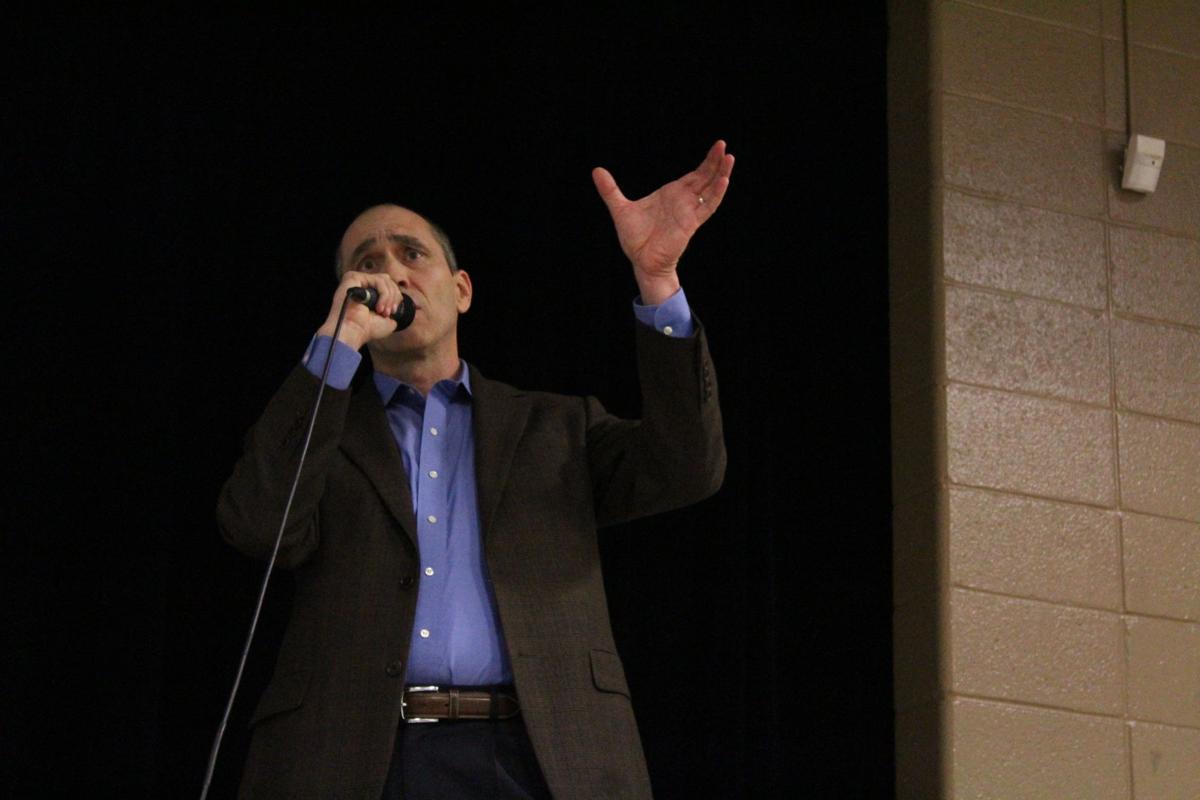 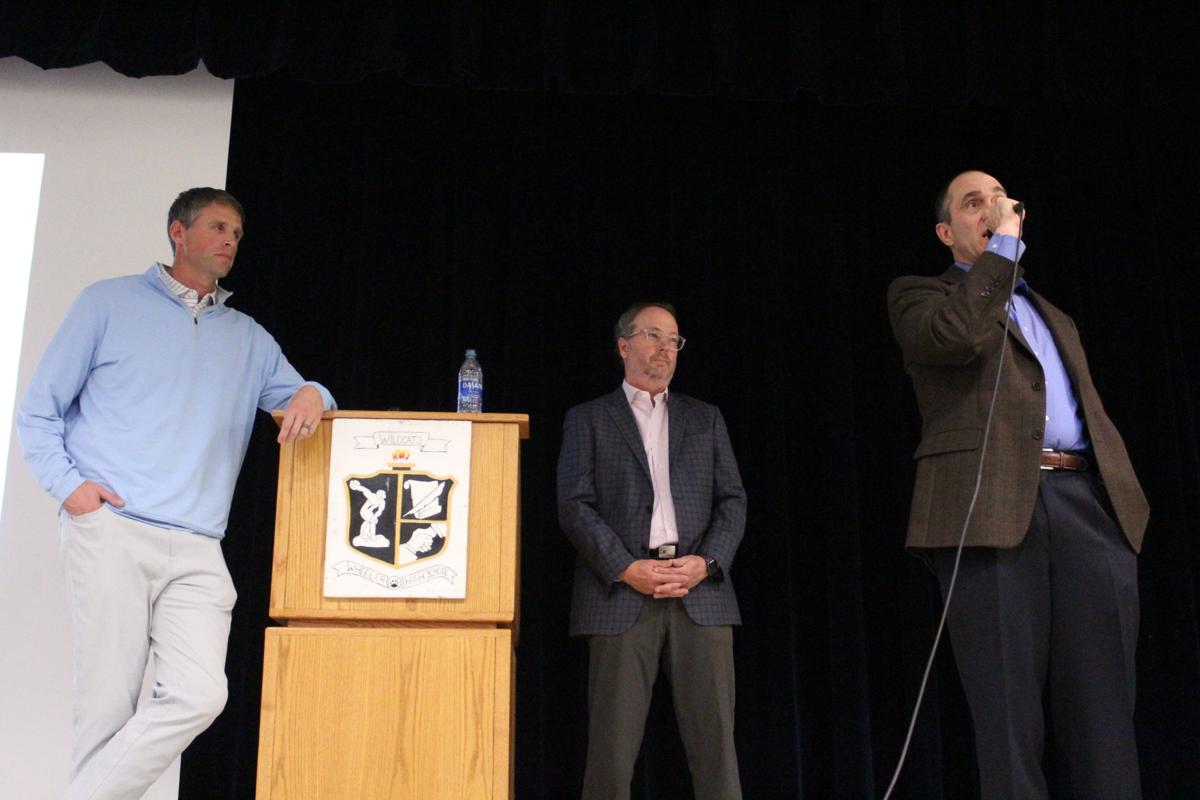 From left: Rob Eble, David Birdwell and Bill Green spoke at a town hall at which they explained the reasons for and financial implications of east Cobb cityhood

From left: Rob Eble, David Birdwell and Bill Green spoke at a town hall at which they explained the reasons for and financial implications of east Cobb cityhood

EAST COBB — At a town hall they occasionally struggled to control, proponents of cityhood for east Cobb laid out their case for putting select municipal services in the hands of the approximately 100,000 people who live there.

Cityhood, they told the crowd at Wheeler High School’s auditorium Monday night, would be a means of lowering property tax rates while improving police and firefighter response times and servicing of local roads. It would also put zoning decisions in the hands of a city council.

But opponents, some of them shouting from their seats, asked how it would impact the area’s schools and whether it would financially cripple the rest of the county.

Bill Green, a retired financial executive and co-author of a recent study concerning the financial implications of incorporation, joined them onstage.

Birdwell shared a new map of the proposed city, which expanded its limits. It was redrawn to include Pope and Lassiter high schools’ attendance zones.

Much of their presentation dealt with the financial implications of incorporation. The parameters of the discussion were set by a feasibility study the group commissioned last year, as required by state law. Conducted by the Center for State and Local Finance at Georgia State University, it concluded that the area could incorporate without raising taxes.

Green, a self-described libertarian, said he found the study lacking. He and four others conducted their own review of the feasibility study, and while they found its overall conclusion to be true, they disagreed on some of the finer points.

Green said the main point of difference between his findings and the university’s has to do with how and when a city of East Cobb would take over policing services from the county. The finance group believes if east Cobb were a city, it should implement its own police department only after negotiating an “equitable revenue-shifting agreement” with the county, which would probably take a couple of years depending on legal proceedings. That would ensure east Cobb residents weren’t paying twice for policing, by paying tax into the county’s general fund for Cobb police as well as to the city for its own police department, the group claims.

“I think all of us probably know east Cobb is the golden goose in Cobb County,” Green said. According to his estimates, the area gets $1 in services for every $2 its residents pay in taxes.

Keeping a portion of those tax revenues within the city’s limits would be a windfall for its residents, he argued: “There’s so much money sloshing around that there’s a tax cut to be had.”

Birdwell, speaking before Green, said 10 other cities in the metro area saw their property tax rates hold steady or decline since their recent incorporation.

Some in the crowd thought taking that revenue stream from the county government might not bode well for Cobb’s other residents. When one person asked what effect incorporation would have on Cobb, the crowd expressed its concerns with mild applause.

Citing the counties of those other recently incorporated cities, Birdwell said their counties “are still functioning and healthy.”

“It really comes down to self-determination,” Birdwell said. “It’s time for east Cobbers to decide the fate and future of east Cobb.”

“I believe in smaller government. I believe in local government,” said east Cobb resident Walt PicKell. He and others supporting cityhood said they suspected that opponents were not from the area, citing their concern for the county’s finances.

But two attendees who told the MDJ they were inclined to vote no live within the proposed city’s boundaries.

“I don’t see how we really need it,” resident Judi Beeler said before the meeting began. “I’m pretty happy in Cobb,” she added. “I just wanted to hear the other side of what I’ve been hearing and make an informed decision.”

Another east Cobb resident, John Morgan, said cityhood is “a solution in search of a problem,” given the already excellent municipal services he said he enjoys.

Morgan feared the disruption of those services should the city incorporate, saying it wouldn’t be fair to the minority who chose to remain unincorporated and will see a change of services — if proponents can muster 51% of the vote, something he doubts.

“At the end of the day we’re all going to get to vote on it,” PicKell said.

At the earliest, voters could decide the matter in the general primary on May 19, 2020, with the approval of cityhood triggering a vote to fill municipal offices in that year’s November general election.