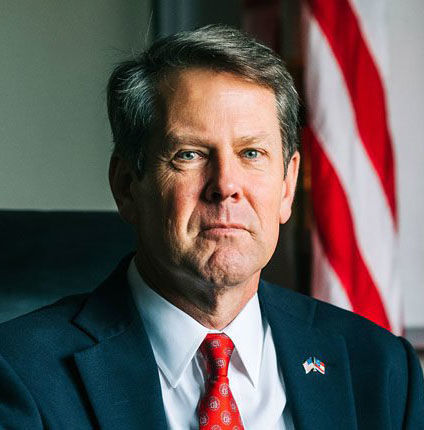 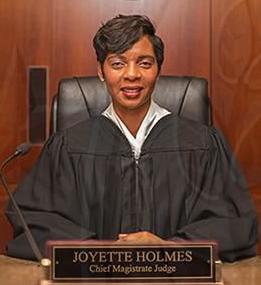 Cobb County’s next district attorney will have a judge’s robe to hang up before stepping into the new role.

Gov. Brian Kemp on Wednesday named Cobb Chief Magistrate Judge Joyette Holmes as the county’s next district attorney. Holmes had been the first woman and the first African-American to serve as Cobb’s chief magistrate judge upon being appointed to fill the vacant role by the Cobb Superior Court in 2015.

She will mark those same firsts with her appointment to head the DA’s office, the starting date of which has yet to be determined.

“It’ll be a historic appointment, which I’m certainly proud of that, but I think it’s more important to point to the great things Joyette has done, her leadership in the community and her service in the past, and that’s what is going to make her a great district attorney,” Kemp told the MDJ Wednesday afternoon.

Shortly Kemp called and offered her the role Wednesday afternoon, Holmes said she was “extremely honored and humbled” to be selected by the governor.

“Having taken over the role of chief magistrate judge four years ago and coming up through leadership in the state magistrate court council, I am confident that the administrative portion and having to deal with a staff and a multi-million-dollar budget, I’m easily prepared for that,” Holmes said. “When people think of a judge, they just think of the person who sits on the bench to hear the cases, but we have a staff over here of over 70, including 16 other judges who hear cases on a 24-hour basis.”

It was that executive experience, along with the sum of her professional career, that Kemp pointed to as reasons for his choice.

“For somebody that has run large agencies, I’m going to be picking people who are competent in running an agency, that can move government along and make it more efficient, follow the laws that we have and not try to, certainly in a DA’s instance, try to make laws,” Kemp added. “She also has experience as a prosecutor, (and) she’s also been in the private practice side of things, so I think she brings a wealth of experience and knowledge, and certainly I believe she’ll gather a lot of support in the local community.”

Holmes, who was elected to a four-year term as chief magistrate in 2016 on the Republican ticket, will succeed interim District Attorney John Melvin. Melvin was appointed interim after Kemp chose then-District Attorney Vic Reynolds to serve as director of the Georgia Bureau of Investigation in February.

Melvin, as announced in February shortly after assuming the interim DA role, will serve as Reynolds’ chief of staff at the GBI once Holmes begins her new position.

Prior to being appointed as the chief magistrate judge, Holmes served as a prosecutor under Reynolds and Cobb County Solicitor Barry Morgan. Holmes also operated and served clients in private practice in the Law Office of Joyette Holmes.

“I don’t think public service is specific to any position. I am led to serve, and I want to serve in any capacity where I am able to have an impact on the community where I live and raise my children,” Holmes said. “I would just say the things I want to do and achieve not only for myself but for my girls and this community, they’re not specific to the role or me being called ‘judge’ or having the opportunity to wear a robe.”

As for any historical implications of getting the job, Holmes said, “It’s an important thing to note for sure.

“(But) I think the thing that I am extremely proud of … is having been a prosecutor in both the solicitor’s office and the DA’s office, being in private practice, that I am qualified to hold the position of district attorney. My career to this point has been such that the qualifications needed to do the job I hold,” she said. “I think as well having a voice that may be different from what has been in that office is important as well.”

Holmes will serve as Cobb DA for the remainder of Reynolds’ term, which expires at the end of 2020.

Reynolds himself back in February said he would consider Holmes as “a fine fit.”

“She’s an excellent magistrate judge. She was an excellent prosecutor for the Cobb DA’s office. She’s a fine individual,” Reynolds said.

Holmes said among her first priorities in the new role will be making the transition to a different aspect of the legal system.

“We rely on a lot of awesome prosecutors as well as investigators and other professional staff in the office to do the job the county depends on. First and foremost, it will be making that transition and making sure the confidence within the office is what it needs to be,” Holmes said. “And then out of the gate, dealing with a lot of the initiatives that not only our current governor has, but also our previous governor, Gov. (Nathan) Deal, and balancing the crimes that occur in the county, putting those people who are dangerous and who need to be away from the public in custody, and finding alternate resolutions for those who need that rehabilitation or who aren’t the people that we’re scared of but need to be rehabilitated.”

Her accolades include being named one of Cobb Life Magazine’s “20 Rising Stars Under 40” and as a Woman of Achievement for the Cobb County NAACP. Holmes also serves on the boards of MUST Ministries and the Cobb Community Foundation.

Education: Dual Bachelor of Arts degrees in psychology and criminal justice, University of Georgia; juris doctorate degree from University of Baltimore School of Law in Maryland.