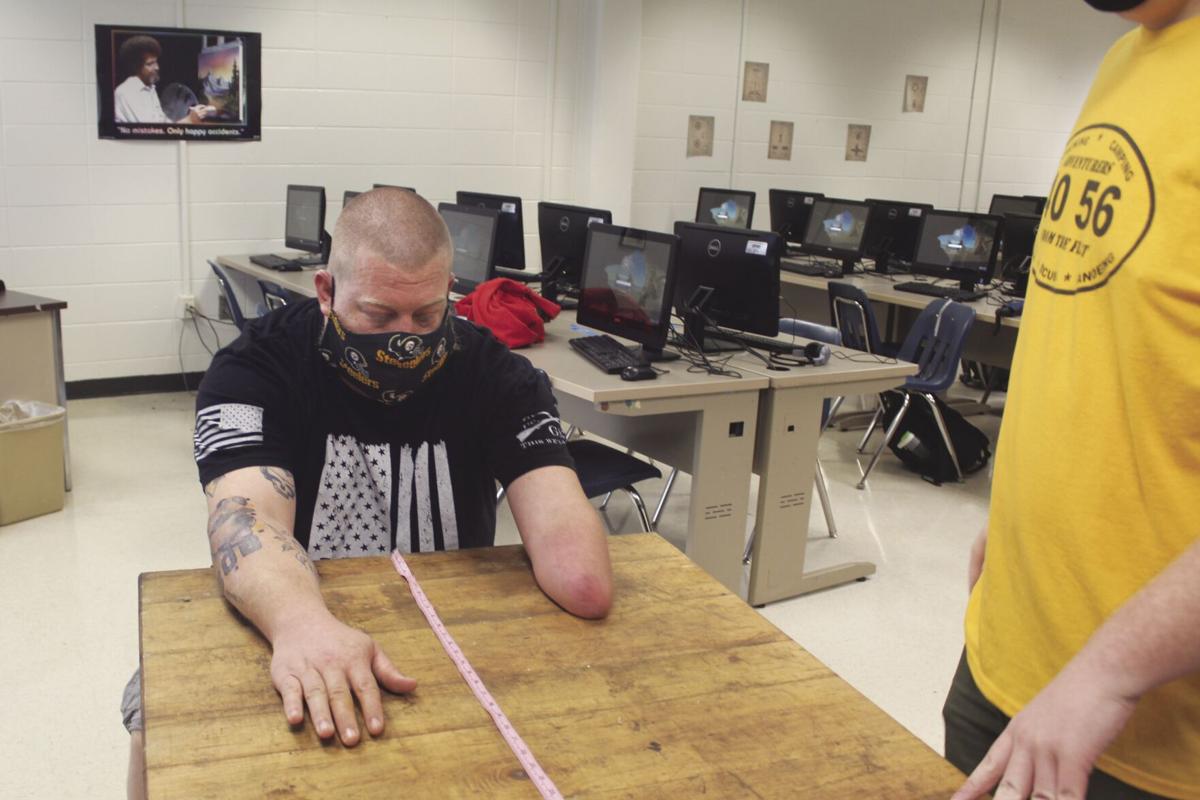 Canton resident Tim Andrasy is one of many people who Daniel has helped through his Eagle Scout project. 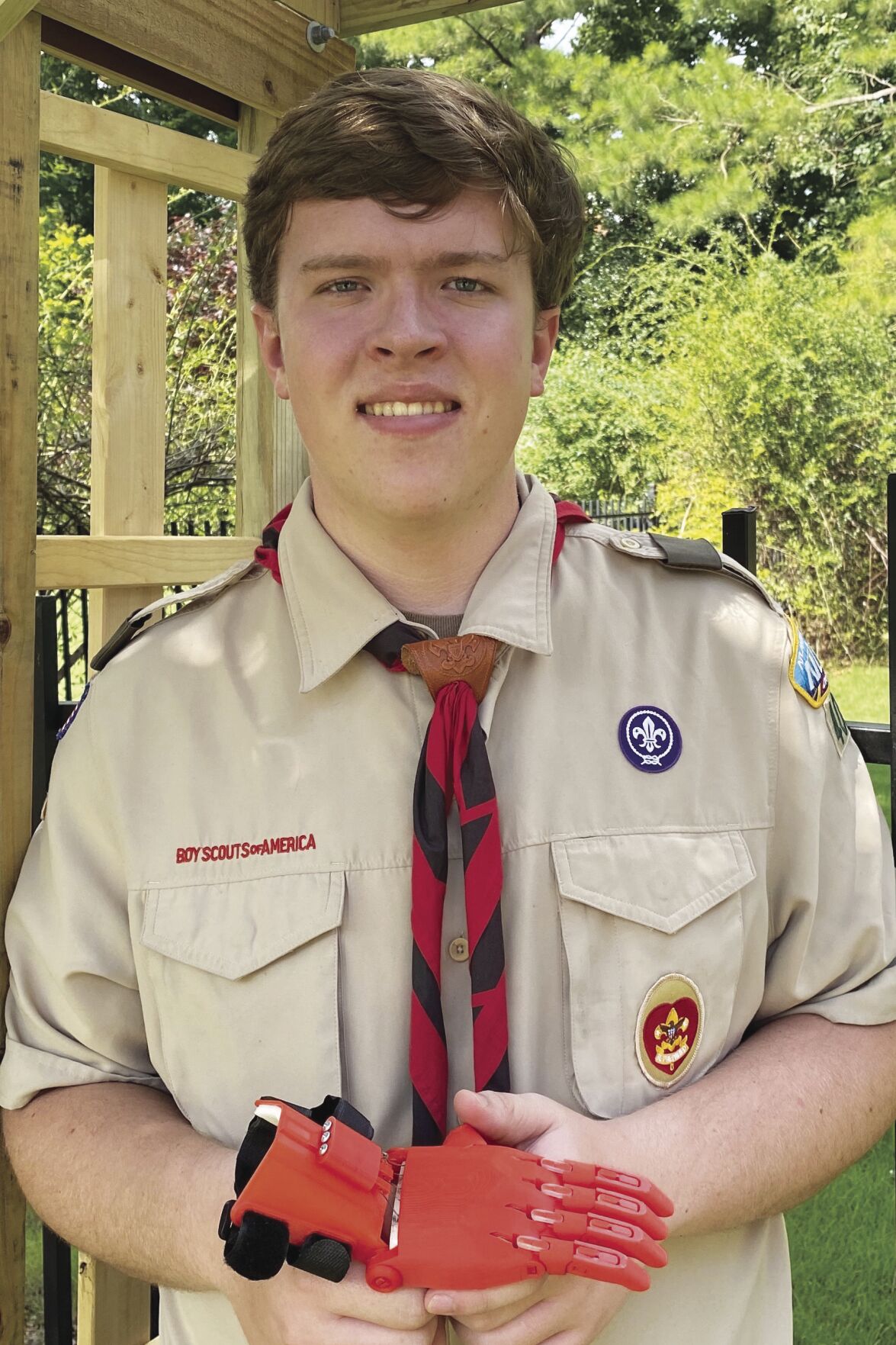 For his Eagle Scout project, Sequoyah High School senior Daniel McCrobie decided that he wanted to help out those in need through his knowledge of 3D printing. 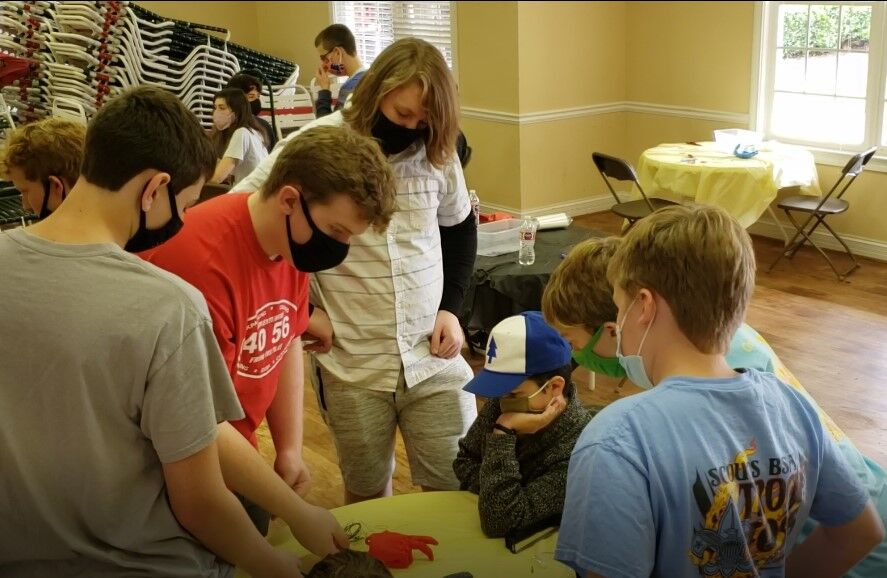 Daniel at his workshop showing students the process of 3D printing prosthetics at Bradshaw Farms on Sept. 19.

Canton resident Tim Andrasy is one of many people who Daniel has helped through his Eagle Scout project.

For his Eagle Scout project, Sequoyah High School senior Daniel McCrobie decided that he wanted to help out those in need through his knowledge of 3D printing.

Daniel at his workshop showing students the process of 3D printing prosthetics at Bradshaw Farms on Sept. 19.

For his Eagle Scout project, Sequoyah High School senior Daniel McCrobie decided that he wanted to help out those in need through his knowledge of three-dimensional printing.

Daniel said that his coach suggested several public outreach projects that he wanted the team to do. This was when Daniel was told about e-NABLE, which is a global company that focuses on creating and sharing source designs for prosthetics to help those in need.

“I learned a lot about e-NABLE and I immediately became interested because I saw it as an opportunity to have that Eagle Scout project that would pertain to my skills,” Daniel said. “I was able to use this Eagle Scout project as part of my contribution to the robotics team as well.”

The next step was figuring out how to raise enough money to get the project going. Daniel’s mother Rosey said that his Eagle Scout project was paid for through “corona keys,” which are specially made keys that fit around, or on, a door knob or handle, allowing the user to open the door without touching the knob or handle.

“I asked him to print me one of the ‘corona keys’ that I had seen being used by some people, so he did,” she said. “I took a picture of it, put it on my Facebook, and it blew up. People were messaging me asking how to get one. I went to Daniel and said there is a market for this. Daniel’s father came up with the idea to sell these corona keys to help fund his Eagle Scout project, which was accomplished in 10 days.”

With funding out of the way, it was time to start on the project. Rosey said Daniel received certification, assembled a demo arm, and had to meet a variety of other requirements before he could start. Once everything was settled, he began working on the set up and began taking clients.

“I have dealt with several clients now, not just in America, but around the world,” Daniel said. “For instance, I helped a man in Alabama who was missing fingers and a part of his hand due to a pyrotechnic accident. He sent in pictures detailing the measurements, and I took it from there. I worked with a man in China who lost his hand due to cancer, a little girl in Canada, and a case in Germany, to name a few.”

Daniel said the prosthetic limbs are created through a variety of stages, including determining which hand, limb, or device goes where to which recipient, determining measurements, downloading the file with all of this information, and placing the file in a slicer so the 3D printer can read it. Daniel added that after it starts printing at the correct size, the kits or required parts are then ordered to assemble the needed object.

Alongside his work with clients for his project, Daniel has also participated in two workshops, and opened a chapter of e-NABLE in Cherokee County, based out of Sequoyah.

Daniel said that he has gained an interest in biomechanical engineering through this project, and plans to pursue a career in research and development for prosthetics.

To donate to the Sequoyah chapter, visit www.venmo.com/sequoyahrobotics.